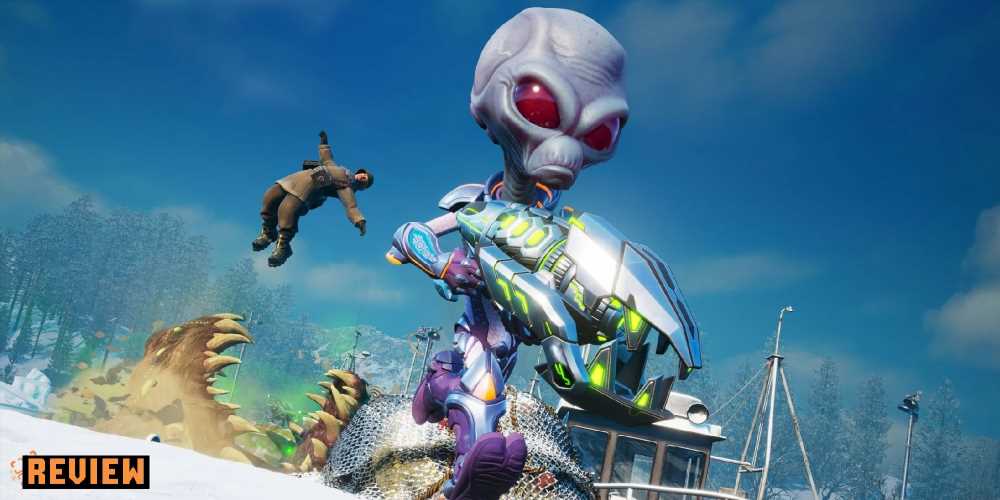 Destroy All Humans works so well because it has so much fertile ground to parody. Crypto and the nefarious Furon Empire surface on a planet that is still reeling from World War 2, in constant fear of nuclear annihilation and the idea of corrupt, communist powers walking among them. There was also the explosion of classic sci-fi spawned in the wake of the Roswell Crash of 1947, an incident that spawned a generation of alien enthusiasts enamoured with the unknown and coming into contact with beings from another world.

Combine that with a United States still clinging to dated xenophobia alongside the dawn of new technology, and you had the perfect recipe for an open world alien adventure filled with clever jokes and unexpected observations on B-movie stylings. It was Mars Attacks given video game form, and the now defunct Pandemic Studios did a phenomenal job of bringing it to life. Yet its success meant sequels, and the further Destroy All Humans ventured into the future the less interesting it became. Government conspiracies and national paranoia are far more interesting than outdated hippy jokes and crude remarks on free love and taking drugs.

Destroy All Humans 2: Reprobed simply isn’t as compelling as its predecessor, falling short both narratively and mechanically despite trying to push the overall formula forward. Existing features are overcomplicated with additional button presses, while other new weapons and abilities either don’t serve a good enough purpose or are a chore to even bother with. Stick with the Zap-o-Matic and Disintegrator Ray and you’ll get by just fine, and given how easy it is to upgrade weapons and become overpowered you’ll be scorching humans in no time. 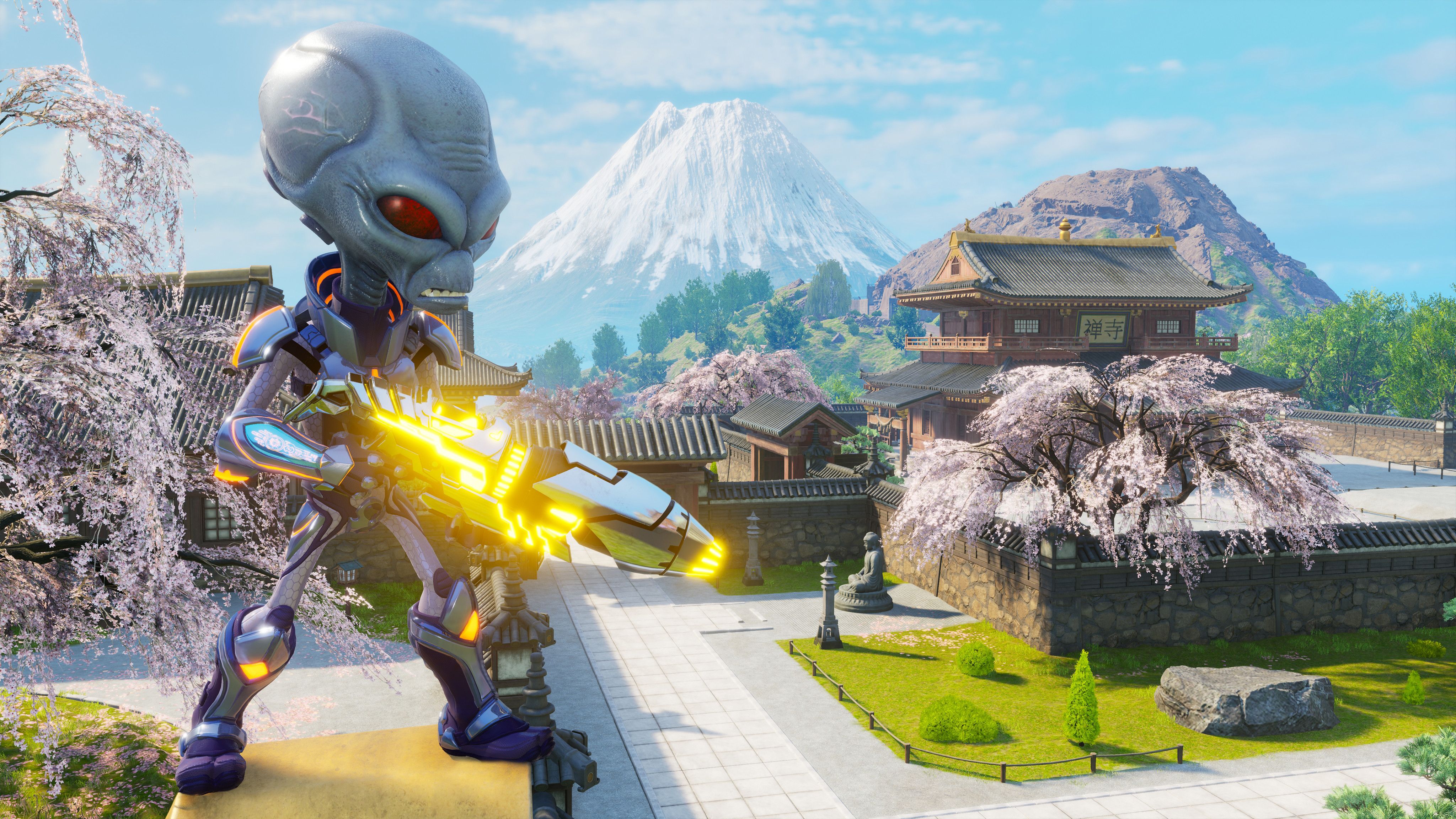 Things open up several years after the first game. Crypto is still ruling the country from the shadows as President, but has more than enough time to hit up Bay City and dance with some sexy hippies. I respect a politician who isn’t afraid to get down and dirty with his constituents. Everything seems perfect until the KGB appears to really put a downer on his chill vibe by blowing his mothership out of the atmosphere and leaving our alien anti-hero for dead. All seems lost, but it doesn’t take long for us to rebuild our saucer, regroup with Orthopox, and set our next plan in motion. The Russians are going down, as are whatever dastardly forces are calling the shots from the shadow. I will admit that an opening villain who is clearly riffing on Vladimir Putin is a bit uncomfortable given the current climate, and the writing doesn’t do nearly enough to make this parody come to life like in the last game.

While I wasn’t nearly as taken with the setting, which swaps sharply written parody for predictable archetypes on 1970s youth rebellion, British people, and super-duper evil Russians, the moment-to-moment gameplay is still engaging enough. Missions have far more variety this time around, with Crypto often being tasked with finding mutated gas hidden within clay statues, or hopping aboard his saucer and hurling nukes into the ocean before they stand a chance at levelling the entire city. You are always doing something different, and the addition of side quests with actual narrative context instead of repetitive challenges provide more incentive to abandon the beaten path and experiment. It’s a stronger, more consistent experience – it’s just a shame the setting does nothing for me. 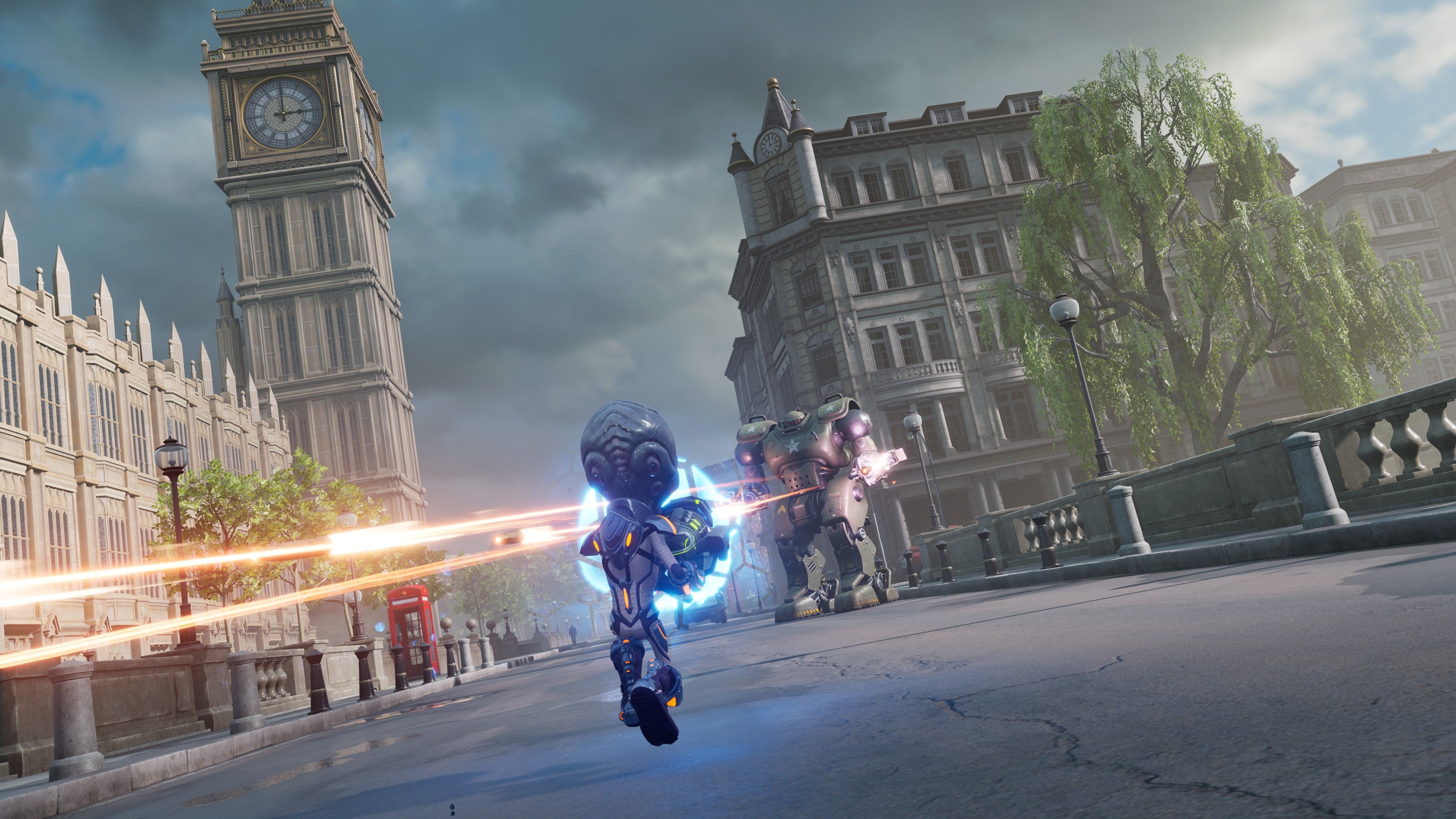 Crypto also lands in a version of London where Margaret Thatcher is alive and kicking, but he doesn’t immediately go on a warpath to kill her. I did burn down Parliament though, so perhaps her lizard corpse can be found underneath the rubble. Linear missions might provide a greater sense of variety, but causing chaos in the sandboxes of each new city seldom feels worthwhile. Enemies react with predictable hostility, while there is little consequence for being spotted that can’t be reversed by hiding for a few seconds or killing everyone on sight. It’s worth burning each city to the ground once, but after that it’s boring.

Destroy All Humans 2 just feels rusty and outdated, which I suppose shouldn’t be surprising for a souped-up PS2 game, but even compared to what came before, it overstretches its ambitions and never lives up to them. Who knew a change in setting could rip a fantastic premise of its charm so brutally, leaving behind an archaic husk of an open world game that fails to capture its former magic. The comedic writing is sharp and the characters are fun, but everything else is so simplistic despite striving for an increased level of depth. Bugs don’t help either, and goodness me are there a lot of bugs. 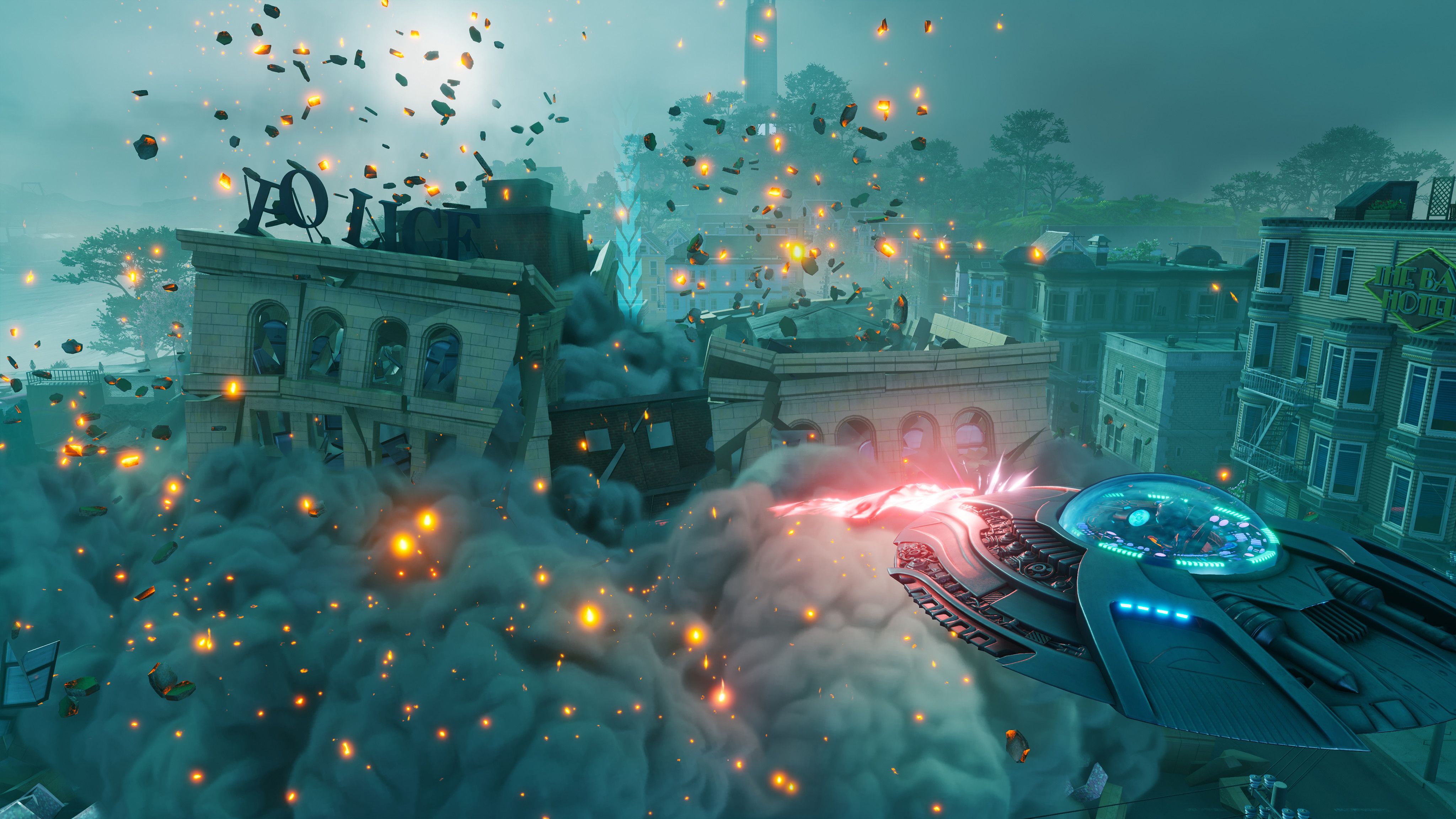 Audio will often repeat itself and go out of sync during cutscenes, basic mechanics like landing my saucer or switching weapons will become impossible until I reload the entire game, while enemies are prone to bug out at any moment. Walking through levels is likely to surface an unsightly bug or two, whether it be NPCs walking in strange patterns or physics responding in ways that definitely weren’t intended. The nostalgic game we all enjoyed years ago is still in here somewhere, but the new coat of paint has been shoddily applied. A shame because it is often gorgeous, its potential ripped away by innards that frequently stumble.

Black Forest Games has done a commendable job with Destroy All Humans 2: Reprobed. It looks wonderful and remains fun to play, but the overall package is littered with awkward bugs and sadly isn’t very compelling when it comes to setting and characters compared to what came before. It seeks to do more, and absolutely does, but the loss of its razor-sharp satire and creative parodies leaves behind an alien invasion that I’m far less keen to watch unfold. Fans should dip into this for the sake of nostalgia, but otherwise give it a miss.