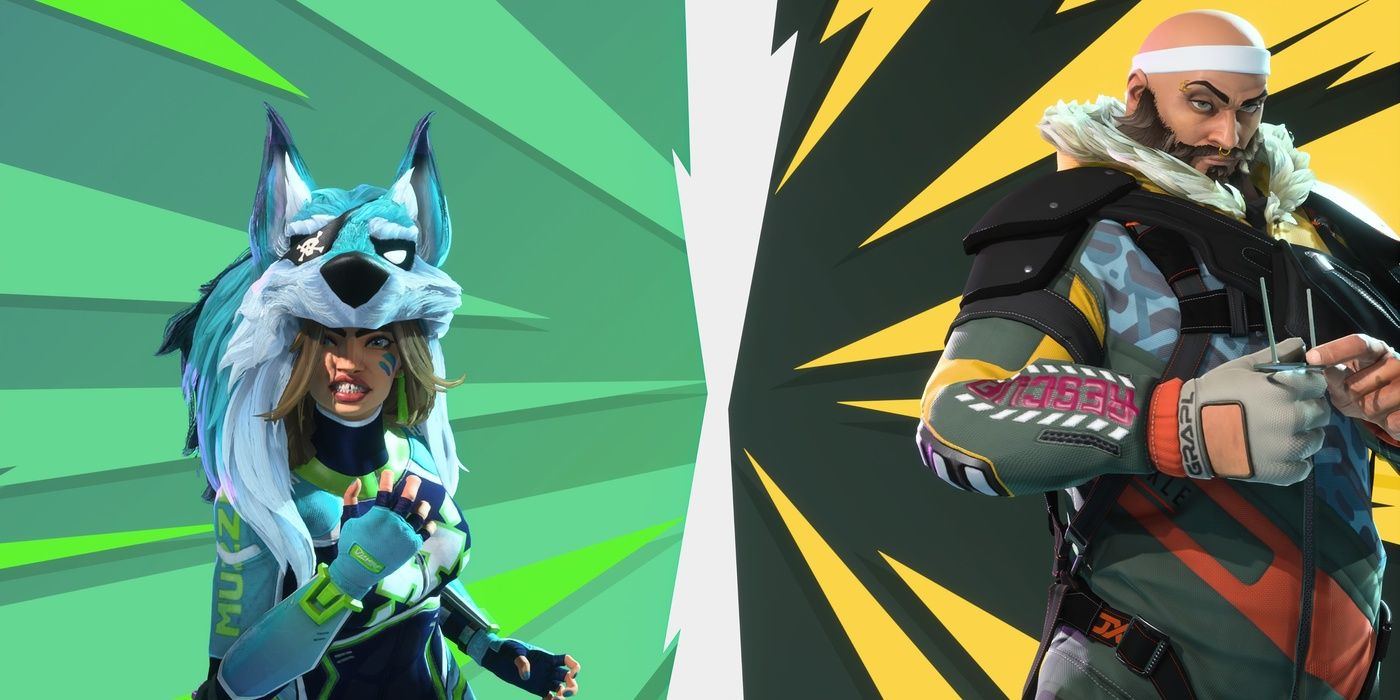 Destruction AllStars is February’s premiere title for PlayStation Plus. This PlayStation 5 exclusive offers an interesting mixup to the demolition derby genre. With heroes that can enter and exit vehicles at will, there are many options that other offerings in the genre can’t hope to imitate.

One mode in Destruction AllStars that revolves around this concept is Stockpile. While similar to Call of Duty’s domination in some aspects, Destruction AllStars reinvigorates the mode with several key differences that may take some explanation. Check out these tips to prevent being the weak link on the team when playing.

Whoever Holds The Most Zones When Time Expires Wins 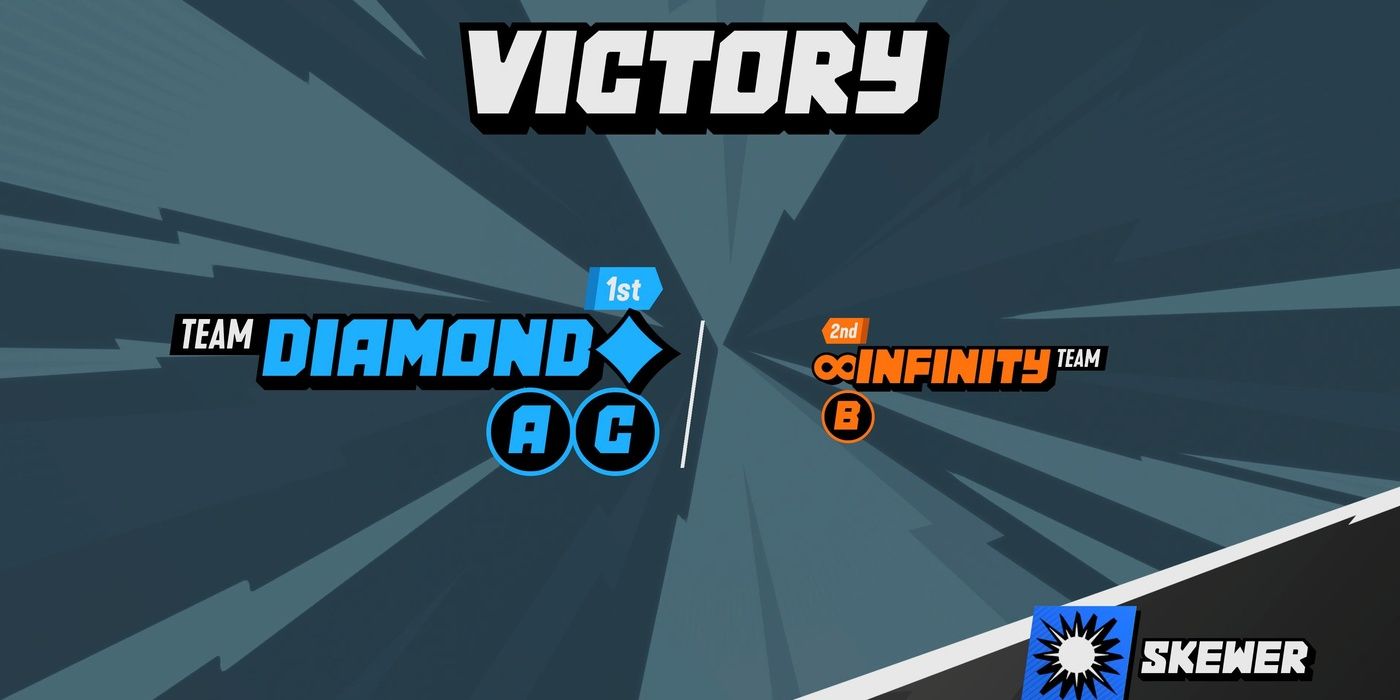 Unlike other zone capture modes, in Stockpile, the team that holds the most zones when the time expires wins, regardless of the circumstances leading up to that point. That means that teams will have to perform well the entire match, especially in the last few minutes. To secure zones, players will have to collect and distribute gears to one of the three zones. 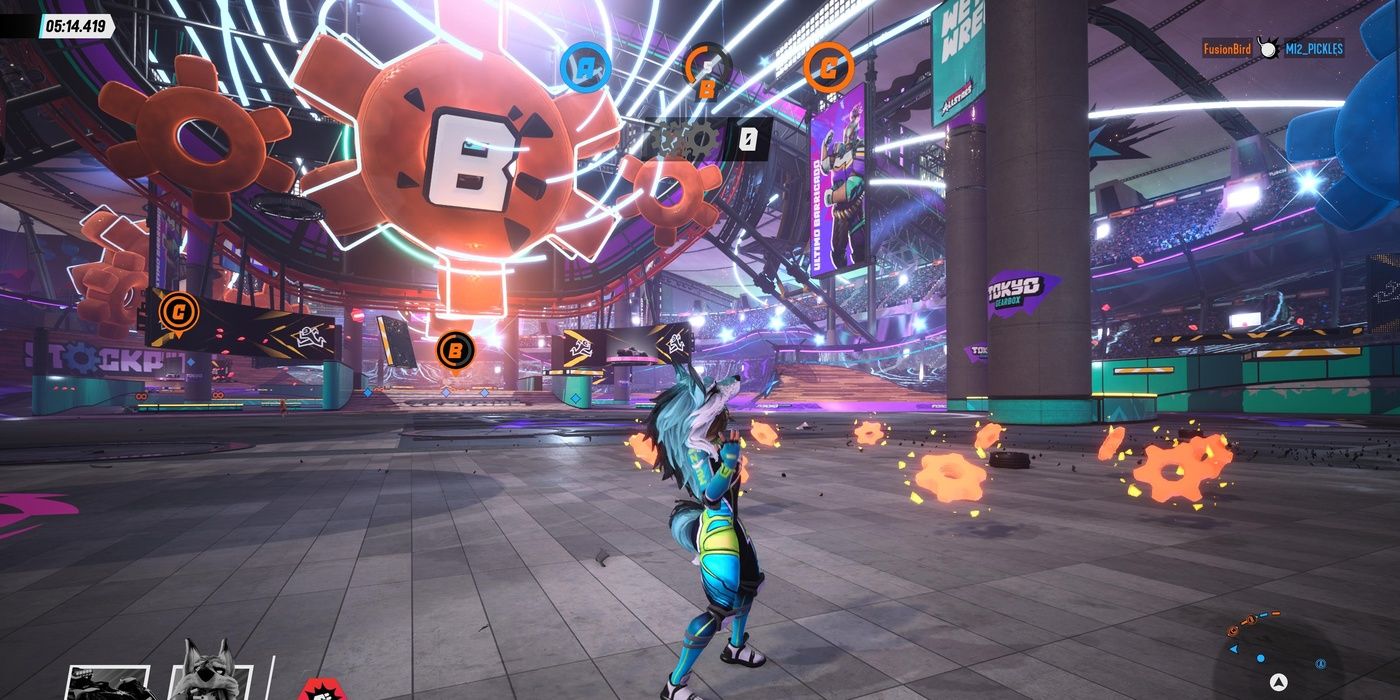 Because stockpiling gears is the name of the game, it’s important to know how to earn them. In Stockpile, there are two ways to generate gears.

If either of these events occurs, gears will emerge from the KO’ed character or wrecked vehicle. They’ll remain on the ground for some time, but unlike in Carnado, points must be collected manually.

Heroes Have To Be On Foot To Grab Gears 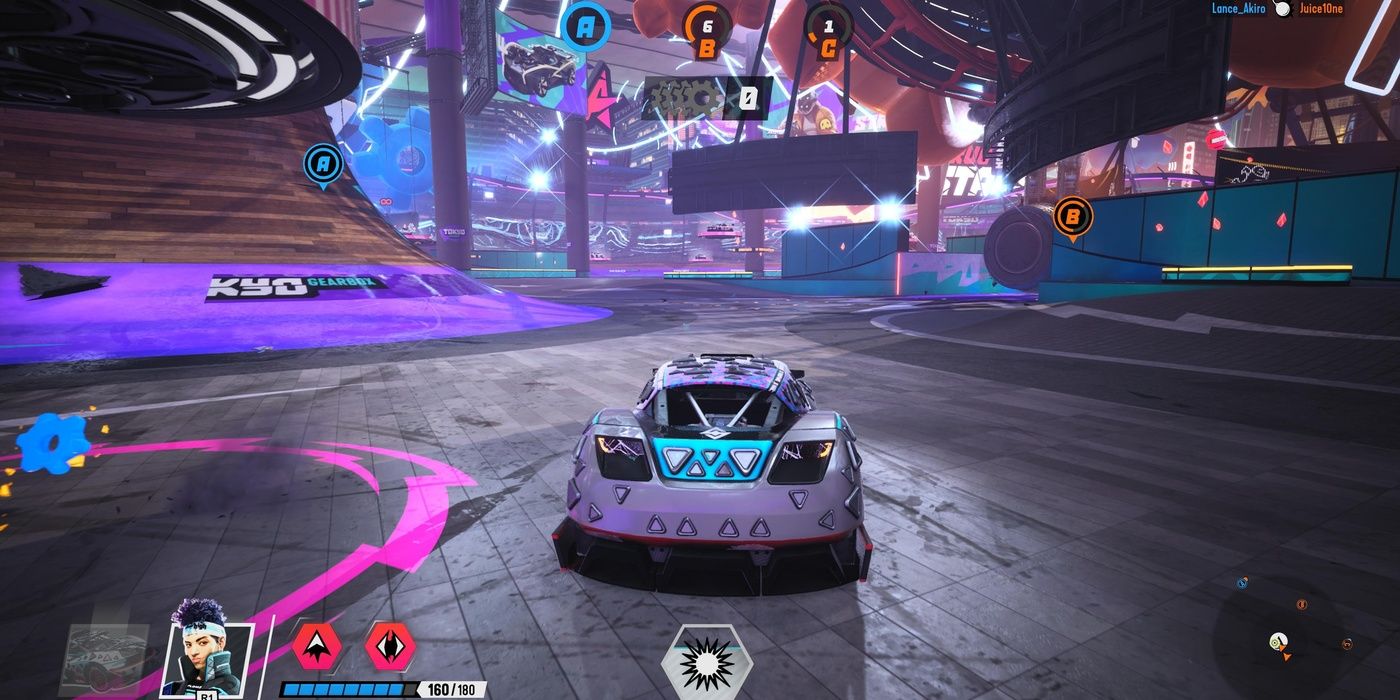 The biggest difference between Stockpile and the other game modes is how players earn points; characters have to get out of their vehicles. Driving over gears does nothing, putting players in a precarious situation. They’ll have to make themselves vulnerable, running to the gears on foot. Because there are so many hazards and enemy drivers on the field, this can be risky.

Heroes Can Hold Up To Four Gears At A Time 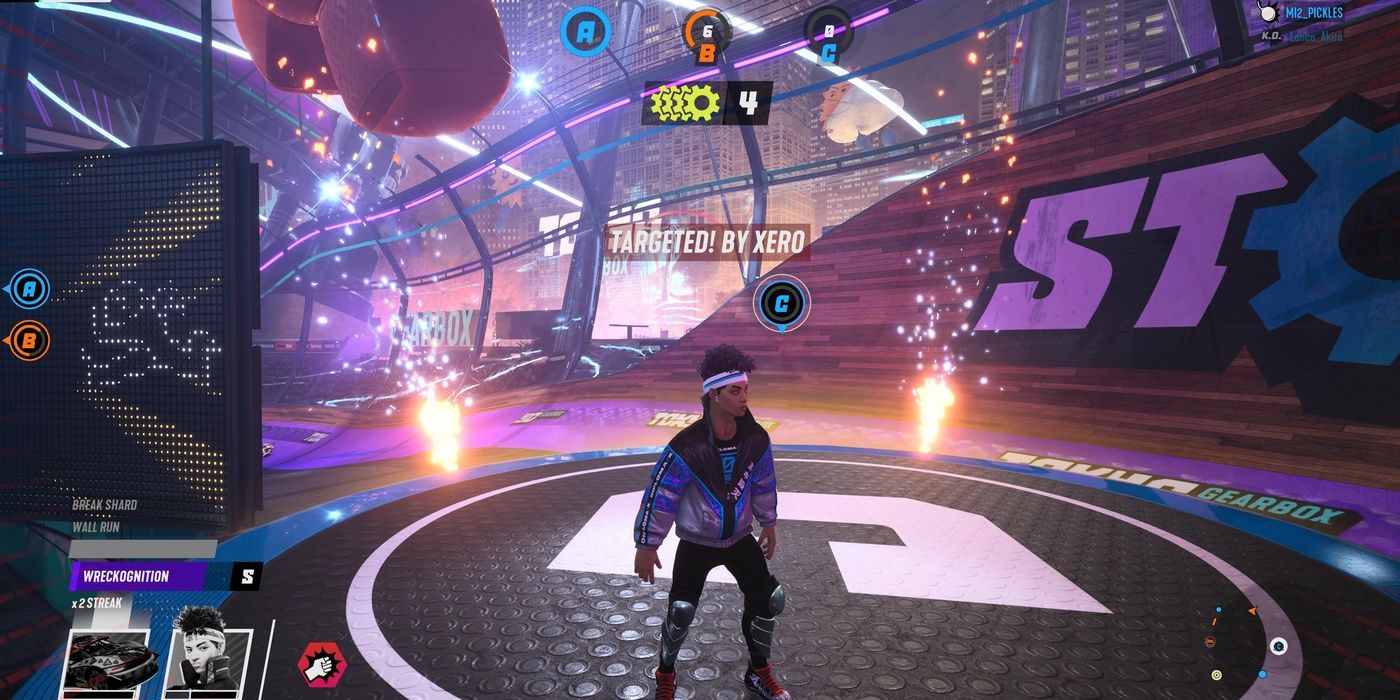 Players can carry four gears at a time, even though ten spawn after an enemy dies. Try to grab them as quickly as possible. Failing to do so could give the enemy team a chance to get an easy KO, draining your points and spawning more off you. Death offers a penalty for those hoarding points, so do your best to deposit them without delay. 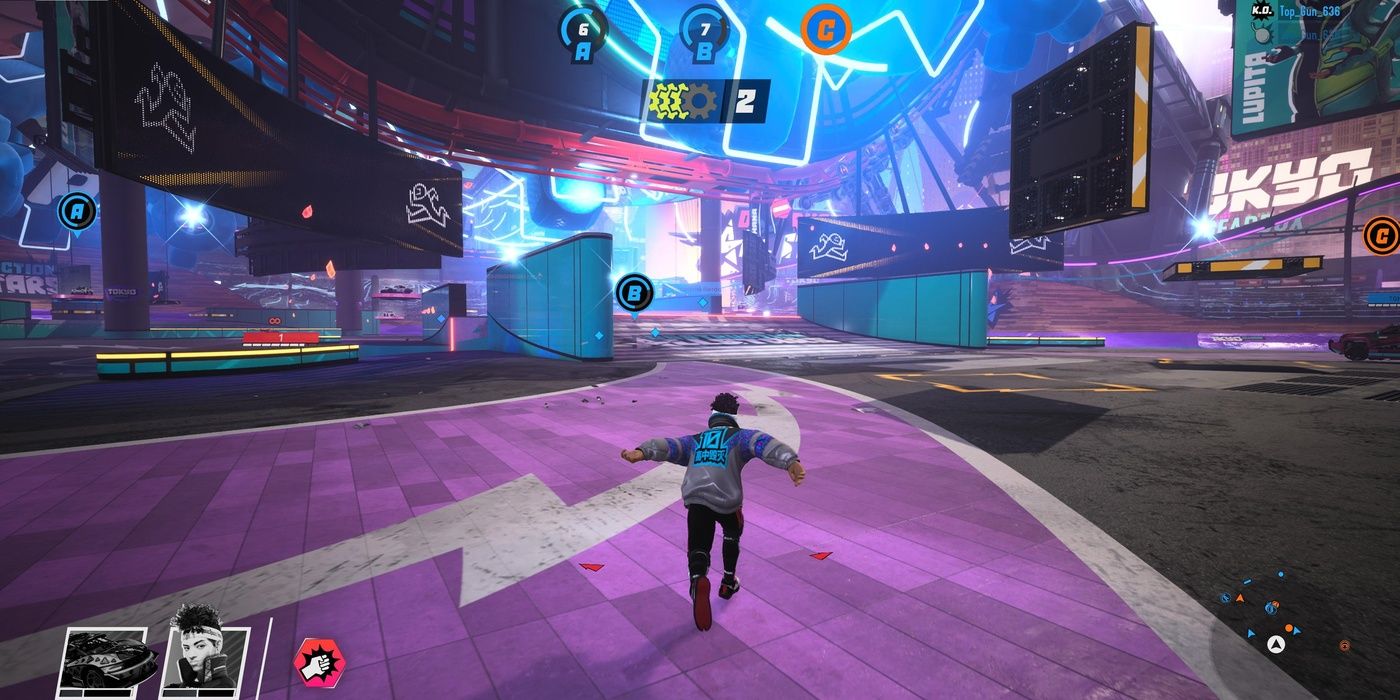 If players get KO’ed while carrying gears, they’ll not only drop gears for the enemy team but lose their gears as well. No matter how many gears they are carrying, players will lose half of them. This gives death more impact in tight matches. Try to make it to banks as fast as possible to avoid dying and aiding the enemy team. 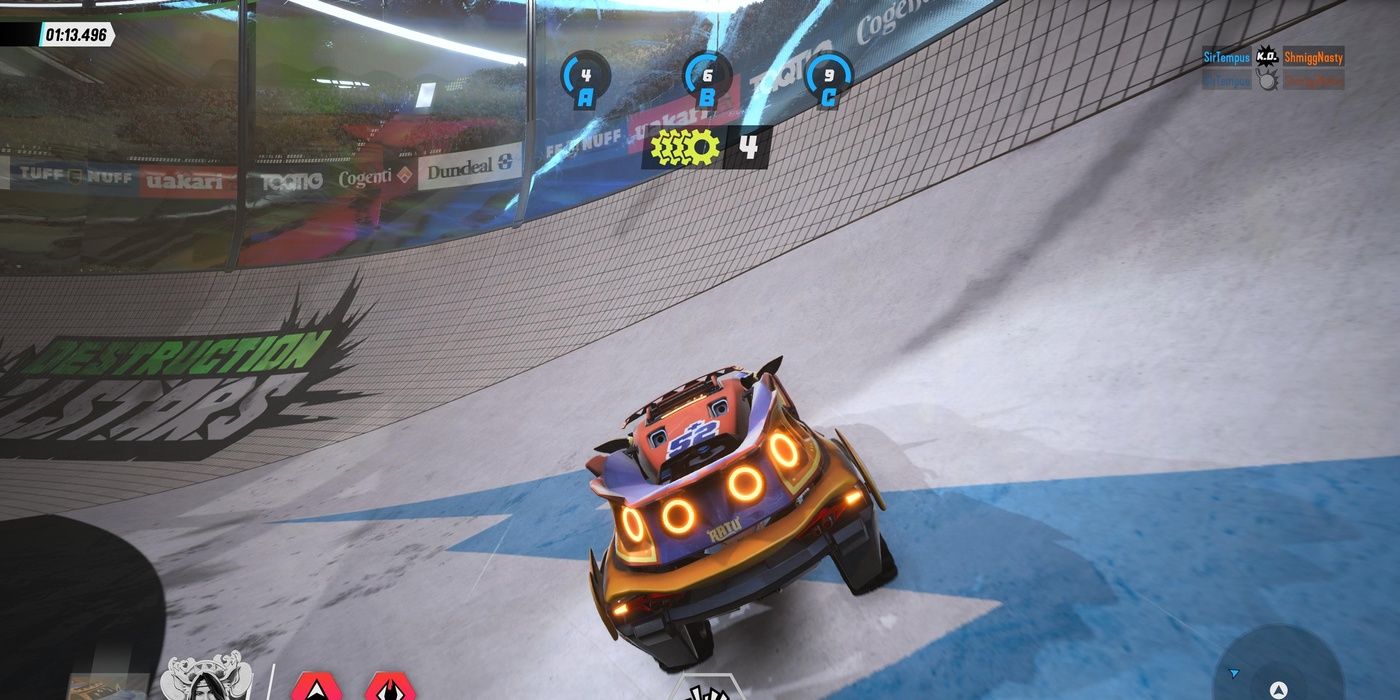 A great way to avoid being targeted after grabbing gears is to drive in a vehicle. While the gears are only obtainable on foot, players can resume driving after these items are in their inventory. Use vehicles to reach point banks quickly, ejecting from vehicles into objectives. Abandoned vehicles won’t drop gears, so ditching them to move around the field is a viable strategy. Just ensure drivers aren’t right next to your vehicle when you eject. Players retain ownership of these cars for a few seconds after exiting. 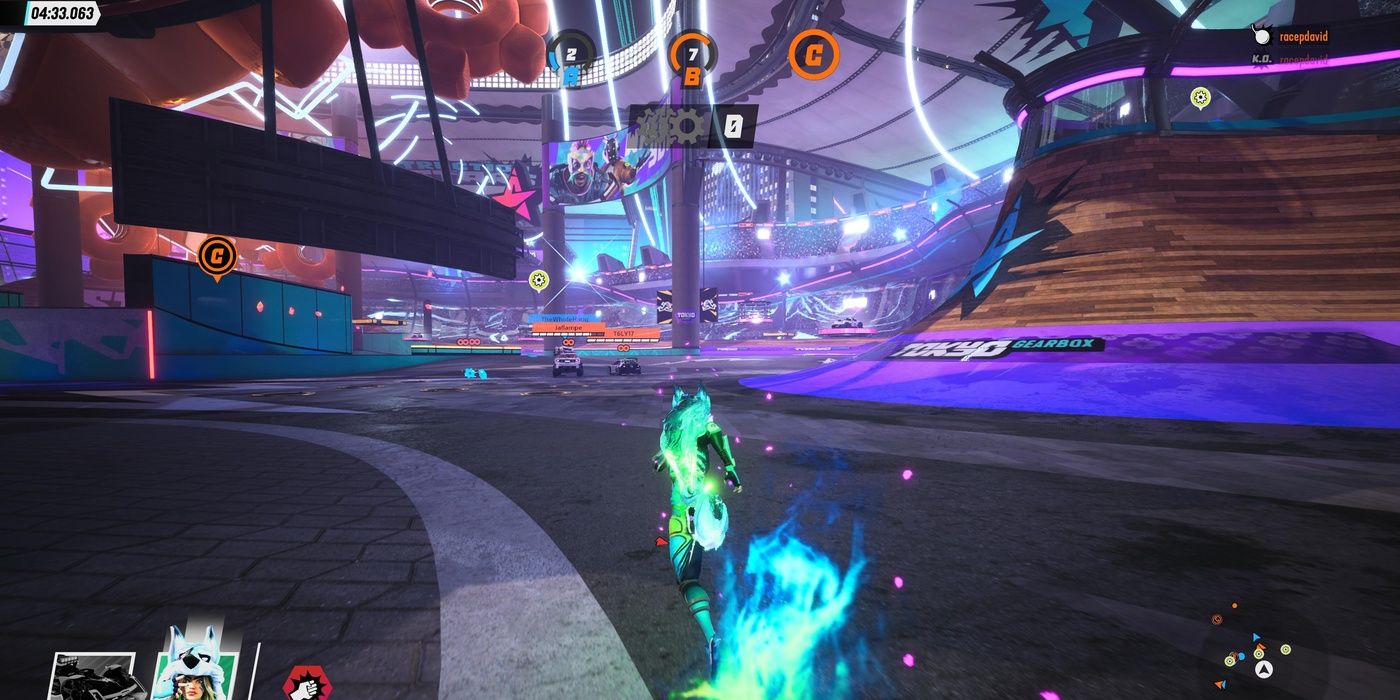 When gears drop on the map that your team can pick up, a green marker will appear on the screen. This marker indicates where the gears have spawned. Keep an eye out for this marker during sessions, as teammates may need assistance carrying these parts to the zones. It’ll take three team members to collect the gears that spawn from a wreck or KO.

While there won’t be a marker on the map for them, enemy gears aren’t invisible. These gears are red, and guarding them until they disappear is a viable strategy for stopping the enemy from racking up points. Always weigh the options, but do your utmost to make scoring on the enemy team as difficult as possible. 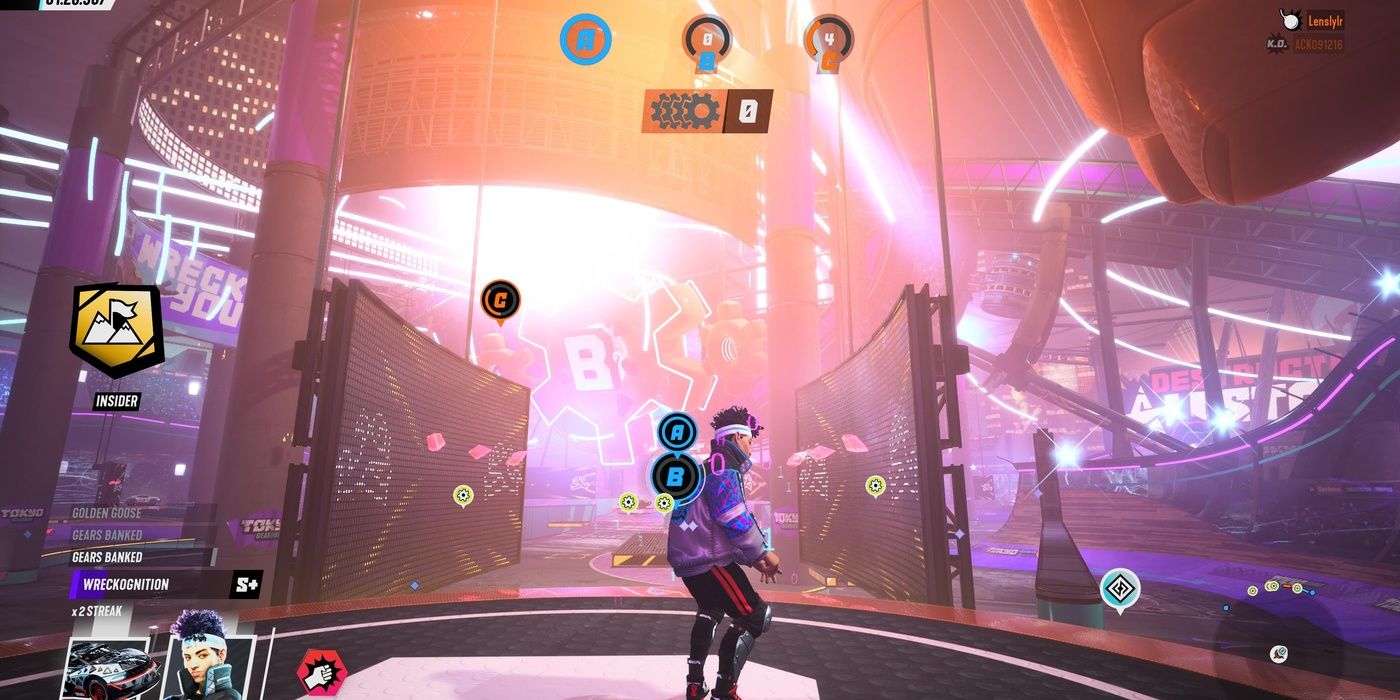 Once at the banks, take care not to leave too quickly. To bank these gears, players will have to stand in the zone for several seconds. Be prepared for resistance, as opponents will often camp their zones. Try to barge them if they block the path to give yourself a few seconds to bank those points.

Game Ends If One Team Captures All Zones 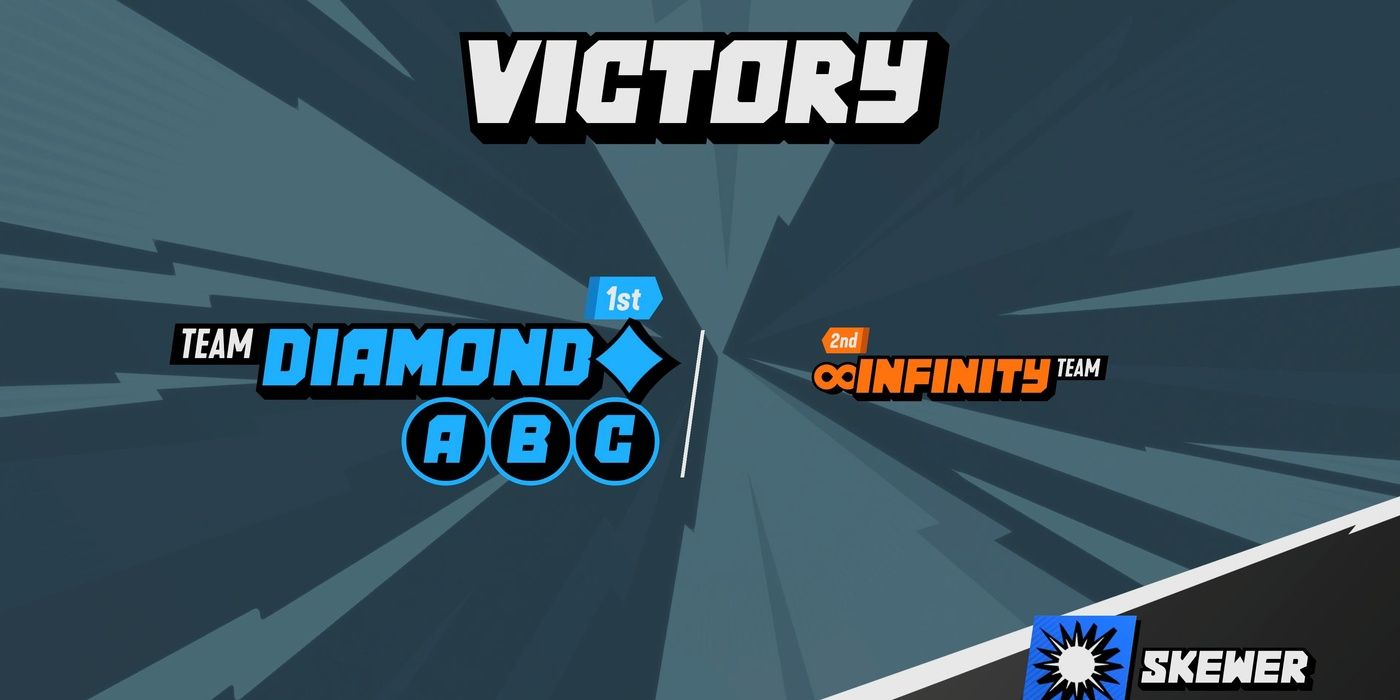 One aspect of the matches that players will want to know: if one team captures and fills all three zones at any time, the game instantly ends. Don’t let the enemy team get a substantial lead, as you may not have a chance to recover. If things are looking lopsided, try to focus on holding a single zone. This may give your team a chance to recuperate. If your team is in the lead, don’t let up; take the chance to end the game by entirely securing each zone. 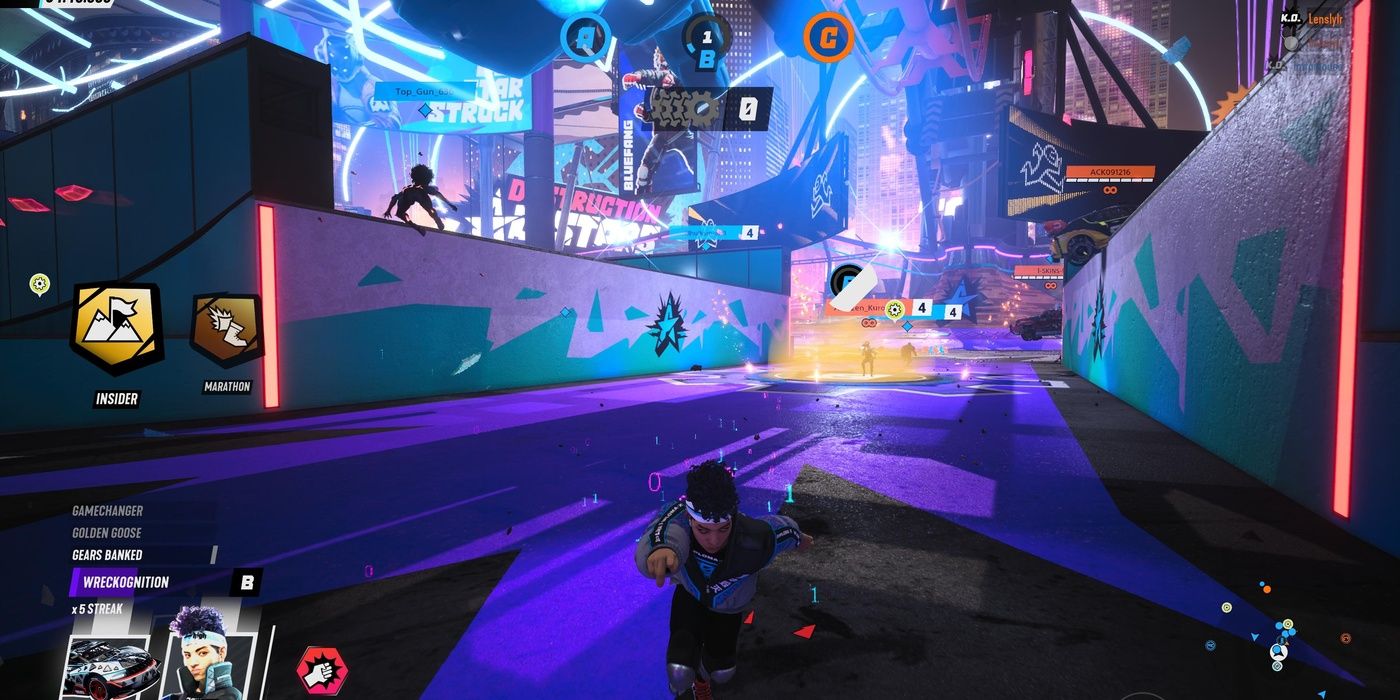 It can be easy to get sidetracked, investing more effort into grabbing gears and trying to grab enemy zones. Snagging these zones is pointless if the enemy immediately requires them. Make sure at least one person is defending a zone on your team.

If you’re playing in a party, have one member of the group delegated to defending one of the far zones. They can lurk near the zone in a vehicle or stand directly in it. What matters is that these areas are not unattended.

Keep An Eye On Zone Status 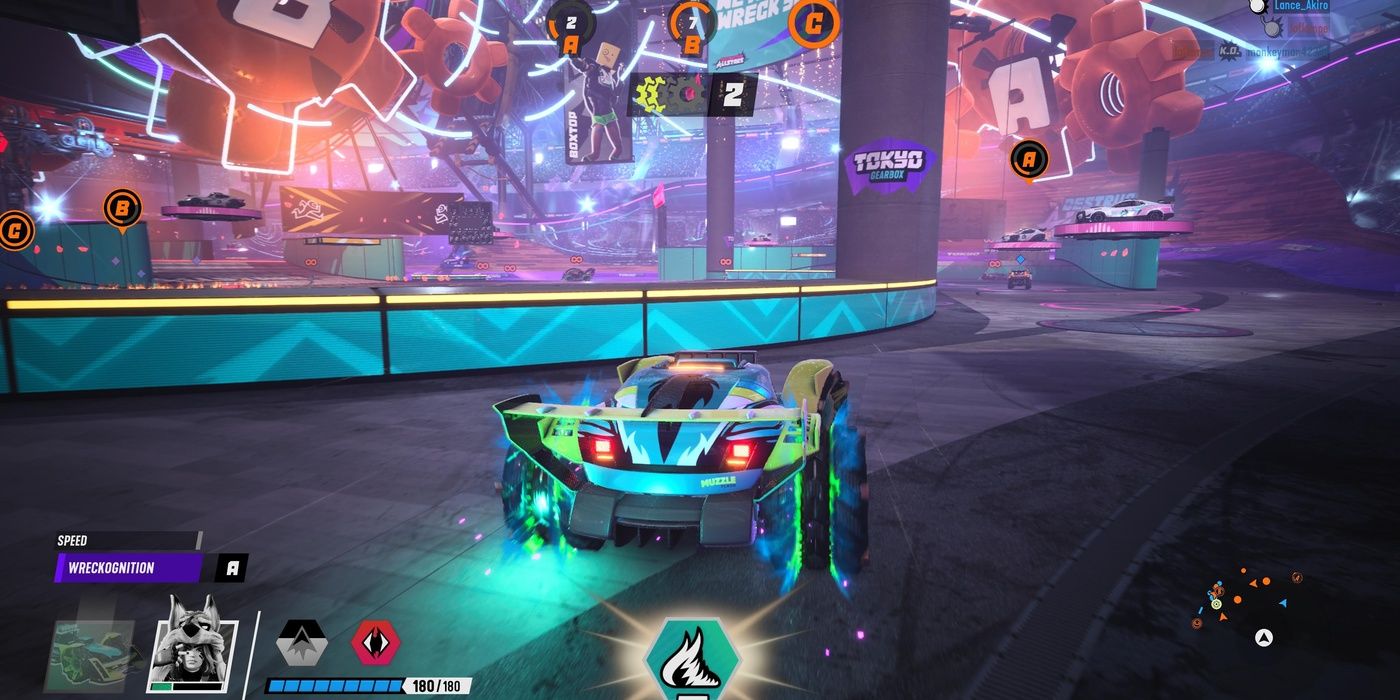 Whether your team has a defender or not, always check the zone meters at the top of the screen during the match (blue for friendly, orange for the enemy.) These bars will also let players know how many points are needed to flip a zone.

The only time a number won’t show is during dominations. In this case, ten gears will flip control. Run in groups to overwhelm opponents, banking quickly.

Next: Destruction AllStars: Breaker Mode Explained And How To Use It 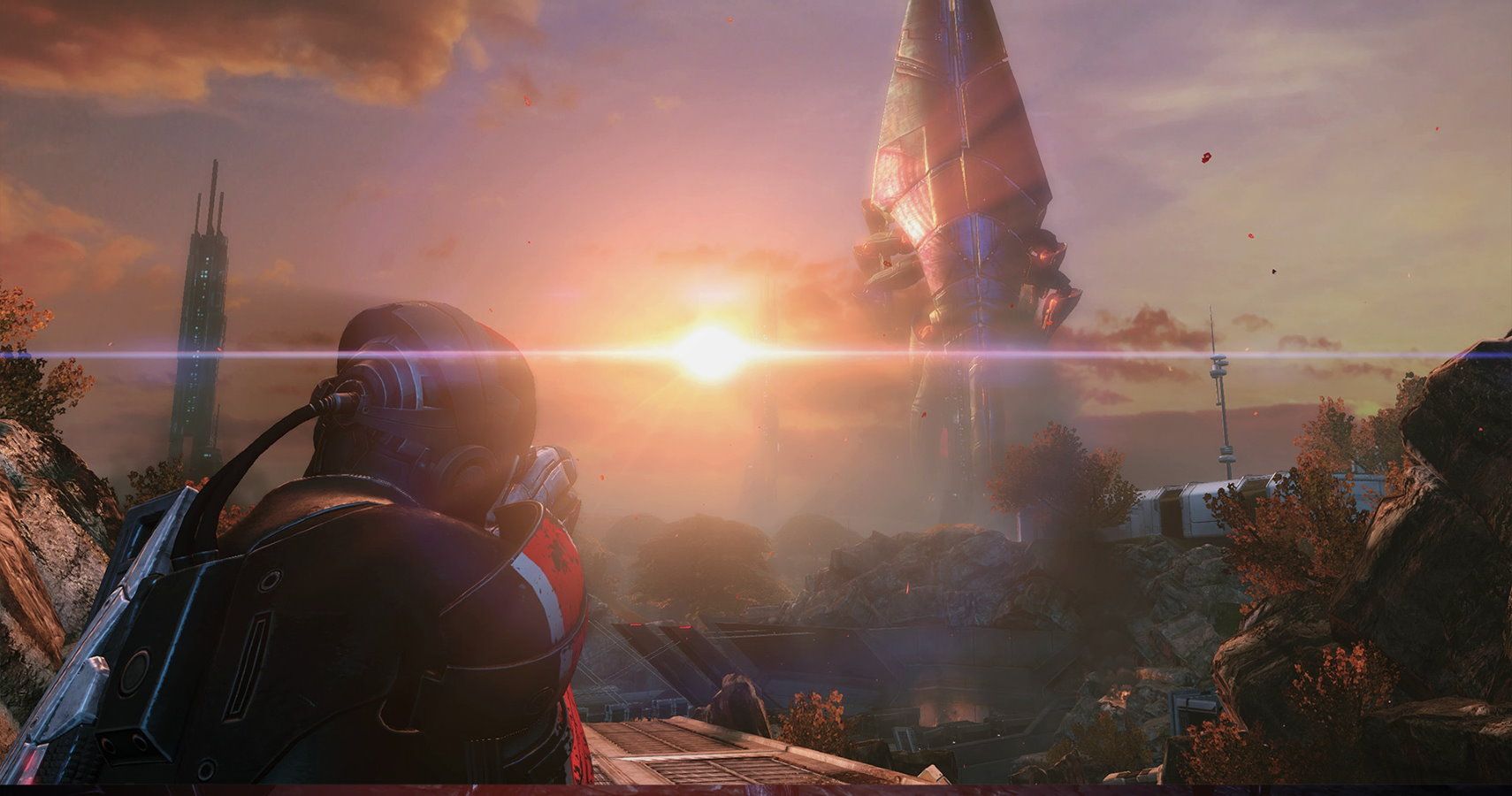