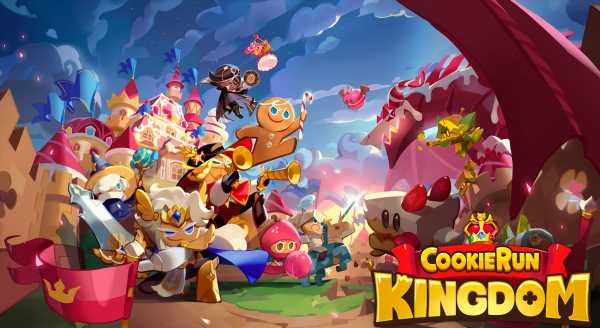 Devsisters is launching Cookie Run: Kingdom today as the latest title in a franchise that has had more than 100 million downloads.

It’s a base-building, role-playing mobile game where players outsmart their opponents and, yes, fight each other with cookies. Cookie Run: Kingdom has more than 2.5 million pre-registered players.

South Korea-based Devsisters created the iOS and Android game as an expansion for the popular Cookie Run universe. With the goal of out-baking their opponents, players can enlist over 100 cookies with the gacha function to create a cookie army. The cookies adventure through over 200 story levels where they build strongholds, fight for the kingdom, and uncover secrets of the past. It’s a fight to the last crumb.

Kim Jongheun, co-chief executive of Devsisters, said in a statement that it took four years to make the new game, where the aim was to make players feel like they were in a movie — one that they were creating themselves.

Founded in 2007, Devsisters has 400 employees across eight studios. The company went public in South Korea in 2014. The company turned a profit in the first quarter of 2020, when revenues from Cookie Run: OvenBreak helped double revenues. But the company has lost money more recently as it has made heavy investments for game launches this year.

Cookie Run: Kingdom is an extension of the story and cookie characters going deeper into the background on the dark forces in past games. The new game switches things up by combining building, fighting, and RPG elements.