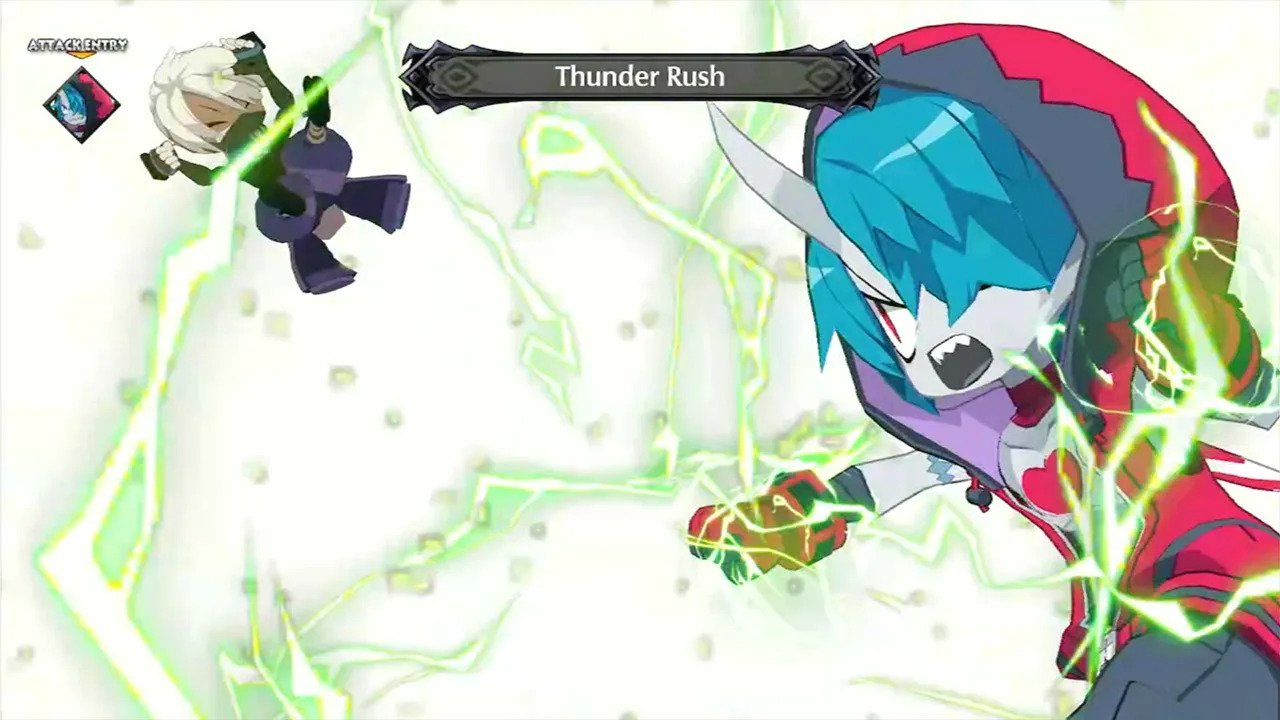 The concept that nothing lasts forever is one that video game companies have always struggled with. When Disgaea first started, way back in 2003, it was a breath of fresh air, with its unusual mix of strategy role-playing, anime graphics, and a genuinely amusing script. After almost two decades of sequels though, the concept is beginning to lose its lustre, especially as Disgaea 6 faces the biggest crisis in the franchise’s long history: the jump from 2D to 3D.

Up until now the Disgaea games have used 3D backgrounds with 2D sprites on top. That’s partly a budgetary issue but it’s also part of the series’ charm, since it’s one of the few games to still indulge in high resolution 2D animation for its characters. A move to full 3D was probably inevitable and the end result is much like the Ace Attorney series: about as good you could imagine but certainly losing some amount of charm in the process.

Although there are exceptions, each Disgaea features a new group of anti-heroes, which is admirable but only increases the difficulty of ensuring they’re all engaging and funny. That was certainly one of Disgaea 5’s biggest failings, with lead protagonist Killia being the least appealing so far. Disgaea 6’s Zed the zombie is better, but not as much as he needed to be…

The game’s story isn’t really important, but it happens in flashback, with Zed storming into a high-level meeting amongst the powers of Hell (or ‘Netherworld’) and explaining how he’s managed to defeat the universe-threatening God of Destruction. This involves the usual Disgaea absurdities, as you pick up a band of misfit followers, including a zombie pug and a pastiche of King Midas, but while it’s arguable as to whether this crew is better or worse than Disgaea 5 they’re unquestionably less fun than those from the first few games.

The basic gameplay hasn’t changed at all since the very first game, which was envisaged as a less po-faced version of Final Fantasy Tactics. That means battles take place on an isometric, grid-based map, with you and your opponents taking turns to move and attack, almost like an anime version of chess. When Disgaea first started this was viewed as an archaic and very niche style of game, but turn-based strategies have become surprisingly fashionable in the last couple of years, although there’s little sign here that developer Nippon Ichi Software is aware of that fact.

Every new Disgaea has a new gimmick or two, which often doesn’t make it to the next sequel, and one of the headliners for Disgaea 6 is the Super (as opposed to the regular kind from previous games) Reincarnation system. The idea is that it allows you to reinvent and upgrade your character using both mana and karma points, which are obtained by completing in-game achievements called D-Merits. In other words, it’s another excuse for grinding, with mana used to perform the reincarnation and karma to upgrade a character’s stats and abilities.

Having that much control of your character is welcome but it’s a peculiarly self-indulgent concept in a series that doesn’t need any further encouragement in that area. Thankfully, there’s also a new auto-battle system that works something like the Gambits from Final Fantasy 12, in that it allows you to program the artificial intelligence for each of your characters. It’s much more complicated than Final Fantasy though, with the ability to dictate characters’ responses to almost every conceivable situation.

Disgaea 6’s systems are well designed but they give the distinct impression of being created solely for existing fans. Super Reincarnation and auto-battling work as a pair and essentially mean that the game can be set up to play itself, so you don’t get bored of all the level grinding. The very obvious question this raises though, is why didn’t Nippon Ichi just have less level grinding and add something new and exciting to the game instead? Rather than doing that they’ve just indulged their worst excess and continued the series’ obsession with throwing ever bigger numbers around on screen (the level cap is now set at 99,999,999).

Other more minor additions include a range of new class types, although these seem rather overpowered compared to the more traditional ones. At the same time, many of the traditional monster types have been removed entirely, and those that remain made more ordinary by their ability to use human weapons and the removal of the magichange feature. There is a new juice bar in the overworld hub – where you can pay to artificially increase a character’s level, stats, or mana – and some changes to how The Dark Assembly works but it’s all just details and ones that will mean nothing to newer players.

Nippon Ichi have done what they can but whereas the previous games had some of the best 2D animation in the business Disgaea 6 is stuck at the opposite end of the spectrum when it comes to 3D graphics. It could be argued as being a necessary step, that Nippon Ichi will improve and iterate on over time, but the fact is that, in terms of visuals, this is a considerably less interesting and flamboyant game than anything that has come before it.

This is made all the more disappointing given how badly the game runs on the Switch, including frequent slowdown and even crashes. (There is a PlayStation 4 version in Japan, but it’s not yet been announced for release in the West.)

Disgaea 6 is not a very good sequel. Not only is the whole concept beginning to feel tired but the new features pander to the series’ existing audience rather than trying to open it up to a new one. The core gameplay is still a lot of fun but without an engaging cast of characters, or any exciting new ideas, this struggles to justify itself and raises some serious questions over whether there should even be a Disgaea 7.

In Short: When one of the main new features of a game is its ability to play itself, it’s a hint that a franchise is beginning to run out of steam – especially given Disgaea 6’s limp script and 3D graphics.

Pros: The core gameplay remains highly addictive and there’s a lot of depth, especially for long-term fans of the series. The characters and jokes are a mild improvement on Disgaea 5.

Cons: Almost all the new features are self-indulgent and unexciting. 3D graphics try their best but are nowhere near as characterful as the old ones. Not as funny or charming as earlier entries.