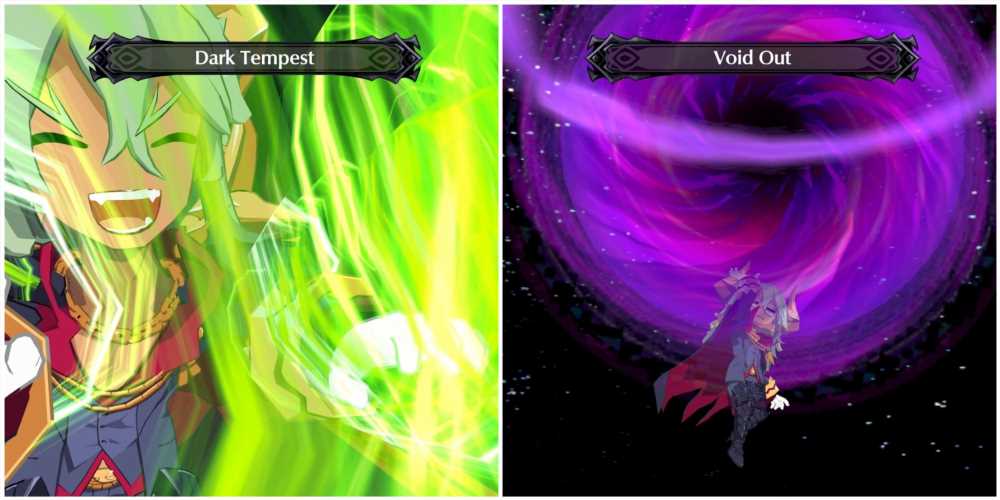 Your main characters cap out at six for the longest time in Disgaea 6. So long in fact, that you might think you have reached the limit. This is not the case, however. Once you have played enough and conquered enough of the story, the magnificently useless Overlord Ivar joins your ranks.

As is to be expected, Ivar is a pretty darn powerful character – as is tradition with most – if not all – main characters. The catch with Ivar is that he is somewhat outclassed, enters the fray a smidge too late, and has a tendency to underperform. He is not bad of course and will show you have to make the most out of him.

Who Is Overlord Ivar? 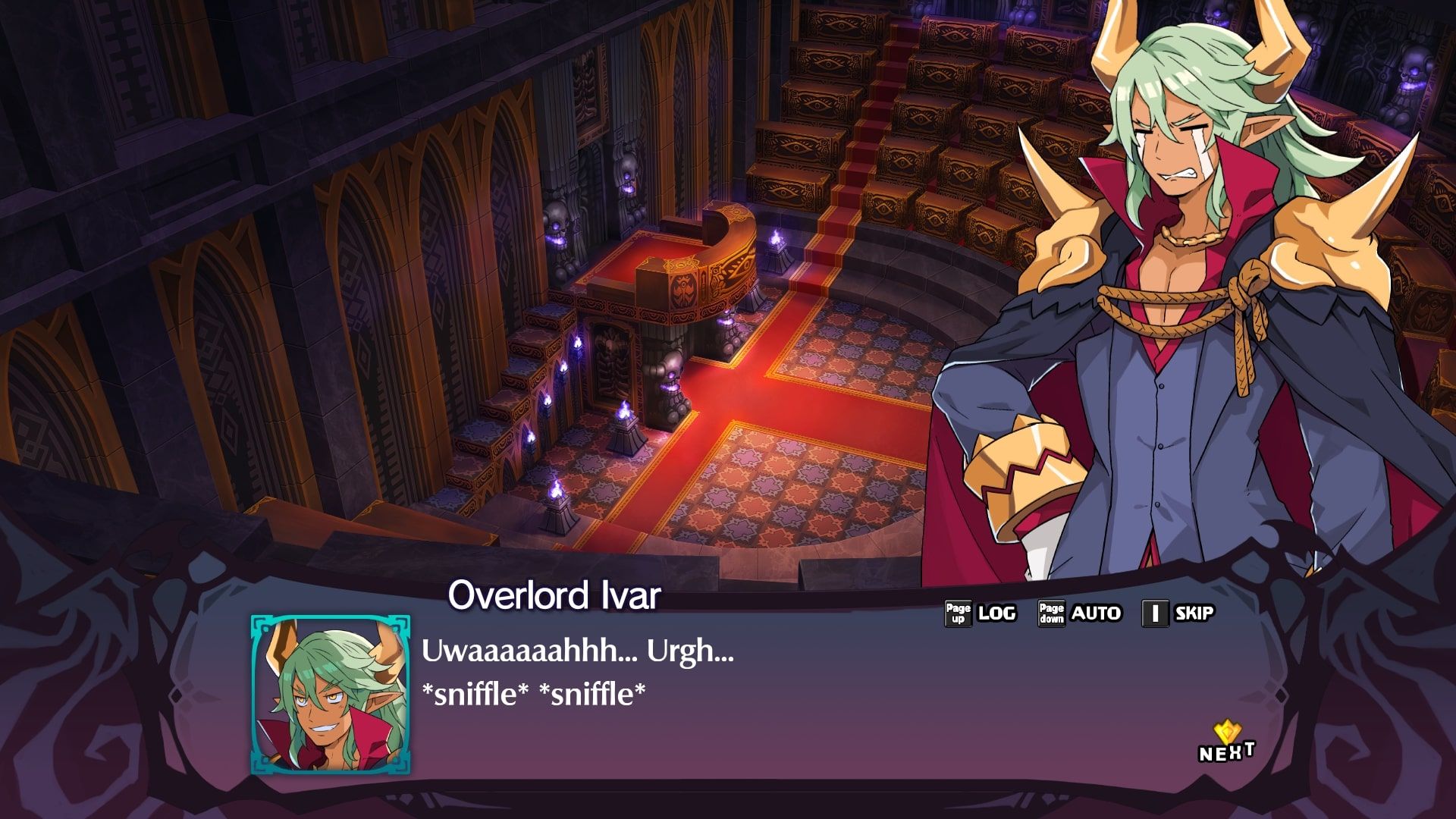 Overlord Ivar is beyond useless. Zed spends most of the game trying to convince him that he did kill the God Of Destruction. He is hilarious, creepy, pathetic, and nowhere near as grand (or powerful) as he would have you believe. He may be an Overlord, but he has the tact and skill of someone well below his actual station.

Why Use Overlord Ivar? 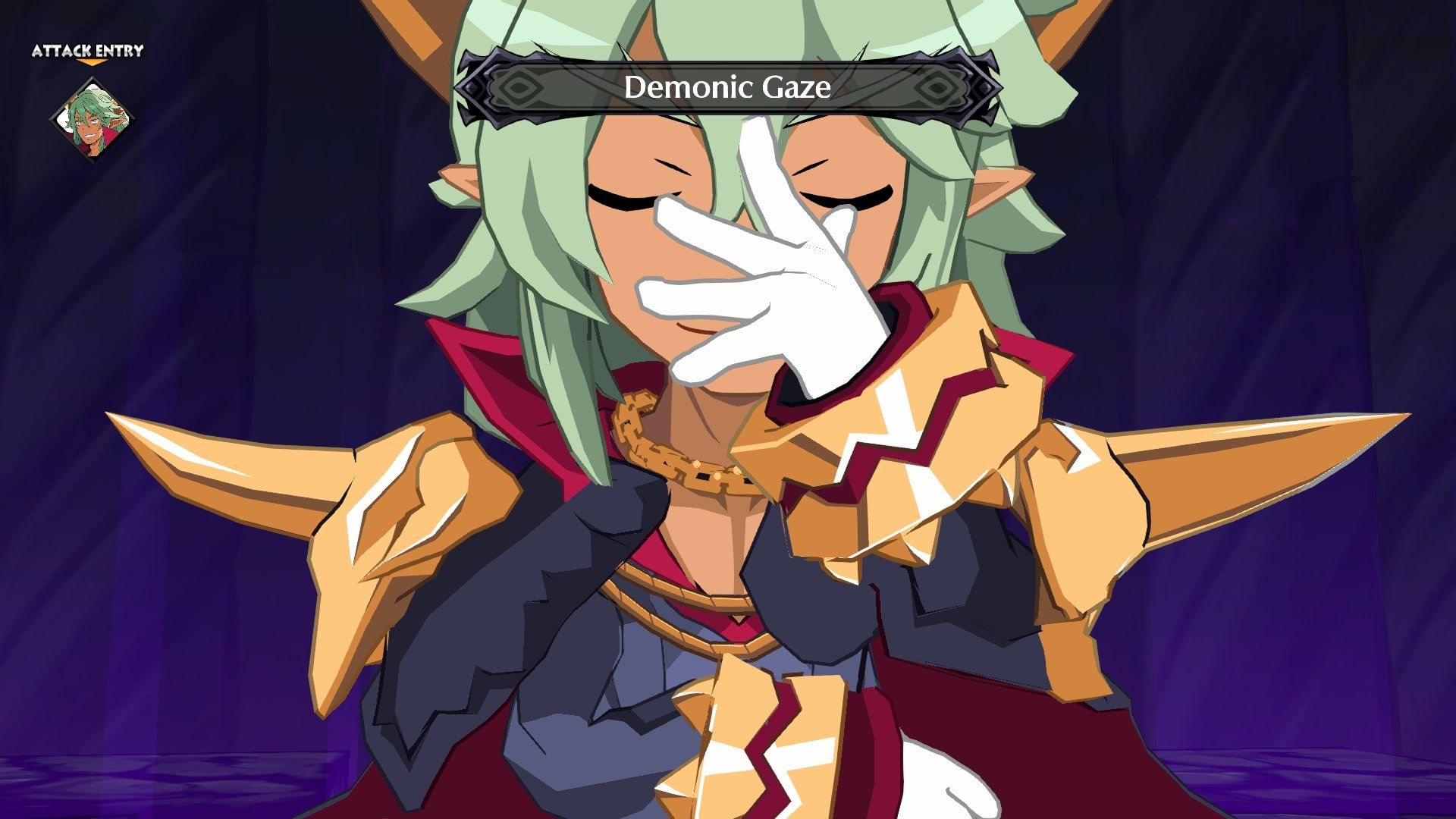 Ivar is interesting due to his unique flavour of attack. He is very focused on AOE damage ranged damage, but that damage is almost entirely physical. This allows him to fill a role that no other named character does. If that is what you are looking for, then he is the guy for the job.

What Weapon Does Overlord Ivar Use? 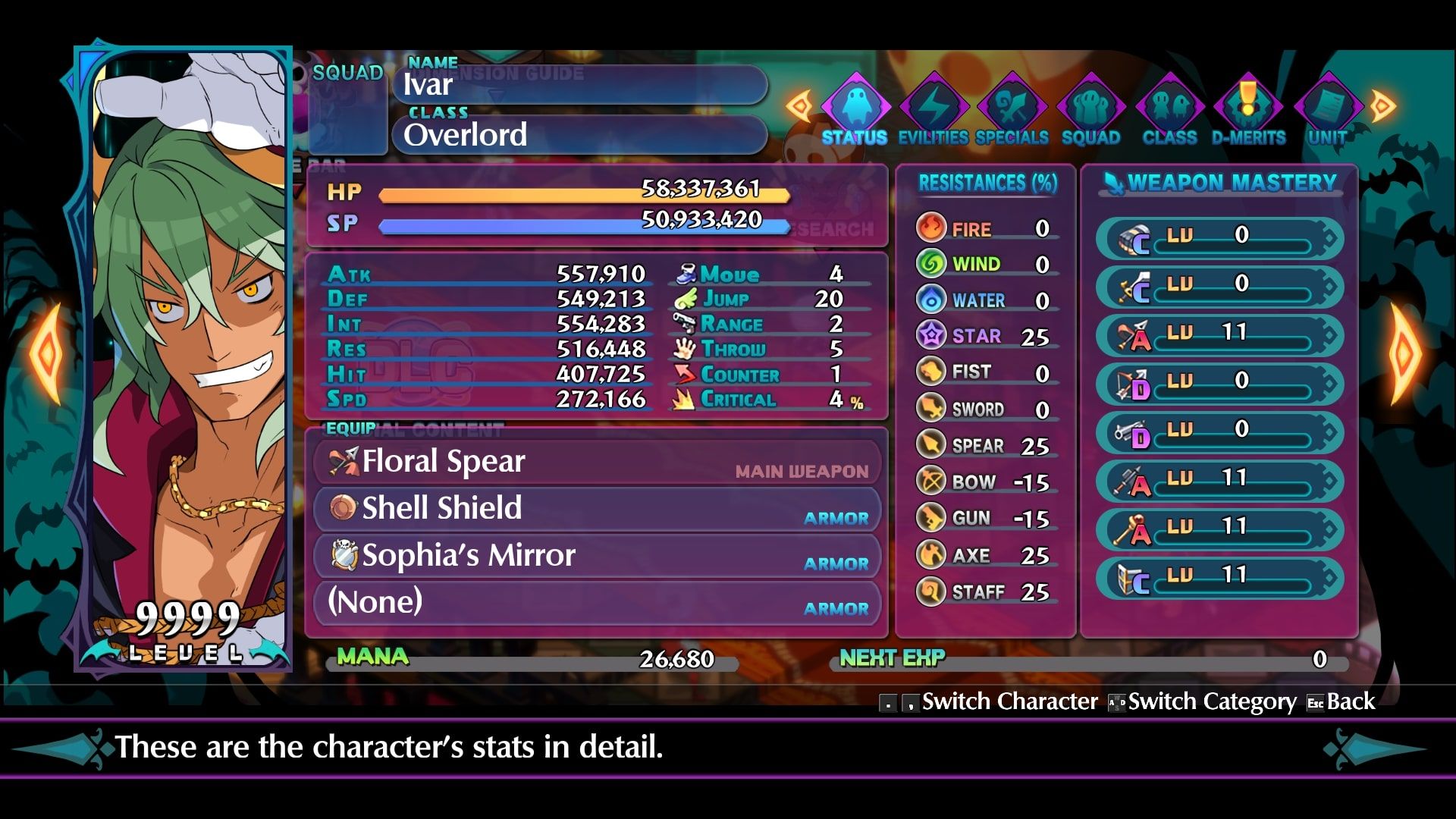 Ivar is skilled in a surprising number of weapons, however, only one is worth considering.

Ivar has an A-Rank in three weapons, however, the one you should be focusing on is actually the Axe. This might not be immediately obvious – especially since Ivar comes with a Spear by default, however, Spears don't provide as many useful benefits.

In short, Axes have higher ATK, and all of Ivar's skills scale off of that stat. A spear adds range to standard attacks, sure, but it also has a comparatively low ATK value, making it noticeably less powerful. 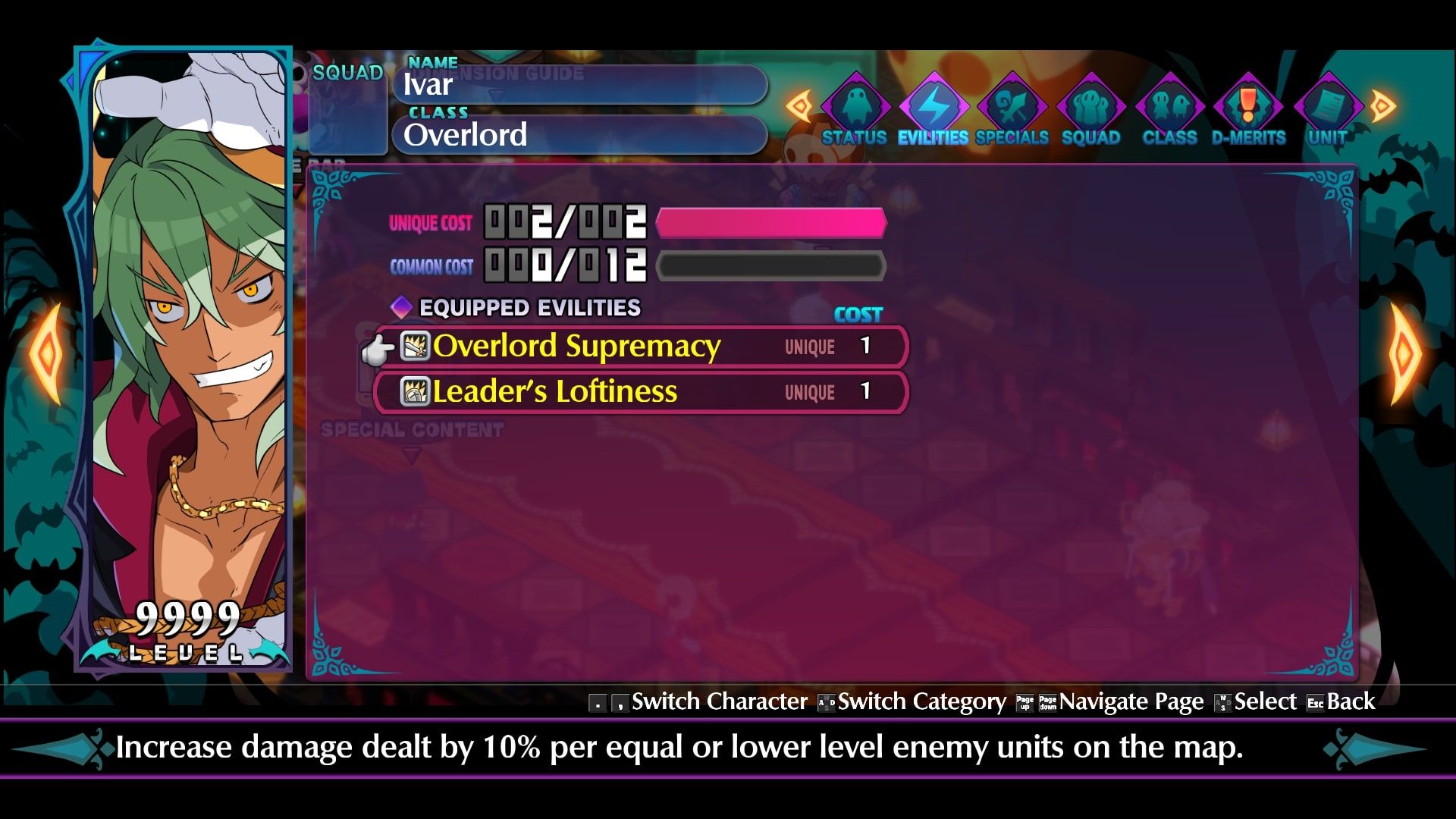 Ivar comes packaged with two unique evilities, and they are:

Overlord Ivar’s Evilities are pretty underwhelming. Overlord Supremacy is fantastic on very specific maps, but it gets worse the closer you are to victory. This makes Ivar especially bad at killing Bosses who either have no minions to back them up, or are at the end of the level.

Leader’s Loftiness is a much better Evility, but it plays into a defensive Ivar that doesn’t go anywhere. Misedor is substantially better at tanking, so Ivar is once again left a bit stranded. The boost here can be substantial – providing you place him in a large Squad. 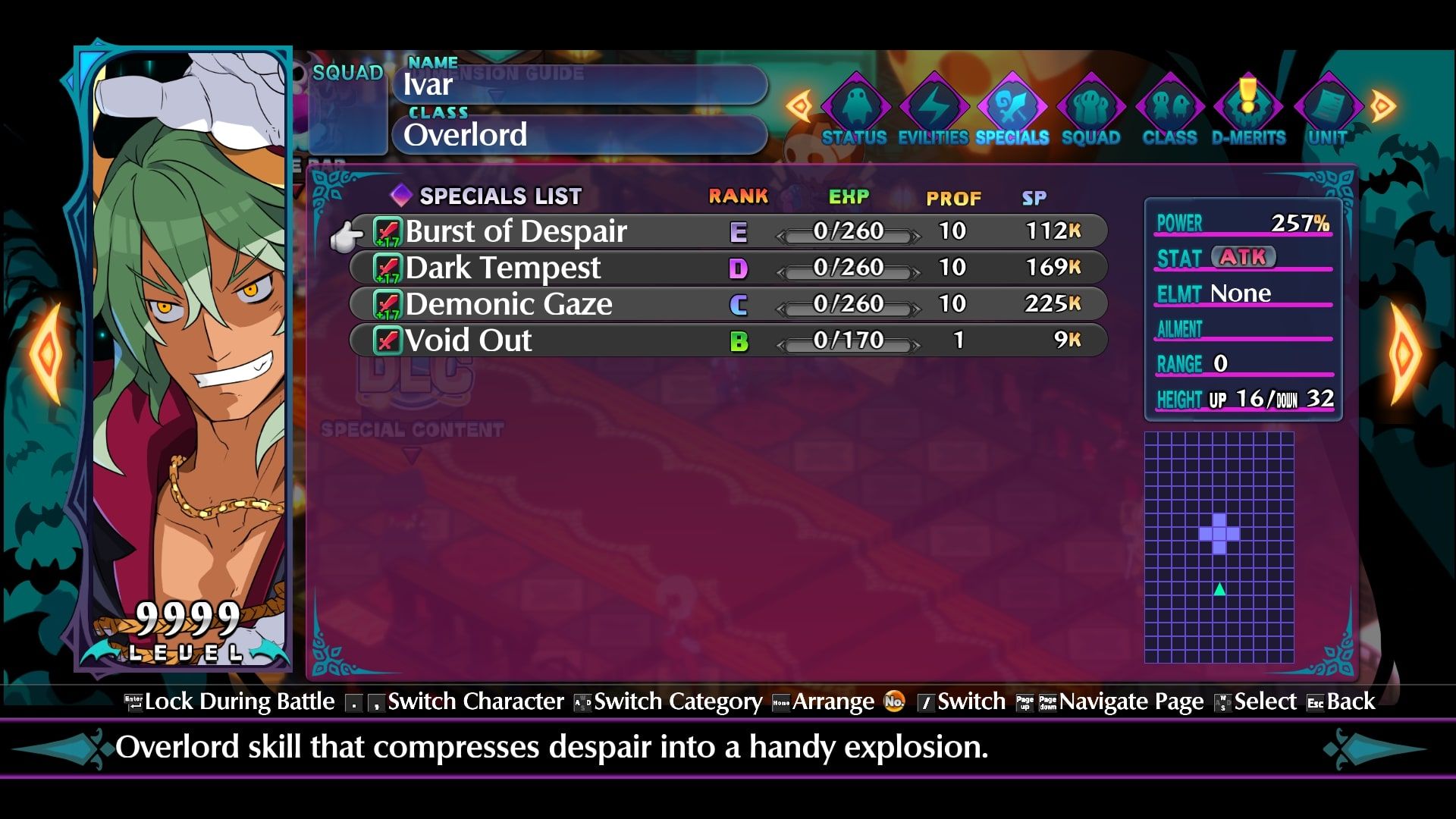 Ivar’s specials are underwhelming, but not terrible.

The biggest issue with Ivar is his lack of Rank. His best attack has a B Rank, which simply isn’t good enough. Sure, it has fantastic AOE coverage, but you can get that same coverage, on a stronger attack, from a bog-standard Witch. He hits like a wet noodle.

How To Use Overlord Ivar 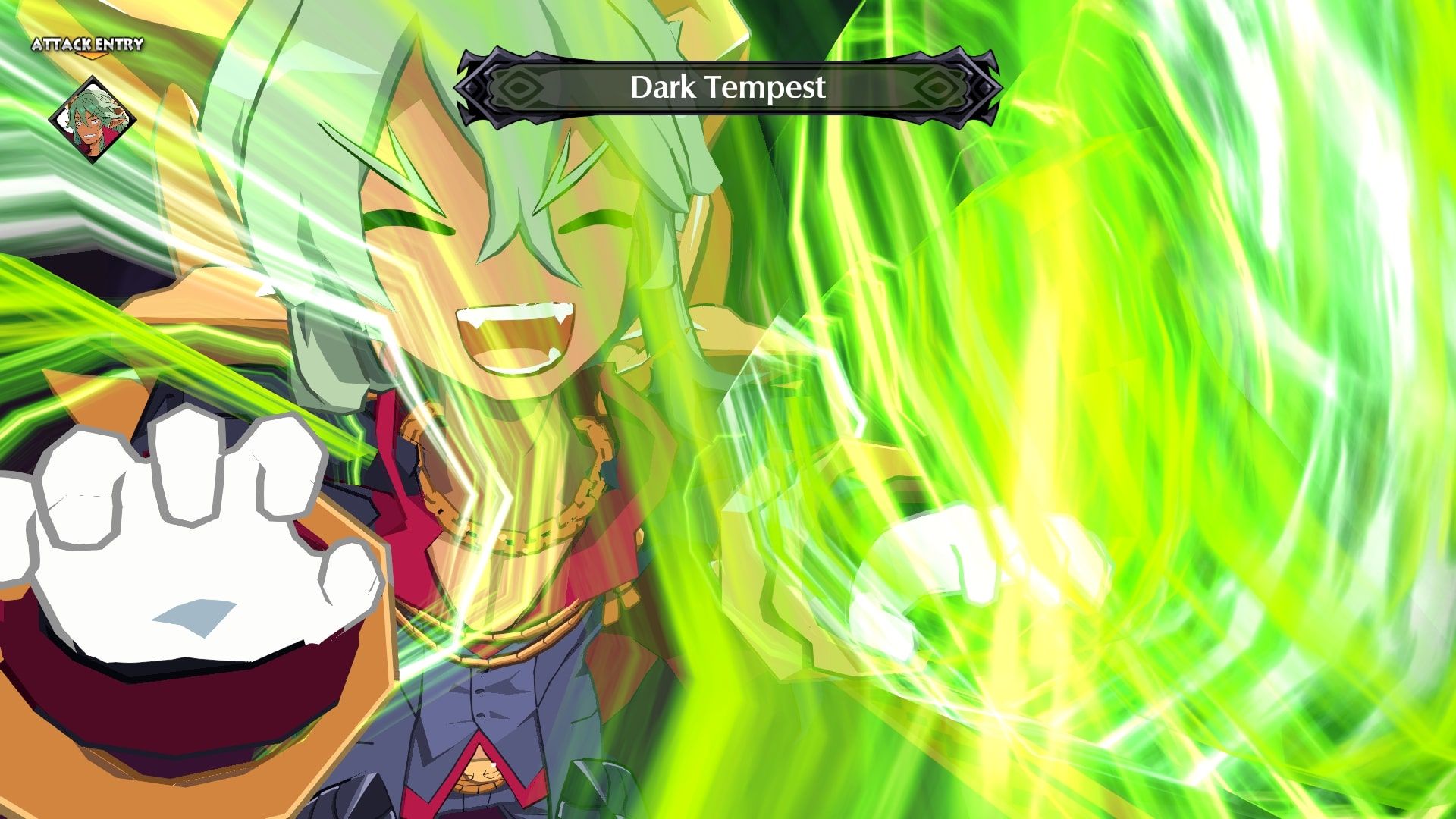 Ivar is pretty simple to use – you bring him for his AOE. He has an attack for every situation, and that attack is probably fairly decent – especially if he is packing an Axe. That’s literally all he does. He does decent AOE. Other than that, he falls incredibly flat. He is practically useless in a boss fight, making him doubly terrible in the extreme late-game when you are fighting the likes of Baal.

If you skipped over Overlord Ivar, we wouldn’t blame you.