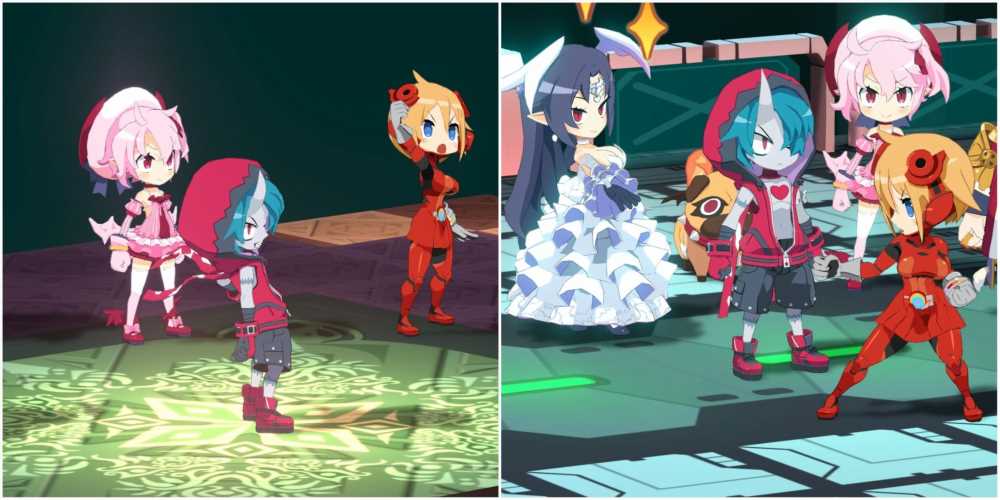 If there is a system you think could be made better than it probably can at the Squad Shop. You plonk your characters in, they gain bonuses or grant bonuses, and then you reap all the rewards. It’s a great system to dabble around in, and planning the perfect squad for your team is always satisfying – if a bit overwhelming at times. 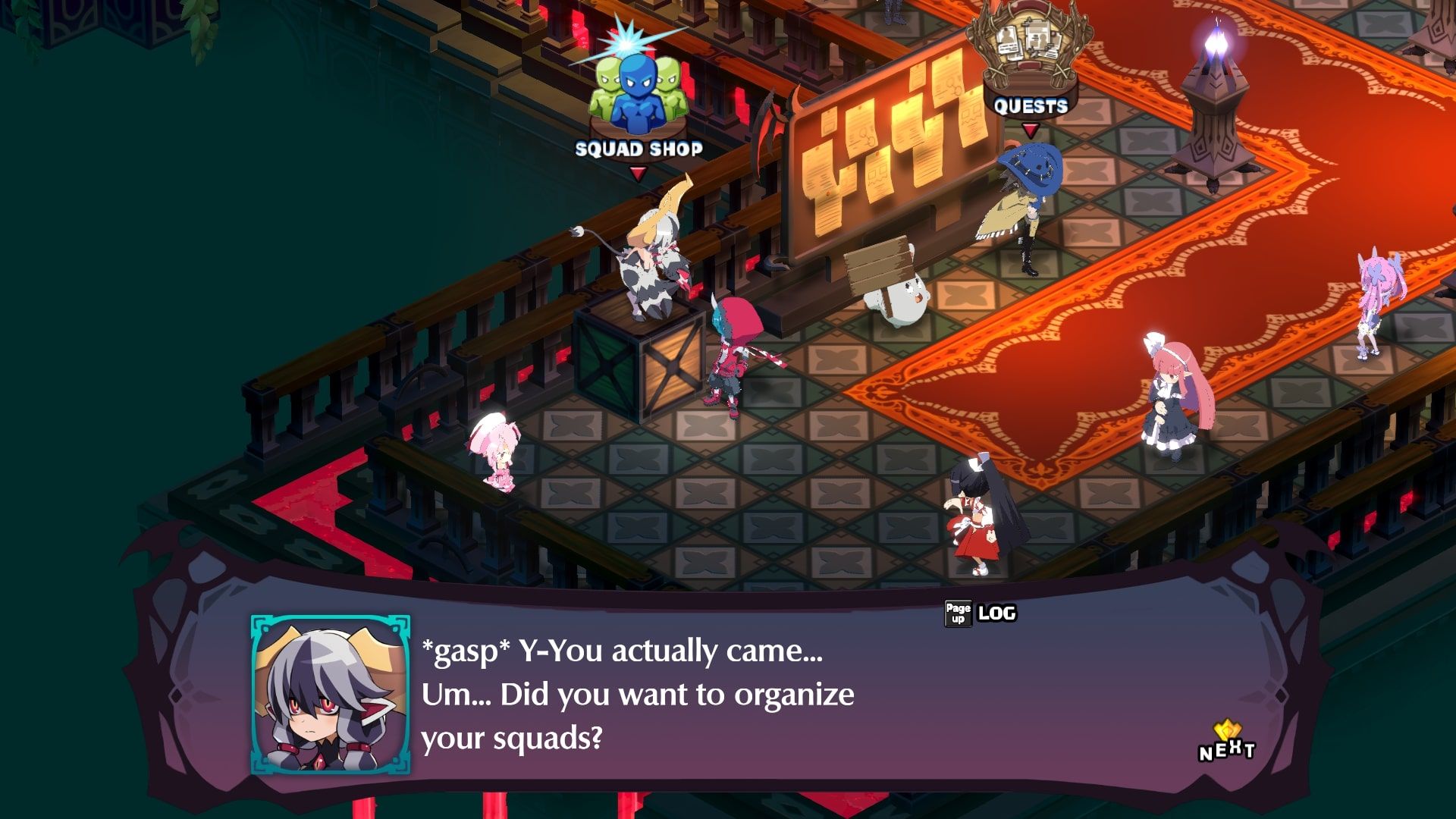 To use the Squad Shop all you have to do is go to Moonica, and assign characters to squads. That is it. You can upgrade your squads using Stored EXP, and you unlock new squads as you progress through the game. Come back often to check what has been added.

The Innocent Farm Squad enhances your ability to use the Innocent Farm feature of the Item World. This is very important since Innocents can be used to enhance everything from EXP gain to stats.

This is one of the many basic Squads that will help make it easier to grind in one way or another. The Skill Training Squad makes it so members can gain proficiency with their Skills faster.

This squad allows you to rapidly level up characters you aren’t using in battle (or those that are in battle, but you want to level up faster). It works by granting a portion of the Squad Leaders EXP to all other members. Very handy.

Similar to Boot Camp Squad, Channelling Squad allows the leader of the Squad to share Mana with his squadmates.

This is a fairly underwhelming Squad that allows allies to heal over time whilst they are in the Base Panel. It likely won’t get used much.

This Squad allows members to use items whilst still inside the Base Panel. This does have some uses once levelled up as it can make items more effective, but overall, it is very underwhelming.

This Squad is fairly good – it just requires the members of the squad to have a flat chest. We know how ridiculous that sounds, don’t worry.

This Squad increases Accuracy. It’s not great overall, but it can be handy if you are struggling to hit enemies because you aren’t quite at a high enough level. Upgraded, however, this Squad adds some pretty potent passive benefits worth considering.

This Squad is mostly for laughs as it makes everyone in it a Prinny – sort of. Every member will explode when thrown, just like a Prinny. This is fairly powerful as effects go – even if it does result in your death. The real strength lies in its ability to combo with the Dark Assembly to grant substantial stat bonuses.

Another way to gain EXP and Mana without having to do anything. Very useful for levelling up many characters at once. Just remember to take them out of the Squad if you want to use them in battle.

This Squad is potentially useful due to the ability to manipulate the Dark Assembly, however, you can do that in other ways. Very early on you can just force every Proposal through by killing everyone, so this Squad becomes mostly useless.

This Squad lets you send out passive Item World teams to level up your equipment. They will also level up as a side effect. This is a very powerful Squad worth investing in.

This simply allows you to jump more when at the Fourth-Dimensional Netherworld. Put someone in here and then forget about it.

This Squad allows members to earn more Evilities when Super Reincarnating. This is super useful because even useless Evilities can be turned into Mana, or transformed into Scrolls to teach someone else the Evility. It also provides bonuses to your attack damage, which is a nice touch.

This Squad makes it so members gain less EXP but have better growth. This is a great trade-off if you are already dancing on a level cap – not so great if you are trying to get to level 99,999,999.

This is one of the best Squads simply because the Juice Bar is so powerful. This Squad increases your Stock based on how many members you have assigned.