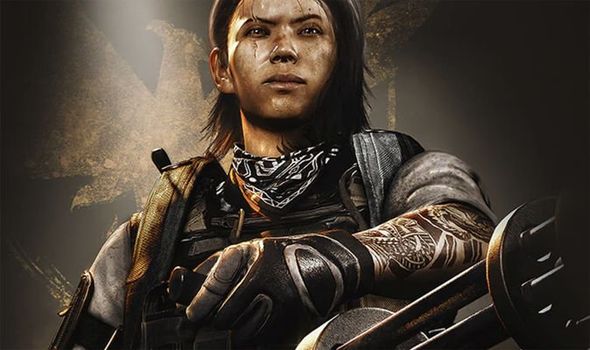 The Division 2 is offline for server maintenance, as Ubisoft releases Title Update 4.

The new Division 2 update adds the Gunner class, which can be unlocked by completing a Special Field Research assignment.

The Gunner is said to employ new tactics like the Banshee special and Riot Foam grenades.

According to the early patch notes, new UI elements are also inbound, while ammo will be easier to track.

Of course, the new update won’t be playable until after server downtime, which lasts for three hours.

The game is offline from 8.30am UK time, and will come back online from maintenance at 11.30am BST.

“We will be deploying Title Update 4 during this maintenance. Patch notes will become available during the downtime.”

As the name suggests, the Gunner is equipped with a powerful Minigun.

“Joining the fight together with the other Specialists, The Gunner is equipped with the powerful Minigun, which will be a force to be reckoned with on the streets of Washington, D.C,” Ubisoft explains.

“With an emphasis on sustained damage output and damage resilience, the Gunner will serve as the vanguard of SHD Agents in the ongoing fight to reclaim the city.

“When activated, The Gunner receive bonus armour based on the amount of Specialization ammunition they are carrying and can easily tank incoming damage for short periods of time while using their Minigun to suppress their enemies. There’s a catch though – when the weapon is drawn, the Gunner can’t enter cover, vault or roll.”

The Gunner can also force players out into the open using the Banshee Signature Skill, which causes targets to become confused.

• Once the Gunner arrives on live servers, you’ll be sent on a Special Field Research assignment to unlock it.

• The Gunner employs new tactics like the Banshee special and Riot Foam grenades.

• You can immediately unlock the Gunner if you’ve got the Year 1 Pass. Don’t forget, you’ll also be able to do Special Field Research that unlocks unique cosmetic items.

• New UI elements are coming for specialization ammunition. Here’s how to earn them:

• Your agent’s life bar that will fill slowly. But, headshots, killing enemies effected by status, and additional Specialization actions will help fill that bar more quickly

• Ammunition will be easier to track and appear less randomly.

• Specialization trees are getting a rework. Expect to see new nerfs, buff, and changes.

• Generic gear mod slots have been added and a “like-for-like” system has been introduced. This allows for more streamlined, more visual modification.

• Non-toggle Rogue has returned to the Occupied Dark Zone.