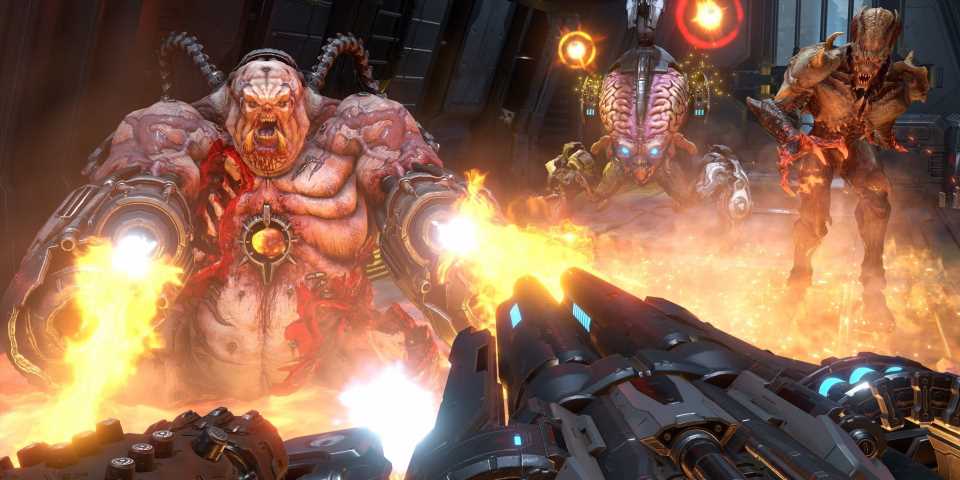 While there are a ton of collectibles to discover while slaying through countless waves of horrifying demons in Doom Eternal, perhaps none are more beneficial than the Mastery Tokens. Late in the game, players may begin to discover these mysterious floating coins throughout each area.

These items allow the player to skip through the requirements needed to complete challenges in order to gain mastery of a particular weapon upgrade. In total, there are just seven tokens scattered throughout the game and this guide will help players locate each of the hidden seven collectibles. 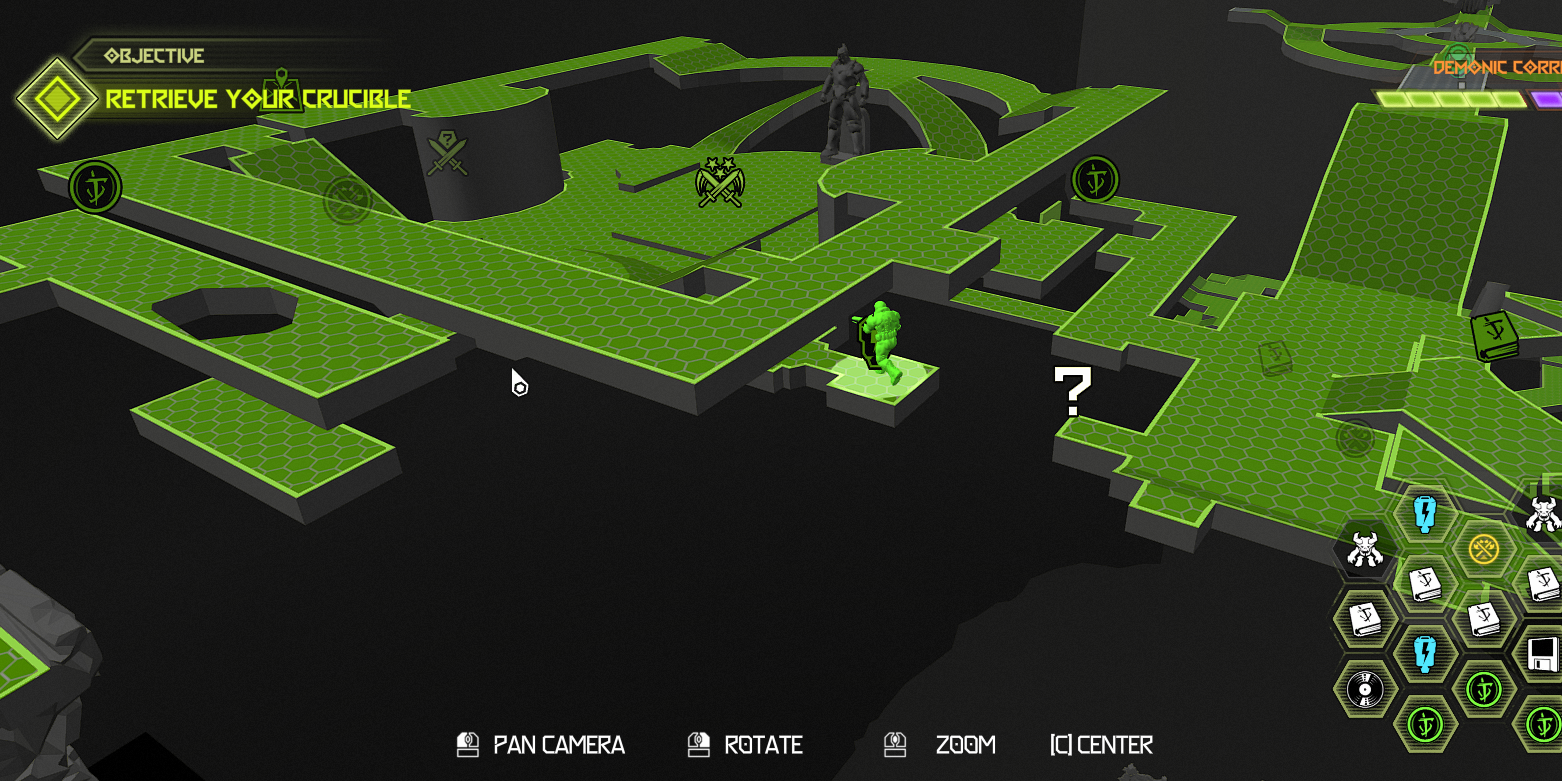 The first two tokens can be found during the Taras Nabad mission. While standing across from the stone statue in the middle of the battle arena, to the left of the statue is a second statue, and to the right of that statue is an area lit by a pair of torches hung up on the wall illuminating the nearby area.

Head towards the duel torches and take a left towards the dead end and then left again through a short hallway leading to a green button on the wall. Activate the button to lift the gate on the other side back in the main area and next to the statue where the first Master Token can be picked up. 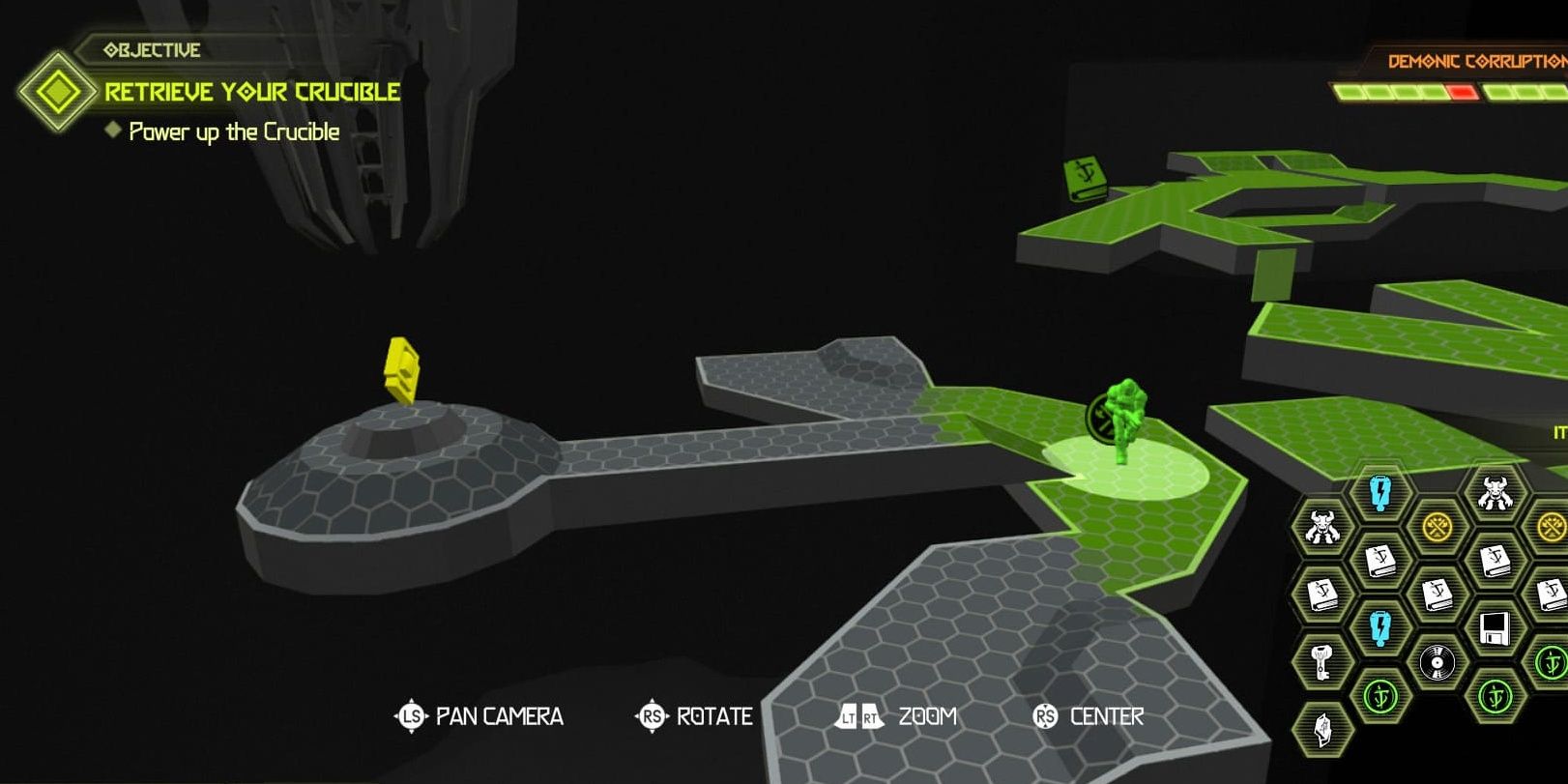 The next token isn’t hidden and can be collected later on near the end of the mission. Simply drop down onto the platform below and the token can be picked up sitting in the middle of the area next to the staircase prior to powering up the crucible.

The third and fourth tokens are hiding in the next area during the Nekravol mission. The third one can be found early in the mission while battling through the Soul Factory.

Upon entering a room surrounded by a giant wall of fire and a massive spiked platform slamming into the ground below, quickly navigate across the room and pick up the token sitting on the other side. 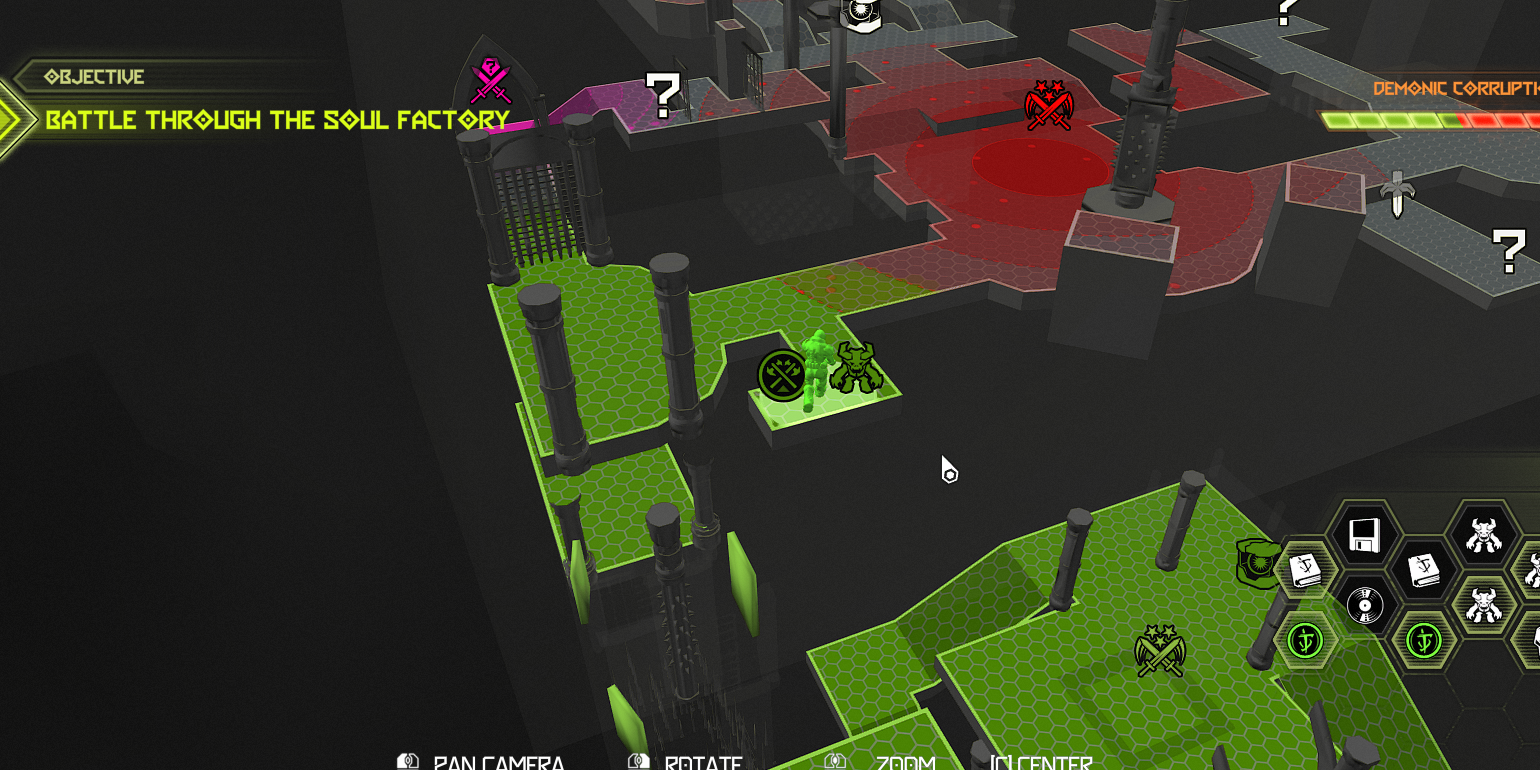 Deeper into the Soul Factory, look for the escalating platform, and ride it to the top of the area. The Doom Slayer will then be introduced to some more spikes falling from the sky and slamming into the floor prior to the next battle arena. Dash past the first set of spikes and enter through the hole in the wall on the right next to the second spiked trap where the token is sitting inside.

The fifth token is located in part two of Nekravol. At the beginning of the level while standing on the bridge, approach the second set of statues and walk towards the ledge next to the statue on the left across from the revolving trap spitting fire and jump.

Fall off the edge and aim for the jump pad below that will (hopefully) shoot the player across onto the platform next to the spinning trap. Walk around the platform avoiding the flames and jump across the gap, dashing towards the nearby wall underneath another warm trap. Scale up the wall and onto the platform where the next hidden token is sitting next to the trap. 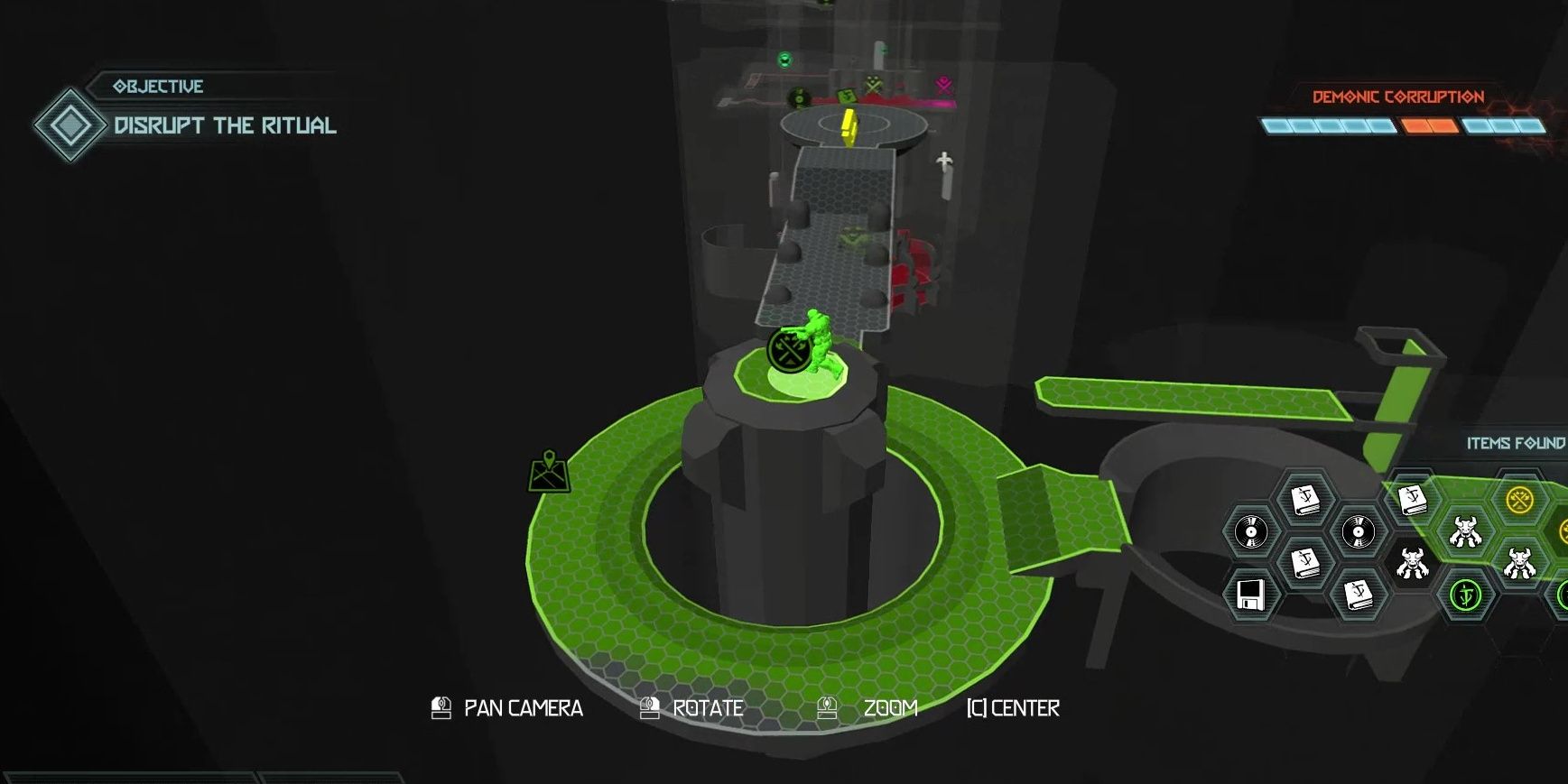 The final two tokens can be found during the Urdak mission. The first one can be picked up near a doorway that is blocked off by a series of lasers. Look below the blocked door to locate a green button. Shoot it and dash across the gap and towards the now laser-free entrance before the lasers reappear.

Once across, don’t go through the doorway yet but turn around and look back across the gap, and on the ceiling is a second green button. Shooting it will activate a hidden platform that will descend from the ceiling. Once it has lowered, hop on and ride it back to the top of the room and jump onto the nearby wall. Climb up the wall and at the top is a hallway where the next token can be found sitting on another platform across a small gap. 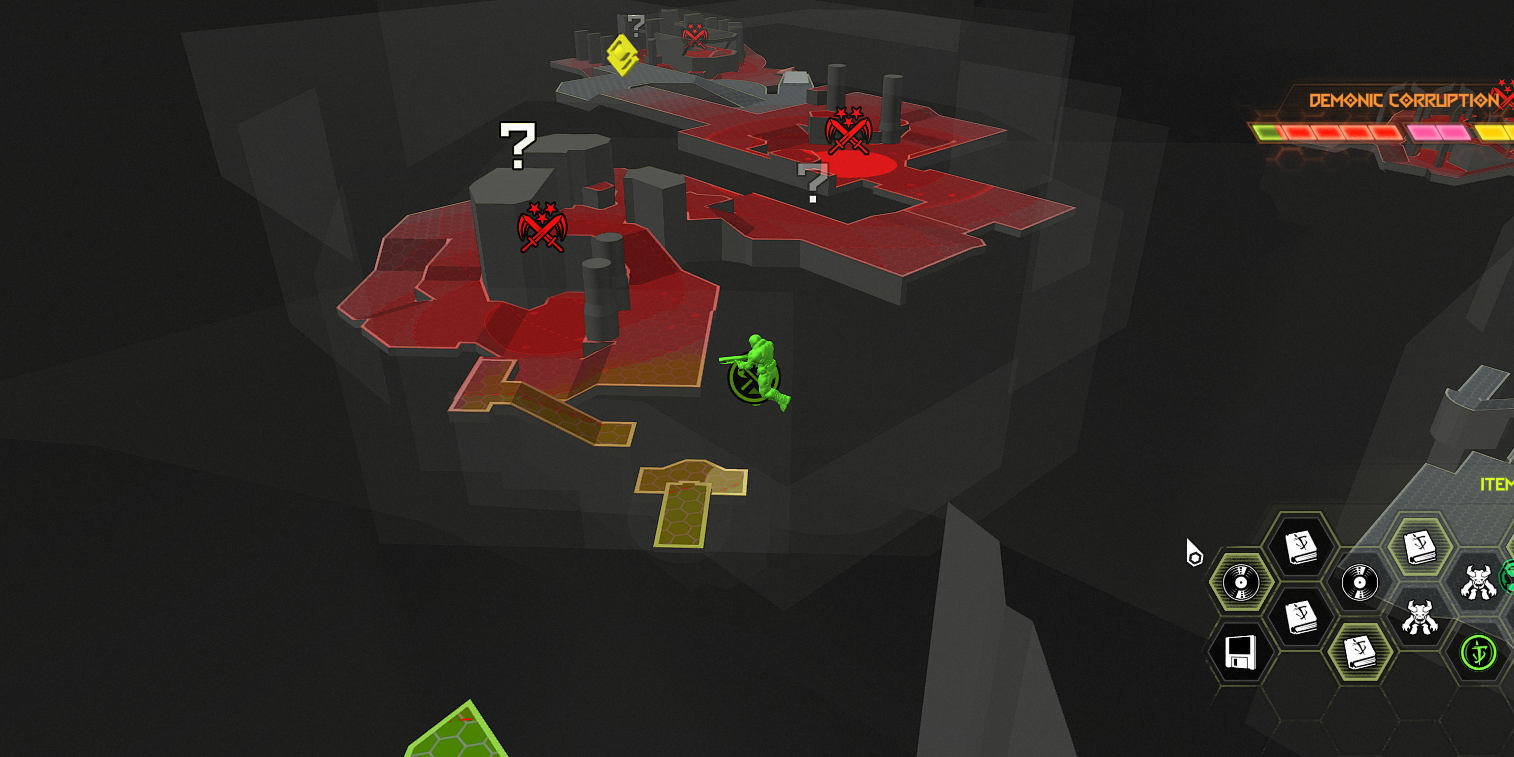 The 7th and final token can be found later on during the Urdak mission on a small platform near one of the arenas. Locate the DOOM (2016) Rip and Tear Album collectible and dash through the small opening in the nearby wall above the collection of monkey bars. Inside through the hole and up above on a small ledge across the staircase is the 7th and final Master Token.

Jesse Benoit is a gamer, writer and video assistant for the Queen’s University athletic department. Located in Kingston Ontario, he has been an editor for gamingrunts, He has recently added writer for TheGamer to his resume. Graduating a Sports and Entertainment, Sales and Marketing program he is now aiming to build upon his experience.