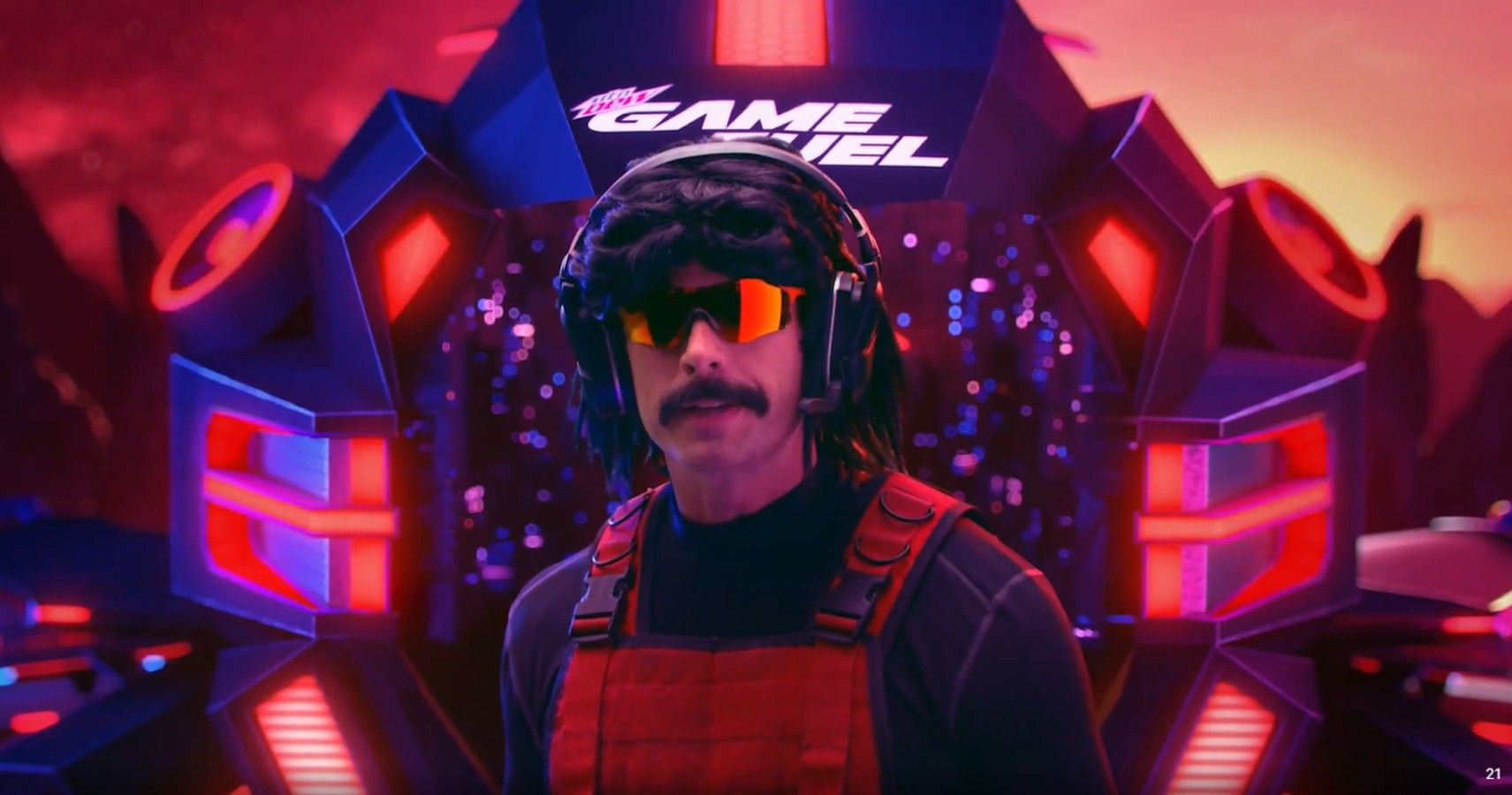 Dr Disrespect appeared on Twitch this week thanks to a Mountain Dew ad accidentally airing during a Warzone tournament.

The first anniversary of Dr Disrespect’s Twitch ban is nearing and the world is still none the wiser as to why it even happened. Just when you hadn’t thought about it for a while, the internet was sent into a tailspin this week when the controversial streamer returned to the platform unannounced. Don’t get too excited if you haven’t seen it, it’s not quite what you think.

A Code Red Warzone tournament, which Dr Disrespect was a part of, was live-streamed via BoomTV. Despite the streamer being a part of the tournament, he was naturally not a part of BoomTV’s proceedings since it uses Twitch as a platform. However, when the hosts cut to a commercial break, those watching were treated to some Dr Disrepect action on a platform he has been categorically banned from.

As implied by the fact the stream has gone to a commercial break, it was via an ad. More specifically, an ad for Mountain Dew’s Game Fuel of which Dr Disrespect is the star. Even more surprising is the stream didn’t cut from the ad after realizing the mistake it was making live in the moment. BoomTV stuck with it and showed the advert in its 30-second entirety.

It’s not as if this was some bold statement by BoomTV to show solidarity with Dr Disrepect. The channel has since explained to Twitch what happened and clarified that it was a mistake. Twitch is yet to respond or react to the appearance, but judging by how it dealt with Dr Disrespect last summer, and what it has done since, the punishment for BoomTV could be pretty severe.

Dr Disrespect has since found a new home on YouTube and still won’t say what happened. The streamer has previously claimed even he doesn’t know why he was banned, which seems unlikely. Fellow streamer TimTheTatMan has discussed with fans about how much he misses playing with Dr Disrespect, even suggesting that he can no longer play with him offline, let alone online while streaming on Twitch.