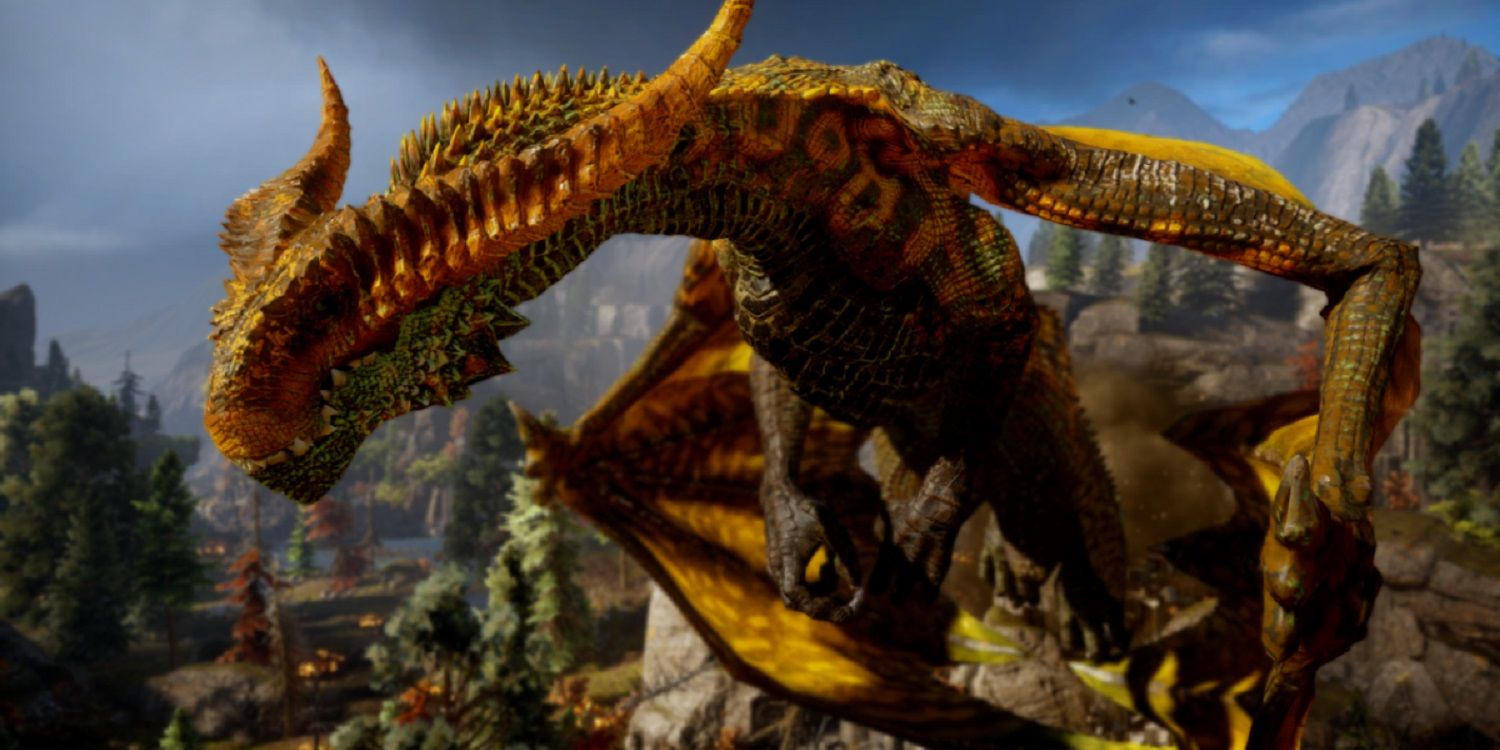 The first dragon I fought in Dragon Age: Origins was guarding the Urn of Sacred Ashes. A huge beast, it sleeps overlooking the entrance to the holy dungeon, remarkably placid for such a fearsome creature. After stealing a pinch of the Ashes of Andraste, I rang the bell to summon the dragon. It circled above me for a few seconds before swooping in to land – to land and wreak havoc.

Except, it didn’t. Not really. Yes, it knocked out my party a few times and I had to restart, yes it kicked out with vigour and spouted deadly fire at my friends, but mostly it just had a big health bar. Its attacks didn’t do huge chunks of damage, it was just able to use a lot of them in the time it took me to fell it. Its fire burned and claws rended, but the fight basically amounted to a heal-off. Could my judicious application of healing potions last the fight? Did I have enough of them to stay in the battle for long enough to take it down?

Maybe I was just underleveled, but the fight was underwhelming. Dragons are the quintessential mythical beast, their name is literally in the series’ title. And yet the dragon fights in Origins were bland. The Archdemon, while technically not a dragon I don’t think, kept things a little more interesting by throwing waves of Darkspawn at me during our fight, but taking it on amounted to the same thing: getting its health bar down while managing my own. 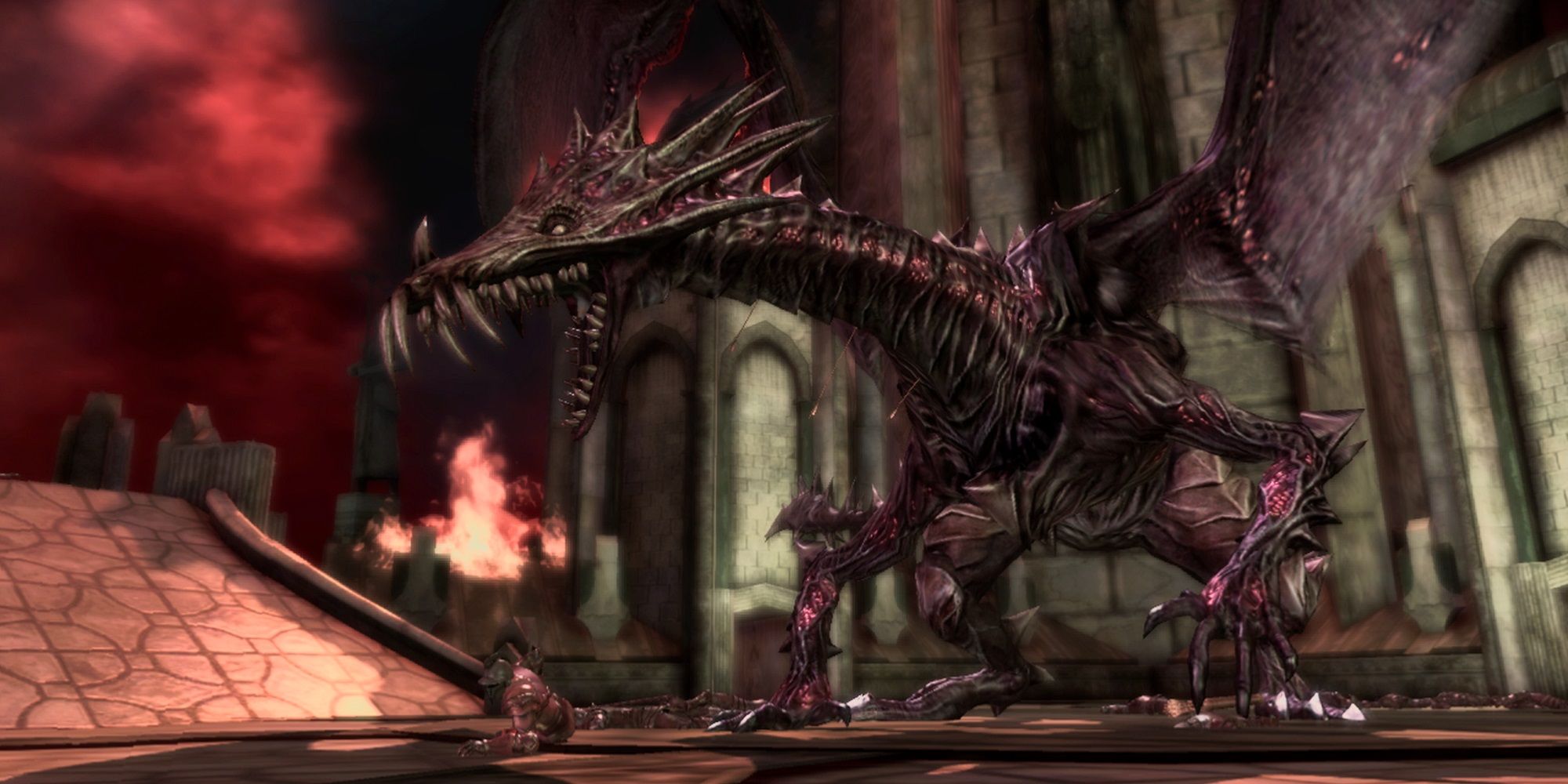 Perhaps part of this is an indictment of Origins’ combat, my playstyle, or something else, but the biggest boss fights didn’t work for me. The dragons weren’t much better in the sequel, mind.

After Flemeth’s impressive entrance in the introduction to the game, I had high hopes for Dragon Age 2’s dragons. But I only found one other in the whole game, during the Mine Massacre quest where a group of miners had been merked by a scaly assailant. The fight was over quickly and the experience was disappointing. The dragon had the same limp attacks as its Origins counterparts, but didn’t have the same obnoxious health bar. It wasn’t half as frustrating, but it was even more underwhelming. Why are these great creatures, icons of the fantasy genre, attacking me with claws made of damp tea towels and fire with the potency of a slightly-past-its-sell-by-date sandwich?

That all changed in Dragon Age: Inquisition. I met my first dragon early in the game, which is always exciting, and it blew me away. I had just set up a camp in The Hinterlands and ventured north into Lady Shayna's Valley. Inquisition is a breathtaking game, and this was the first moment that made me sit back and just take it all in. The magnificent Ferelden Frostback swooped through the sky with grace and majesty, and I remembered fighting the Archdemon and thought about how badly I need to play an Origins remake. Then the fireballs started. 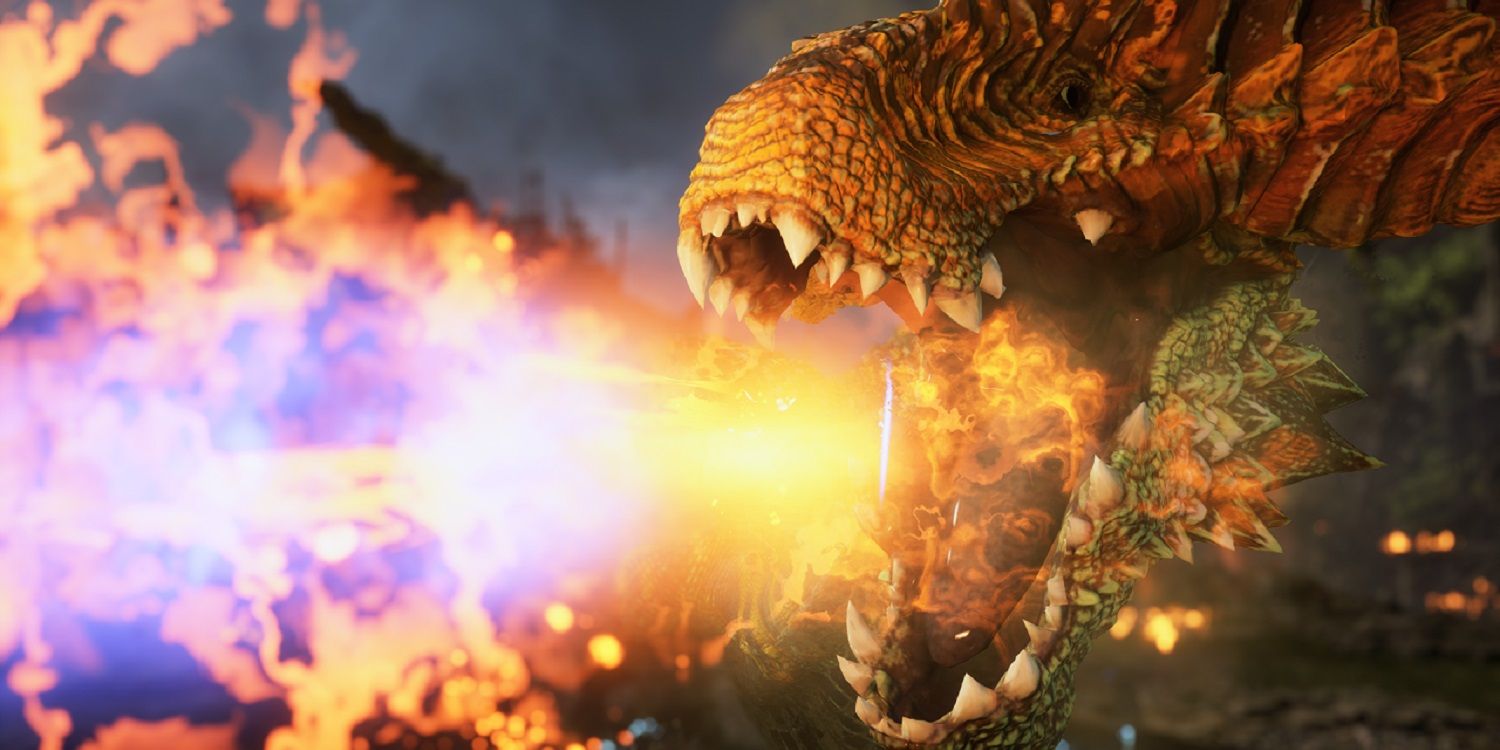 Poor Varric died immediately. Solas didn’t last much longer, with two flaming barrages taking him out. It was just me and Cassandra. I had no intention of fighting that dragon, it just attacked me out of the blue. It attacked with ruthless aggression and devastating fireballs that I couldn’t help but respect the wonderful beast that murdered my friends. I retreated to my camp to heal my party members, but I haven’t stopped thinking about the encounter since.

This is what dragons are supposed to do. They rend flesh from bones, tear limb from limb, and melt armour and bone without prejudice or remorse. They’re ferocious, clever, and unrelenting. Put simply: they’ll fuck you up. One day I’ll return to The Hinterlands and take on this Ferelden Frostback, but it won’t be for a long while. I need to spend hours training in Val Royeaux and the Storm Coast first, upgrading my armour with the smithie and finding the very best weapons to tackle such a fearsome creature. As brutal and brief as my first encounter was, I’ve never been happier for my party to be completely obliterated. Dragon Age: Inquisition finally got dragons right.