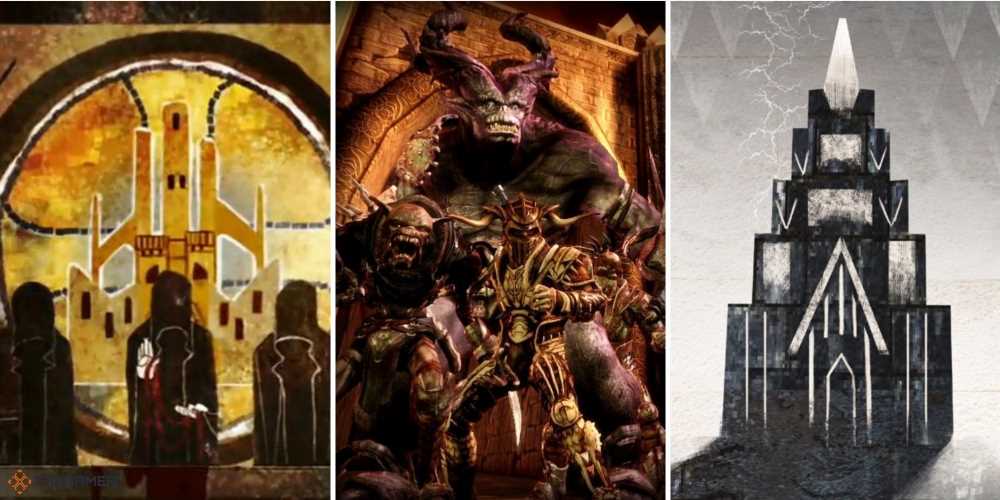 The darkspawn are a mysterious, zombie-like race from the Dragon Age franchise. In the vast world of Thedas, just like in the real world, multiple cultures and countries butt heads against one another, with different interpretations of history, different religions, and different ideas about the perfect life.

Darkspawn are one such point of contention. Different groups disagree about where they came from, who is to blame (if anyone), and how long they've been around. In this article, we're reviewing these interpretations to give you a clearer sense of the entire picture, from Dragon Age: Origins, Dragon Age 2, and Dragon Age: Inquisition. 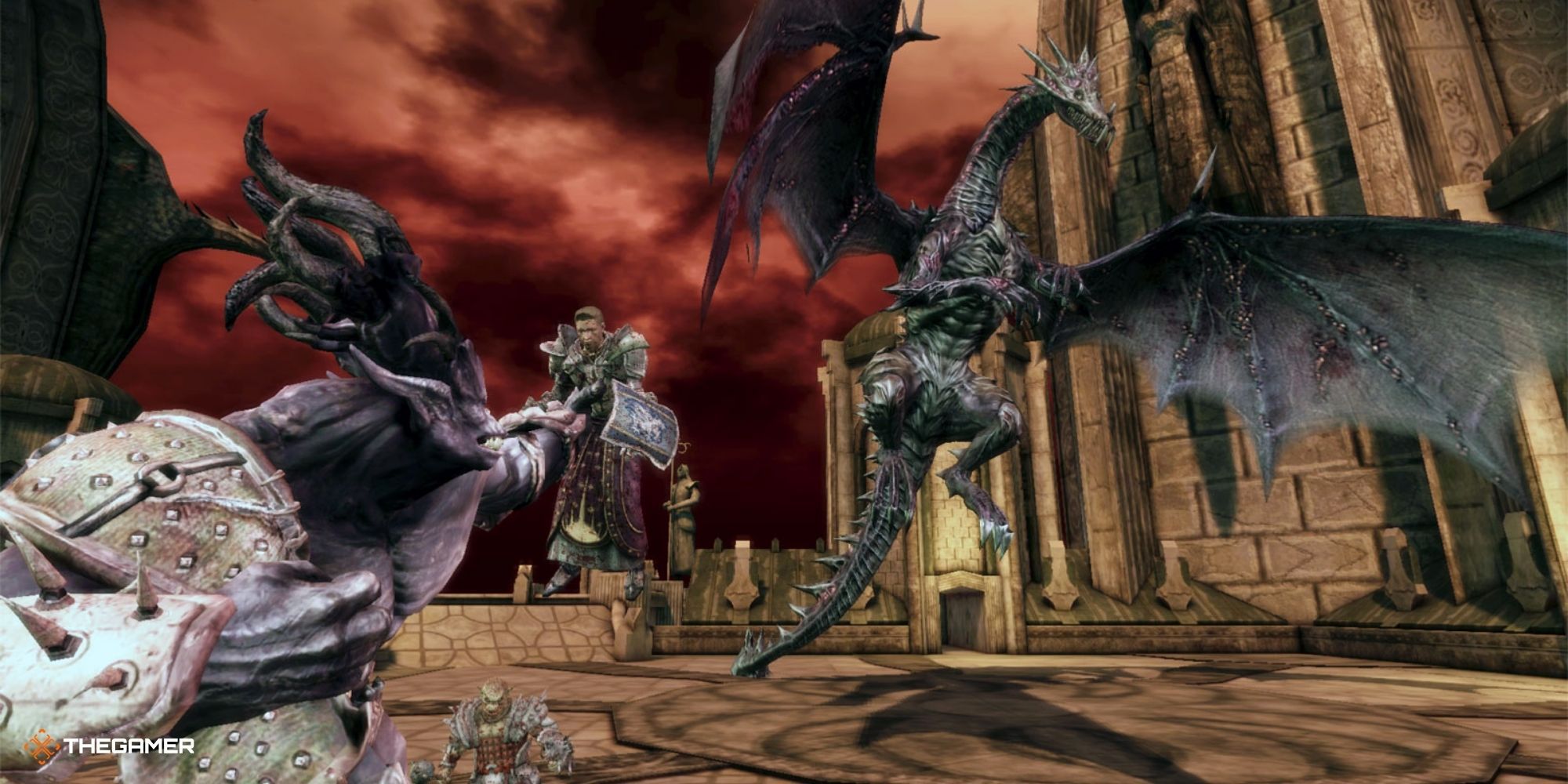 There are a few things we can say for certain about the darkspawn. 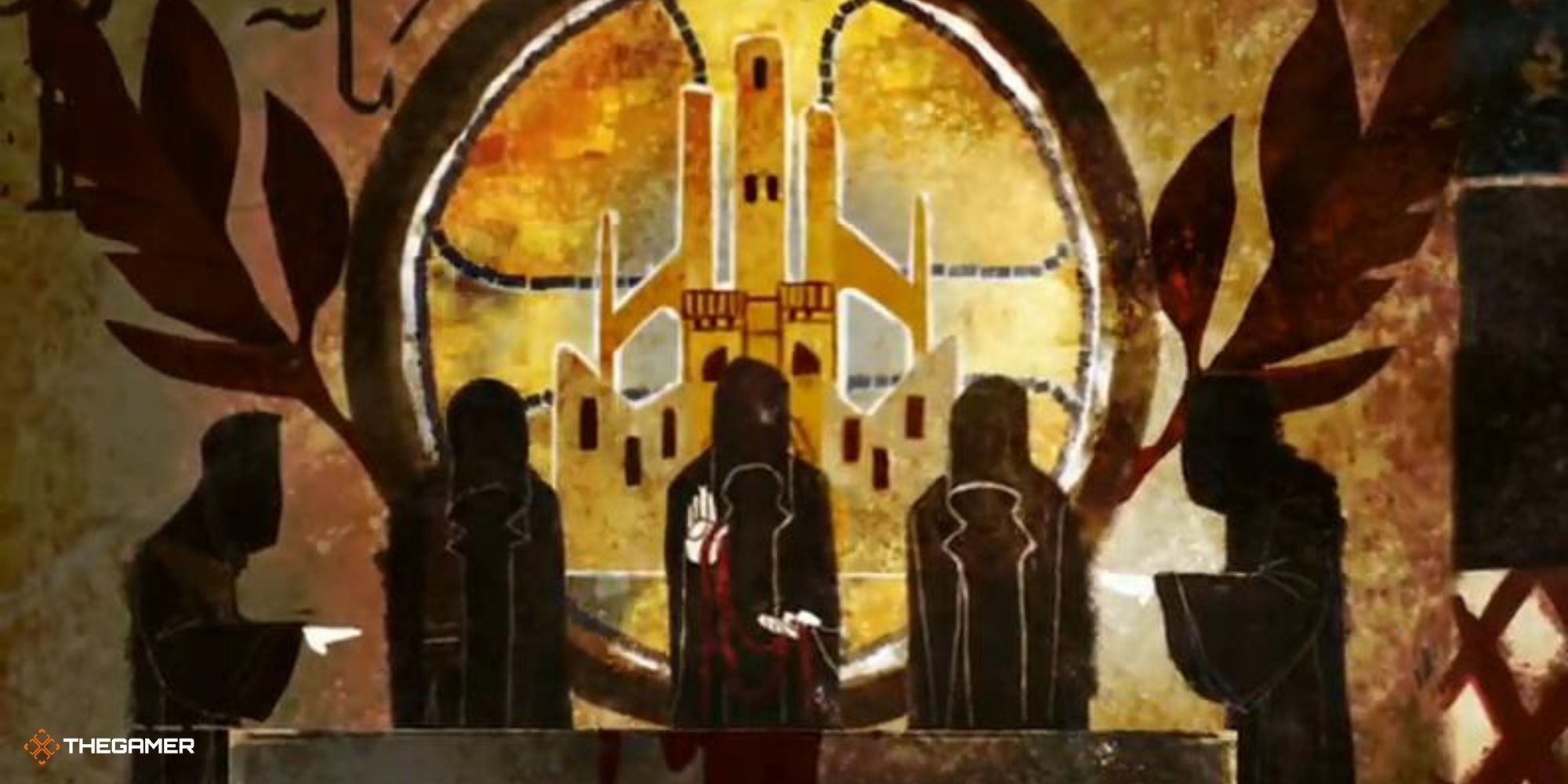 The Orlesian Chantry version is the one that the player is introduced to at the beginning of Dragon Age: Origins, in Duncan's narration. It's also the interpretation you'll come across the most during your time playing the games. According to the Chantry, the darkspawn were created by human folly. They call the event that created the darkspawn the "Second Sin."

The Chantry holds that the Maker (who is similar to the Christian God) once lived in a place called the "Golden City" in the Fade. Then, one day, seven Tevinter Magisters tried to reach the Golden City. They were able to get there but, since it is entirely pure, it was tainted and turned black by their natural human sins of pride and hubris. The Magisters were cast back out into the physical world as the first Darkspawn, carrying the Taint, which they eventually passed on to others.

The first darkspawn went underground, digging deep as they could go. Eventually, these darkspawn found the underground prison of one of the Old Gods: Dumat. They freed Dumat and awoke him, and their Taint turned him into the first Archdemon. Dumat led the Darkspawn to the surface and used them as an army to attack the world, causing the First Blight. 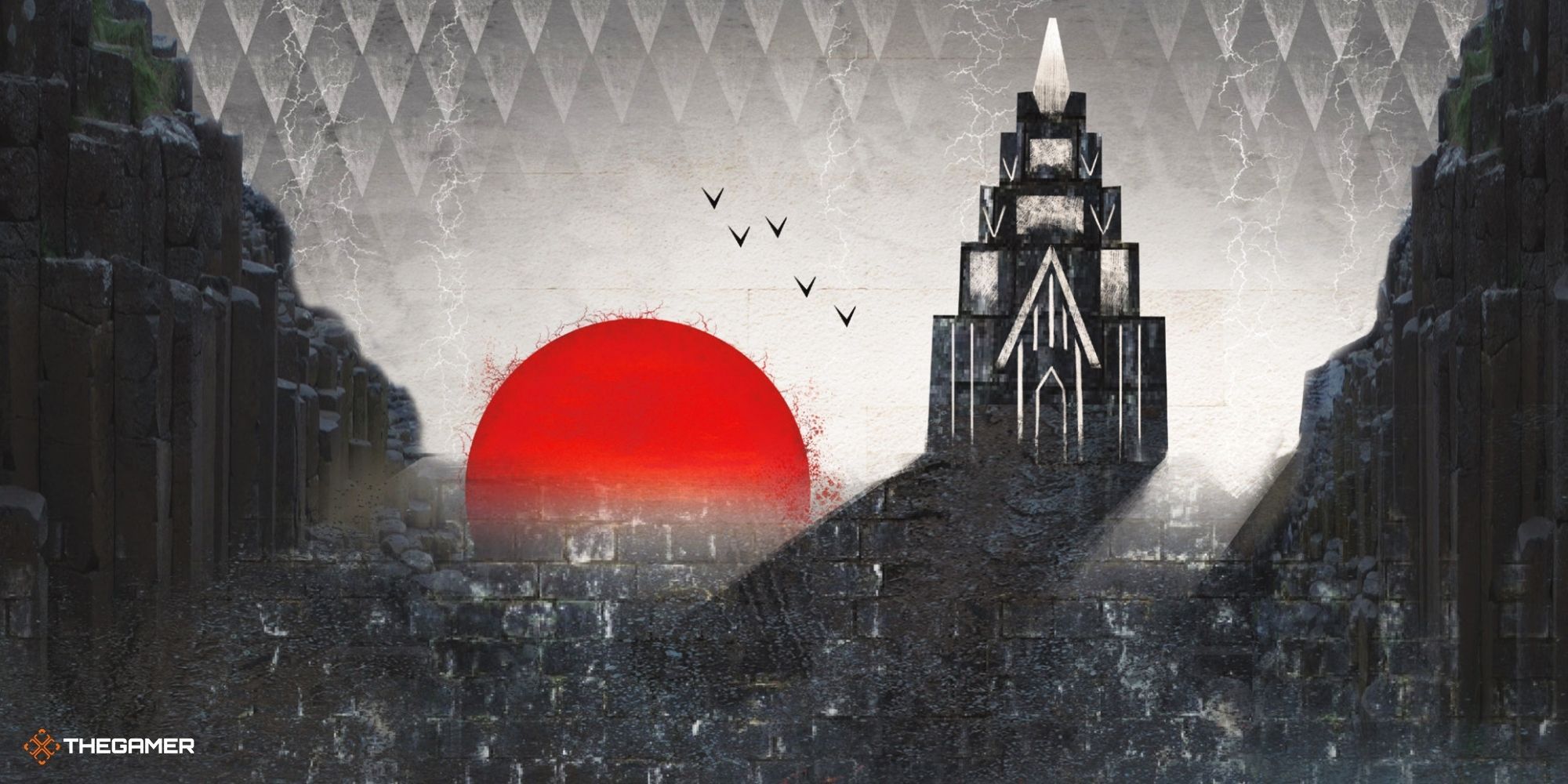 The Imperial Chantry doesn't offer an official alternative to the Orlesian Chantry's version. So, all we have to go on is the consensus of the people in Tevinter.

Based on dialogue with Dorian in Dragon Age: Inquisition, most Tevinter citizens seem to believe that there is no connection between the Blight and the Magisters, and that Darkspawn have just always existed.

However, one codex entry from Dragon Age: Inquisition discusses a part of the Chant of Light that places blame for the existence of the darkspawn on the Old Gods, not on mortal sin. A different source is more specific, blaming the creation of the darkspawn on Dumat. This may be a belief held by some people in Tevinter to the modern-day, or just a historical belief that has died out. 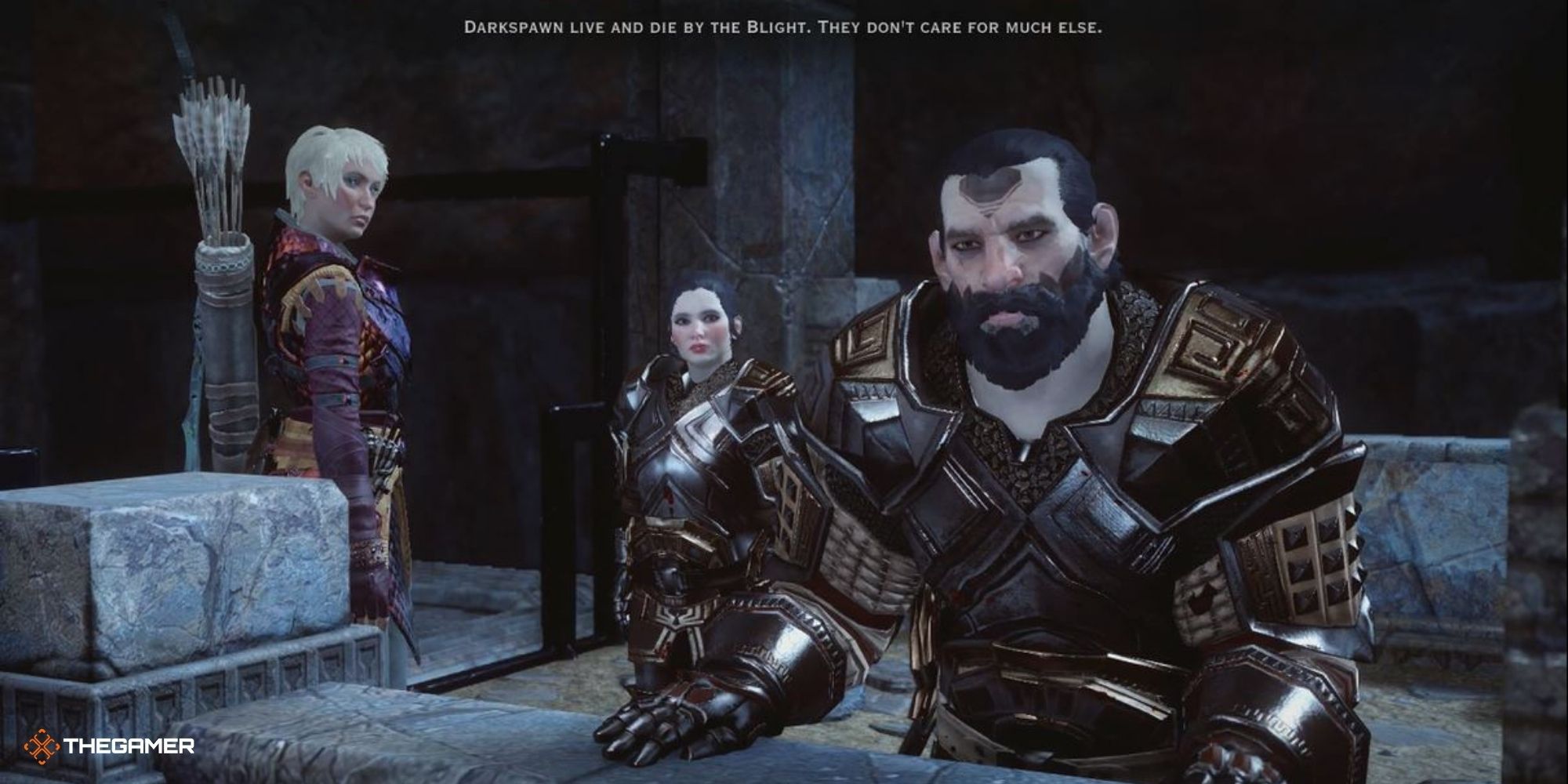 Though the dwarves don't believe in either of the Chantries or in the Maker, they've certainly been plagued by the darkspawn for years. When the first darkspawn went underground, they destroyed much of the sprawling dwarven empire. The remaining dwarven cities (Orzammar and Kal-Sharok) must always hold their borders against incoming darkspawn.

Dwarves don't speculate about how the darkspawn came to be, necessarily. However, some Shapers (academic dwarves who are charged with maintaining the memories of the dwarven race) have speculated that there is a "Queen" or "First" Broodmother.

The dwarves in Orzammar have a group called the "Legion of the Dead," a kind of military that is trained for the specific purpose of fighting Darkspawn. Dwarves that become a part of the Legion are considered to be dead after they join. 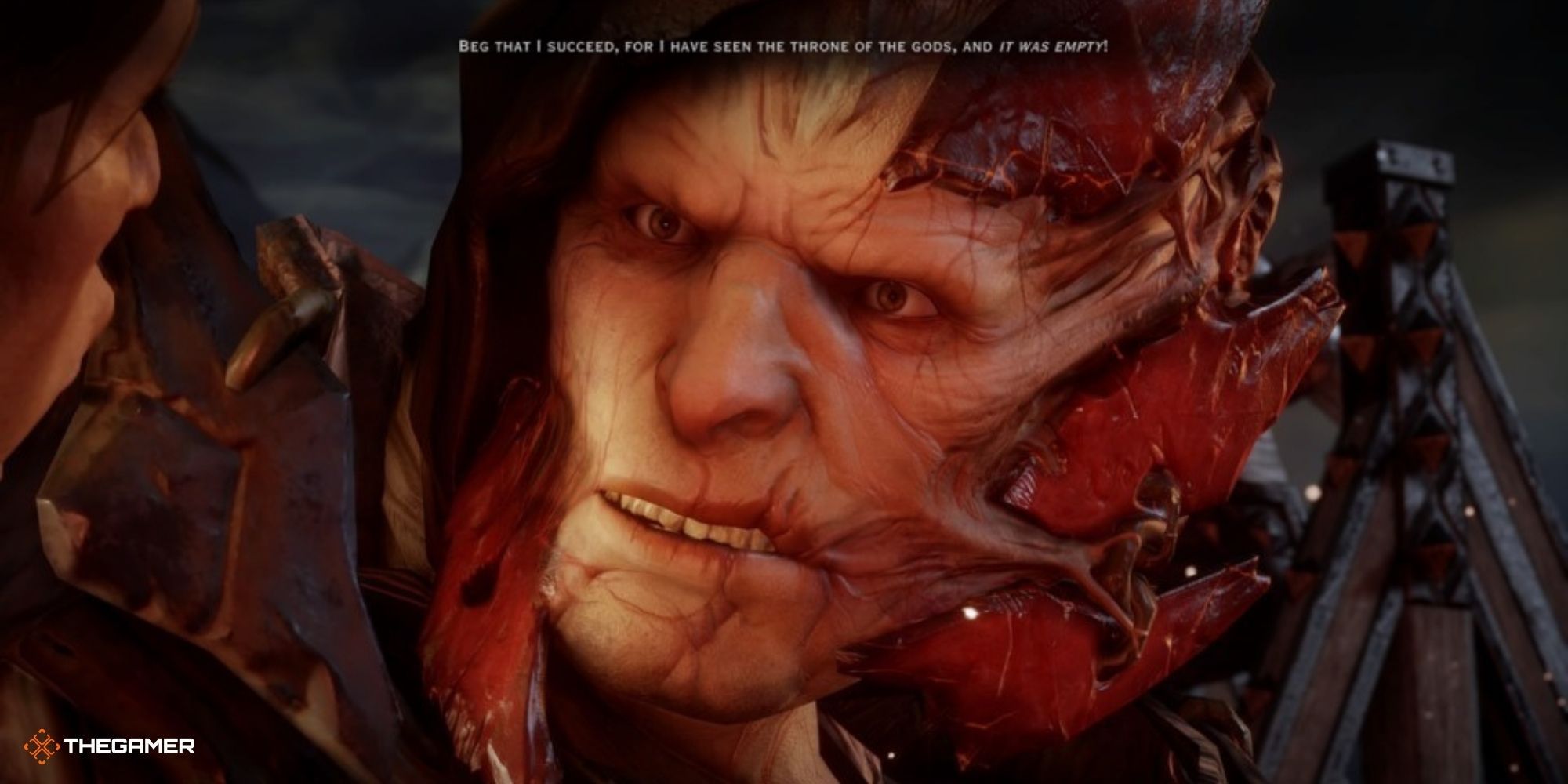 In Dragon Age: Inquisition, the primary antagonist is Corypheus, who is an ancient darkspawn and, supposedly, one of the Magisters who the Orlesian Chantry says entered the Fade and was cast out as the first darkspawn. Corypheus has his own version of the story, which includes elements of the Orlesian Chantry's and the Imperial Chantry's.

According to Corypheus, the Magisters did enter the Golden City, but not by their own plan. He was a Magister who was also the High Priest of the Old God Dumat, and began to hear Dumat in his dreams. Dumat supposedly promised to make Corypheus into a god if he entered the Fade and claimed the Golden City. Corypheus agreed but could not accomplish this alone, so he asked for the help of the other six high priests.

The High Priests were able to enter the Fade and reach the Golden City. However, while the Orlesian Chantry says that when they reached it they turned it black with their hubris, Corypheus claims that it was already black when they reached it and that the throne, where the Maker should sit, was empty. He does not comment any further on the creation of the darkspawn race. Corypheus is said to have fallen into a sleeping state for around 200 hundred years until he awoke in the aftermath of the First Blight. Soon after, he was captured by Grey Wardens.