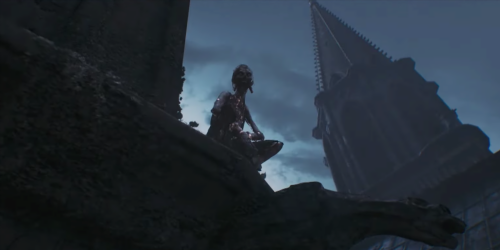 The trailer, which was teased earlier on Twitter, showcased a bit more of the world of Dying Light 2 through a cinematic trailer. No gameplay footage was shown during the trailer, but it did give us a look at the tone of Dying Light 2.

The trailer showed a runner trying to survive against the infected, before being attacked in the air and falling to his death. The trailer seems similar in vibe to the original Dead Island trailer, showcasing several scenes out of order before showing that the overall story is much sadder than it initially appeared.

In this case, it shows the runner going up against two other survivors before eventually revealing that the runner has a young child that they're trying to protect. Put it in reverse and it's basically just Dead Island all over again. It also doesn't seem like it has anything to do with the full game, as Dying Light 2's protagonist is nowhere to be seen in the footage.

For those who have been patiently waiting for Dying Light 2 over the past few years, good news – it's finally gone gold. This comes after the developers promised that it wouldn't be seeing any more delays from its February release. Fans of the series were worried following reports of issues within Techland.