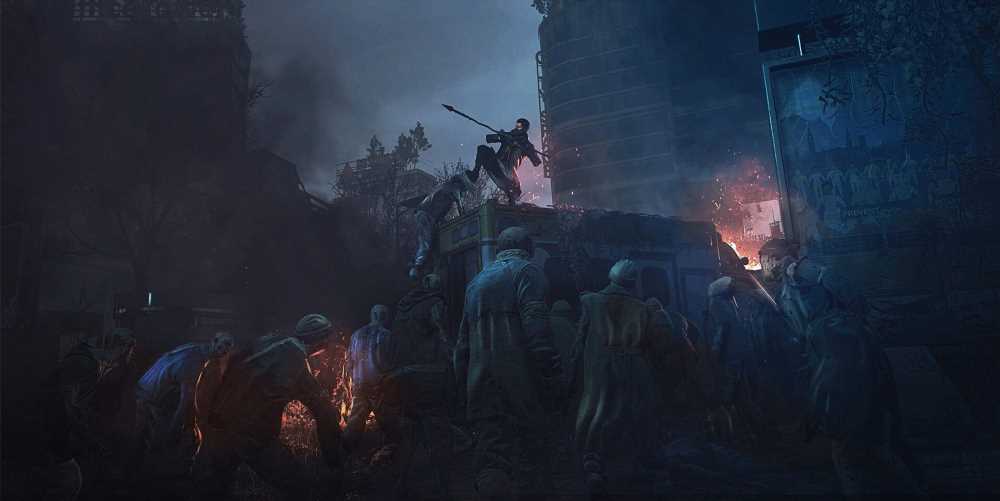 Dying Light 2: Stay Human is finally almost here. After initially being slated for 2020, the long-awaited sequel will be here on February 4, 2022, and as of right now, nothing else is going to delay its launch. Dying Light 2 developer Techland received quite a bit of backlash for an entirely different reason over the weekend, though. For revealing Dying Light 2 will take 500 hours to complete.

The reveal was framed as something positive, and perhaps an explanation as to why Dying Light's sequel has taken so long to make. However, many reacted poorly to the revelation that to do absolutely everything in Dying Light 2, players will need to sit with it for almost three weeks. Or, as Techland put it, almost as long as it would take for you to walk from Warsaw to Madrid.

Fast forward a few days and Techland has seen your concerns and responded to them. A follow-up tweet to the 500 hour bombshell has clarified Dying Light 2's story is much, much shorter. Stay Human's main story will take roughly 20 hours to play through, while the story plus all of the side quests will take you somewhere in the region of 80 hours. Still a long time for that second one, but something that will have those fearful of having to play a game for 500 hours breathing a sigh of relief.

As for those of you still interested in sinking 500 hours into Dying Light 2, Techland also shed a little more light on exactly what you'll be doing for those 20+ days. On top of the story and the side quests, the additional 420 hours will be spent exploring every different choice and alternate ending, listening to every line of dialogue, finding every collectible, and exploring every single corner of the map.

In an ideal world for Techland, everyone will play Dying Light 2 to completion for 500 hours. That won't happen, of course. Only a very small percentage of what will likely be quite a lot of players will invest that much time into the game. Techland's devs are aware of that, assuring players Dying Light 2 has been created with various gameplay styles and preferences in mind. Play it for as long or as little as you want when it launches on February 4.