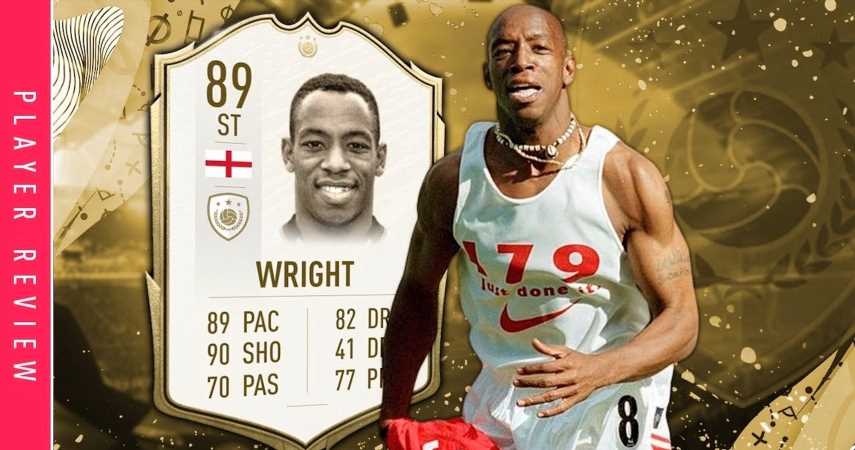 EA has permanently banned a FIFA player who hurled racist insults at football legend Ian Wright after losing a match. Patrick O’Brien, 18, who was playing with the Ian Wright icon card in the Ultimate Team mode, sent Wright over twenty abusive messages on Instagram.

The Irish teen, who was brought up on charges, was spared a conviction after he pled guilty. At sentencing, the judge said he saw no point in imposing a criminal conviction, adding that O’Brien had shown remorse by apologizing and donating 500 Euros to the Irish Network Against Racism.

After the judge’s verdict, Wright, 57, issued a statement saying he was “disappointed” by the decision. EA Sports has banned O’Brien for life and deleted his FIFA accounts. “Ian Wright is part of our EA Sports family,” David Jackson, VP Brand EA Sports FIFA said in a statement issued to Eurogamer.

“We hugely value his partnership and support, and we also want him to know he has our support. Last year, Ian was subject to a terrible, racist verbal attack by a player who lost a match of FIFA 20. This behaviour by the player was unacceptable on every level, and we will not tolerate it.

“Our Positive Play Charter guides our actions in a situation like this, and we’ve taken the action to ban the player permanently from playing or accessing our games. Racism must stop. We are committed to continuing our work in positive play, through actions that will make our communities fun, fair, and safe for everyone,” Jackson added.

Wright praised the response of EA on his Spotify podcast, saying, “After this attack, they changed their whole policy. And you know with a company like that, the different levels, and can you imagine the legality you have to go through to change your policy? Not only for me, it’s for their staff, for players, the talent, the people they partner with. Zero tolerance. Zero tolerance. And action will be taken.”

Wright played for Crystal Palace and Arsenal as a forward. With Arsenal he won the Premier League title, both major domestic cup competitions, and the European Cup Winners Cup. Renowned for his speed, he played 581 league games, scoring 387 goals, and earning 33 caps for the English national team, as well as scoring 9 international goals. As of 2016–17, he is Arsenal’s second-highest scorer of all time and Crystal Palace’s third highest.

EA Sports is currently promoting a No Room for Racism campaign, which seeks to combat racism in football and create greater access to career opportunities for Black, Asian and other minority ethnic groups in football. alongside the Premier League. Richard Masters, the Premier League’s Chief Executive, said, “Racist behaviour of any form is completely unacceptable and nobody should have to deal with it.”