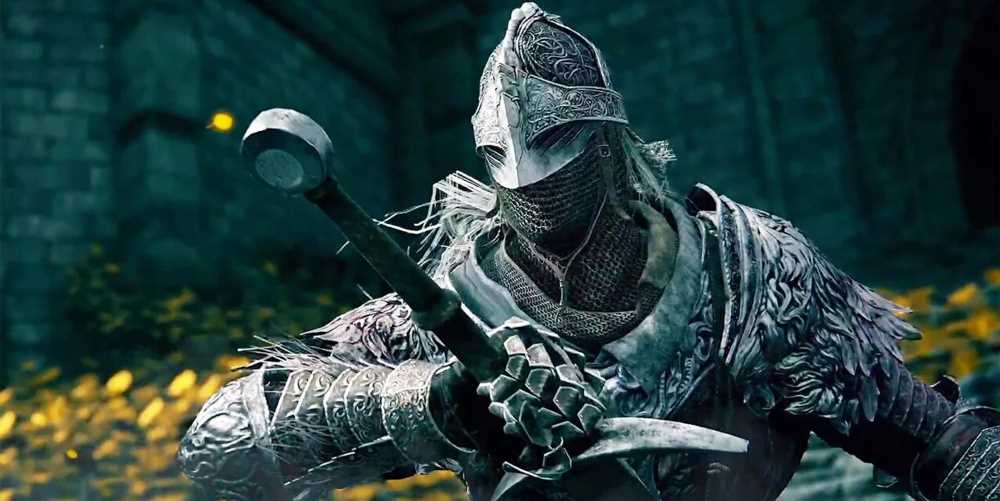 We've reached that point in Elden Ring's life cycle, where players have started pulling off impressive feats. From beating the game with a musical instrument, maxing out the playtime counter, or beating Malenia so many times that Bandai Namco sends you a reward. It seems another deed worth mentioning was completed recently, when Twitch streamer Ainrun beat the game without getting hit or even leveling up his character.

One of the best things about Elden Ring is that if you are stuck in a particular spot, its open world allows you to head in an alternate direction, level up, and come back stronger. However, Ainrun seems to have ignored that, and decided to stay at level one despite having over a million Runes stored up.

As spotted by Kotaku, the streamer had a very simple strategy, involving the Serpent-Hunter great spear and the Flame of the Redmanes Ash of War. His overall build was skewed towards posture damage, staggering enemies and letting loose when they're down. This not only helped eat away at health bars, but also kept Ainrun safe from getting hit.

“I’ve been doing no-hit runs and speed runs of FromSoftware games ever since 2020, starting with Dark Souls 1,” said Ainrun in an email to Kotaku. No-hit runs seem to be his specialty, as he's done such runs for the entire Dark Souls series, Sekiro, and even one involving all four games back-to-back, without getting hit.

What makes Ainrun's no-hit run special is that where other no-hit runs aim to avoid bosses or entire sections via glitches, he opts to play the game as it was intended. “I personally feel like this breaks a sequence that the developers intended you to go through to progress with the game, so I opt to do the fight,” he said. Talking about the game's first boss fight, Grafted Scion, Ainrun said, "I spent a lot of time practicing it, looking for openings to take advantage of. I was also motivated by the fact that a majority of other players choose to skip this boss. In my opinion, a ‘challenge’ run like what I’ve done is supposed to be challenging, [so] using shortcuts doesn’t really make sense.”