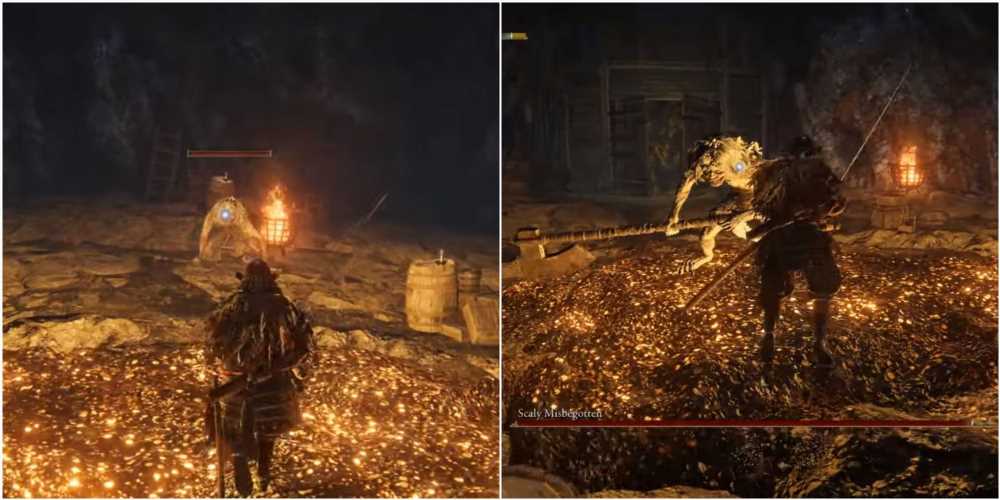 Scaly Misbegotten is a Field boss in Elden Ring that appears in Morne Tunnel. This is the powered-up version of the Misbegotten enemies you find in Morne Tunnel and Castle Morne towards the south of Weeping Peninsula. The boss is quite weak and takes damage from most affinities. The fight will be easy and will allow you to summon companions for help.

The boss has good reach and slow attacks that deal heavy damage. Besting the boss will allow you to get used to the boss's pattern, which will help you later in the game. Here is all you need to know about Scaly Misbegotten. 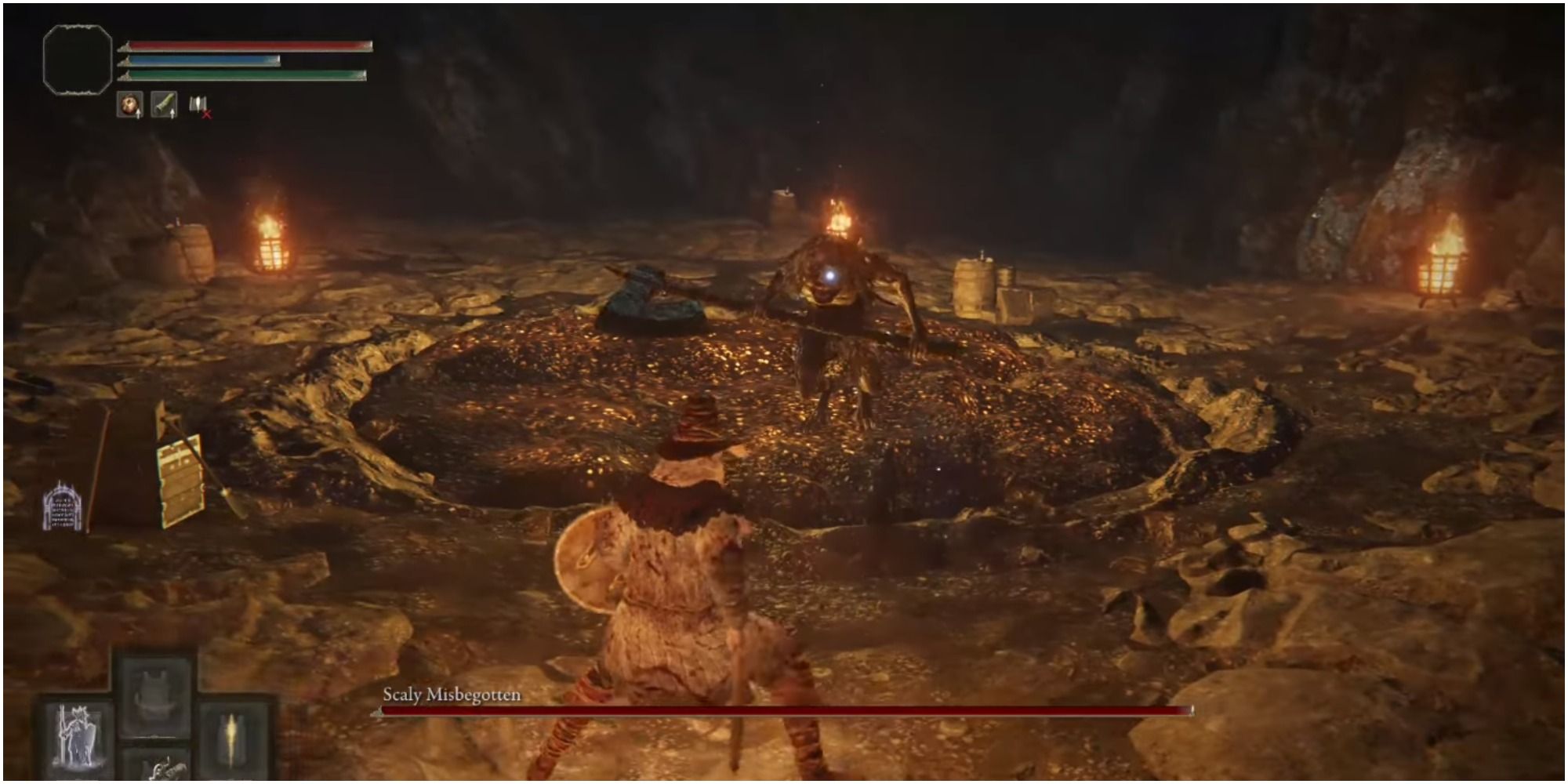 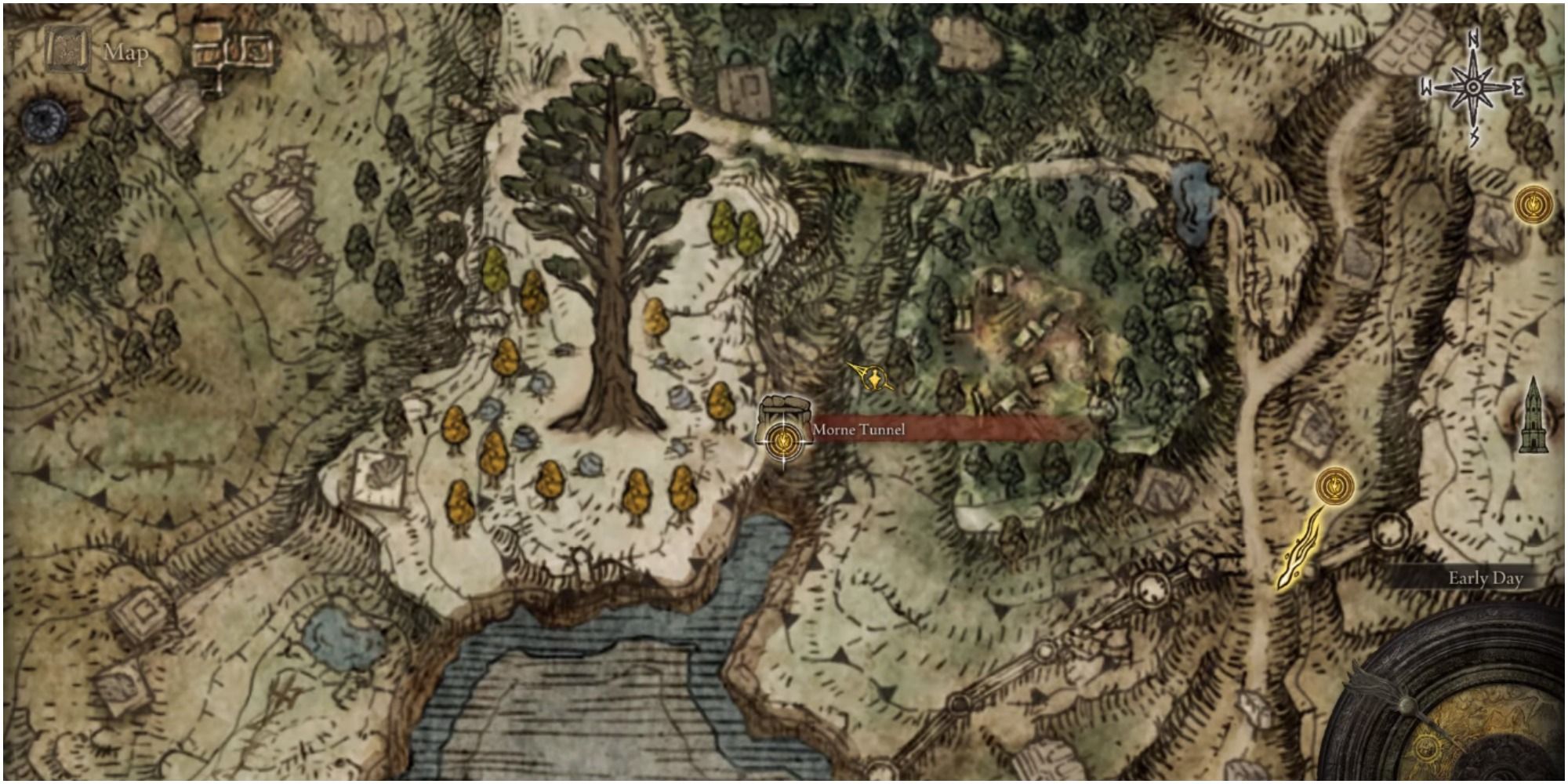 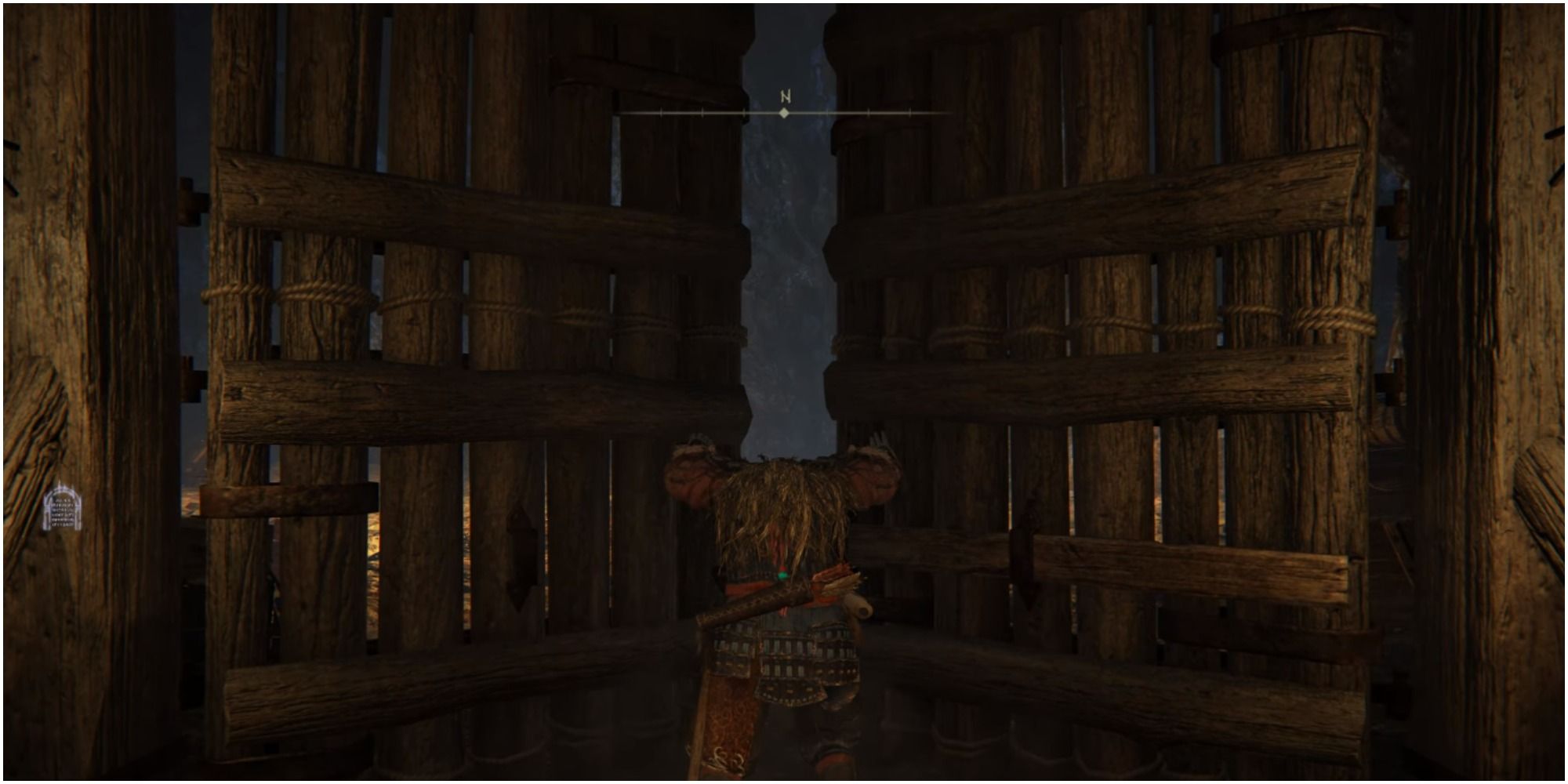 Scaly Misbegotten is located in Morne Tunnel in Weeping Peninsula. The fight is entirely optional, and not facing it will not affect any ending in the game whatsoever. Aside from Spirit Ashes and online players, there will be no summonable NPCs for this fight. Defeating the boss will get you 2,000 Runes and the Rusted Anchor weapon, an excellent heavy weapon at the start of the game. 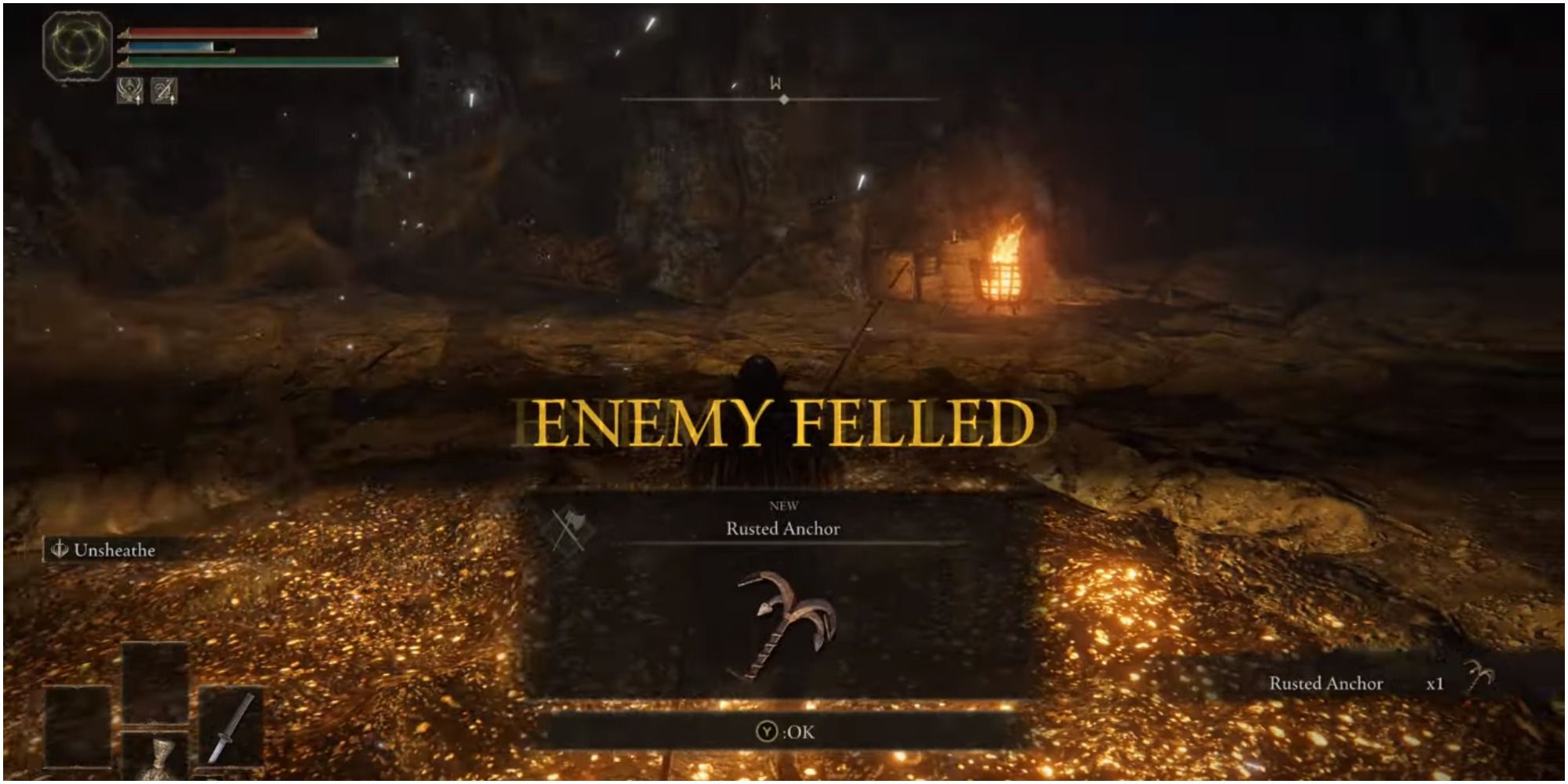 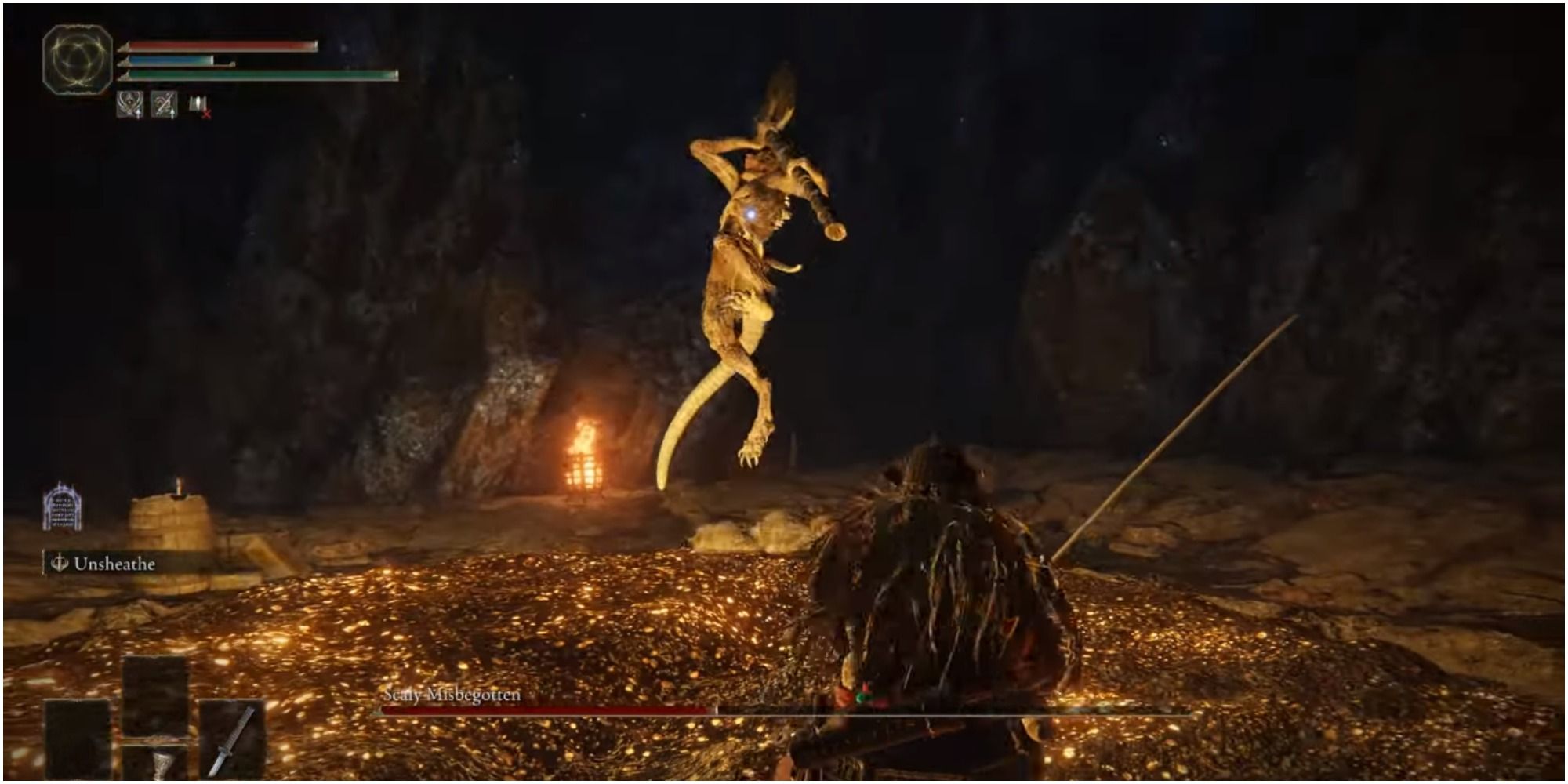 Scaly Misbegotten does not have many attacks, and all of them are slow and easy to dodge.

Scaly Misbegotten slashes the player from one side to another. The boss can do this up to two times.

Counter: The slash has a slow animation giving you enough time to roll towards the attack avoiding it entirely. You can also block it using a shield. 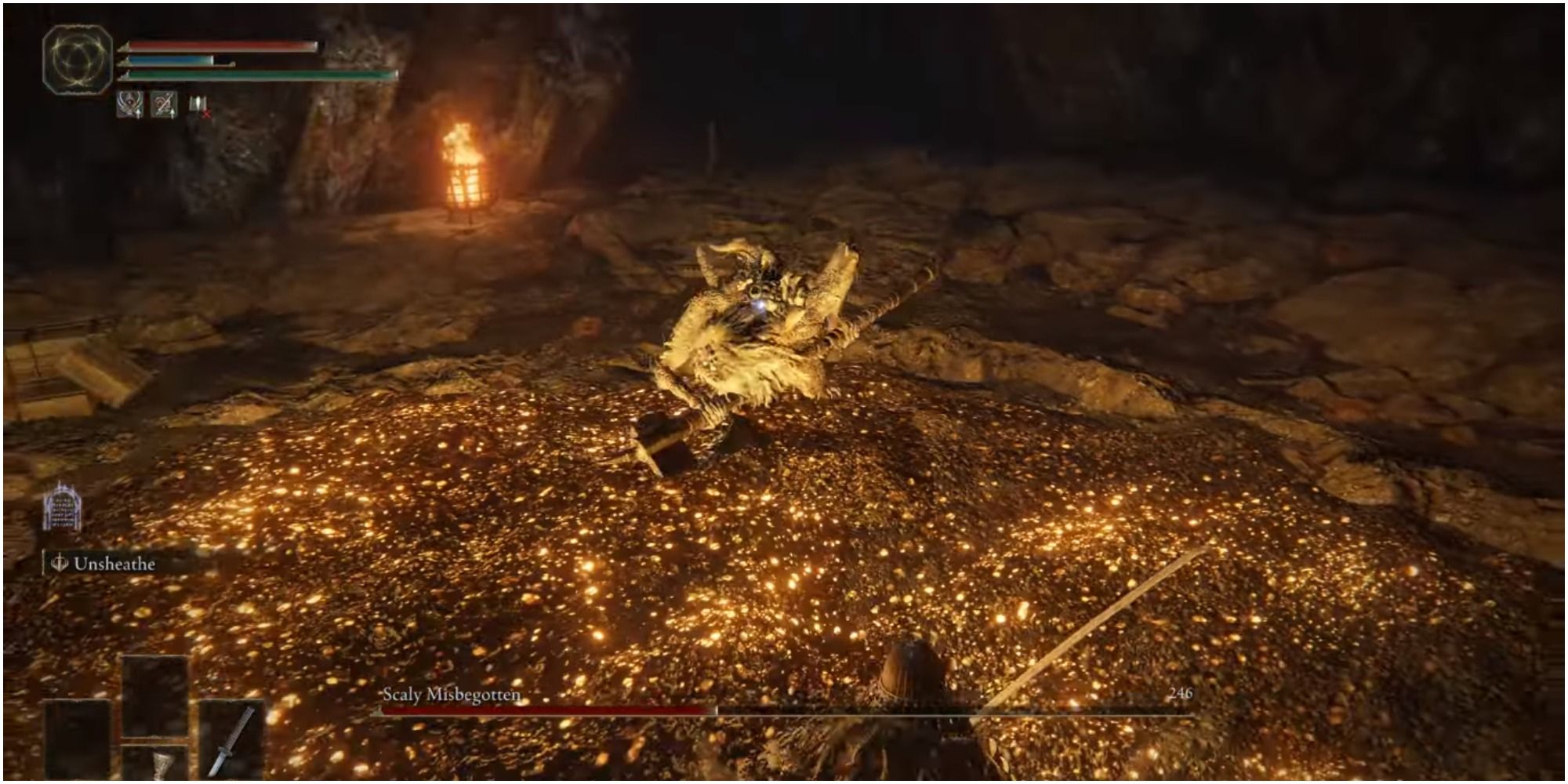 The boss crouches down and starts rolling to do a headbutt.

Counter: Keep your distance as the boss rolls around and dodge to the side when it tries to headbutt.

Scaly Misbegotten jumps up in the air and does an overhead slash.

Counter: Roll to either side as the boss comes down to slash you. 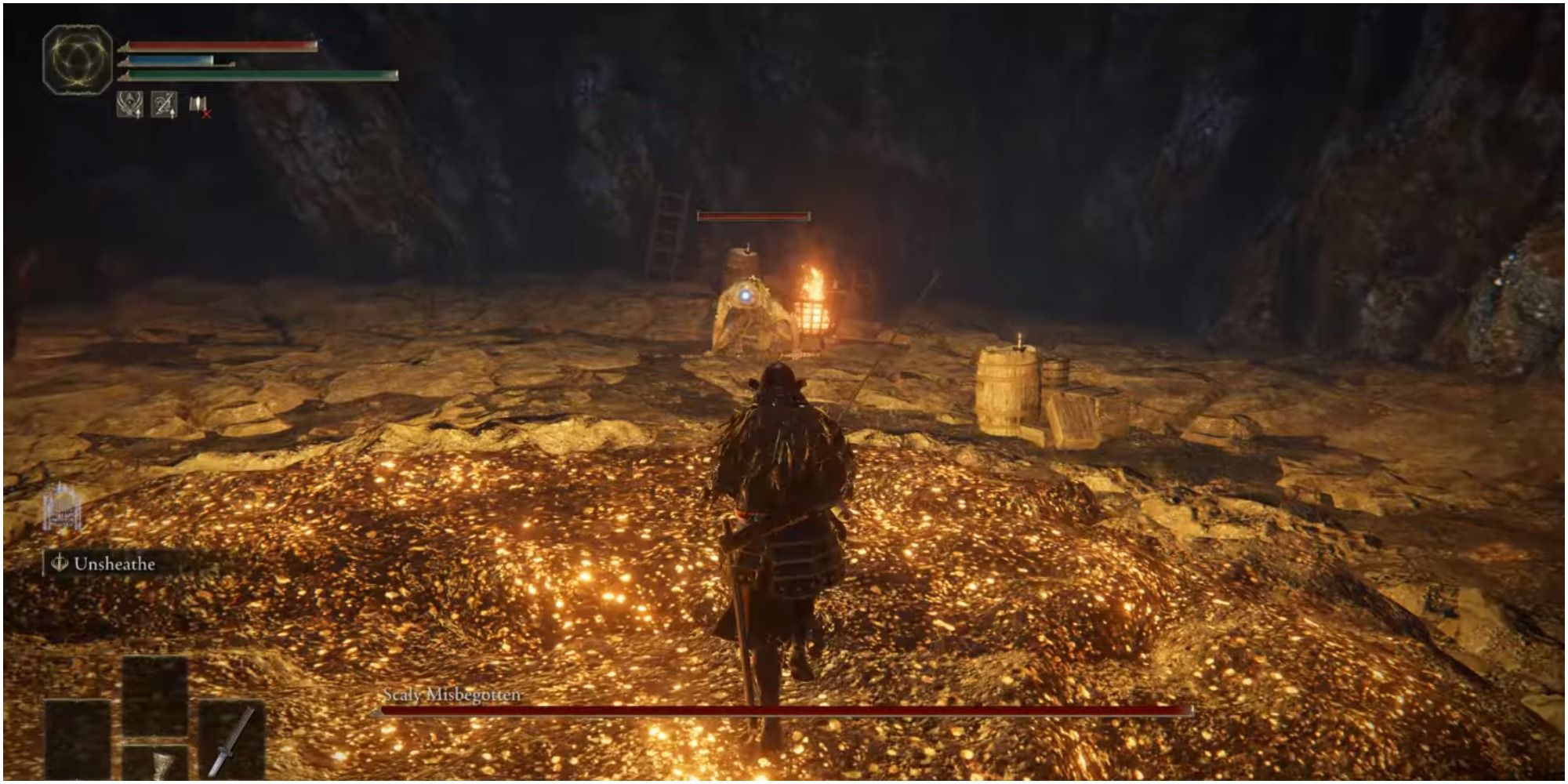 There are two main strategies for this fight: 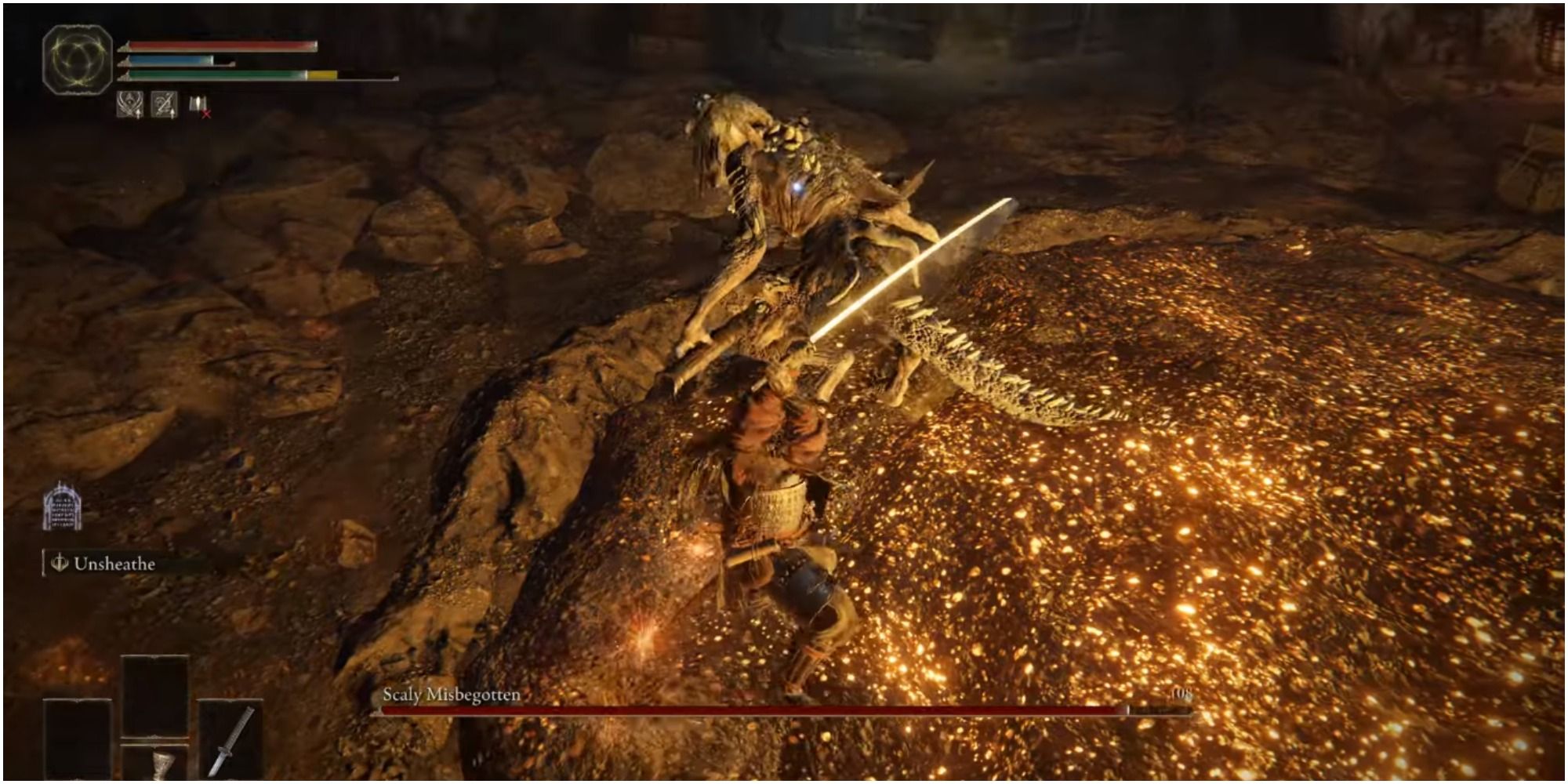 For the ranged strategy, you will want to bait out its heavy slash attacks. As they are slow, you can easily dodge them and counter them with a few hits. If you are using a good shield, then you try blocking most of its attacks so that you can perform Guard Counter. Guard Counter will deal damage to the boss and also target the boss's poise. A few successful Guard Counters will break its poise leading to a critical hit for massive damage.

You can coat your weapon in Fire Grease for this fight as the boss is extremely weak to Fire damage. Fire damage from your weapon will melt the boss's health bar. 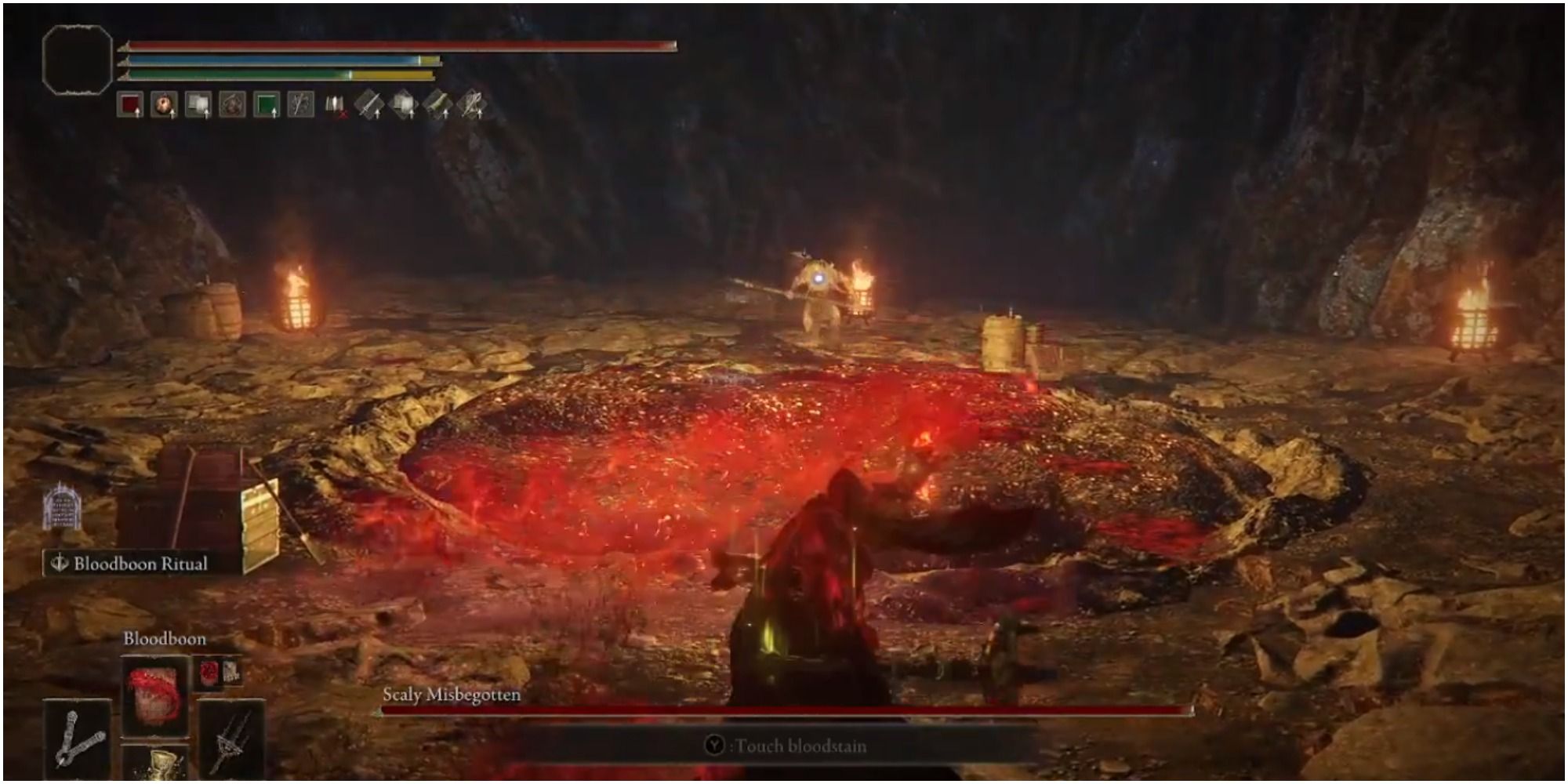 For the ranged strategy, you can summon any Spirit Ashes you currently have. The Lone Wolf Ashes you get at the start is a really good option. The three wolves can bait the boss while you cast spells from range. Faith builds users will be happy to know that any Fire abilities they have are helpful for this fight. Lightning spells are also effective if you encounter this later and have enough spells. For Sorcery users, Swift Glintstone Shard is a fast cast spell that can whittle down the boss's health bar quickly.

As the boss is optional, you can come back to it later in the game if you have trouble. 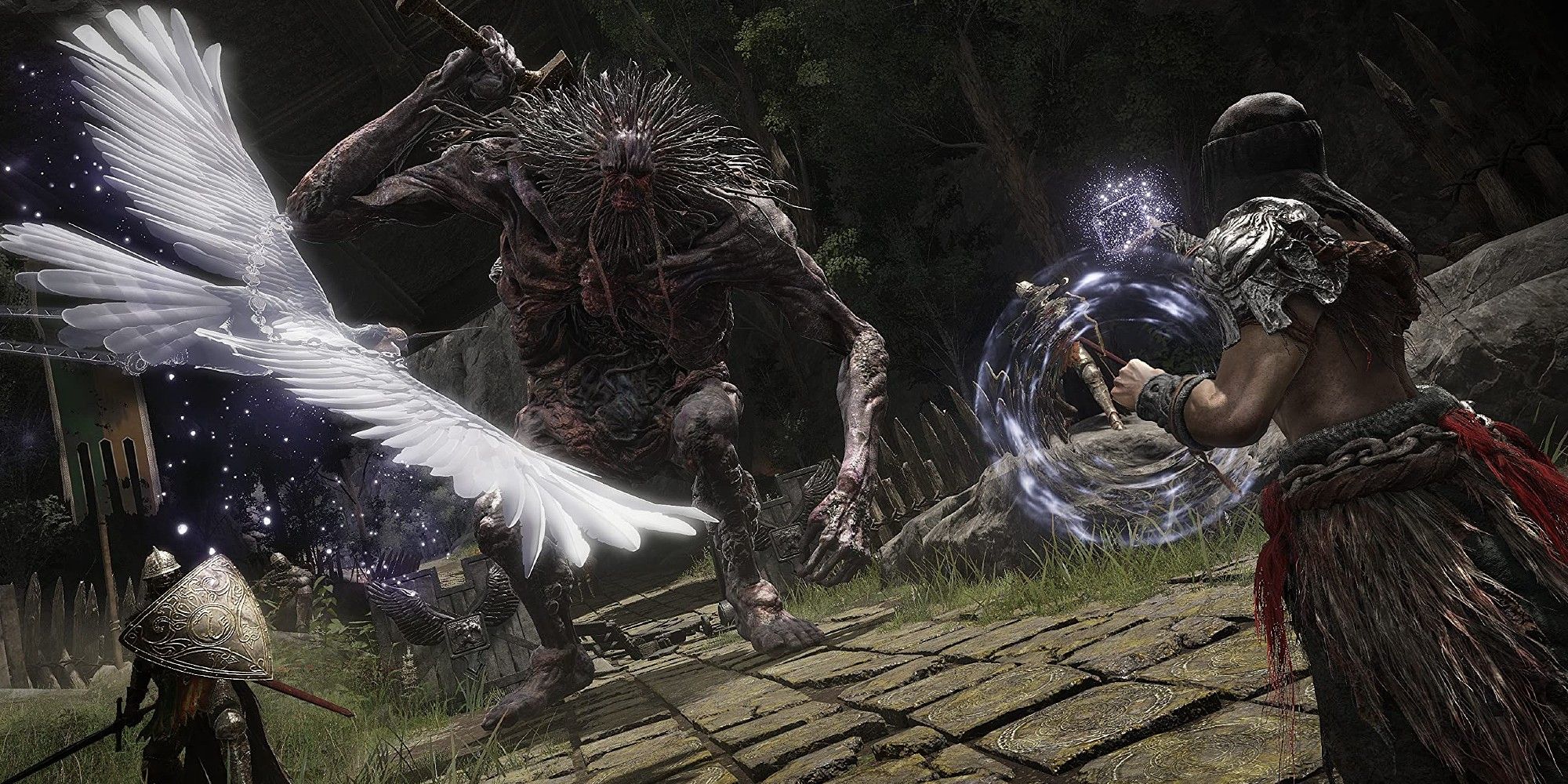