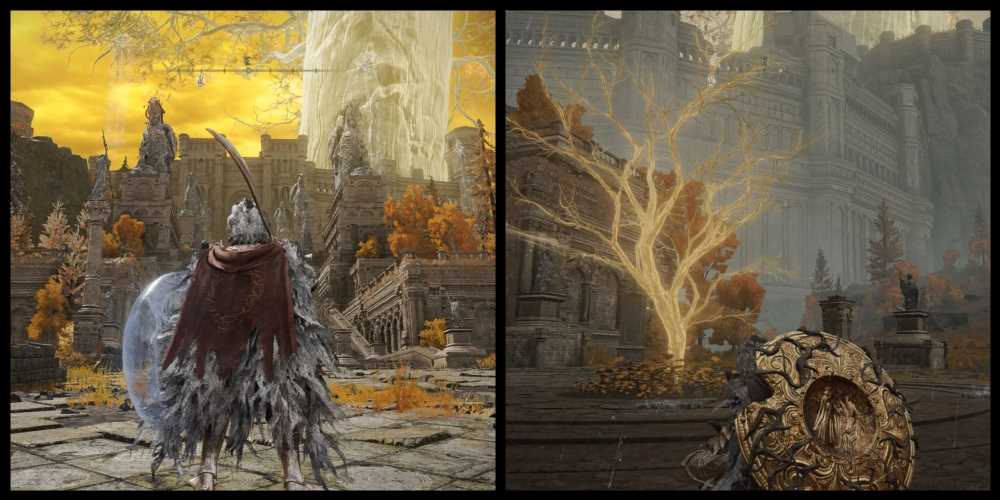 The Tree Sentinel is one of the most iconic mini-bosses of Elden Ring and is many players’ first true confrontation with defeat. Often seen guarding the various gates of the Lands Between, these gold-clad enemies are hard-hitting and can be tricky to defeat. To get through the Western gate into Leyndell, Royal Capital you’ll have to take on two at once.

The idea of fighting two of these towering figures at the same time may be a daunting thought, especially if, like most players, you struggled to beat the first one. Worry not, they are easy enough to lure and pick off one at a time. In return, you’ll get the Erdtree Greatshield, a Hero’s Rune, and 20,000 runes.

These two golden knights can be found atop a large staircase, which is itself guarded by several Leyndell Soldiers and Knights. If you want to avoid attracting the attention of these mobs, it is possible to ride to the left of the stairs, past the Perfumer’s Grotto, and jump up to the top using Torrent. If you do this, be wary of the Lesser Runebear who guards the path. While you’re there, you should grab the Grotto’s site of grace just in case. 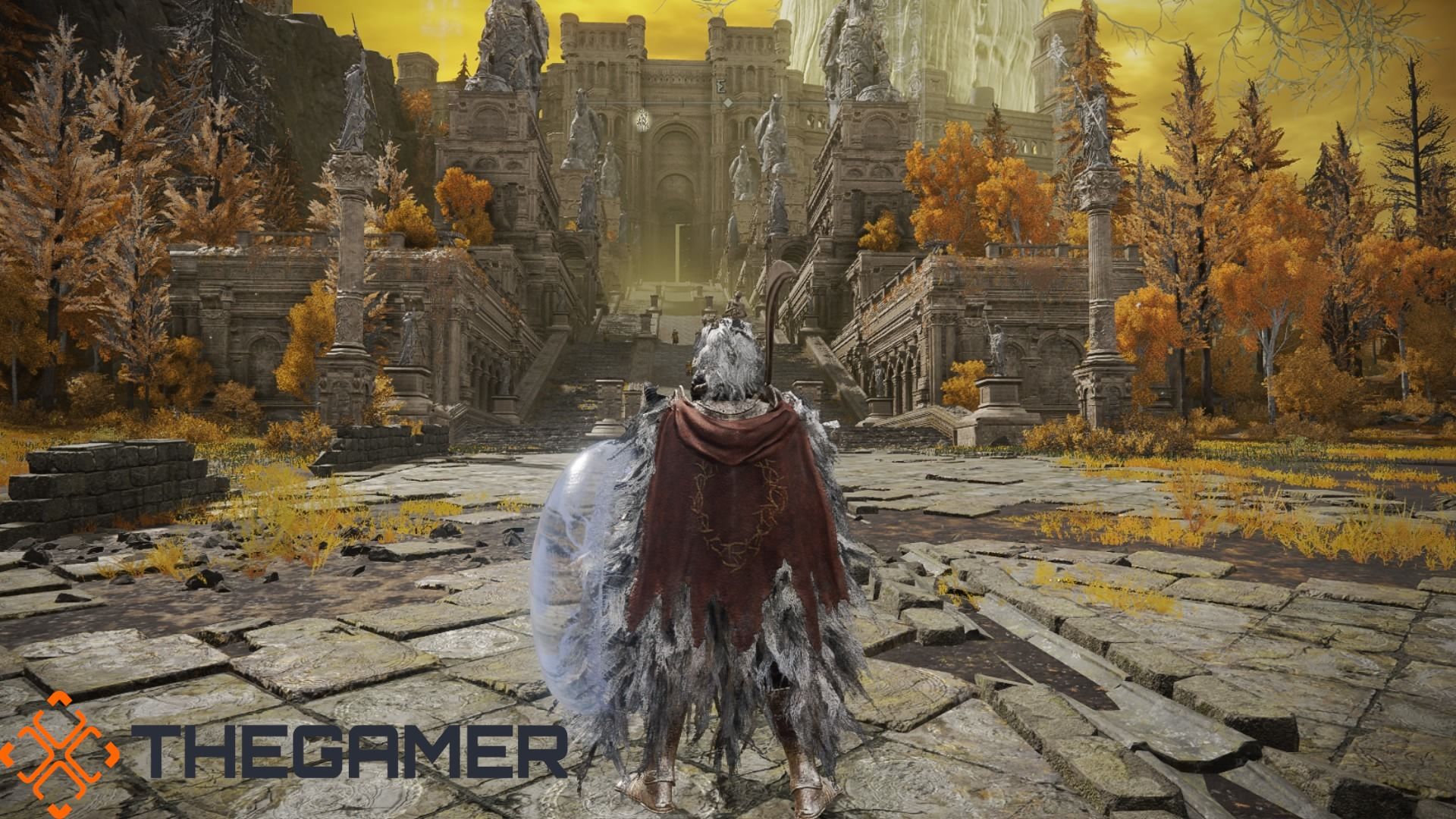 The first thing to note is that you don’t have to defeat the bosses to get into the gates behind, you can just run past them. That is the first thing you should do. Sprint between the bosses and through the large doors behind them. This will aggro them, but just keep going and rest at the site of grace through the doors. This will give you more space to fight the Sentinels and put you in a better position to recover your runes if you die. Grab the two golden seeds there and upgrade your flasks if you can. Make sure you don’t wander up the stairs as this will trigger a Gargoyle fight. 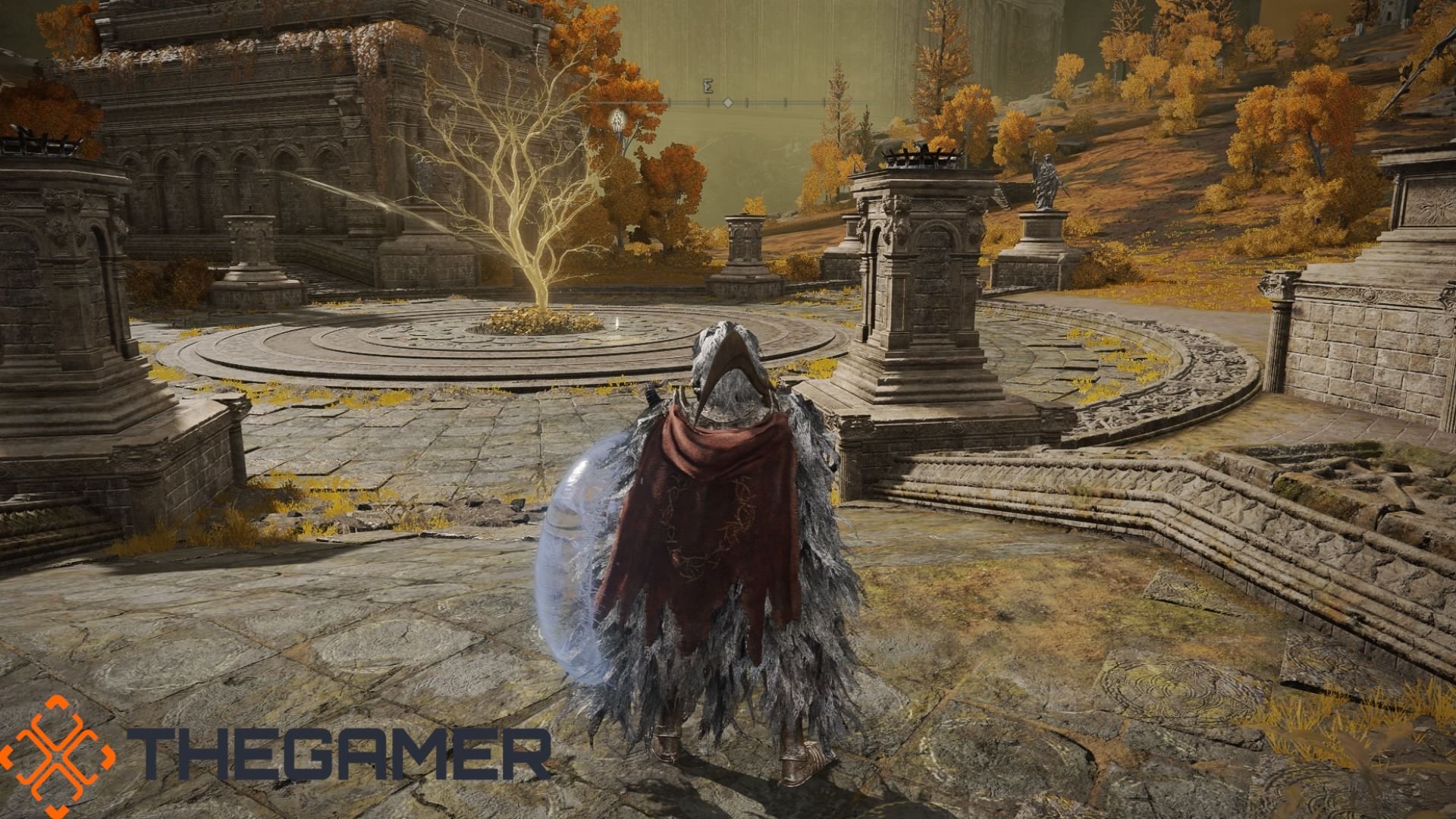 Fight Them One At A Time

Once you’re in the capital, use a ranged attack to bait one of the bosses inside to fight you. The fight itself will be the same as against the Tree Sentinel in Limgrave as all three bosses have essentially the same moveset. In general, try to keep yourself on its right side and away from halberd swings. Don’t linger too long next to the boss after you attack him and run from the leaping attacks that come in phase two. If you’re using magic, do not cast anything when the Sentinel’s shield is raised. Tree Sentinels have no resistance to lightning attacks and low resistance to all melee other than slashing. If your weapons are struggling to make an impact, favour lighting damage and avoid slashing weapons.

Once you’ve taken out the first boss, do not rest at the site of grace. The bosses come as a pair and resting will respawn the one you’ve just defeated. Bear this in mind when fighting the first boss and conserve your flasks, so you’ll have enough for the second fight. Lure the second Sentinel in and fight him exactly like you fought the first.

One of the Sentinels carries a torch instead of a shield and will attack with it in place of the shield bash. This will deal fire damage to you, so bear that in mind when selecting your armour. More importantly, this means that he cannot block and deflect spells, so magic is a viable option against him.

Once you’ve eliminated the second Sentinel, rest at the site of grace before continuing up the stairs to fight the Gargoyle. Enjoy your new greatshield, eat your Hero’s Rune, and spend the 20,000 runes you collected.

If you can’t face the fight and are willing to get cheesy, then you’re in luck. This is an easy cheese to pull off if you have strong enough ranged attacks. Simply use Torrent to get on top of one of the raised platforms in front of the Sentinels on the staircase. Next, stand on one of the back pillars, where you’ll have a good view of both Sentinels. From here you can rain down spells and arrows at each of the Sentinels in turn without fear of being hit. If you’re using magic, watch out for the shield Sentinel’s spell deflection ability and do not cast spells when his shield is raised. 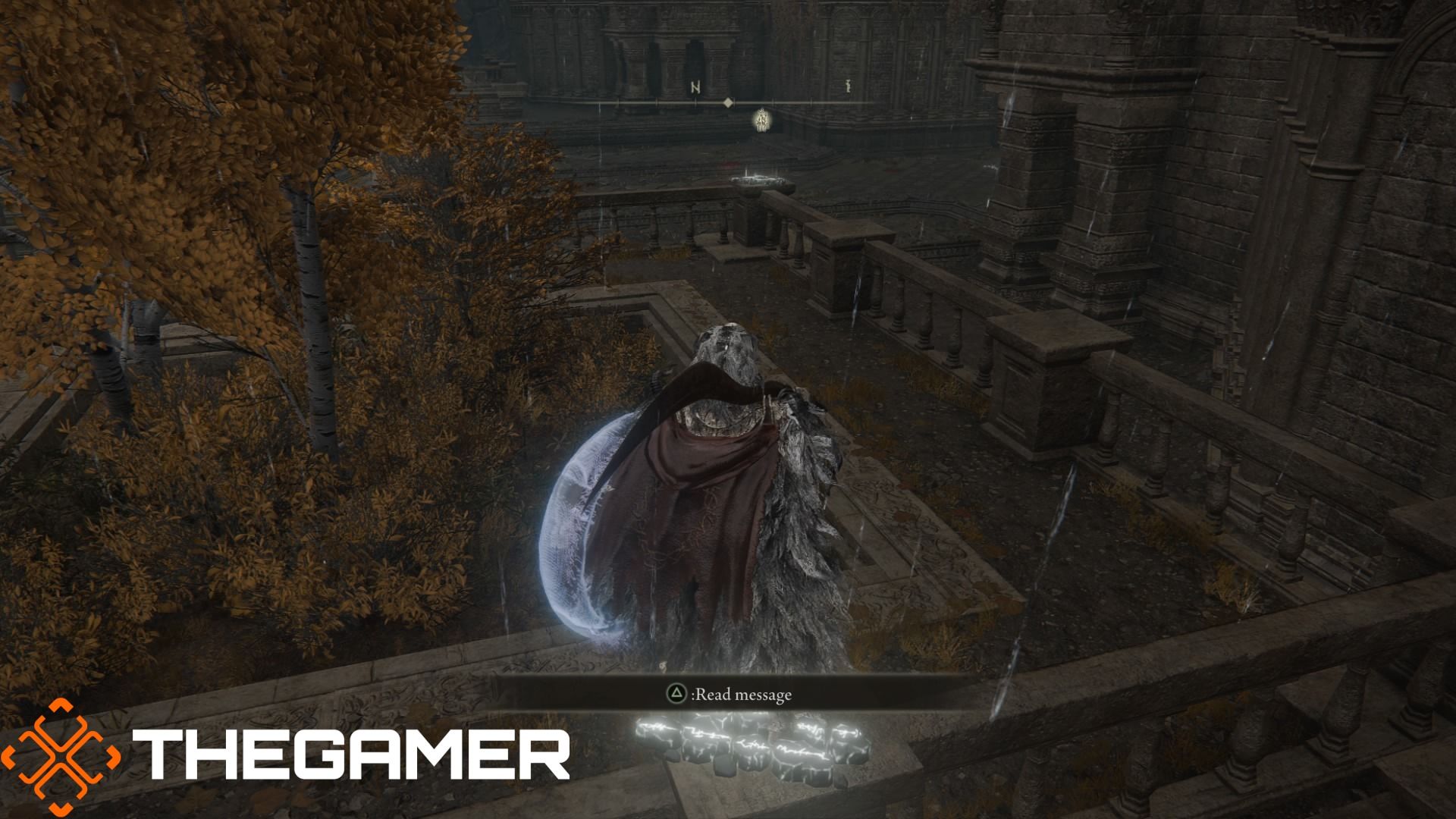 If you’re using a melee build, consider investing in enough Faith and Arcane to use Rotten Breath, which can be bought at the Cathedral of Dragon Communion in Caelid for one dragon heart. With this incantation, you can quite easily infect the Sentinels with scarlet rot and watch as their health slowly drains away.