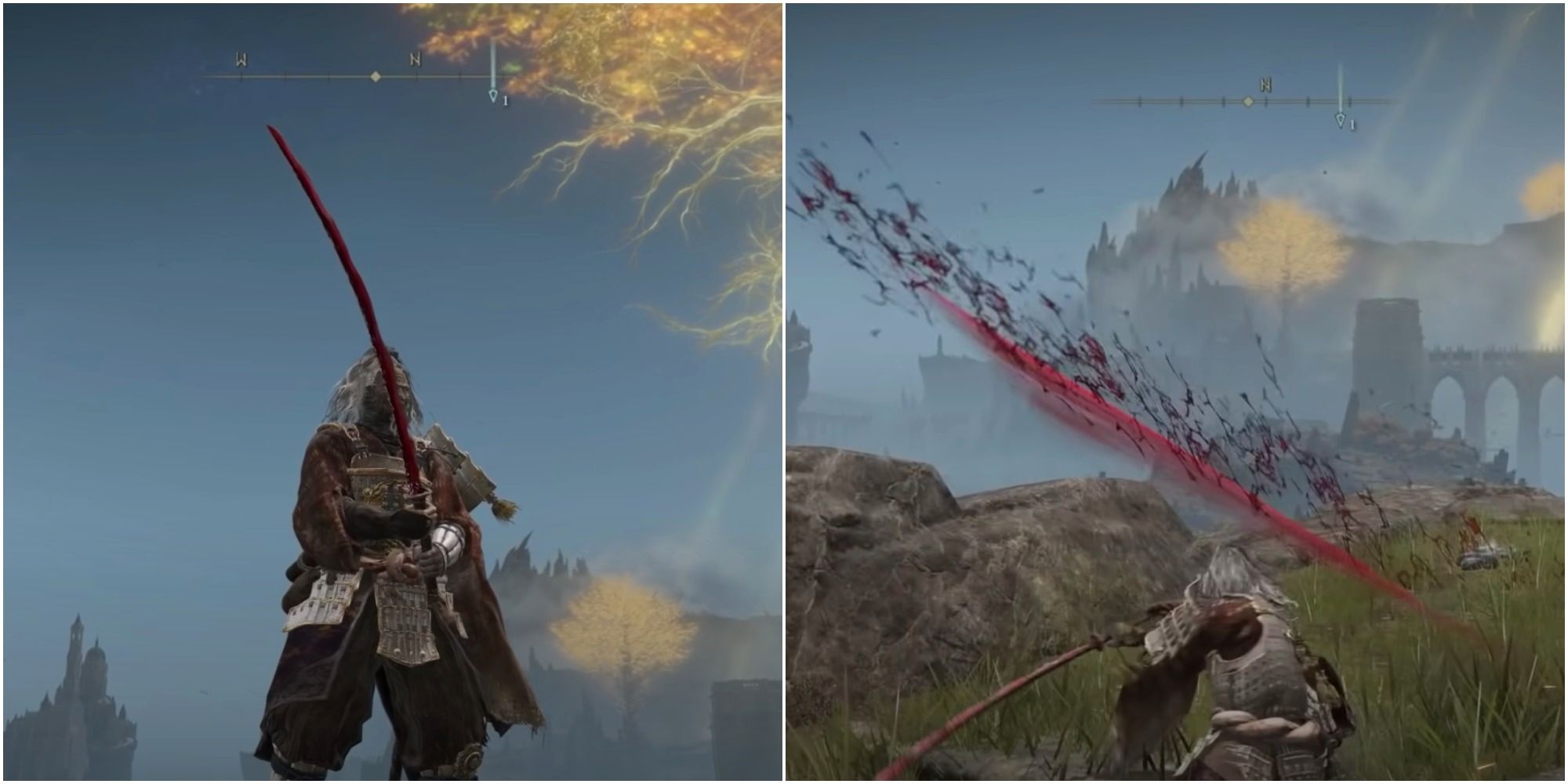 FromSoftware has long been known for its eccentric and eye-popping weapon designs, be that humongous greatswords or skull-crushing hammers. Players have always had the opportunity to experiment with vast equipment. This is no different in Elden Ring, where there are more weapons to play with than ever before.

One of these blades is the Rivers of Blood Katana, an arcane-based sword that is becoming increasingly popular in both the game’s solo and multiplayer modes. While only accessible in the late-game, this crimson sword is perfect for an arcane, dexterity, or bleed-based build.

How To Find The Rivers Of Blood Katana 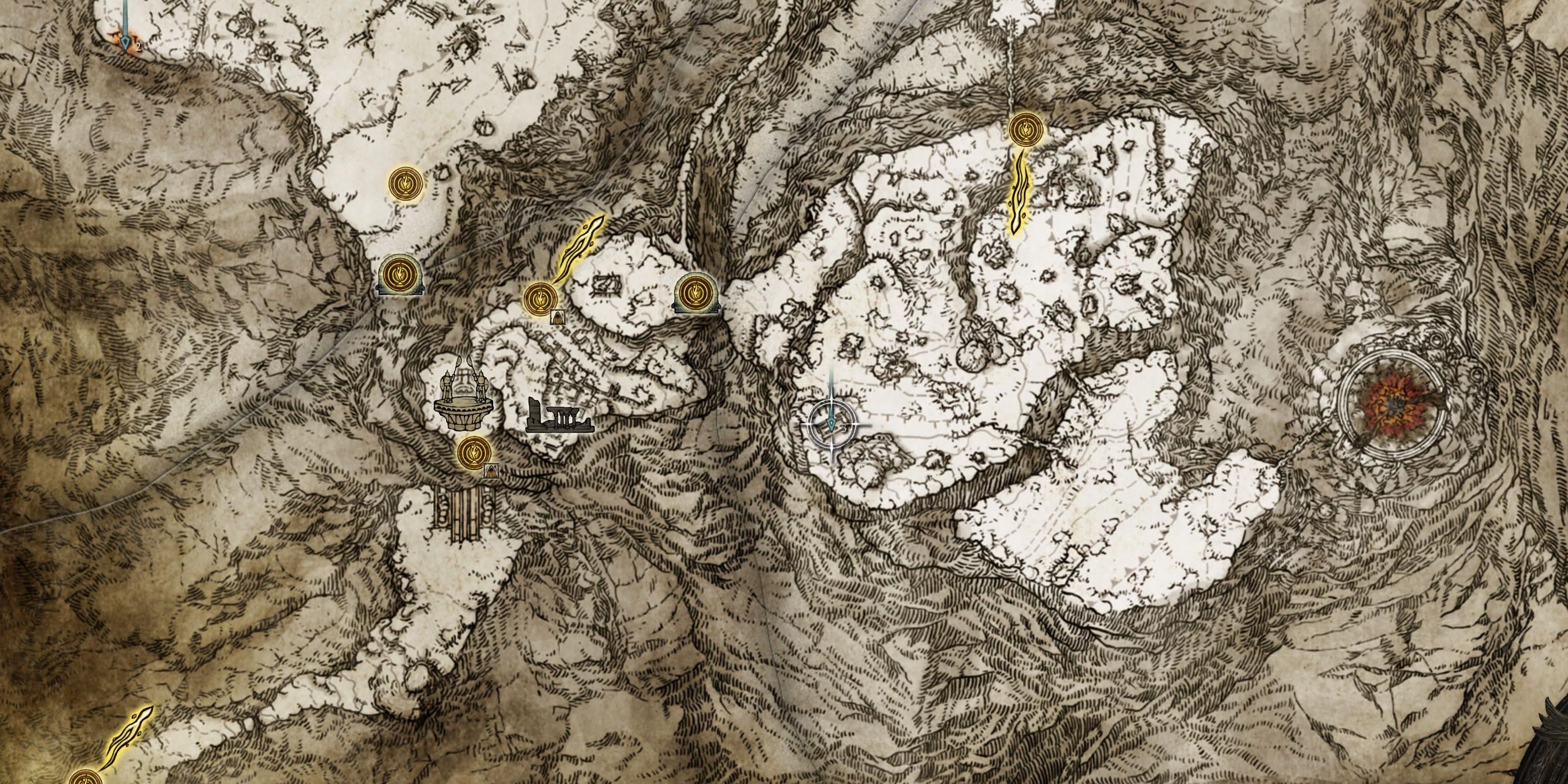 The Rivers of Blood Katana can only be accessed in the Mountaintops of the Giants area of the Lands Between. To find yourself in this area, you will need to have traversed the Leyndell Capital and ascended the Grand Lift of Rold. This location becomes available after you have defeated Morgott, the Omen King, at the foot of the Erd Tree.

Once in the Mountaintops of the Giants, you will need to locate the Church of Repose, at the point of the map pictured above. This church is easily accessible from the Giants' Gravepost Site of Grace. Simply head forward, avoiding the giant enemies along your way, and stick to the right-hand side of the cliff. Travel in this direction until you see the ruins of a church in the distance. Here is where you will find the katana.

An important thing to note for this weapon, you must not yet have beaten The Fire Giant, the main boss of this part of the map. If you have, the item is unobtainable.

As you approach the church you will be notified that a player is about to invade your game. This NPC, named Bloody Finger Okina, is who you must defeat to get your hands on the sword.

Okina can be tricky, given the high amount of bleed damage he can deal. However, if you roll into his attacks, utilizing Elden Ring’s invincibility frames feature, he has a number of openings that provide ample opportunity to deal damage.

As he is an invading tarnished, Okina has one use of his Flask of Crimson Tears, so keep that in mind. Once Okina has been defeated, you will be awarded the Rivers of Blood Katana, as well as his helm.

Using The Rivers Of Blood Katana 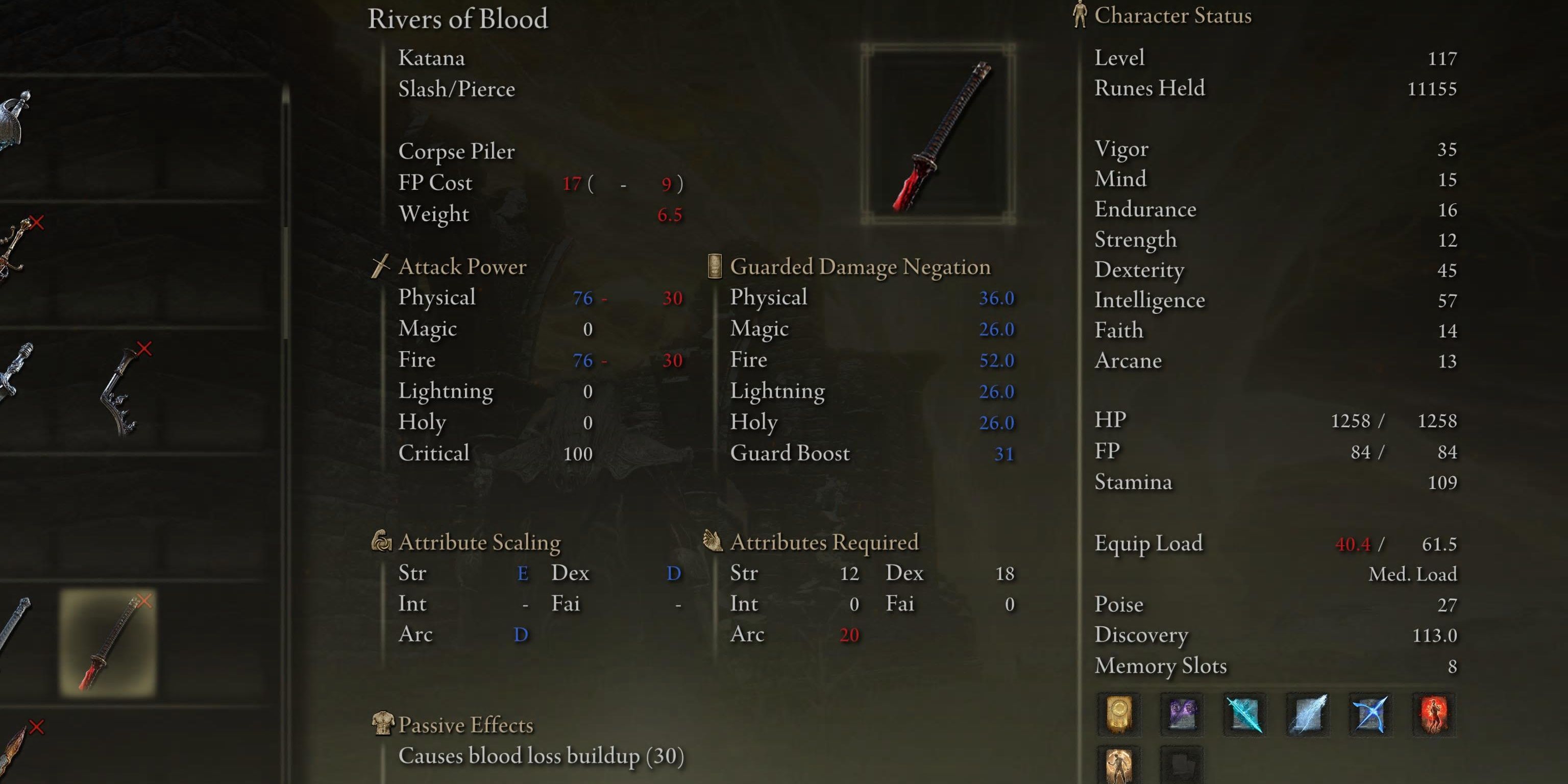 To use this blood-soaked blade you will need 12 strength, 18 dexterity, and 20 arcane. The weapon scales with each of these stats, meaning the more points you put into each one, the more damage the katana will do.

The main benefit of this weapon is its rapid and impressively powerful bleed buildup. The more you hit an enemy, the more its blood loss meter fills up: once full, a massive chunk of its health will vanish. This encourages aggressive play, and bosses often succumb to blood loss surprisingly quickly.

The Rivers Of Blood Katana has a unique weapon art named Corpse Piler. This will see your character let out a flurry of blood-soaked slices that deal huge damage to enemies. To upgrade this impressively powerful sword you will need Somber Smithing Stones, a slightly rarer version of the game’s standard upgrade materials.

The Rivers of Blood is perfect for both PvP and PvE, combining multiple benefits into one of the game’s best weapons.