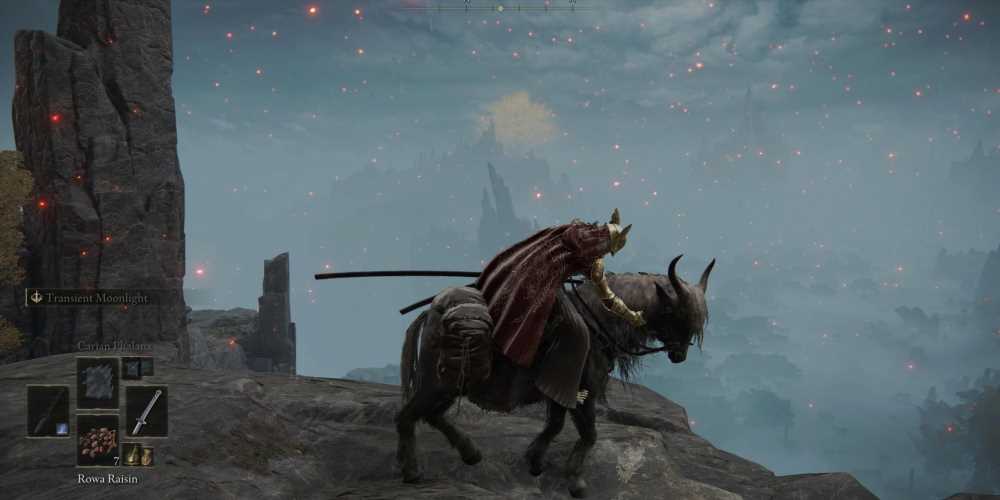 Many made the mistake of calling Elden Ring "easier" compared to its FromSoftware cousins. While it is easier to make progress in the game, it is by no means easier in terms of combat. This is down to a few reasons – the open world allowing you to farm Runes elsewhere when you're stuck, more players getting used to Souls combat thanks to other games adopting the formula, and, to a lesser extent, a horse that can be used to cavalry charge enemies and fall back immediately.

However, it being a FromSoft game, most of Elden Ring's bigger dungeons and underground regions won't allow you to summon Torrent, and will instead pit you against enemies on their own mounts. While enemy mounts on the surface are just different types of horses, down below, the enemies ride massive ants that could tear you apart with their pincers. Fortunately – and unbeknownst to many – there's a way to turn these giant bugs against their masters.

As demonstrated by lexblauvelt on Reddit (thanks, PCGamesN), knocking the rider off – in this case, a Nox Swordstress – could result in the giant ant horrifically killing them. I guess they aren't too keen on piggy-back rides. However, the OP was still confused by how this has never happened before. The comments section speculated that the ants' glowing purple eyes suggest some sort of mind control by the Nox. Knocking the rider off, or putting the ant to sleep breaks the spell, resulting in a very angry giant ant.

Unfortunately, while the Nokron region is filled with interesting things to look at, not much information or lore has been revealed about it. Fans believe that this was one of the regions that was hit the hardest by the content cuts that Elden Ring had to go through.

"Who are the giant skeletons in the chairs? Why is one in Sellia? Wtf happened to the nox such that their corpses are turned to stone, reaching for the sky? What are these deformed dragon kin? Wtf are silver tears? Are they numen? Is marika a silver tear? Are numen bred inside the ants?" – These are just some of the questions that fans still have.