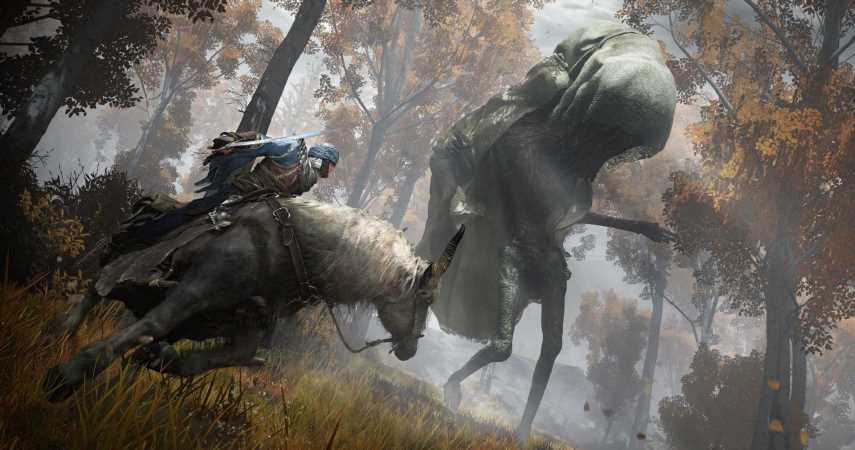 It’s been revealed that Elden Ring will be one of FromSoftware’s less punishing games, emphasizing strategy and freedom of choice over skill.

In an interview with Famitsu (translated by Frontline Japan), Elden Ring director Miyazaki Hidetaka talks a little bit about the difficulty of the game compared to some of FromSoftware’s more brutal titles like Sekiro: Shadows Die Twice and Bloodborne. Miyazaki explains that he believes Elden Ring’s difficulty is closer to Dark Souls 3 thanks to the game’s leveling system and focus on player choice.

In regards to player choice, it’s likely that he’s referring to the game’s open world which will allow the player to take on bosses in whichever order they choose. For example, if you were to hit a brick wall with one boss, you could go and level up somewhere else and then return when you’re more powerful. You can apparently even skip bosses if they prove far too challenging. Miyazaki claims in the interview that he didn’t want the player feeling like a boss is stopping them from progressing in the game.

Miyazaki also talks a little about how the new “Spirits” mechanic will also make the game a little easier, allowing players to strategize rather than rely on skill. Players will be able to summon a variety of different spirits during tough fights that will aid in battle. This includes tanks that can soak up damage or archers to fire from afar. Miyazaki believes that this makes battles more strategic and can help if you’re struggling with a boss.

However, those thinking that Elden Ring is going to be a cakewalk are sorely mistaken. This is a FromSoftware game after all and will likely test even the most skilled of Soulsborne fans. Like with previous FromSoftware titles, there are no traditional difficulty options available to make the game easier and Miyazaki even claims in the interview that the game can best be described as “very difficult, but it can be handled.”

We were given an extended look at Elden Ring during Geoff Keighley’s Summer Game Fest last week, and the game will finally launch on January 21, 2022 for PC, PS4, PS5, Xbox One, and Xbox Series X.