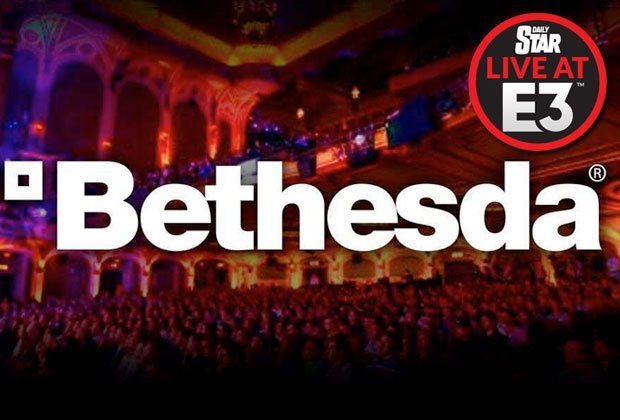 We’ve had a strong start to E3 2019 courtesy of a decent enough EA Play Show on Saturday and Microsoft dropping some seriously cool new games and trailers on Sunday night.

But now it’s time for some heavy metal with the rough and tumble of Bethesda’s yearly conference. It’s never the longest showcase of all the big publishers, but it is always crammed with exciting, catch your breath trailers and reveals.

This year should be no different with news expected for the likes of Elder Scrolls 6, Starfield, Doom Eternal, Fallout 76, Wolfenstein Youngblood and much more.

Fans across the world can tune into the press conference live stream at 2.30am BST, which we’ve embedded above.

For now, read on for everything we know so far about this year’s conference.

Doom Eternal is taking all the headlines for Bethesda right now, as well as overtaking the iconic Figueroa Hotel billboard in downtown LA.

So it stands to reason that the Doom slayer will be the main attraction. Prepare to Rip & Tear with an extended look at the game, maybe some new enemies and possibly some further insight into how that sword weapon will work.

It’s likely there will be some significant reveals and gameplay for Wolfenstein Youngblood. The nazi killing shooter has come a long way since the original New Order reboot from 2014 and the latest entry looks like it’ll continue that theme with a little extra co-op fun.

We also know that Bethesda is working on The Elder Scrolls 6 and Starfield. But Pete Hines just confirmed this evening there’ll be nothing to show on Starfield or TES:6.

That said, maybe we get a rough release date, a title card, just more info in some form from the creators. You’d think they would have something to share one year on from announcing the titles. We’ll have to wait and see.

Rumours are also growing for Evil Within 3. Game director Shinji Mikami has confirmed he will be at the event so could he tease a new entry in the horror series? It seems likely at this stage.

Then there’s Fallout 76. We imagine that with the Wild Appalachia content for the game now concluded we’ll move onto the games next content drop.

Nuclear Winter is planned to release “Summer 2019” so more details for this DLC seems like a given at this stage.

That’s most of the titles that we expect to see, although there’s always room for Quake, Fallout Shelter, Elder Scrolls Online, Elder Scrolls Blades and more.

Knowing Bethesda, though, there’s at least one massive surprise, so prepare for a few more game reveals on the night.

• Microsoft Xbox – Catch up with every trailer and announcement you missed here.