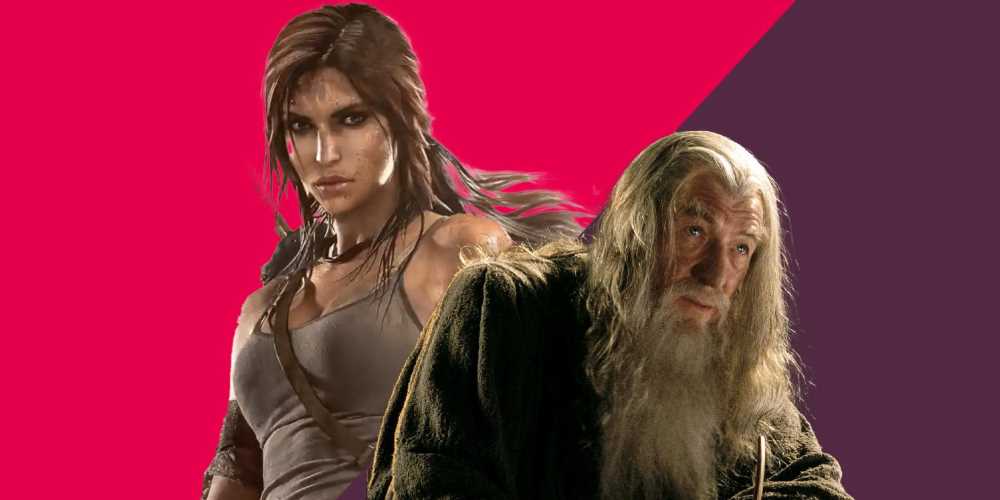 Embracer Group has been a hungry little goblin recently, gobblin' up IP like there's no tomorrow. The investment group first made waves when it slurped up the likes of THQ, Saber Interactive, and Gearbox Software, although the recent acquisition of Tomb Raider, Deus Ex, Thief, and several other properties from Square Enix was what made a lot of people pay attention. Now, in one fell swoop, it gobbled up Limited Run Games, Tripwire Interactive, Singtrix, Tuxedo Games, Bitwave Games, Gioteck, and the IP for The Lord of the Rings (although not the literary rights themselves). This is a heck of a lot of things. It's too many things. As I argued when Microsoft bought Activision so soon after buying Bethesda, this is bad news.

I will say I'm not so sure about the hand wringing over The Lord of the Rings. True, I don't have the love and affection for Tolkien's works that some staff here do, but in the last two decades we have had six blockbuster movies, an upcoming series on capitalist oligarch Jeff Bezos’ streaming platform, and countless amount of board games, card games, t-shirts, action figures, posters, Christmas tat, underwear, and anything else you can slap Lord of the Rings on. It is not as if the current rights beholders have vigorously protected it from anything that might diminish the magic and wonder of the books. Gandalf has long been touted for MultiVersus, and seems only to have been pulled from the queue in the wake of this deal. It matters that Embracer Group is buying up everything. It does not matter that they happen to own the already heavily licensed trimmings to a book you enjoyed at school.

However, if that's what it takes people to notice that this is bad, then so be it. We constantly see fans begging Sony or Xbox to buy Square Enix, or Ubisoft, or Rockstar. This desire is almost entirely motivated by wanting your 'team' to win and being able to stick one in the eye of the other 'team'. Unless you are a shareholder who actively profits off the success of a console, it's a little bit pathetic to make it such a large slice of your identity. Monopolisation of the video game space is bad, and leads to less innovation, more closure of individual studios as they're sucked into support work for the highest earners, the destruction of the double-A scene, and greater stagnation. It might take Embracer, who does not come with the misguided emotional investment of Sony or Microsoft, to make us realise this.

There is no material difference between Sony owning The Lord of the Rings and Embracer owning it, aside from the fact that if it were in Sony's mitts it might become a PS exclusive and you could act like you're on the winning team. We have seen Vicarious Visions be rewarded with its great work reviving both Tony Hawk's and Crash Bandicoot with eradication, being repurposed into making maps for Blizzard. Just this morning, following the acquisitions, Embracer revealed it had taken Knights of the Old Republic off Aspyr and given it to Saber, a plan that will cause "no delays". And I mean, a) it will, and b) it proves how little ownership studios have over their own creation when they're in conglomerates. Granted, this was a remake rather than an original idea, but it still encapsulates the wider issues with creative monopolies. As long as someone owns you, nothing of yours truly belongs to you.

If you are upset about Embracer Groups but excited for your favourite studio to be bought by your favourite console, you've been had. You're a mark. You believe Sony truly loves you. You are wrong. I can just about buy that Embracer's relative inexperience in the medium could mean the final product has a few dings, but let's be honest, that's nobody's concern. We should all be worried about a future where only a handful of companies own every game in town. It's bigger than what it might mean for the next line of The Lord of Rings underwear.