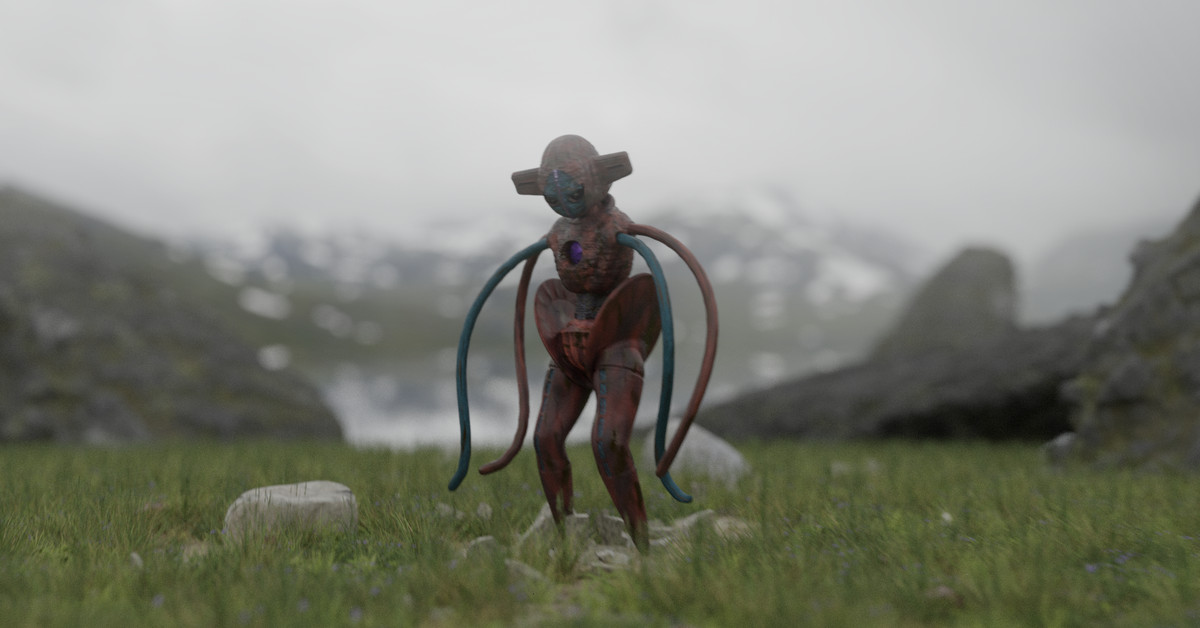 Pokémon Legends: Arceus made catching Pokémon more immersive, with an open world designed for sneaking and throwing Poké Balls. Players could now watch Mr. Mime make little gestures while sitting in a meadow or see a bashful Teddiursa skittering away. But a lot of wild Pokémon would also attack on sight, making the game a lot more intimidating for players that weren’t used to being approached and knocked out cold. In Arceus, encountering massive Alphas became a singularly terrifying experience.

As someone newer to the franchise, I found it satisfyingly fun. I didn’t know a world where the games were more comfort than combat — the sneaking and genuine danger made the world more engaging. But my perception changed after my TikTok feed led me to a series of impressive and incredibly unsettling animations that make Pokémon look as if they exist in real life. The animated sequences, created by visual effects artist Seth Whittenburg, have gone viral, with individual posts commanding millions of views. Watch them and you can easily understand why. Like other lifelike art of Pokémon, Whittenburg’s animations are mesmerizing and often terrifying

Some of Whittenburg’s animations depict Pokémon as if players are catching them in the wild. Others stick Pokémon in modern-day spaces — a Mew floating near a person sitting on a couch, like a regular apartment cat. There are chill sequences, like an assembly line creating Poké Balls. But the animations depicting random encounters with wild Pokémon — like Gengar wreaking havoc in a grocery store or a large Snorlax snoozing under a tree — are almost always discomfiting. A lot of Whittenburg’s animation techniques draw heavily from horror elements, playing with shading, texture, and camera perspective. The tiny Poké Ball in someone’s human hands looks flimsy by comparison.

Whittenburg told Polygon that he grew up watching Pokémon on Cartoon Network and felt inspired to start making these 3D animations after the live-action Detective Pikachu movie came out. He’s self-taught and has been creating visual effects for three years, though he only started using 3D software Blender, which has become his favorite, a year ago. Creating these animated sequences is work intensive, and he says he’s been spending “10-14 hour days” at his computer for the past half-year.

“My computer isn’t the best, so as a result I have to deal with a slow workflow if I’m dealing with a heavy-processing project,” Whittenburg told Polygon via Instagram message. “Due to that, an animation that would only take 2-3 days ends up taking 5-7 days occasionally. The character-building process typically takes 2-5 hours, depending on what kind of character I’m dealing with. Some are trickier than others.”

Whittenburg also counts other TikTokers and YouTubers as his inspiration, including popular horror VFX accounts lights.are.off and Jakefellman, but he mainly credits his love for Pokémon as a jumping-off point for his own work.

“Pokémon has given me lots of happy childhood memories, and even continues to today,” Whittenburg said. “Occasionally I dig through drawers for my Nintendo DSI to go back and play through the old Pokémon games.”