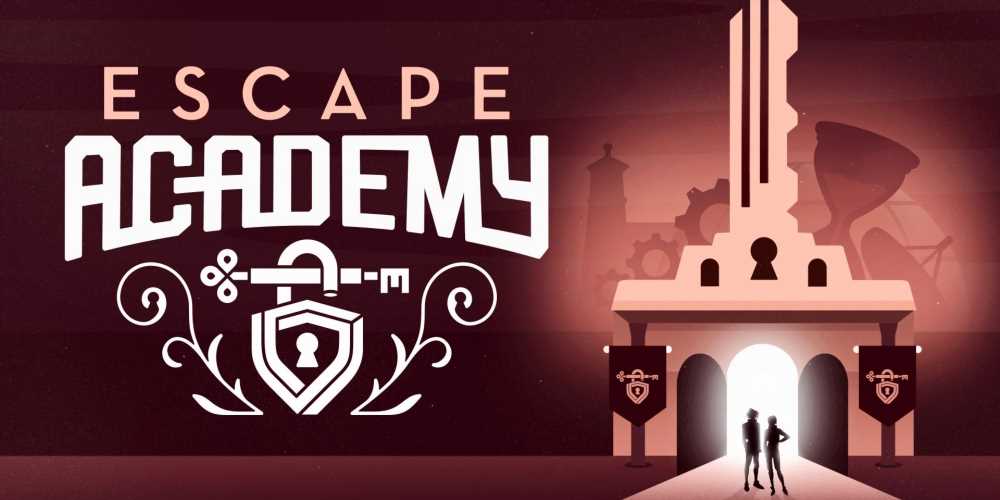 With Escape Academy, developer Coin Crew Games has a simple goal: to replicate the gameplay that escape room fans seek out in cramped strip mall quarters in the comfort of their own home. After all, being in close proximity to other people was something we’ve all had to avoid recently. In fact, the Covid-era loss of the escape room experience was a big part of what inspired the developers at Coin Crew — until now known for their work on arcade games like Hot Wheels: King of the Road — to start developing their first at-home release which will be co-published by Skybound Games and via iam8bit's new label, iam8bit Presents.

"We made this game because we were locked down and we wanted to play escape rooms," Wyatt Bushnell, co-founder of Coin Crew, tells me.

The team was specifically interested in the gameplay rhythms of the escape room genre — mechanics they didn't see replicated often in video games. They didn’t just want to make a puzzle game, they wanted to specifically make an "escape room game." In the process, they made a first-person game that isn't overly detailed but impresses with bright colors, comic book-style lines, and moody lighting that is equally convincing at evoking a headmaster's secret den warmly revealed by firelight as it is a hidden control room lit by power buttons and exposed violet light bulbs. 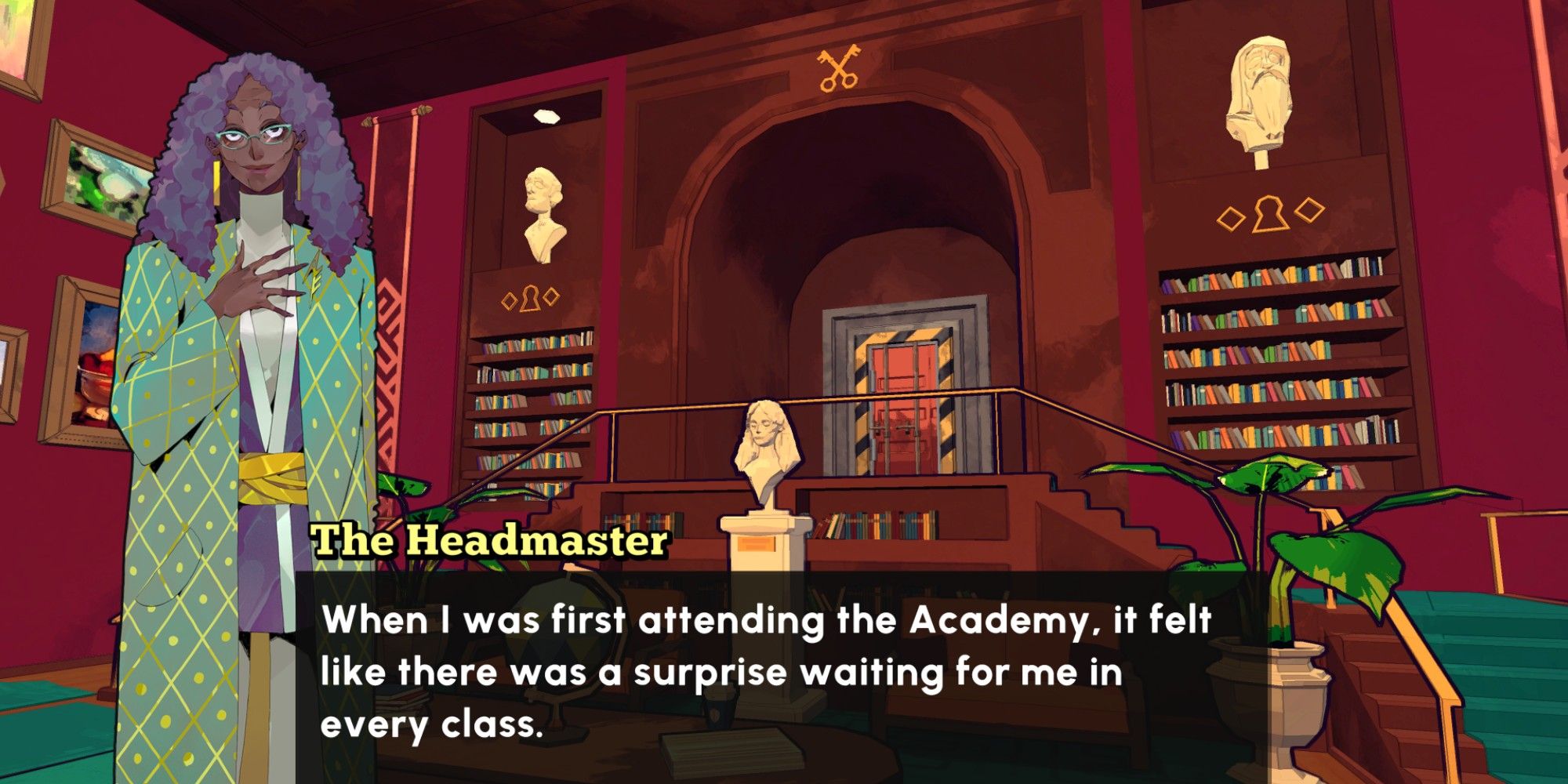 Coin Crew brought over the constantly ticking clock, too, that you — and a teammate if you opt for local multiplayer — must race against. There's an inventory system and, to facilitate teamwork, you can pass items around to a teammate by approaching them. There are the familiar objects that escape room obsessives will recognize; padlocks in need of keys, combination locks in need of three-digit codes. Most importantly, the straightforward objective of the real-world game has been retained — you just need to escape the room before time runs out.

There are also less familiar elements, like a passageway hidden behind a bookshelf or a door that only opens if you dance along the right light-up tiles on a flashing dance floor. Escape Academy recreates the rhythm of the escape room experience, but it does so without the constraints imposed by budget and space. Though it is clearly an indie production, Coin Crew can achieve things in the virtual space with modest resources that would be unthinkable for most scrappy upstarts designing a real-world escape room. 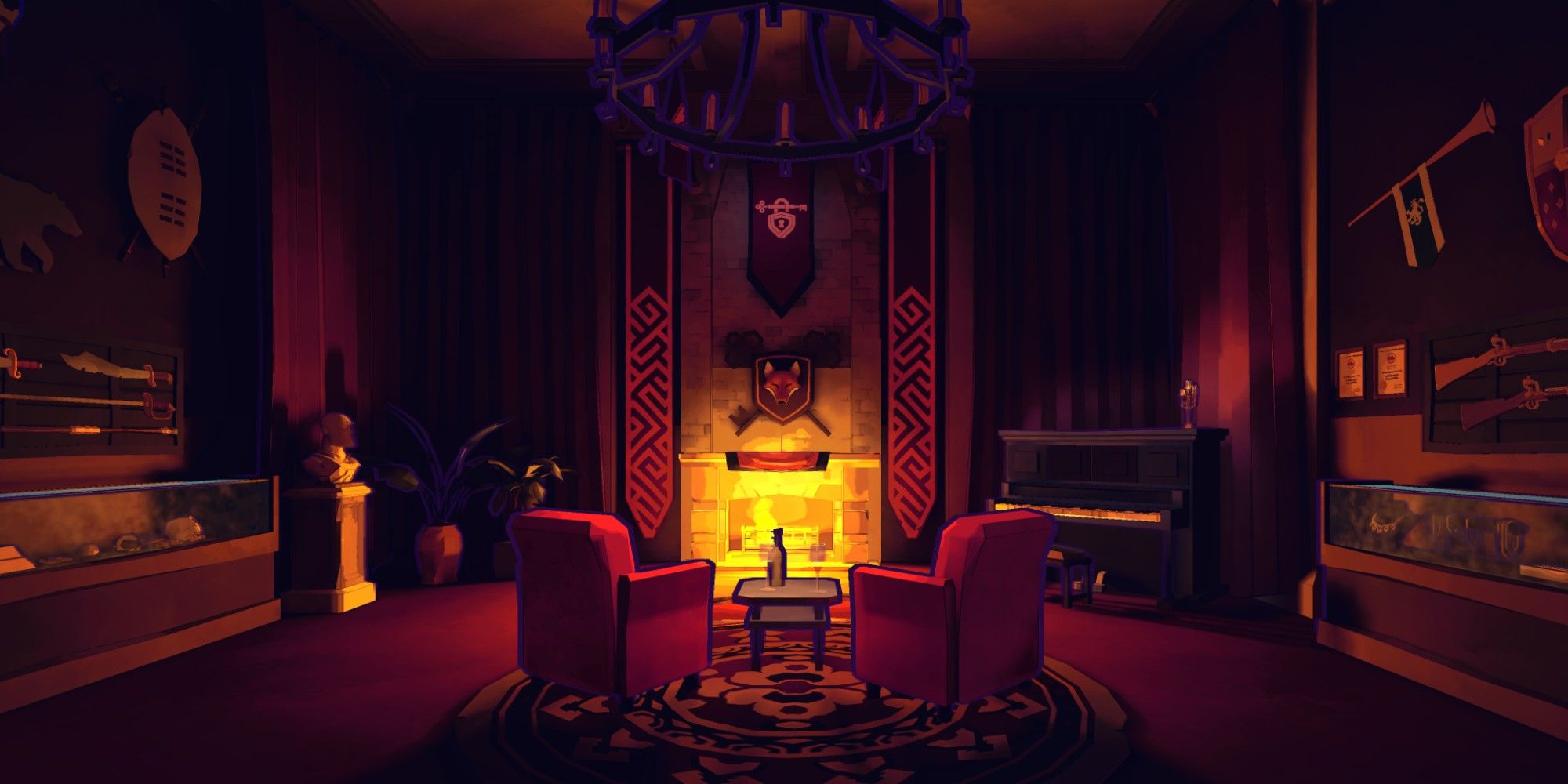 Take, for example, a level I watched the developers play through over a Discord video call, in which the player character has to quickly work their way up a series of stacked rooms as they fill with water.

"This is one of those concepts that we could never do in real life," Coin Crew co-founder Mike Mohammed Salyh says. "In the world of video games, where we can endanger the player greatly, [we can do it]."

In another room, I hunted down pieces of metal tubing to connect a power source to a bank of computers. While I did that, my teammate solved a sudoku on the outside of a vending machine to access a donut displayed within. Then, we stuck the donut on an empty pizza box to lure a rat out of its hole. With the rat in hand, we had the energy source necessary to spin a hamster wheel, providing power to the computers and allowing us to progress. In the real world, building inspectors might take issue with allowing paying customers to double as electricians and your rat roommate might not be hungry. But, in the world of a video game, these wrinkles can be smoothed out.

The team said that the move from the real world to the digital world allowed them to go deeper. Instead of the 45 minutes a group might set aside for a brick-and-mortar escape room on a Friday night, Escape Academy can dole out its lessons over an eight-hour campaign. The story is structured around the idea that the skills necessary to complete an escape room are disciplines that players must study. The game opens with a tutorial level set in a dingy strip mall escape room facility where there are beat-up couches in the break room and t-shirts hanging in the gift shop. The player — in a bit of meta fun — must escape. 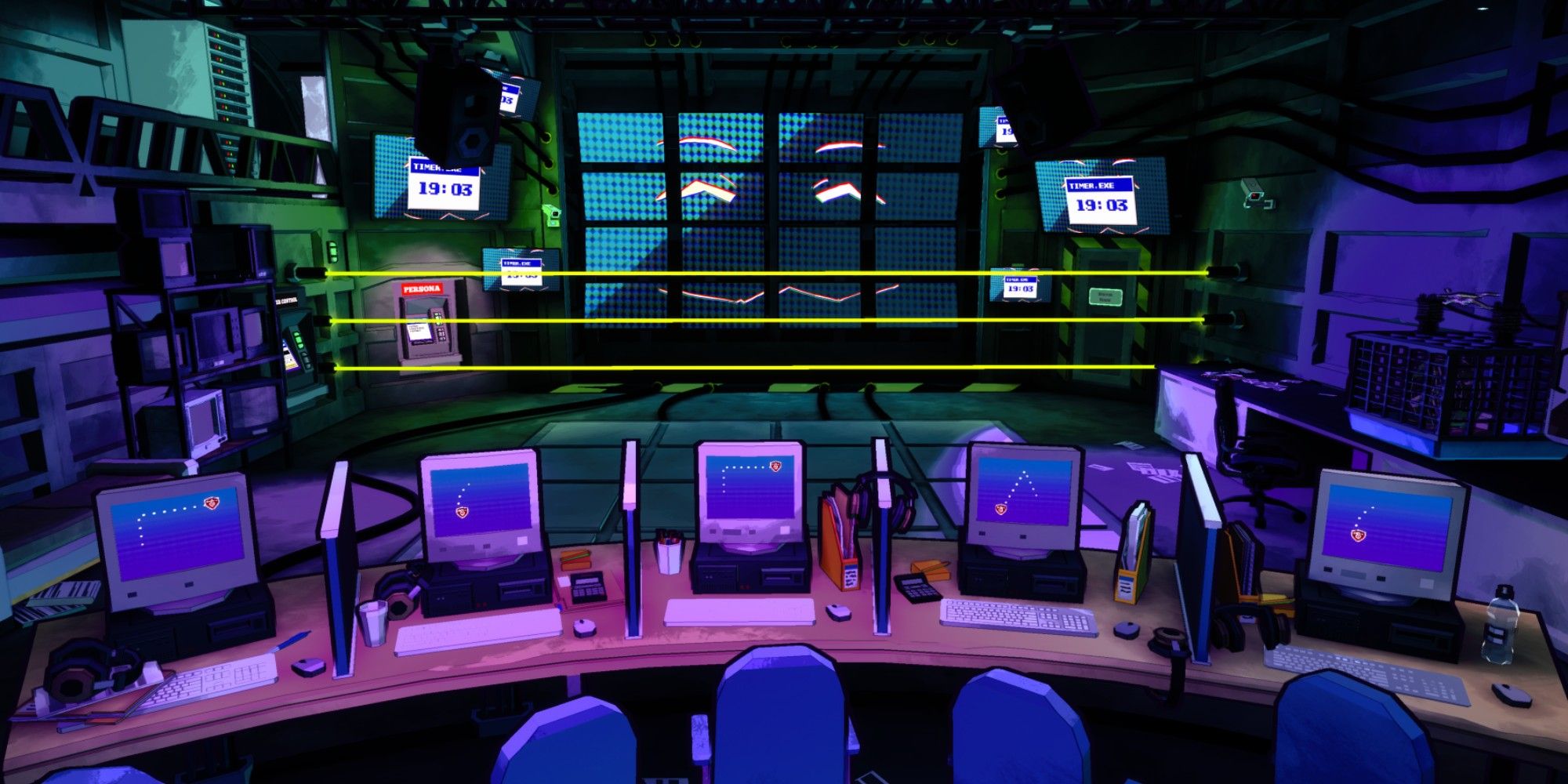 "From minute one we wanted to ground the game in the world of escape rooms," Salyh says.

From there, the player is recruited to attend Escape Academy, a school to teach escapists, spies, and secret agents the tools of their trade. Here the player will learn skills like keeping a cool head under pressure. In keeping with the school theme, players get a report card after each room. However, there's nothing wrong with asking for help, and the game has a built-in hint system that can point players in the right direction when things get tough. While playing through two levels of the game with another journalist, we often forgot about the hint system entirely until we hit a wall. Then, the expertly calibrated hints got us back on track. In one level, with two minutes left we asked for a hint and then sprinted through the remaining puzzles and made it out with seconds to spare.

The multiplayer component of Escape Academy doesn't sound especially robust on paper — mostly it comes down to talking over Discord and passing items back and forth when necessary — but playing it was an exhilarating experience. During the preview, Coin Crew said that it thinks of a puzzle game as focused on a single goal, while an escape room asks players to complete multiple tasks in parallel. That multidirectional focus is what makes escape rooms sing with a group of friends. Sure, the type A among your party may take charge, but even if they do, there are other tasks you can work on. Escape Academy, at least in the short amount that I played, perfectly captures the feeling of doing your part to accomplish a larger goal while your friends do the same nearby. 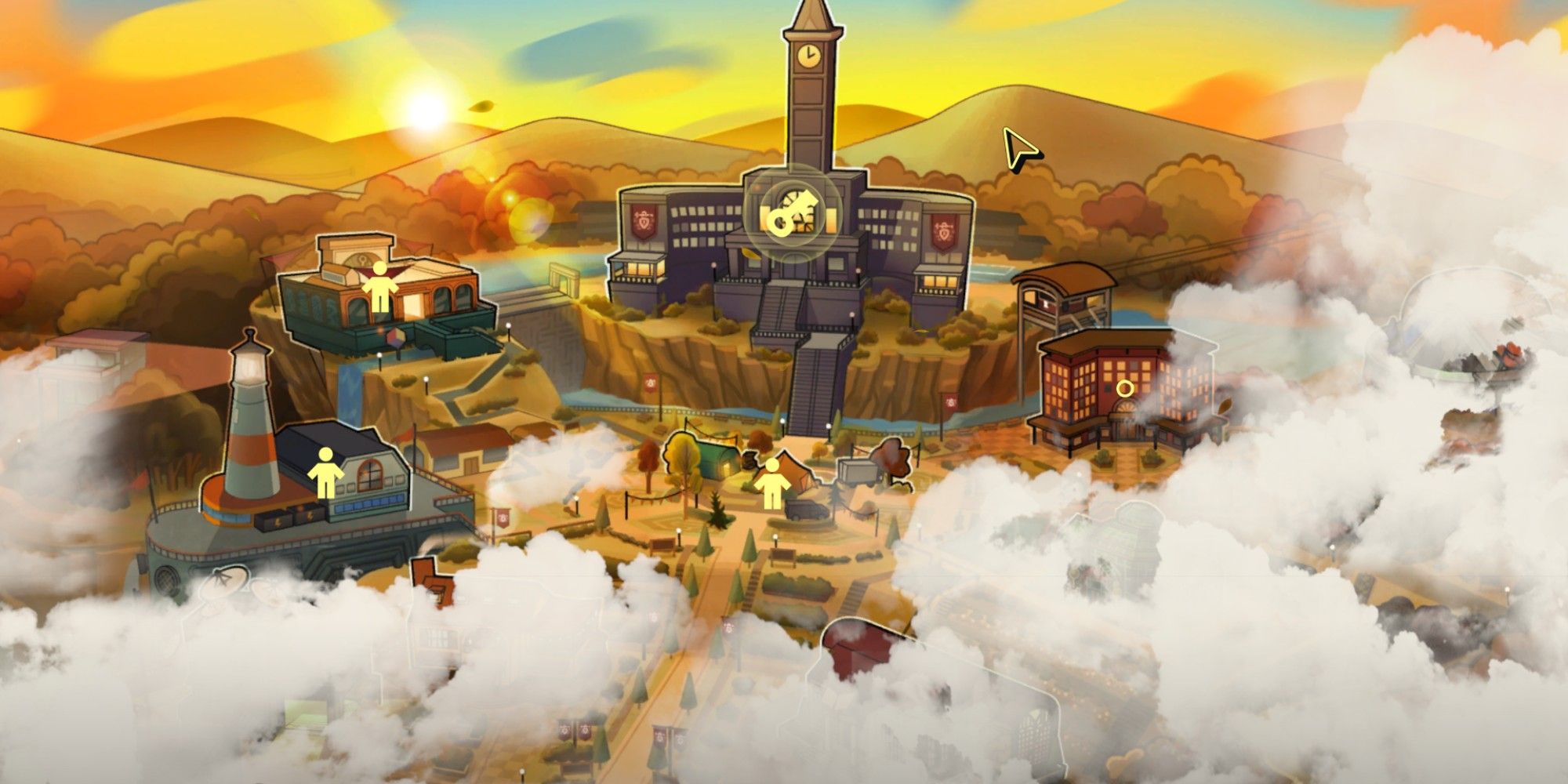 Overall, I was struck by how well Escape Academy recreates the race against time that defines the escape room experience, as well as the feeling that everyone has something to contribute. I'm eager to see the rest of the rooms and we won't have to wait long.