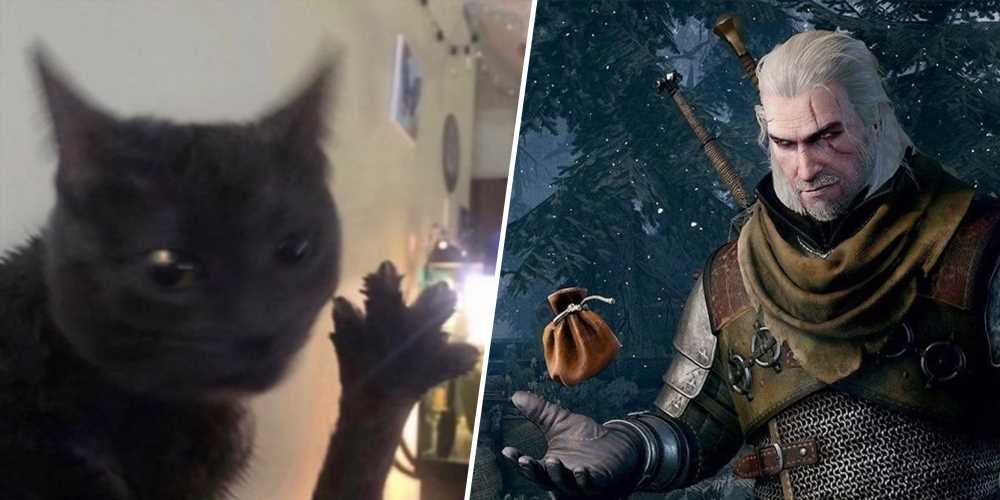 The Witcher 3's highly-anticipated PS5 and Xbox Series X upgrade is right around the corner and to market it, developer CD Projekt Red has turned to one of TikTok's most bizarre trends. If you were on the platform at all in the past month, you'll have likely come across a "dabloon cat," usually a ratty little feline who offers you some dabloons (an imaginary currency) to spend at the stores of other dabloon cats. Yes, it's very odd.

The trend was so widespread that participants would often keep track of their dabloons on spreadsheets or Google Docs to keep up the game, essentially creating a new economy based entirely within TikTok. Now CD Projekt Red has jumped onto the trend, using its very own dabloon cat to tell TikTok users about the upcoming upgrade for The Witcher 3. Thankfully, the upgrade will cost existing owners of the game zero dabloons, so your stash is safe for now.

You can find the video embedded below which was uploaded to CD Projekt Red's official TikTok account earlier today. Just like in all of the other videos of the same type, a little cat comes forward to break the news about The Witcher 3's upgrade with some music that will be extremely familiar to any Gwent fans out there. In a text-to-speech voice, the cat tells us of the upgrade before wishing us safe travels. The video's description also says we get four dabloons just for watching, so you're part of the economy whether you like it or not now.

Hopefully, we can hold onto our dabloons for the release of the next Witcher game, although it seems like we'll be waiting a while for it. CD Projekt co-CEO Adam Kiciński revealed back in October that the next Witcher game is at least three years away still, and also recently stated that the newly announced remake of the first Witcher game won't launch until after The Witcher 4. Best grab some dabloon insurance.