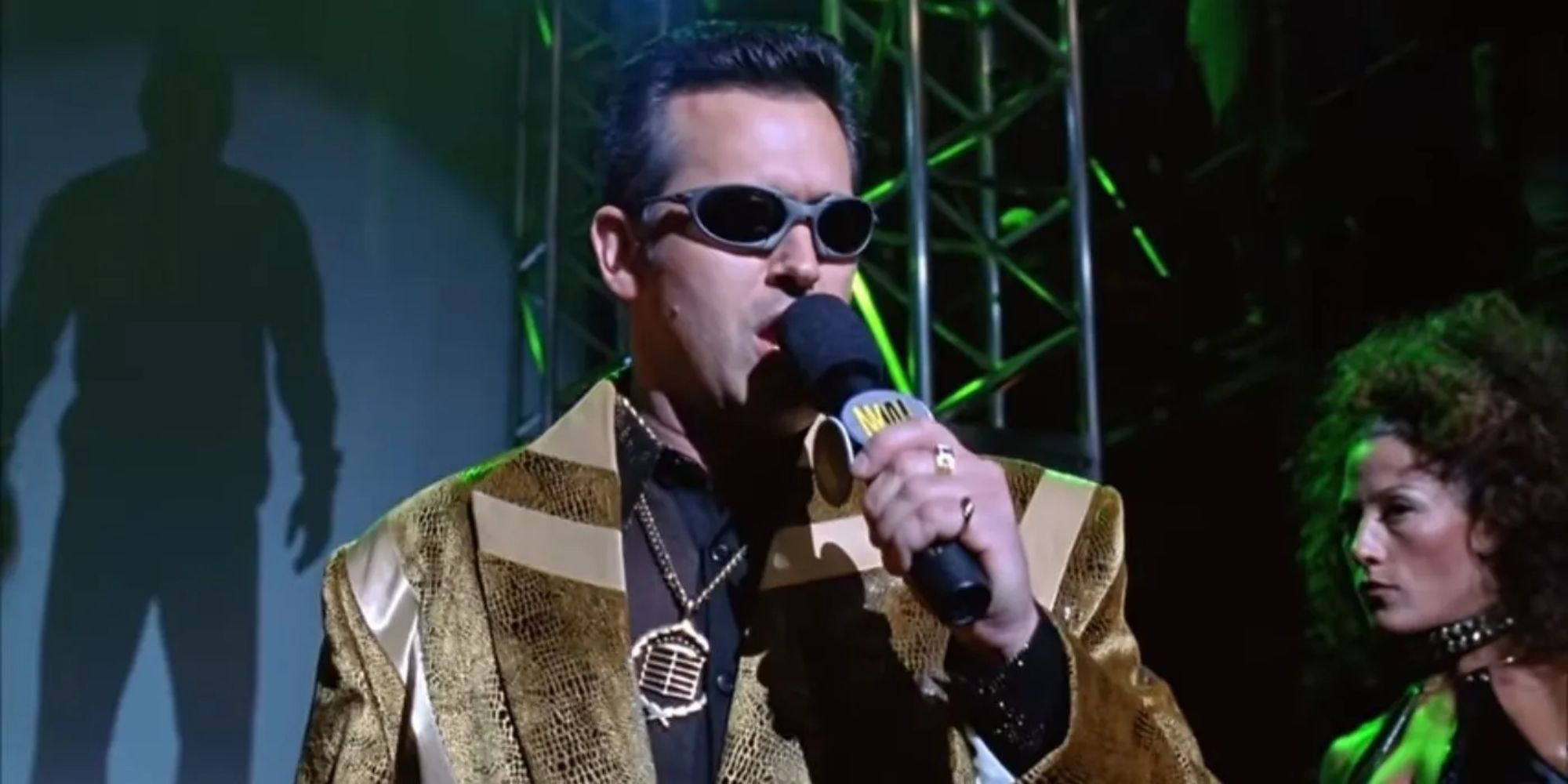 Evil Dead's Ash Williams has joined Fortnite as part of Fortnitemares, and one of his dialogue options has a cheeky little reference to another film that Bruce Campbell has appeared in – Sam Raimi's Spider-Man.

Fortnitemares is currently upon us as a way for Epic to celebrate the Halloween season in Fortnite. Alongside skins like Summer and Mr Meeseeks, Ash Williams from Evil Dead has also joined the game, even coming with Campbell's iconic square jaw and a chainsaw pickaxe. Groovy.

That's not all, though. As spotted by Twitter user chrysaf, Ash has a unique voice line that'll only trigger if you talk to him as Spider-Gwen. For those who don't know, recent skins are often dropped into Fortnite's map as NPCs for players to find and interact with, often with some unique items. Interacting them with specific skins equipped will give specific lines, often giving a bit of background on their character and the overall Fortnite lore.

In this instance, however, it's nothing more than a cute nod to Campbell's film history. Speaking to Ash as Spider-Gwen will cause him to say, "You remind me of this wrestler I know…", a clear nod to Sam Raimi's first Spider-Man. In that film, Bruce Campbell played a wrestling announcer that gives Spider-Man his name, so it would make sense that running into someone else from the Spider-Verse might make him a little bit nostalgic.

Although players seem to have only found the reference with Spider-Gwen so far, it would make sense if it also popped up for the various other Spider-Man outfits that are currently in Fortnite, such as the Tom Holland variation, or the comic-inspired one that was the final reward of a recent battle pass.

Fans of Sam Raimi's Spider-Man trilogy will likely know that Bruce Campbell's role as the wrestler was seemingly a tease for him to eventually become Mysterio, as the actor also appeared as a usher for the theatre in the second film, and a waiter in the third.