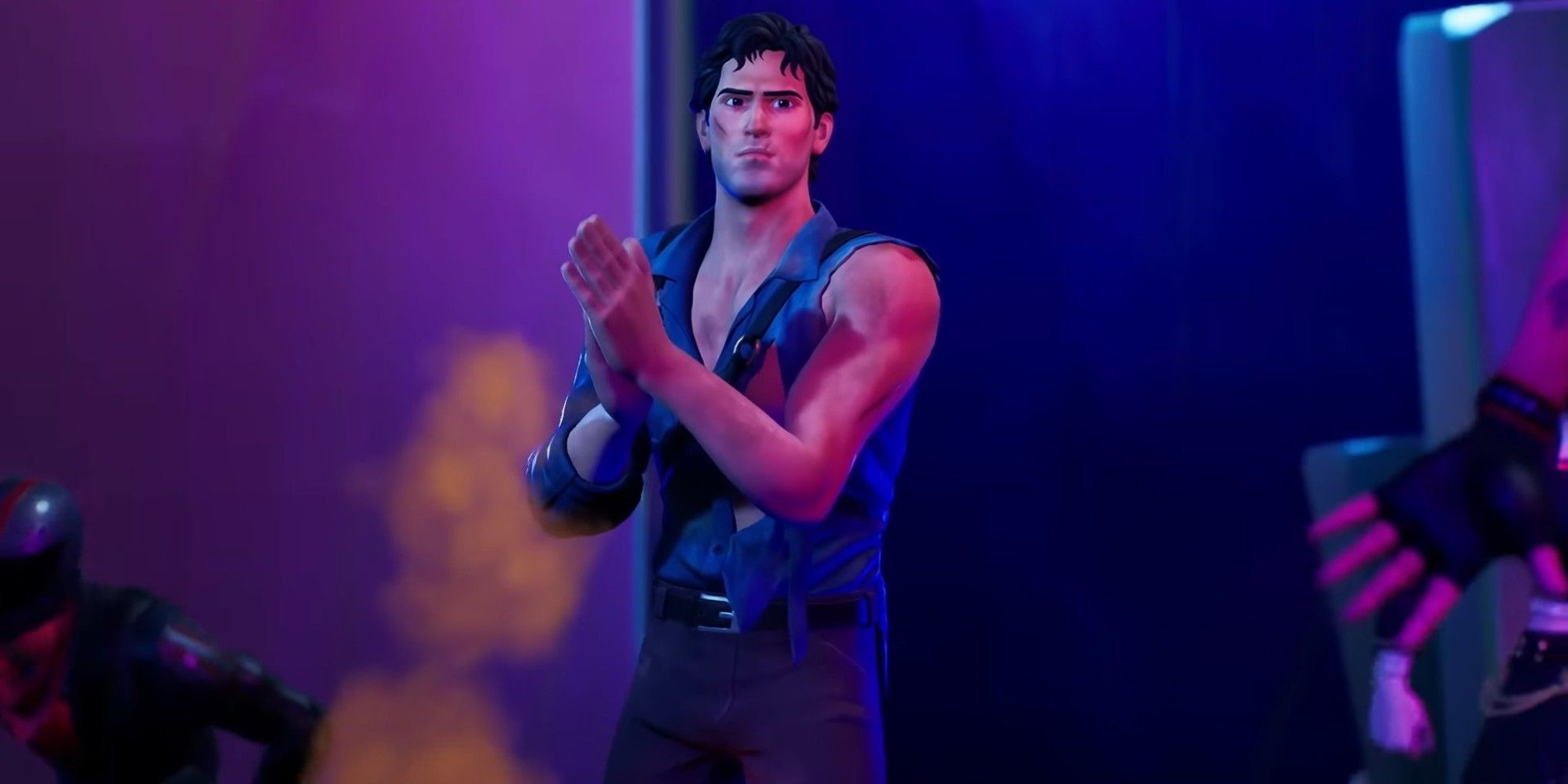 Halloween might still be a little less than two weeks away, but some games are already celebrating the spookiest holiday of the year. That applies to Fortnite starting today as its annual Fortnitemares event has returned. A trailer for it has leaked a little early, revealing that the game's next crossover will be with Evil Dead.

The trailer kicks off with people dancing at a show that might well be hinting another live in-game performance is on the way. Things quickly go south though as a man some of you might have found familiar immediately is shown looking a little worried. If you didn't know who he was at first sight, the trailer then gives you a couple of unmistakable clues revealing him to be Ash from Evil Dead.

If you're unfamiliar with the iconic horror franchise, Ash is best known for blasting zombies with a shotgun one-handed since his other hand has been replaced with a chainsaw. Ash will be bringing both of those weapons with him to Fortnite, and the chainsaw will presumably be a pickaxe rather than something you can find. It'll be interesting to see whether anyone can equip the chainsaw pickaxe or if it will be exclusively applicable to the Ash skin.

While Evil Dead appears to be the only new crossover coming to Fortnite this Halloween, there are a couple of new Rick and Morty characters in the trailer above. Summer and Mr. Meeseeks are both shown, meaning they will likely be getting their own skins at some point very soon. Hypex also highlights that a number of Fortnitemares rewards will be available during the event.

The return of Fortnitemares kicks off what is going to be a big week for the game. Black Adam arrives on Thursday, just in time for the movie of the same name's arrival in cinemas. And yes, that does mean The Rock will be in the game twice having already been revealed to be the voice and face of The Foundation.