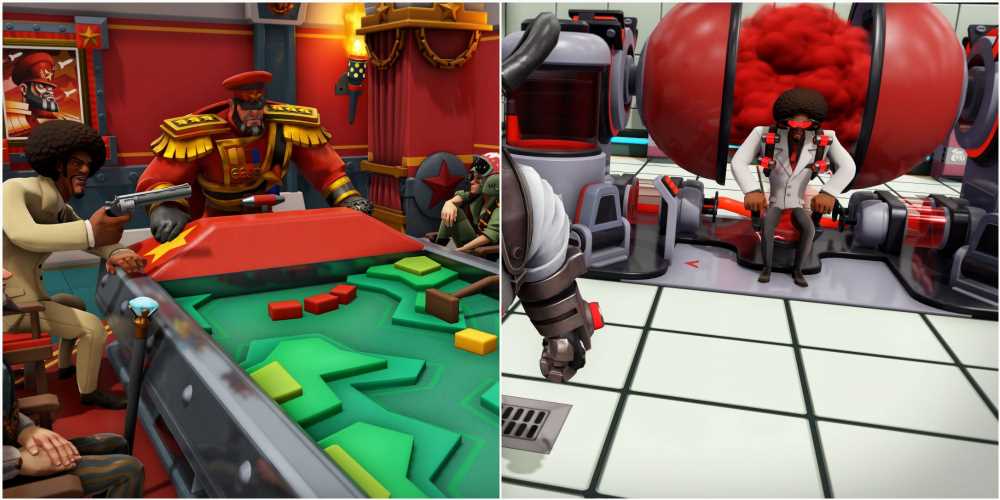 When you're plotting to take over the world, one of the first things you should think about is a good henchman, someone you can delegate tasks to and let take on the dirtier parts of the mission. Given that Evil Genius 2 is a strategy game, one of the keys to success is surrounding yourself with the right combination of characters combined with smart planning.

Every henchmen comes with a unique set of skills that compliments their wide range of stats, leaning your gameplay in one way or another. From distraction to damage, you'll have to choose how you want to tackle world domination as it affects what skills will be most important. Luckily, knowing each character's strengths will help make the choice for you. 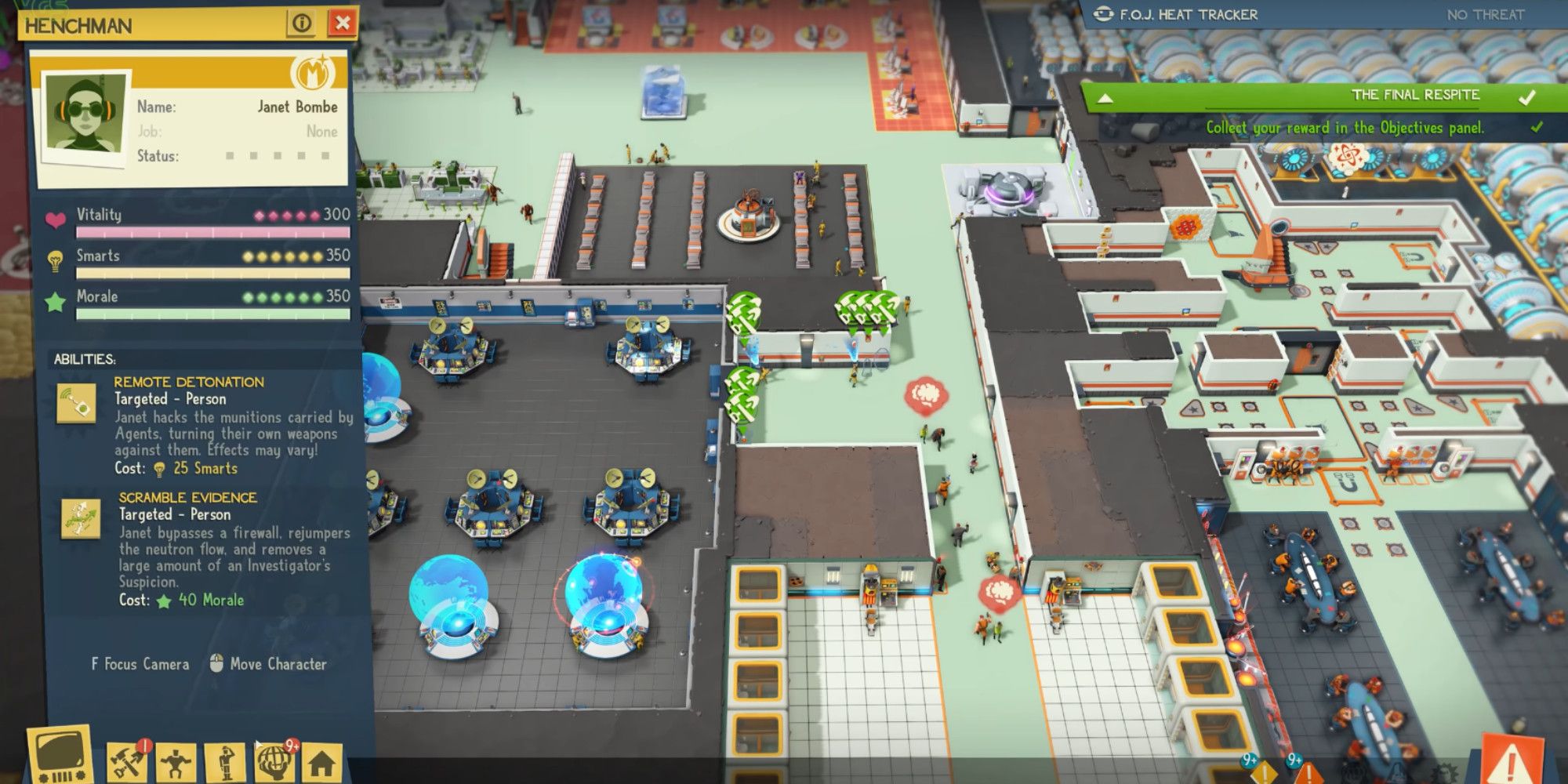 A henchmen that's available from the first mission, you have to choose Recruit The Fan to get the hacker early. Later in the game she's only available through the side quests Technical Difficulties, Tech Troubles 2: Electric Boogaloo, and Hack The Janet.

She can scramble different agents' ammunition, causing different effects depending on the agent. She also has the ability to greatly reduce suspicion by scrambling evidence, taking the heat off certain characters. 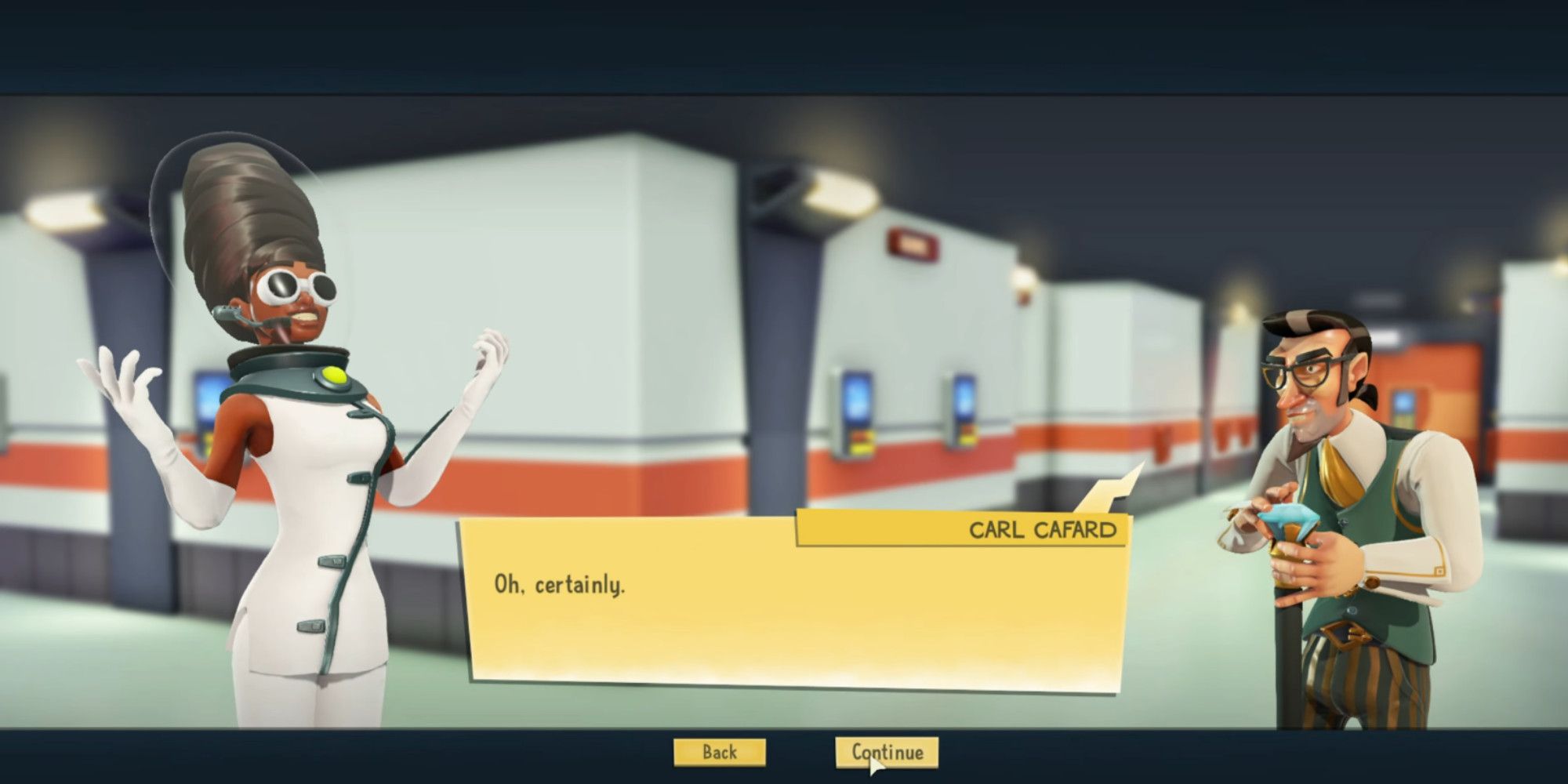 Carl Cafford is the master forger, and one of the most annoying enemies to come up against – with his powers of deception and active obsession with the finer things in life. The whole mission chain to recruit him comprises of Fool's Gold, Body Snatcher, and Appraising Cafard.

Once you lure him in with rare paintings, Carl eventually falls captive to your guards and spills the beans. Unlocking him as a henchman not only gives you traps that can deal damage to your enemies, you can also throw off Rogue agents that are trying to steal your loot with his high quality fakes. 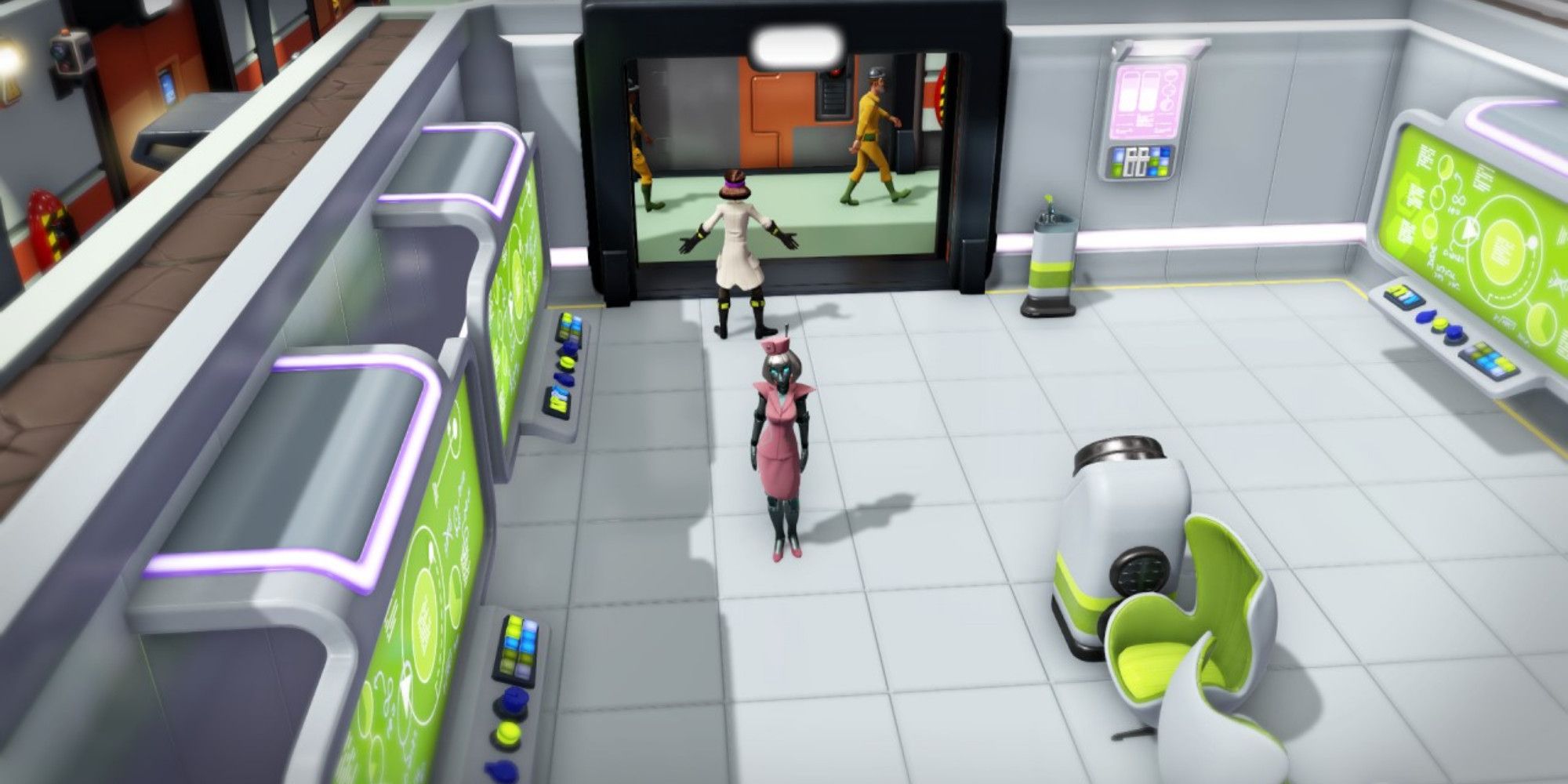 Unlockable early in the game by completing the Recruit Your Computer quest, Iris is an all purpose machine. If you wait until later can get her by completing I Robotocist, I Spy With My Cybernetically Enhanced Eye, and When You Cut Me, Do I Not Lubricate?.

Providing as much defense and she does distraction, Iris is a nightmare in battle. Lasers are Iris' weapon of choice and she can heal by rerouting her power source. She can also provide security coverage by accessing cameras in the area and giving you a 360 degree view. 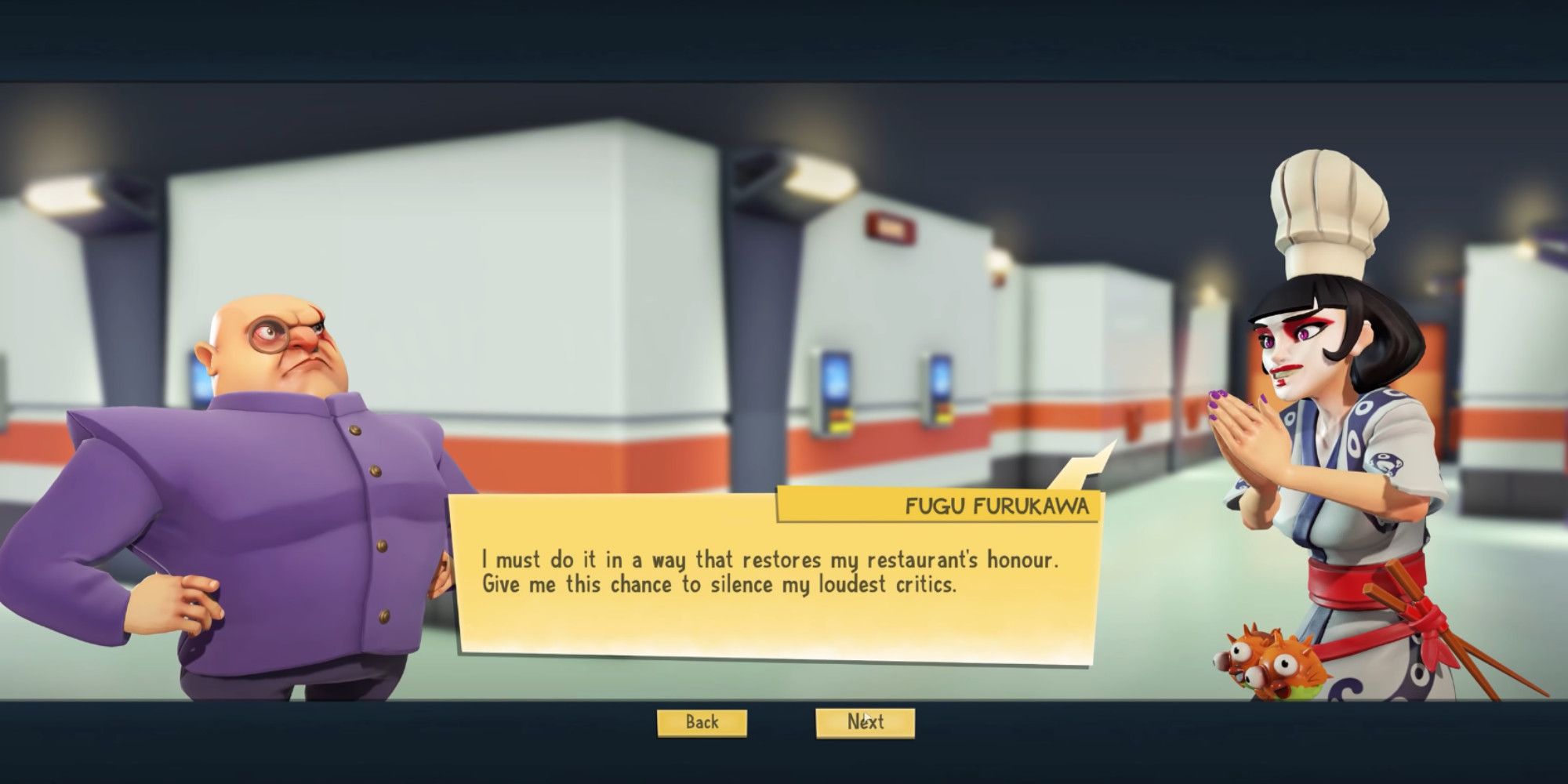 The yakuza chef you never want to take a meal from, Fugu pairs up well with almost any other henchmen in the game. Getting her on board means beating Death Mote, Hail To The Chef, and Fugu State, the latter of which unlocks schemes on your map.

Coming in with distracting dishes that slowly poison the target, draining their stats without causing a scene. Her second ability, Blowfish Explosion, not only deals damage but stuns superagents, leaving behind a poisonous cloud that slows down any minions providing back up. 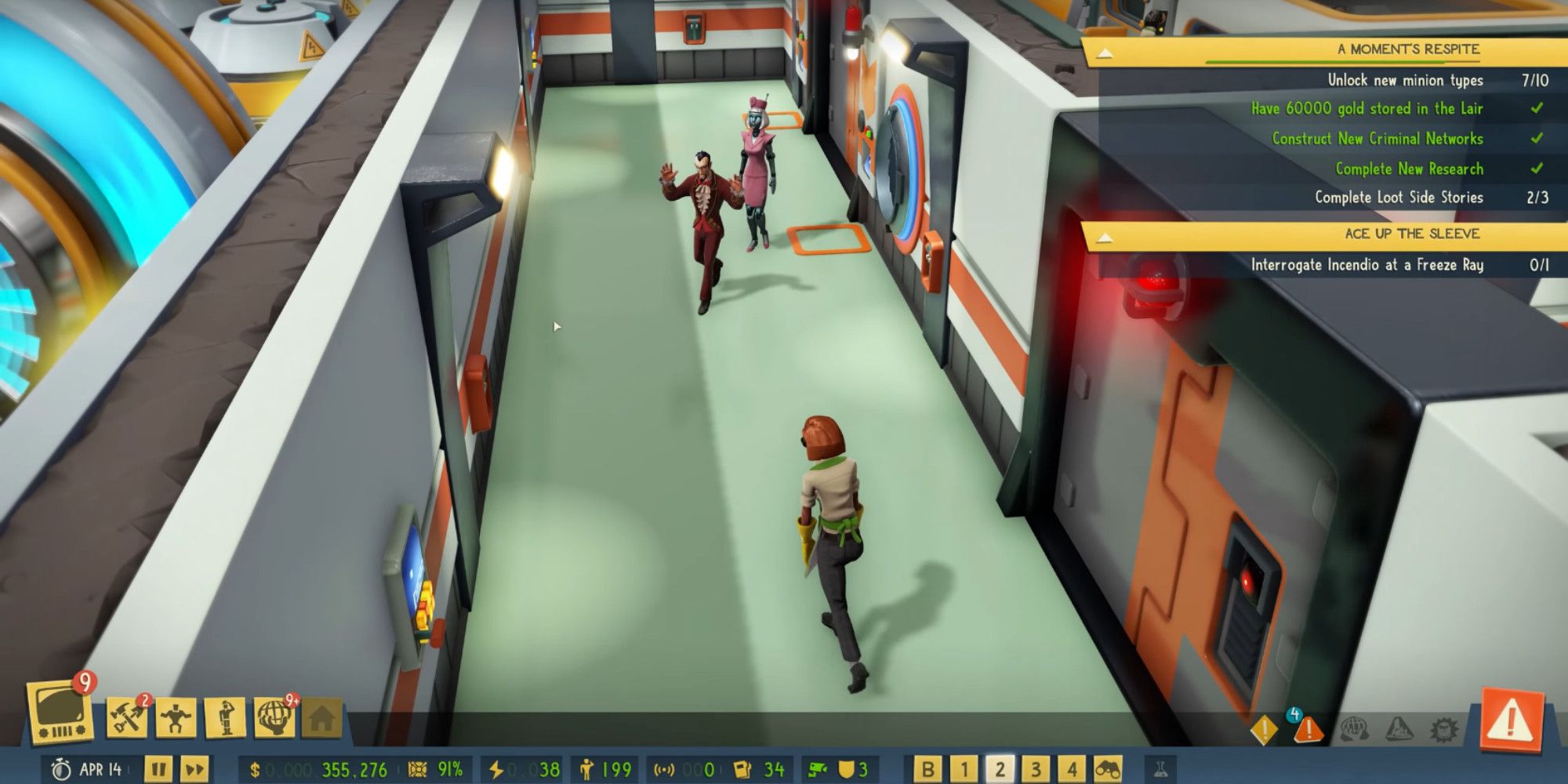 The performer that packs a punch, Incendio has a lot more tricks up his sleeve than the average henchmen. He'll spend his idle time distracting agents and pesky tourists with his magic tricks, taking the heat off your operation. The quest order is Ace Up The Sleeve, Unwanted Guests, and Fire In The Hole.

He throws out area damage, but you have to be careful because friendly fire is a big risk. When an attack lands its big damage and hurts anything in range, and that's after he's drained their resolve. He can also mislead targets with his adept hiding abilities. 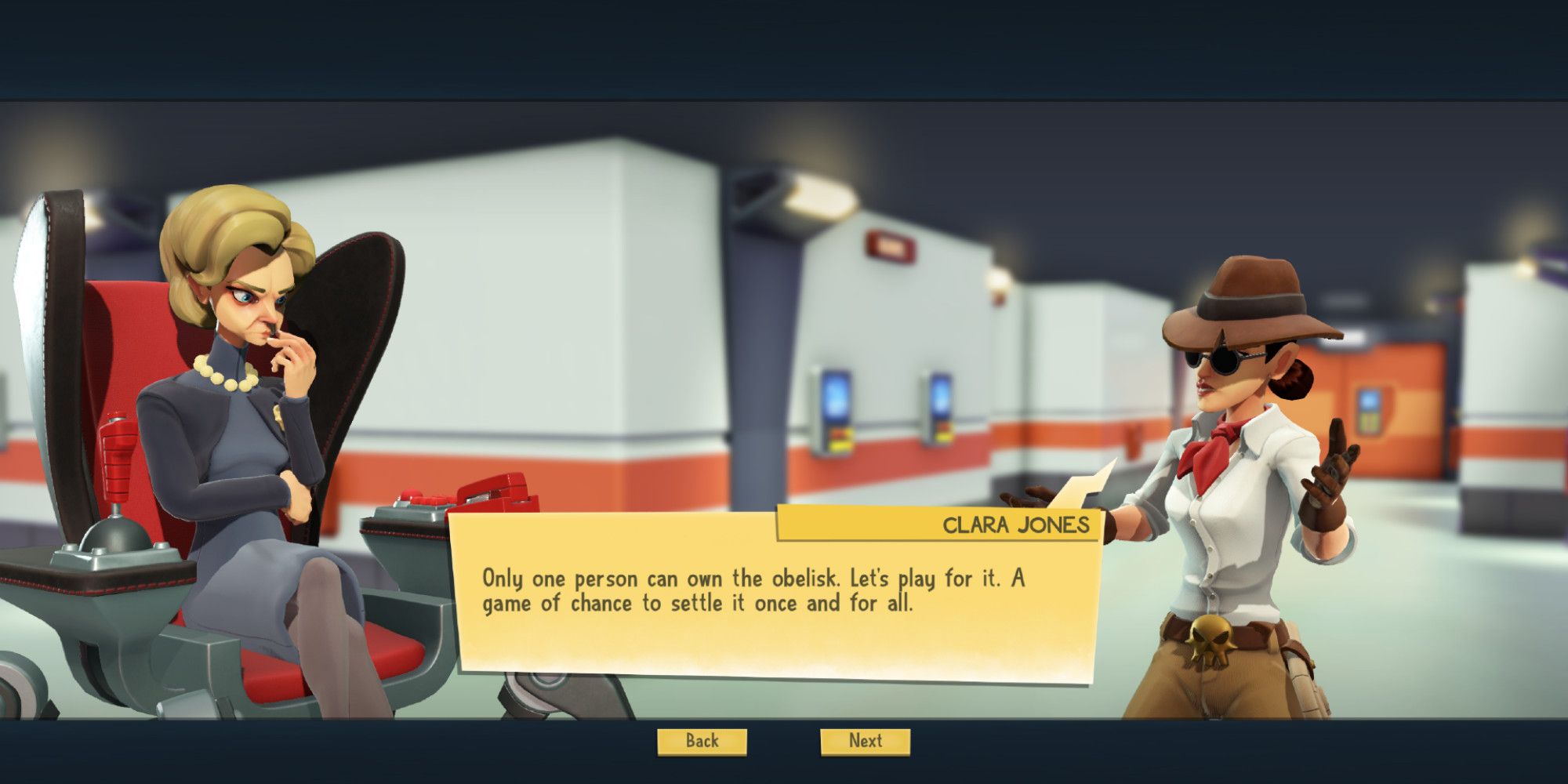 An all around gem, Clara Jones brings balance to any team she's on, making her a valuable asset in your rise to the top. Recruiting her will take you through Inconspicuous Consumption, Knowledge Is Power, and Recruiting Clara Jones, all available after your map has symmetry.

Her first ability, Heirs and Graces, will distract agents while dealing huge damage, offering a two sided strike that slows down an oncoming assault. Clara can also buff any traps you have, increasing the chance they hits their target. 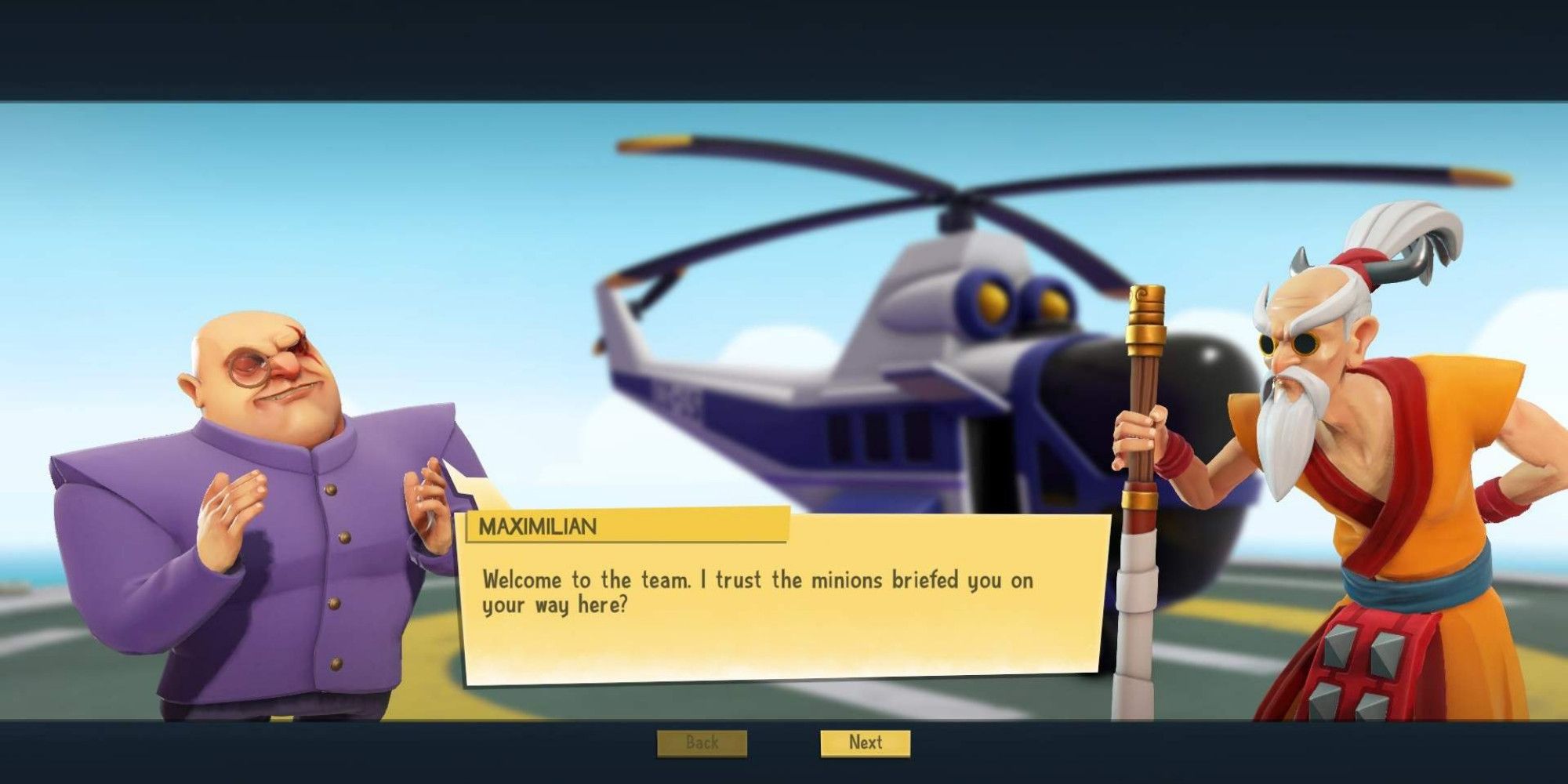 Recruiting the old man from the beginning is easy, click Recruit The Swordsman and he'll be your first. If you miss him, you'll have to follow Strike Like The Wind: An Angry Homicidal Wind, Wind Wars: The Wind Strikes Back, and There's No School Like New School.

Operating on exclusive damage, this is the man you want in battle with you. On top of his powerful strikes, he can further increase his damage in short bursts with his abilities. Jubei can also teleport, increasing speed and opening up combat options. 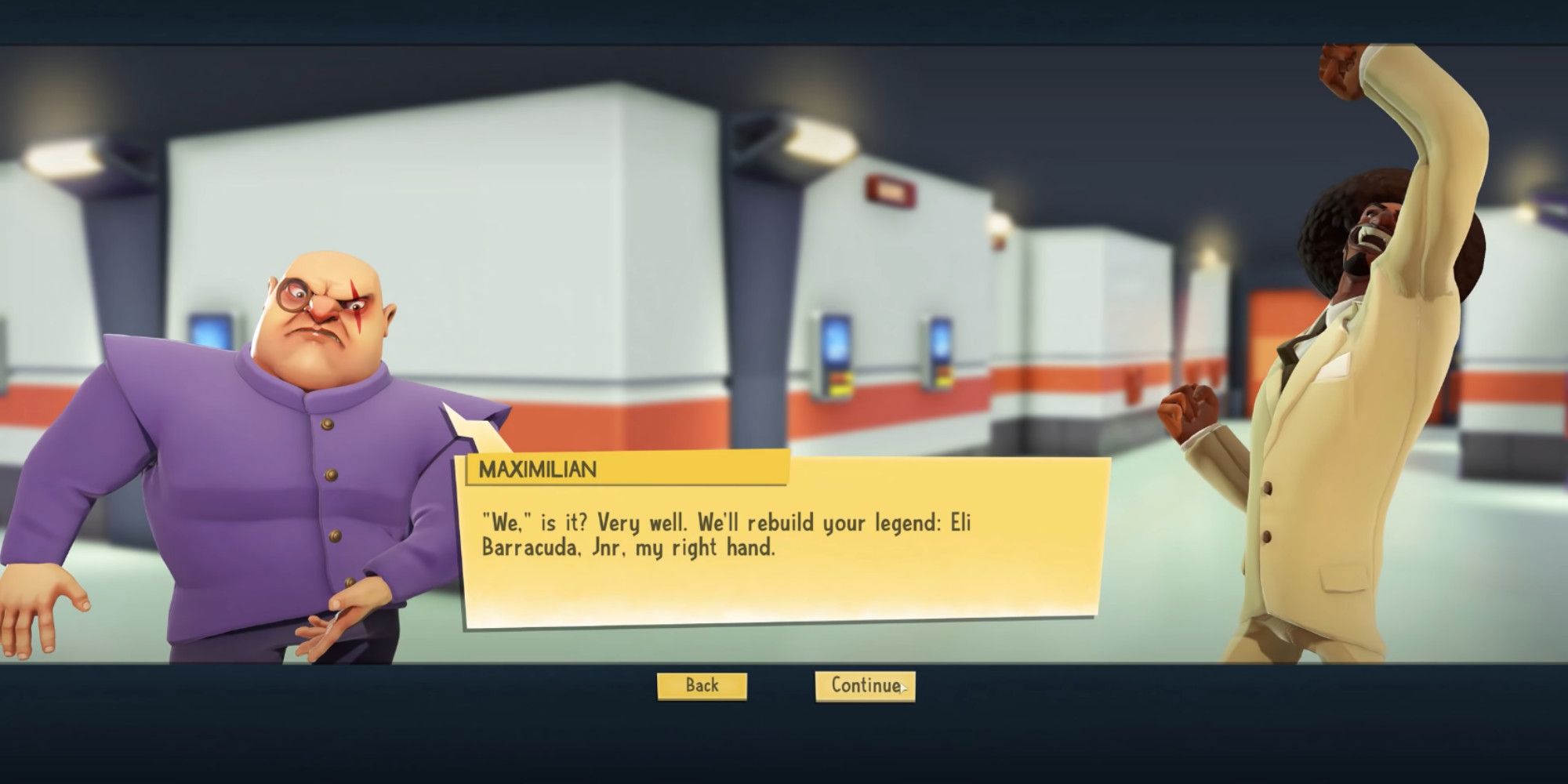 The best choice for an early game henchmen, Eli brings in big money on an unparalleled scale. Choosing Recruit The Son will nab him right away, if not it's The Man With The Silver Gun, With An Iron Fist, and The Book Of Eli.

Eli has great all around skills, an asset when he can charm any agents that come around, weakening their resolve. If all else fails he can use his gun to one shot any enemies for the first half of the game. 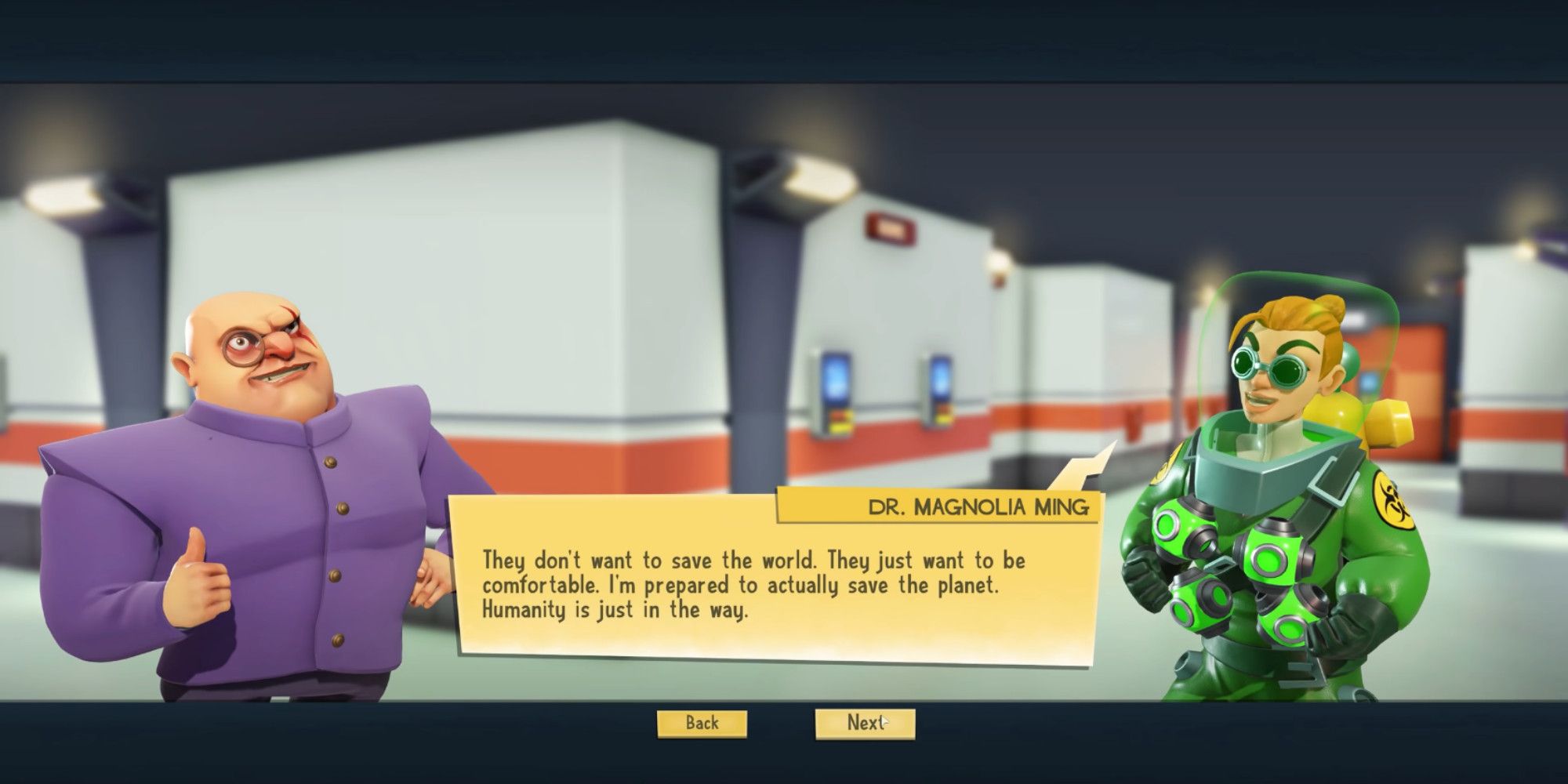 A genius tree hugger who lost her mind, Dr. Ming's environmental skill is a big help. Showing up in the second round of henchmen quests, you have to complete Going Green, Poisin' Ivy, and Steal Magnolias to recruit her.

Her Contagion ability releases a deadly swarm of microbes that seeks out victims to drain their vitality and skill, this applies to friendly and enemy agents. Dr. Ming can also produce a healing microbe that restores vitality, giving you a backup if things go south. 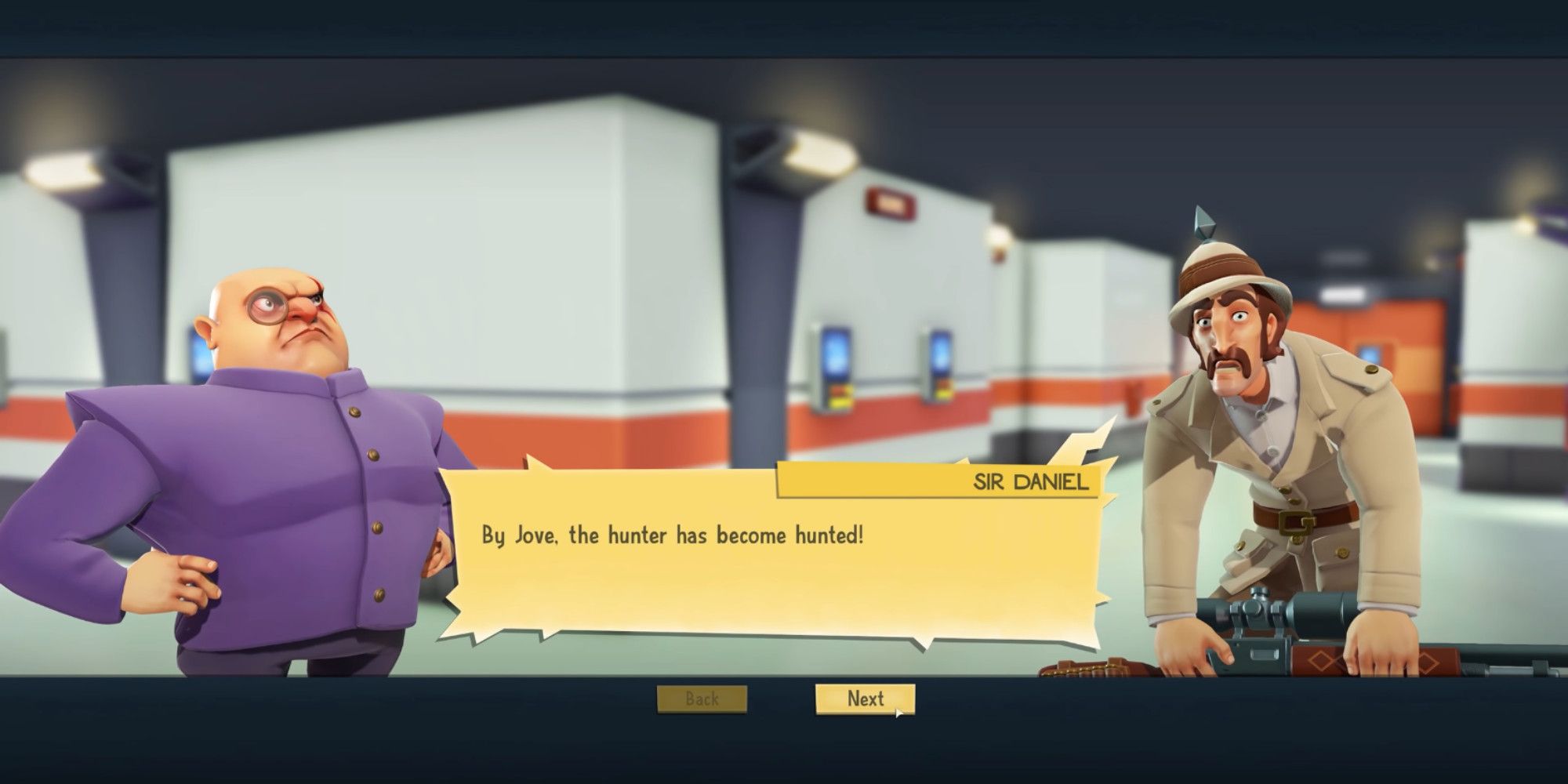 A hunter is just what you need when you want to protect an evil base, especially one as skilled as Sir Daniel. He's only available through Who Hunts The Hunter?, If You Hunt Him, He Will Come, and The Other Most Dangerous Game.

Not only can he track down rogue agents, his camouflage ability means they can't see him and leads to kill shots. For when he's not lurking the halls, he also places bear traps that take care of any unwanted visitors. 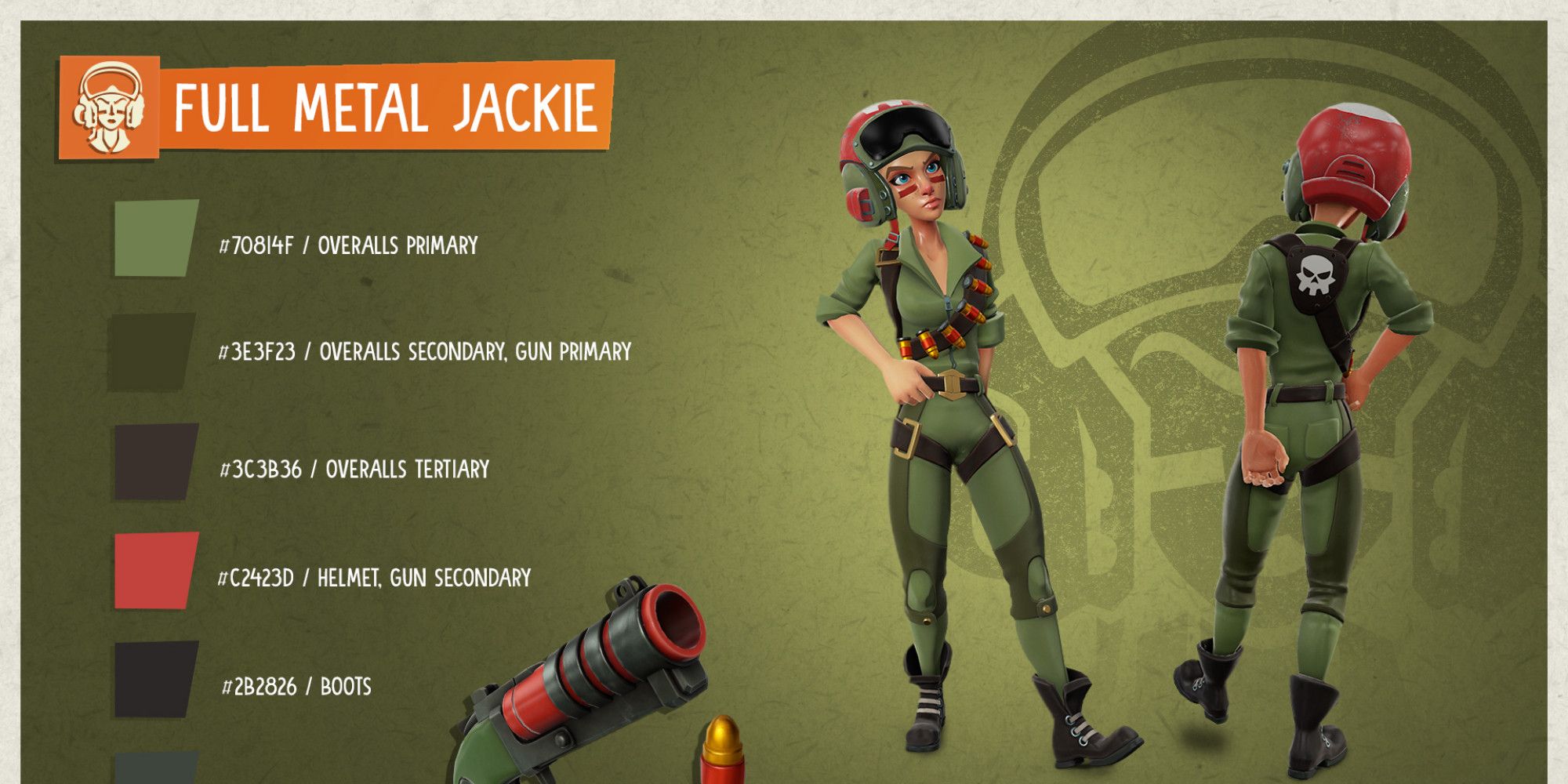 A weapons saleswoman that can provide all the right equipment and a helping hand. A henchman you can't miss, Full Metal Jackie unlocks after Heavy Metal Queen, Arms Race, and Eighteen With A Bullet.

Providing an all out assault, Jackie's attacks have a chance to set fire to the enemy, quickly taking them out. Other minions on your team will also be better off since Jackie can equip all muscle minions with hand guns for added damage and a quick victory.