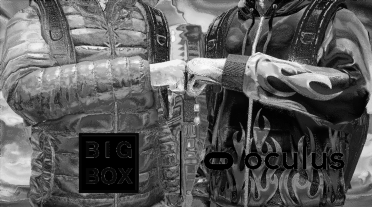 Facebook acquired another VR shooter game development studio with the purchase of BigBox VR, the creator of battle royale title POPULATION: ONE.

Facebook said it wouldn’t disclose the terms of the deal, which follows the April purchase of Downpour Interactive and its tactical multiplayer shooter Onward. Both POPULATION: ONE and Onward are among the highest revenue earners on Facebook’s standalone VR headset Oculus Quest. In February, Facebook said six Oculus Quest titles had cleared $10 million in revenue and Facebook now owns at least half of them.

Launched in late 2020, POPULATION: ONE is a first-person shooter (FPS) in which players team up in groups of three and fight across a large map to be the last team standing. The game is comparable to Epic Games’ battle royale sensation, Fortnite, both in terms of structure and business model – POPULATION: ONE is currently running a second ‘season’ of themed content including free updates and cosmetic items that are locked behind a premium battle pass.

In June 2020, Facebook also bought Ready At Dawn, the makers of the Echo VR games. Ready At Dawn’s Lone Echo II is slated for release on PC VR this summer, likely representing a swan song for the PC-powered Rift platform as Facebook zeroes in on the success it is finding with the standalone Quest. The multiplayer Echo VR, meanwhile, now runs a seasonal content structure similar to POPULATION: ONE.

Facebook says BigBox VR will operate as an independent studio.

“BigBox VR has big plans for the future of POP: ONE and for other projects, but we’re not ready to share details at this time,” a blog post prepared by Facebook states. “POP: ONE will continue to be supported on all its current platforms.