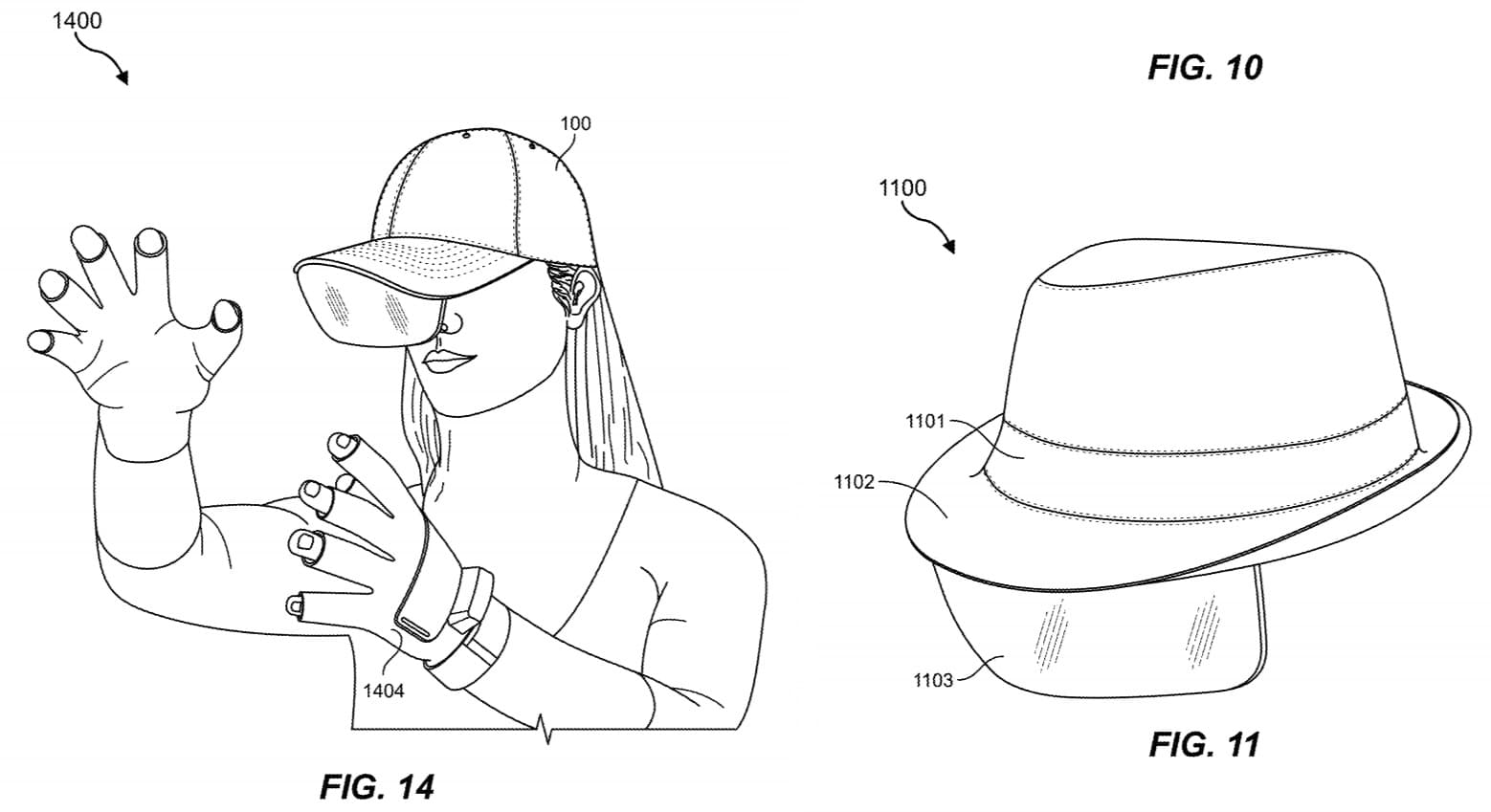 Images in the filing (first filed in 2019 and originally spotted by Founders Legal) depict a visor that attaches to the front of a cap and dangles in front of the user’s eyes. But it’s not just caps – images also show the solution attached to fedoras and other headwear. There’s even drawings of the concept in use with finger-tracking gloves and what looks like the CTRL-Labs wristband that Facebook acquired in 2019.

One image shows the inside of a cap that’s lined with “embedded haptic and/or brain-computer interface components”. The visor looks to be detachable for when you just want to wear hundreds of dollars worth of tech on your head and see the outside world, too.

Though it may look a little odd, the filing outlines the designs as an approach to improving comfort for VR and AR systems. It even notes that current systems make it “difficult to incorporate advanced computing components such as complex processors, eye-tracking systems, and the like” without increasing the weight and the heat generated by all of those components all working together. Distributing some of those components across a user’s entire head instead of only on your face could definitely help improve comfort.

As always, patent filings are only an indication of some of the work Facebook might have been doing behind the scenes in its R&D labs, and not a sign of actual product plans. Still, it’s interesting to see the company looking at entirely new form factors to tackle VR and AR comfort issues – the Oculus Quest 2 is a smaller, lighter headset than its predecessor but still has plenty of room to improve.

This isn’t the first time we’ve seen the company take a different approach. Back in 2019 we wrote about another filing that featured a standalone headset’s carrying case as the computing component that would stream to a lighter, more comfortable headset.

Would you wear Facebook’s Artificial Reality Hat? Let us know in the comments below!