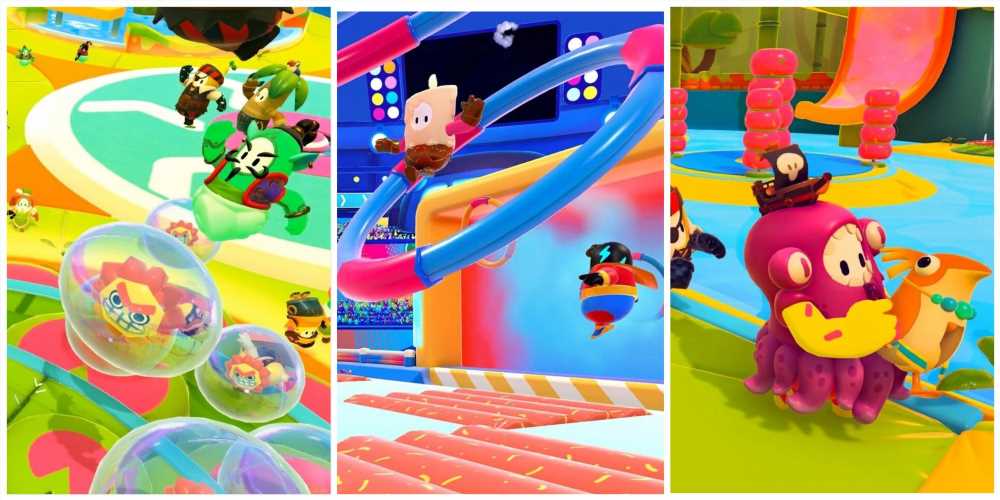 Surprisingly (or not), Fall Guys isn’t all about watching your jelly bean-shaped buddy beef it and faceplant. Other than the many obstacle-course racing rounds, your Fall Guy will face tests of survival and even challenges of the mind, like counting or remembering fruit.

But one of the key round types your cute character will face is the “hunt” game type: A loose grouping of game modes where the goal is to hunt for an objective. This might mean jumping through hoops, big-button mashing, or popping bubbles. Whatever the silly task is, you’ll have to do so with style and grace if you want to wear the crown. 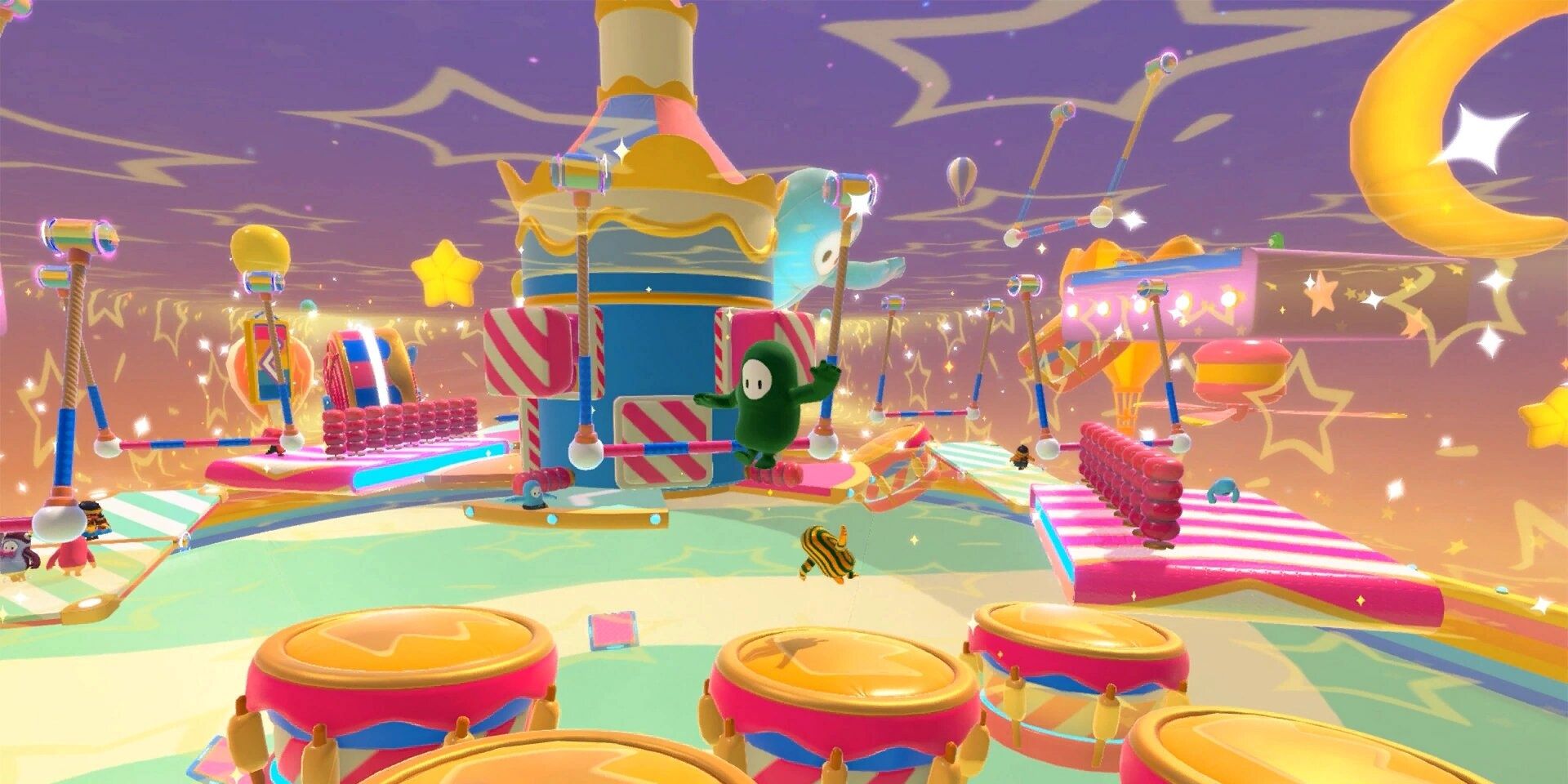 Maybe not the Tony Hawk Pro Skater-inspired mode you imagined. The aim of Airtime is to keep your bean in the gold zone to score points. The catch is, the zone is filled with traps like treadmills with swinging hammers or swirling platforms to spin you out. Everything within the zone is devilishly designed to keep you out of there, so when you find a good spot to rack up points, you’ll find yourself holding your breath as your score goes up.

It’s not uncommon that the difference between qualifying for the final round and being eliminated is just a couple of half-seconds in the zone, so stay on your toes! 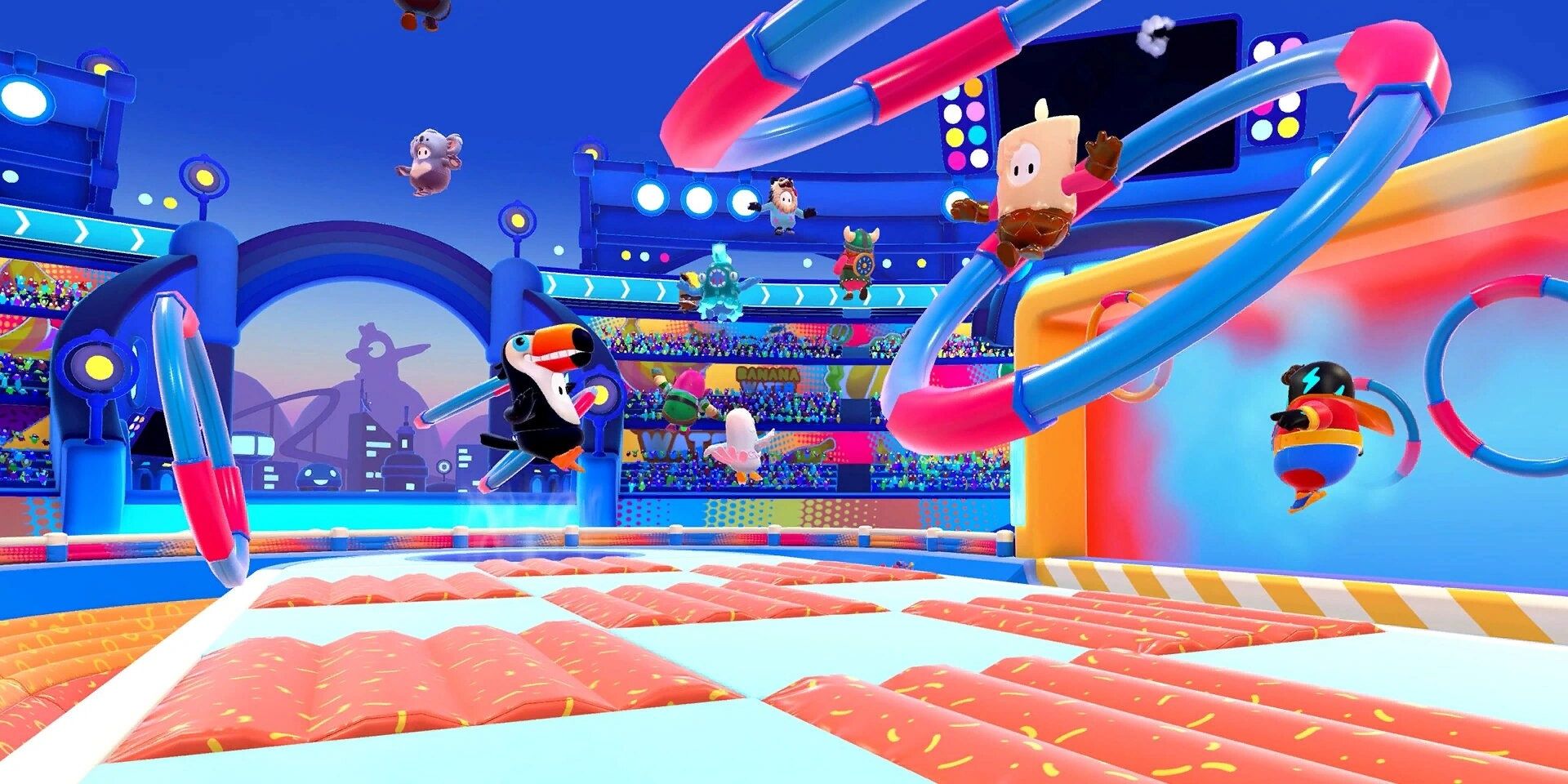 Has a competitive bouncy castle existed before Fall Guys added Bounce Party? Not unless you count jumping around in arena shooters like Quake. In this uniquely set battle royale bounce party, the beans use orange bounce pads to score points by slipping through rings.

The skill comes in with aiming your chubby chum around these hoops as they move back and forth while keeping from missing the platform and falling down to the lower level. If you do tumble down to that lower level, whether you were bumped by enemy beans or blundered a bounce, use the nearest fan to fly you back in and return to the fold. 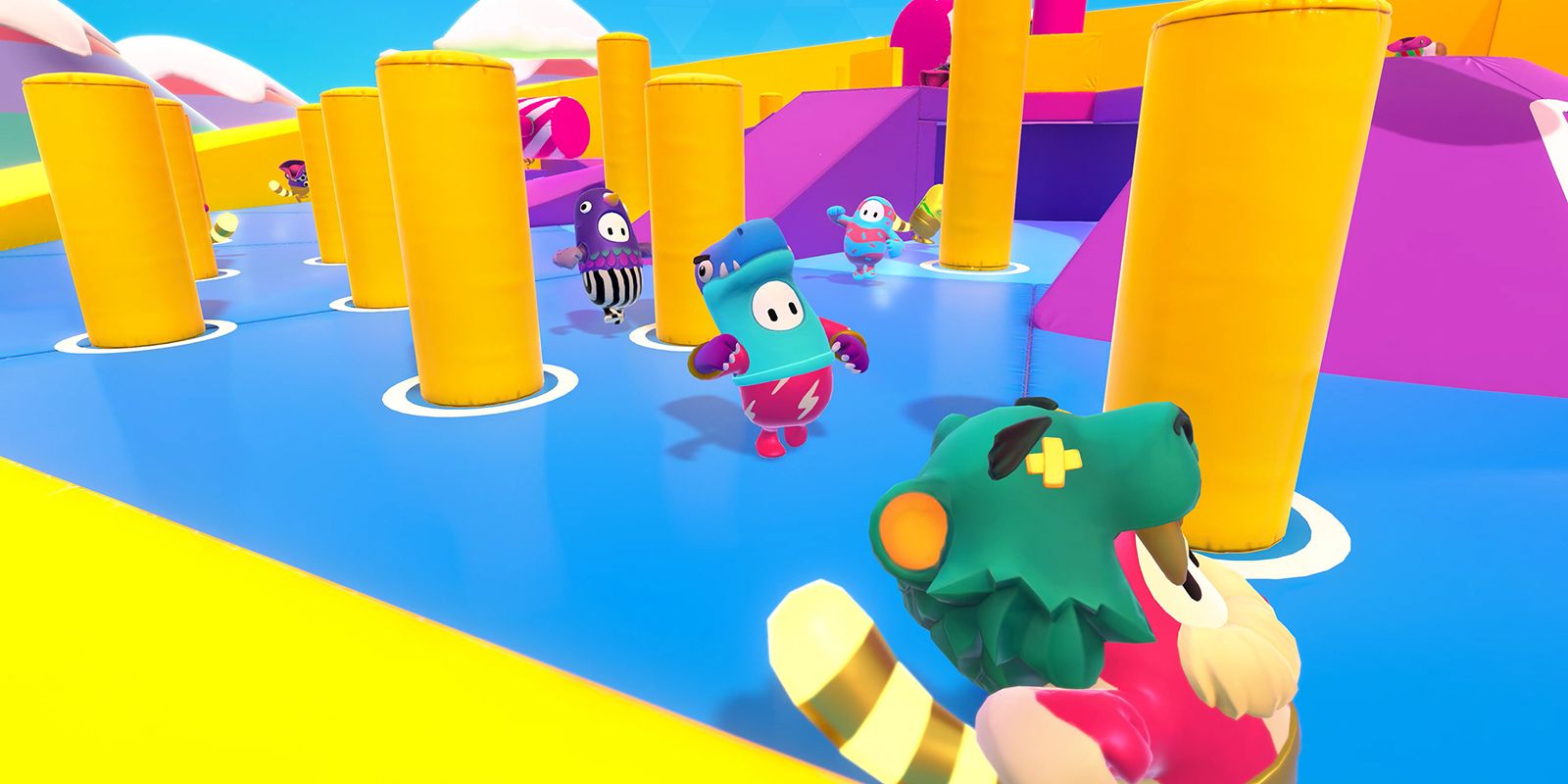 An old favourite, tail tag has been in the game since its beta version. Just like the classic schoolyard game, the aim is to keep your tail while avoiding the tail-less thieves that will chase you down. Whoever has a tail at the end of the match qualifies for the next round.

For such a silly, funny game, this is a round that will have you glued to the screen. And if you decide to play the team tail tag mode, you’ll find you and your squad will get loud when the timer ticks down. 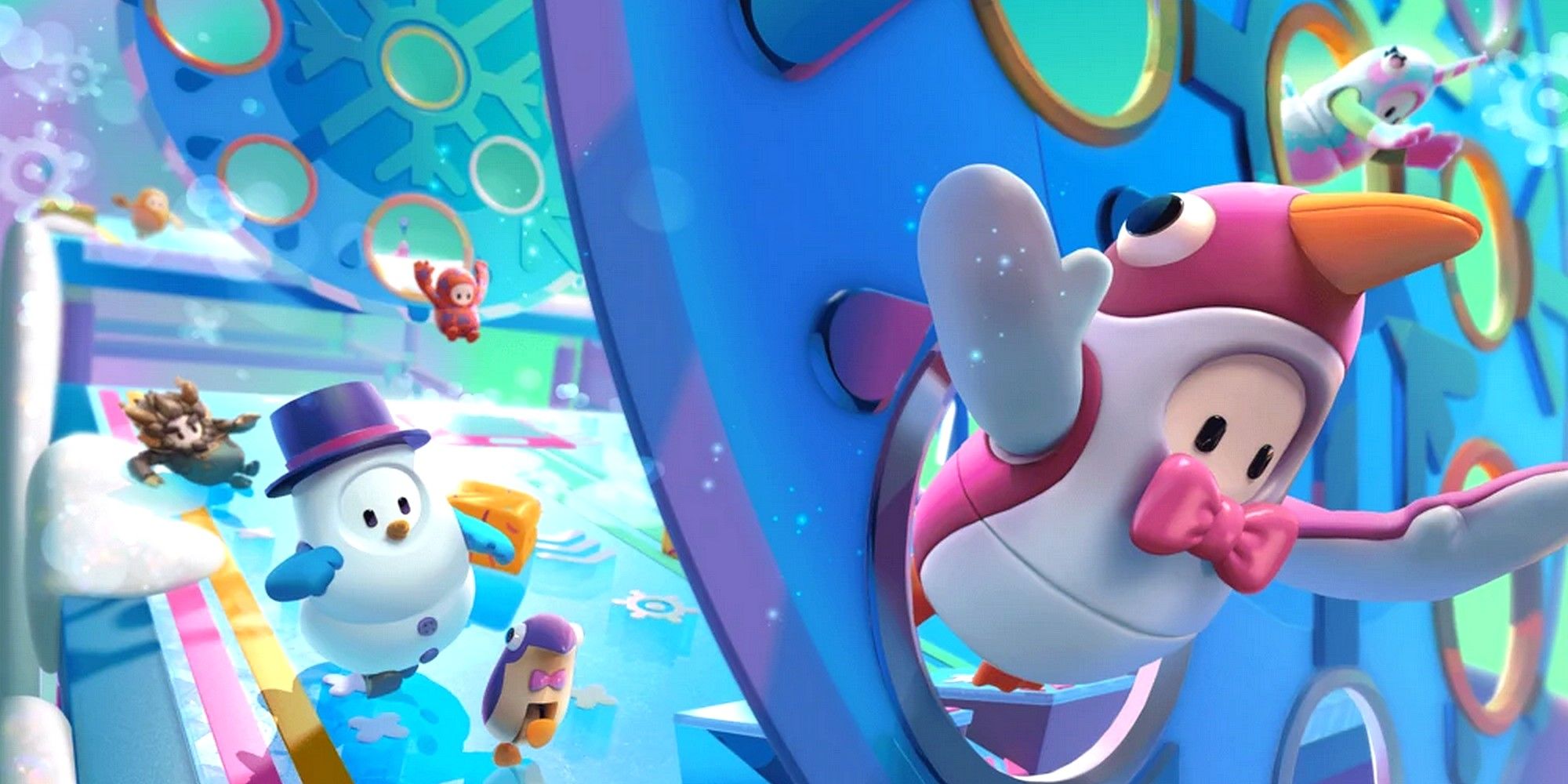 How does skee ball with your bean buddy as the ball sound? Beat feet and dive through spinning targets to score points, and the tighter the squeeze the more points you will score.

If by luck or determination, you manage to dive through three gold rings in row, then you could technically qualify for the next round in under half a minute, but it’s never that easy. The other beans will bump and bounce you around, so what looks like a sure shot may end up a gutterball. In Ski Fall, a bit of patience and well-timed running will help you lead the pack — that and lots of diving. 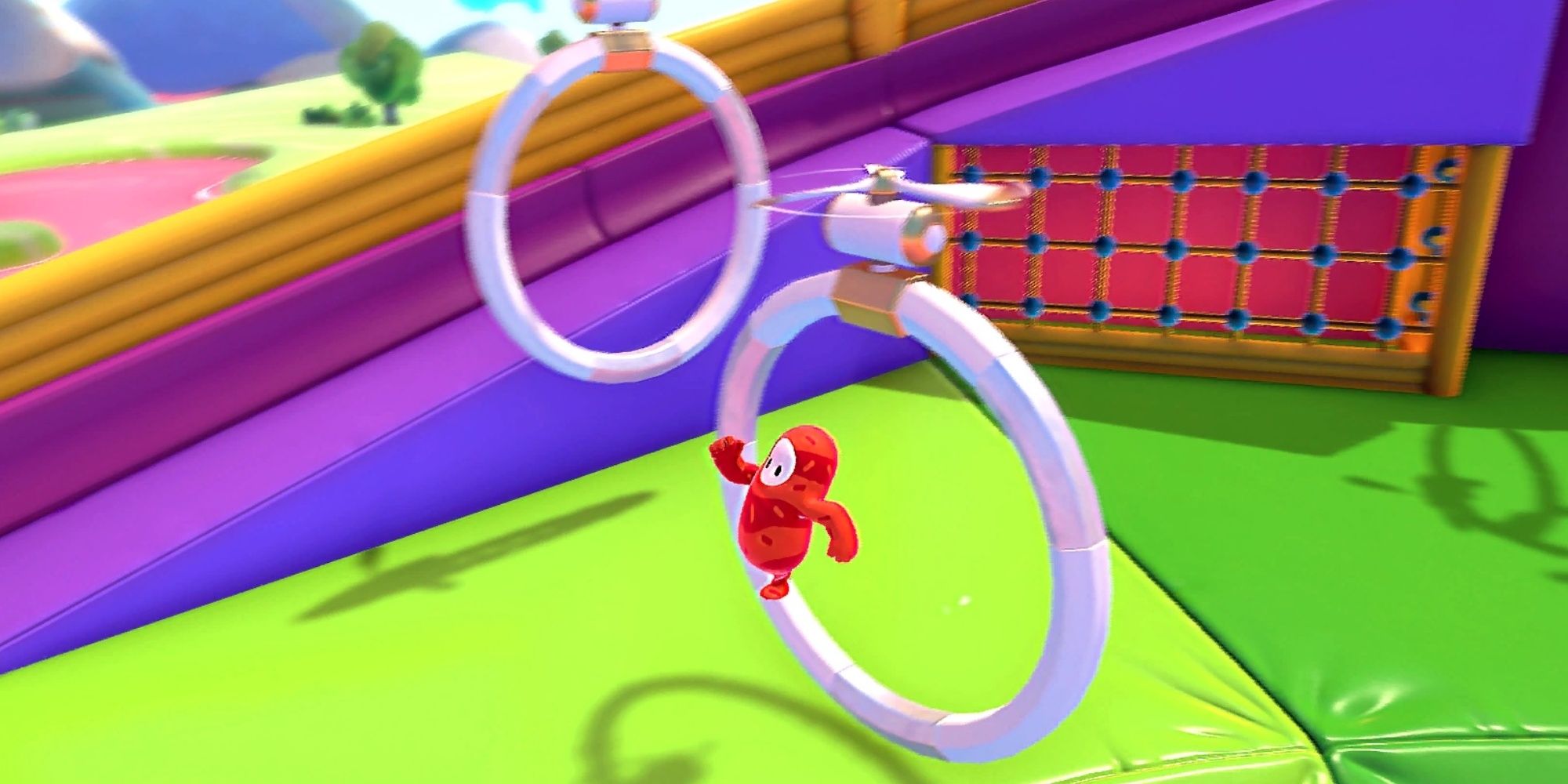 Hoopsie Legends is not quite the basketball match that the name promises. Instead, this hoop-hopping legend is more like high jump or gymnastics. Giant hoops will spawn and move randomly across a trap-filled arena and your bean will have to climb steps and bravely bounce through six hoops to win.

That is unless you manage to sink one of the rare gold hoops, which will net you a generous five points and a chance at that gold medal. If a golden hoop spawns, and you can’t score it, then maybe be a little impish and give your opponents a hard time reaching it. 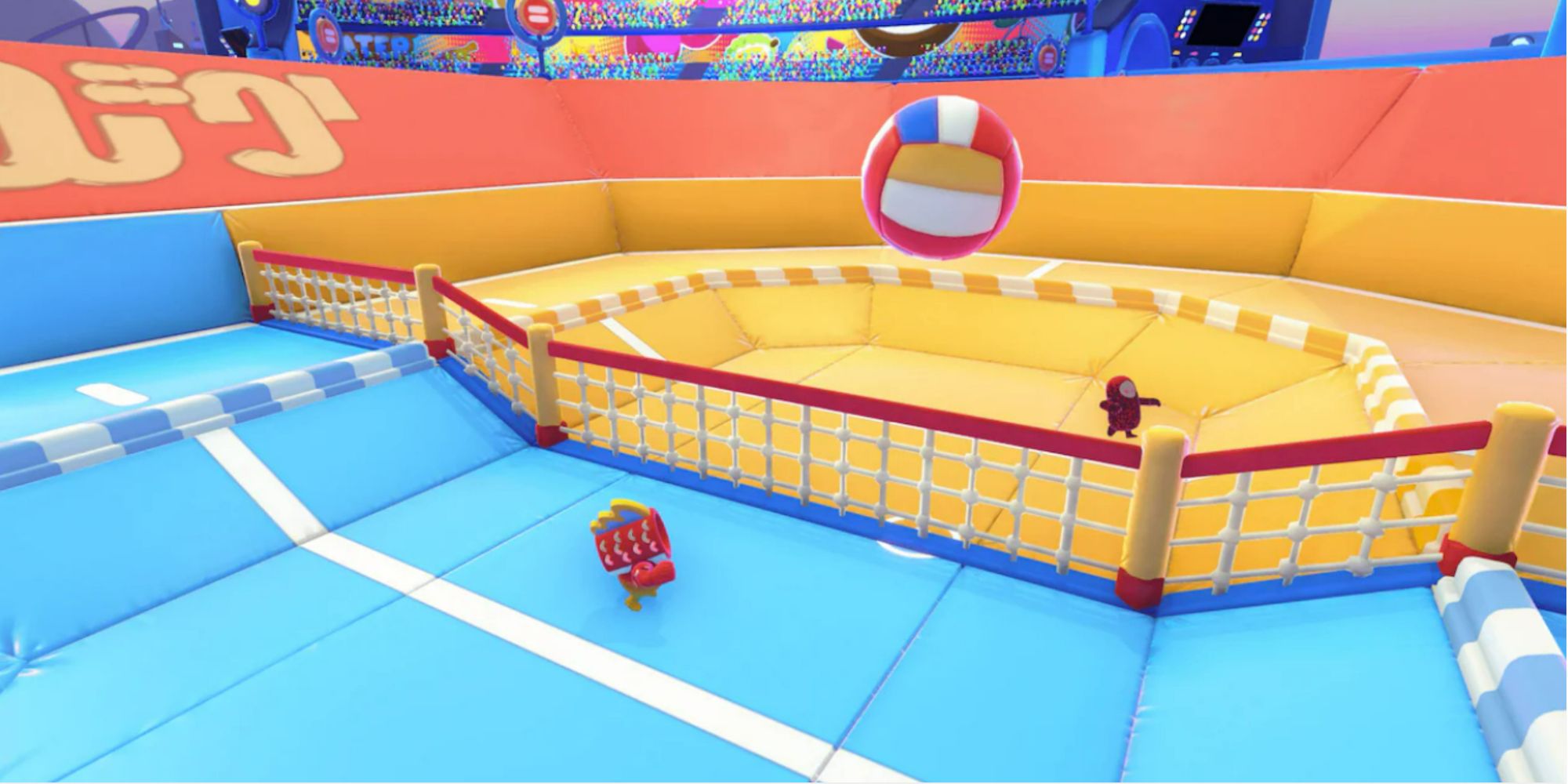 Volleyball is a little easier when you’re not a stumbling, bumbling little Fall Guys bean. Thankfully, the ball is bigger than your character is and there are not so many rules either. There’s no setting nor serving or spiking, just knock the ball over the net, block incoming fire, and hope the opposing team flails and fails to knock it back.

Usually, it will be a one-versus-one face-off, but Volley Fall can also be played in duos or as a squad. However, don’t think it’s easier in a group: in squads matches, there are two balls in play — twice the chaos. 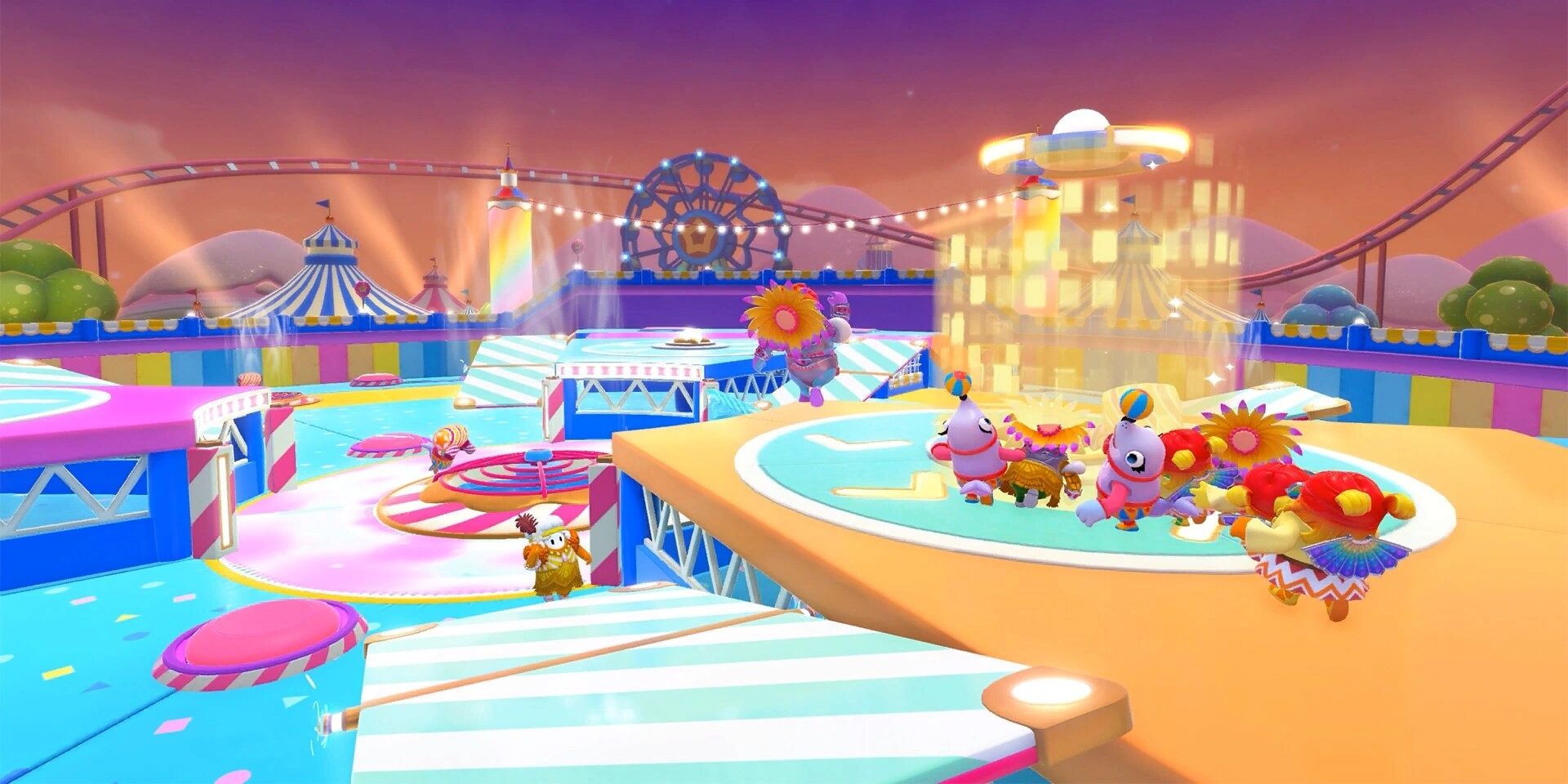 Similar to the Airtime hunt round, Leading Light requires you to keep your jelly bean within the glowing zone to score points. The difference between them is that this zone is something like the tracker beam of a wandering UFO, so keeping inside the spotlight will need both running and planning. If you want to outrun your opponents, a little forward-thinking and re-positioning can give you an edge. Sometimes it’s better to run ahead to where the light will move to in the future and then again, sometimes it’s better to chase after the light like a hungry chicken to spilled grain. Choose wisely. 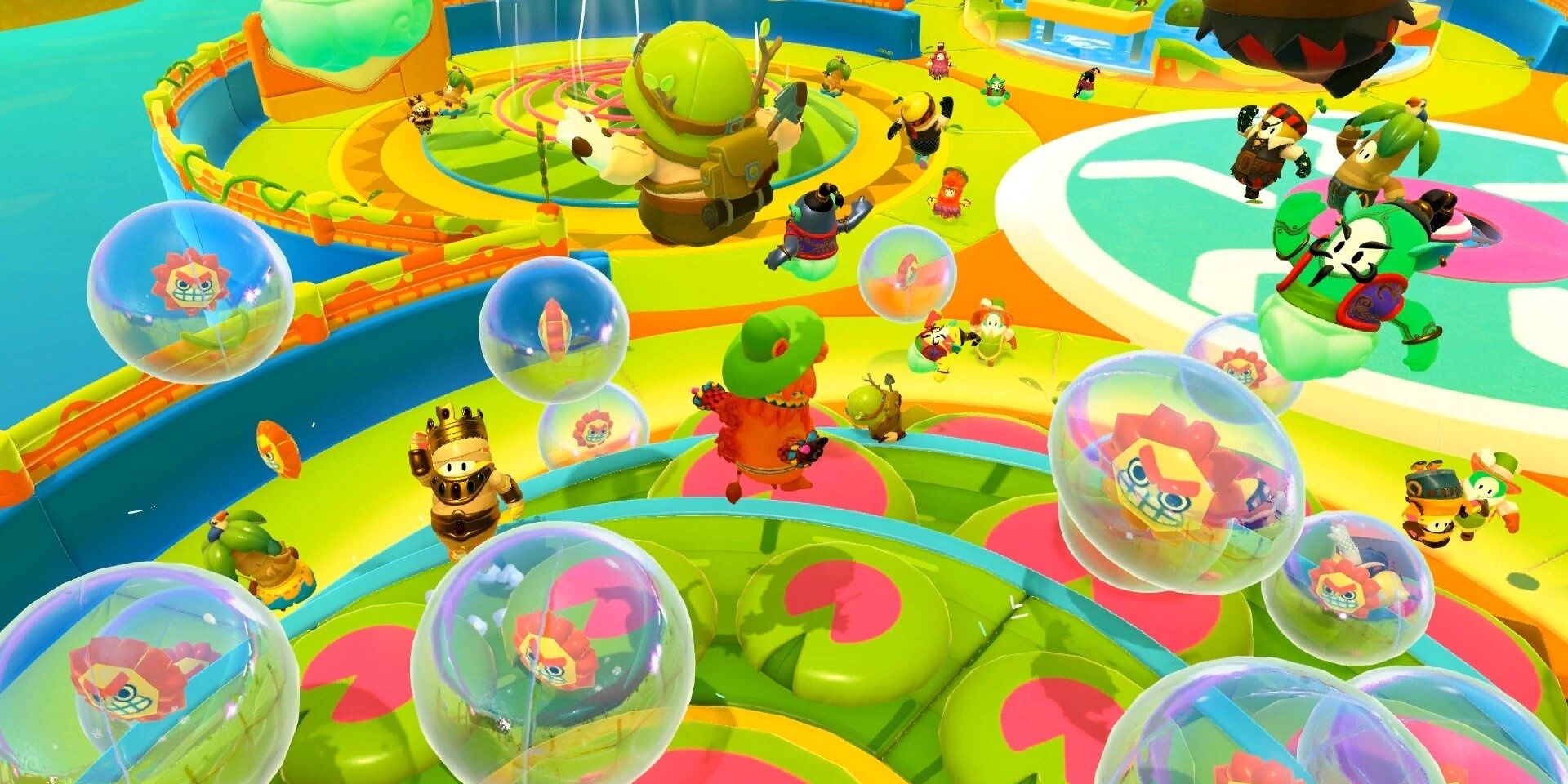 Pop a bubble, score a point. Simple. Pop a gold bubble, score many points. Not so simple. In Bubble Trouble, the five-zoned arena will spawn bubbles in two zones at a time.

You can tell which zones are active by the glow. Use the spinning plate in the center to switch between zones and be warned, the log and fan zones are a nightmare. If instead you want to show off your skills, chase the gold bubbles. The gold bubbles spawn in the same place every match, with one in each zone. With a little practice and memorizing, anyone can be a professional bubble-popper. 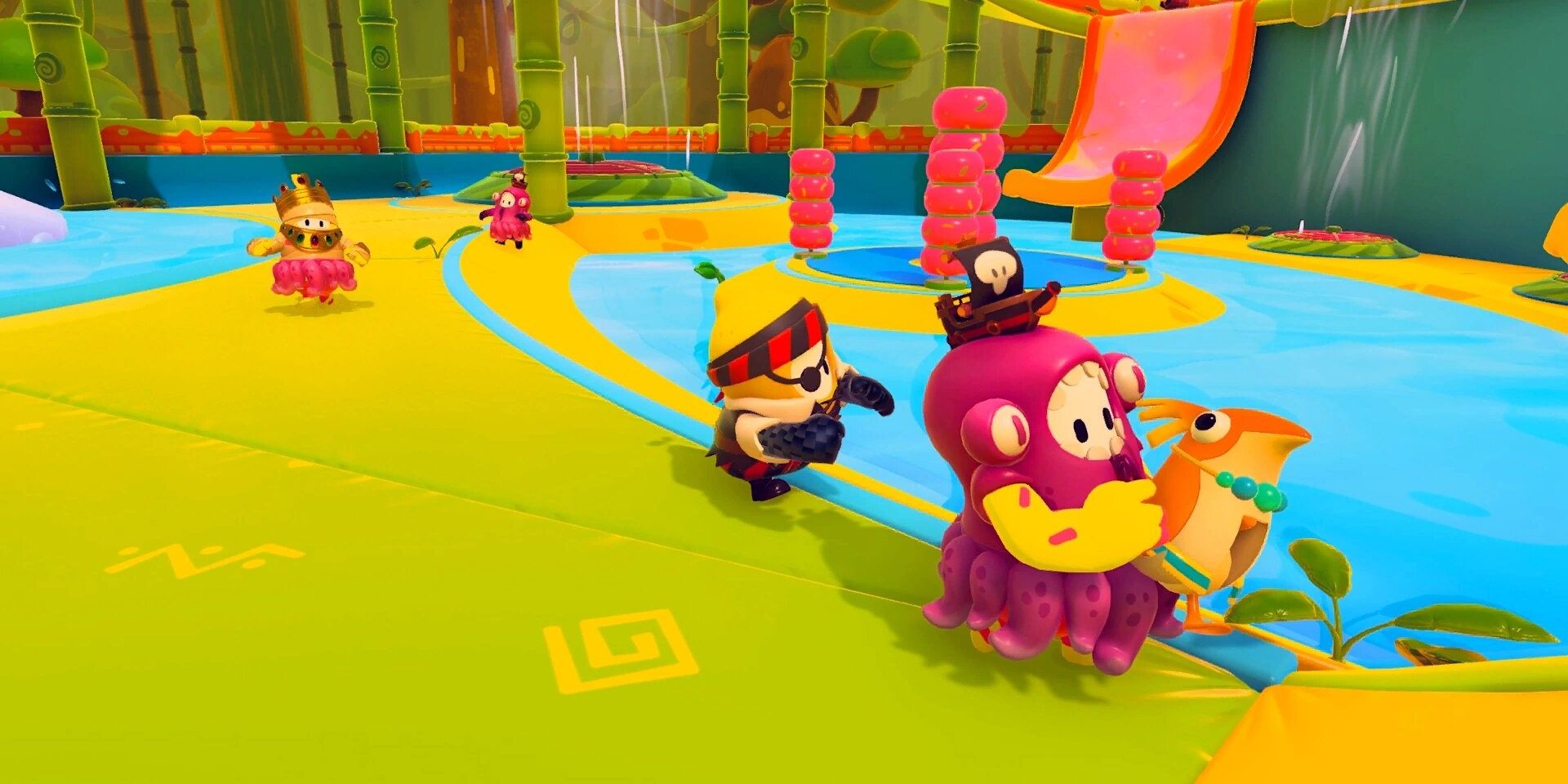 Grab hold of one of the goggle-eyed orange penguins or “pegwins” and hold it tight while the other players chase you. The longer you manage to hoard these rock-hopper pegwins, the more points you’ll score. Running and hiding are this hunt round’s most valued skills and if you manage to shake the crowd, you’ll make it to the next round for sure.

But if you lose out on that first rush for the pegwins, then capturing will need certain skills. Penguin Pool Party is a true test of survival, and you will have to try higher ground, avoid crowds, and chase down loners to get your hands on one of those precious pegwins. 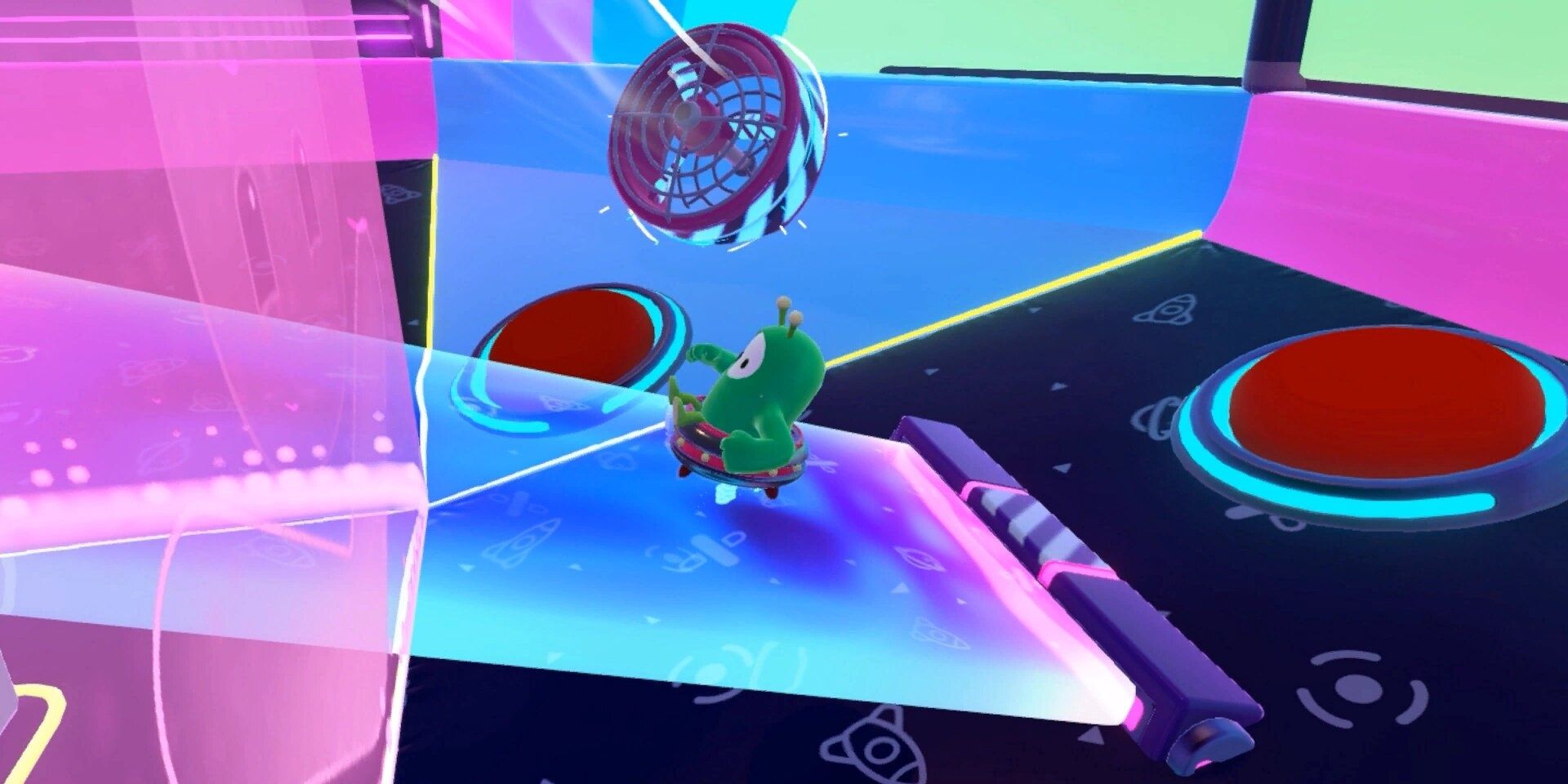 In Button Bashers, buttons light up, and the first one to press it scores a point. It’s great fun as long as you don’t trip up and watch your opponent steal a point from under your nose — like whack-a-mole crossed with a running race. The buttons light up randomly, so there’s no time for predictions. The champion can fall from grace in seconds or even better, the underdog can make a comeback with a little luck and a dash of skill.

Knowing how to use the fans, low gravity zones and when to let your opponent press the button will improve your chances. Just pray that you don’t get grabbed when you run for the winning point.