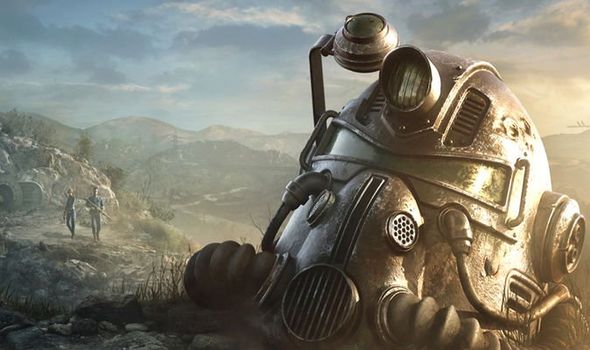 Fallout 76 gets a huge new update today, as well as some downtime server maintenance on PS4, Xbox One and PC.

Weighing in at around 6GB on consoles, the Fallout 76 Patch 8 adds new Wild Appalachia content to the online multiplayer game.

This includes a brand new questline, balance changes and the usual array of bug fixes, as well as new features like item renaming and an in-game news feed.

The news was confirmed in a new post on Twitter: “Patch 8 arrives today, bringing a host of new Wild Appalachia content to Fallout 76, including a new questline, features, balance adjustments, and a ton of bug fixes.”

According to the patch notes – a selection of which can be seen below – the update makes a ton of changes to the Survival beta.

The update is also accompanied by some offline server downtime. There’s no word on how long the servers will be down for, although Express Online will update this piece when there’s more information.

Check out the Fallout 76 patch notes below…

• The Lying Lowe questline is now available! Begin your investigation into this mysterious case by finding and reading one of the “Sheepsquatch Ate My Brother” posters in Lewisburg or at Train Stations around Appalachia.

• “Sheepsquatch Ate My Brother” posters are also available for free in the Atomic Shop until 9:00 a.m. EDT on May 7. Once claimed, you can place the poster in your C.A.M.P. and read it to start the quest.

• Death Mechanics: The amount of Aid dropped on death has been significantly reduced.

• Death Mechanics: The number of Caps lost when killed by another player has been reduced from double to 25% of that character’s level.

• For example, A level 60 character who is killed in Survival will now lose 15 Caps, rather than 120. The killer in this case will earn 15 Caps.

• Scoreboards: Map highlights for the top 3 ranked players are now based on the Players Killed Scoreboard rather than Longest Life.

• Temporary Invulnerability: In a recent hotfix, we addressed an issue that could prevent the temporary invulnerability effect from being applied correctly to players after Fast Traveling or Respawning.

• A Vendor from each faction except the Enclave can now be found downstairs in the shops at The Whitespring Resort.

• This should help reduce the need to Fast Travel in order to visit multiple Vendor Factions when buying and selling items.

• The pool of 200 Caps that was previously allocated to each Vendor Faction has been merged into one combined pool of 1,400 Caps that is shared across all Factions.

• This means that buying items from, or selling items to, a Vendor will update the pool of available Caps across all Vendor Factions.

• This change should offer more flexibility when buying and selling higher-priced items, or when attempting to trade many items at once.

• Player-built Turrets are now affected by player PvP damage rules, which feature damage scaling, as well as an increase in base damage for all types of Turrets, ranging from +15% to +100% damage depending the Turret.

• The Shotgun Turret’s projectile spread has been reduced to better match the Combat Shotgun.

• These changes should help Turrets in C.A.M.P.s and Workshops pose a bigger and more consistent threat against attackers.

• C.A.M.P.: The chance to acquire milk from a Brahmin spawned at a player’s C.A.M.P. has been reduced by half.

• Challenges: Consume Alcohol Challenges have had their requirements reduced from 50 and 25 beverages to 20 and 10.

• Challenges: Craft Alcohol Challenges have had their requirements reduced from 50 and 25 beverages to 20 and 10.

• Food: The rate at which Food spoils is now more consistent.

• Items: Resources that glowing creatures drop as loot in nuke zones, such as Glowing Mass and Hardened Mass, are now instanced for all players who deal damage to those creatures.

• Items: Equipping Armor with Cryogenic or Incendiary Legendary Mods no longer causes the wearer to become hostile toward attacking players in Adventure Mode prior to returning fire.

• V.A.T.S.: No longer targets friendly or neutral players or creatures.

• Upon logging in, a new screen will automatically display to notify you of the new Fallout 76 announcements, Atomic Shop offers, patch notes, and the latest game-related news.

• The top of the news screen will display four different items. You can cycle through them by pressing d-pad right and left on controllers, or by clicking on PC.

• A “More Info” option will appear along the bottom edge of the screen when viewing some news items. Selecting this may take you to a related article on Fallout.com or into the Atomic Shop.

• The news screen can be dismissed by selecting the “Main Menu” option to view the game’s Main Menu.

• Once closed, the news screen can be re-opened at any time from the Main Menu by selecting the “News” option that has been added to the bottom-center of the screen.

• Add a personal touch to a wide variety of items by giving them custom names.

• Items that can be renamed include: Apparel, Armor, Weapons, Power Armor Chassis, and Power Armor pieces you own.

• Weapons that stack, like Throwing Knives or Grenades cannot be renamed.

• To rename an item, select it in your Inventory, Stash, or a Workbench, and choose the “Inspect” option. Then, select the “Rename” option to enter and save a custom name for that item.

• Items can be renamed as many times as you like.

• A custom name will only appear to the player who originally renamed that item, and the item will return to its default name when traded, sold, or dropped.