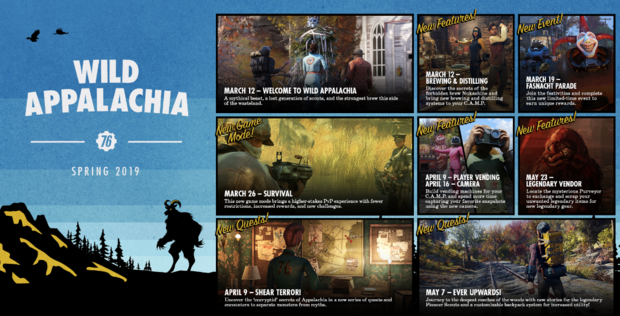 The news follows some recent comments by executive producer Todd Howard (via USGamer) who was discussing some future content coming as part of the games Wild Appalachia update.

Specifically, Bethesda is looking into fixing the problem of unwanted legendary loot, which it will do so by added a new Legendary Vendor.

“We know the loop of getting legendaries, and people wanting the better legendaries and [then] getting the one they want. We’re solving that loop.”

Howard went on to explained that the new Legendary Vendor will offer tokens in exchange for players unwanted legendaries.

Tokens can then be used to “somewhat customize and roll for the legendary that you want.”

We’re certain to get more details in the weeks ahead, after all, the legendary vendor update isn’t coming until late May.

Before that though, we should see the addition of a new series of quests on April 9th (Shear Terror), Player Vending Machines and a new camera feature.