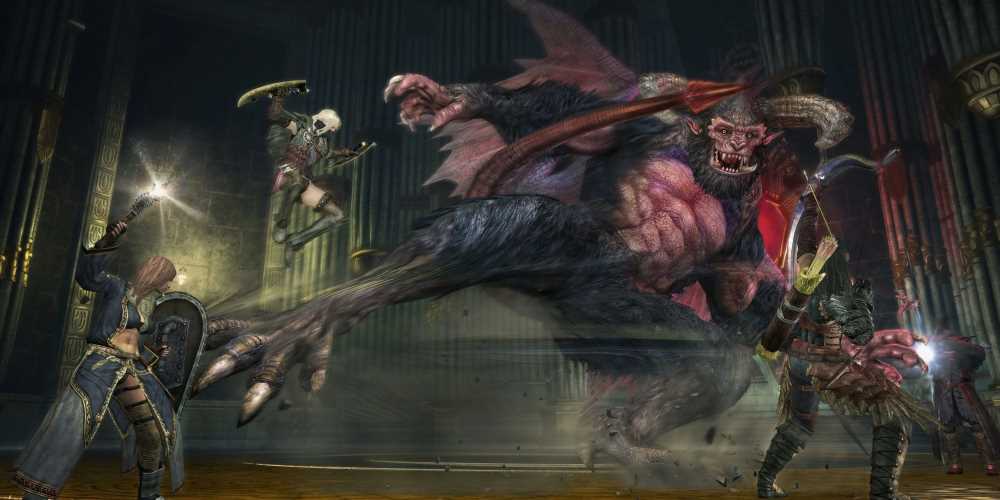 A team of modders is looking to bring back Dragon's Dogma Online in private servers after Capcom pulled the plug back in 2019. And for the first time, the game is even available to Western audiences with an English translation.

Dragon's Dogma Online was never released overseas despite the original Dragon's Dogma being at least popular enough to chart in the West. This was before Capcom decided to go all-in on global PC gaming, which might have helped the franchise's longevity. Dragon's Dogma Online did relatively well in Japan, racking up over a million downloads in the first 10 days of its 2015 release, but four years later, Capcom decided it was too "difficult to continuously provide satisfactory service," so they called it quits and shut the servers down.

As noted by Games Radar, the group has a Discord channel where players can download the Dragon's Dogma Online client and play the game on private servers. The group isn't accepting donations and admits there's no plan or roadmap. "Project could take years to finish," the group admits, with warnings of bugs and unfinished features and multiplayer with "bare minimum of functionality."

But it does work. You can take a look at the latest progress courtesy of YouTuber Zuhl, which showcases the game's combat and inventory management systems. There's also an English translation on the way, with plenty of text already translated.

Judging by Zuhl's videos, the group has been working on the game for the past year at least. You can head on over to the Dragon's Dogma Online Discord channel to see how the game runs and maybe even volunteer your time to help get it off the ground.