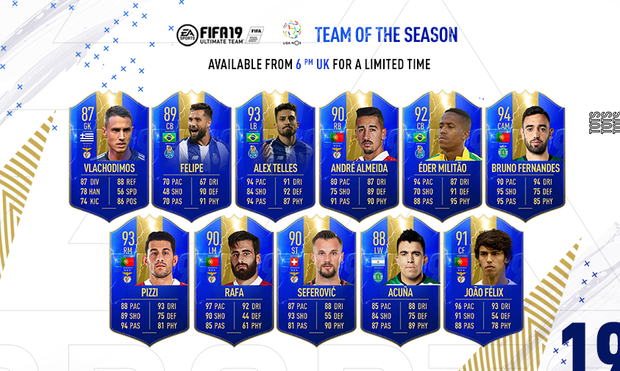 As fans of FIFA 19 will be well aware of right now, EA Sports is currently releasing – week by week – there FIFA 19 Team of the Season squads.

One by one rolling through each major league to reveal which players have performed above and beyond the rest of the league.

In a surprise 6pm Friday Reveal, EA Sports has announced a small selection of players from Portugal who’ve made the Liga Nos TOTS squad.

These players are now available in FUT gold packs.

There’s likely some extra SBC’s in the pipeline too, so stand by for more details on that in the future.

For now, follow the link if you want a look at the new FIFA 19 TOTS Bundesliga squad, which has also just been announced.