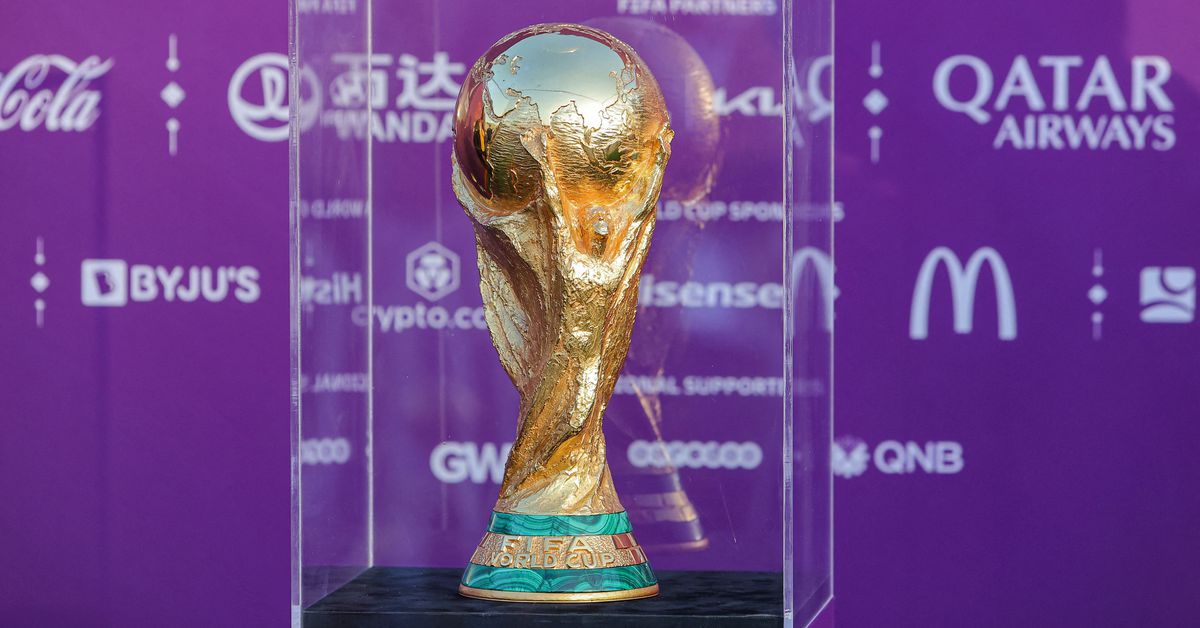 Some people might find it tough to put themselves back out there immediately after the breakup of a three-decade relationship. Not FIFA, the global governing body of soccer, which announced Tuesday an ambitious plan to produce multiple FIFA-branded video games with various developers and publishers — mere hours after its erstwhile licensing partner, Electronic Arts, announced that it was ending its relationship with FIFA.

Until now, FIFA had maintained an exclusive licensing agreement with EA for both simulation and nonsimulation titles, which meant that nobody but EA could make soccer video games with the FIFA name and logos. That deal was set to expire this year, but the parties have signed a “short-term extension,” according to FIFA, under which FIFA 23 will be the last EA game to carry FIFA branding. EA’s soccer franchise, which debuted in 1993 with FIFA International Soccer on Sega Genesis, will be retitled EA Sports FC as of July 2023.

EA Sports and FIFA are breaking up after 30 years

When it is released this fall, FIFA 23 will — for the first time — not be the only FIFA-branded soccer video game on the market, although it will remain the only FIFA-branded simulation game. The aforementioned extension between FIFA and EA “grants rights for the simulation football category only, freeing up broader gaming rights for FIFA and different gaming publishers to launch new games and more deeply immersive experiences for fans and football stakeholders,” said FIFA.

Accordingly, FIFA announced Tuesday that “a number of new non-simulation games are already under production” for release this fall, although it did not name any of the developers or publishers involved. The first of these titles will be focused on the 2022 World Cup, which will take place in Qatar from November to December. FIFA said it is also in discussions with partners for gaming projects centered around the 2023 Women’s World Cup, which will be hosted by Australia and New Zealand next summer. (Both tournaments will appear in FIFA 23 as well.)

Following the rollout of these nonsimulation games in 2022 and 2023, FIFA’s plan is to have a FIFA-branded simulation soccer game back on the market in 2024. The organization said it is “currently engaging with leading game publishers, media companies and investors” about the project. It’s worth noting that for more than a decade, EA Sports FIFA has had only one real competitor: Konami’s Pro Evolution Soccer series, which the publisher relaunched in 2021 as eFootball with disastrous results. It will be no easy task for FIFA to find a partner, or for that company to spin up a simulation soccer game from scratch within just two years — let alone for the game to come close to achieving the depth, breadth, and quality of EA’s firmly entrenched franchise.

FIFA had previously signaled that it intended to move to a system of nonexclusive licensing deals for video games and esports, saying in October 2021 that “this needs to be a space that is occupied by more than one party controlling all rights.” The organization was returning fire toward EA, which had fired the first salvo one week earlier, when EA Sports chief Cam Weber announced that the publisher was reevaluating its long-running arrangement with FIFA.

Between the releases of those two statements, the New York Times reported that the dispute between the two parties was primarily a financial one — EA paid approximately $150 million annually to FIFA for the rights, and FIFA was looking to renew the contract at more than double that amount — but also that they disagreed on the extent of the rights. FIFA wanted the freedom to explore opportunities in the gaming and esports space outside of its arrangement for EA’s video games, while EA wanted to retain control of everything FIFA-related in the world of gaming. After all, for millions of people, the FIFA name is synonymous with EA Sports as shorthand for the gaming franchise.

That will likely remain true for some time, at least, no matter what EA and FIFA do.

FIFA, for its part, included a blustery statement from its president, Gianni Infantino, in its announcement Tuesday: “I can assure you that the only authentic, real game that has the FIFA name will be the best one available for gamers and football fans. The FIFA name is the only global, original title. FIFA 23, FIFA 24, FIFA 25 and FIFA 26, and so on — the constant is the FIFA name and it will remain forever and remain THE BEST.”

And while EA Sports FC is a perfectly reasonable name for EA to choose in its rebranding effort, it’s going to be a while before the masses stop referring to the franchise as “FIFA,” especially if FIFA’s own simulation game stumbles out of the starting gate like eFootball did.