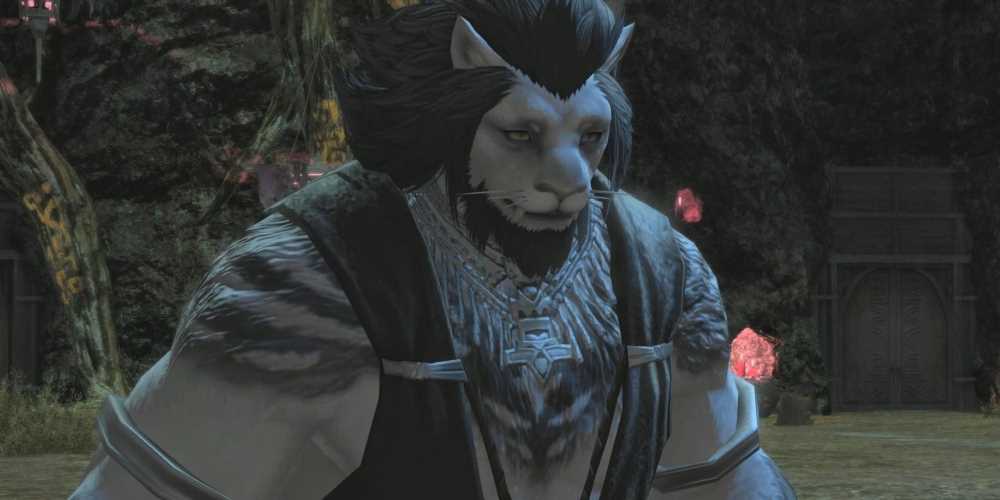 Final Fantasy 14's unique fantasy races have received a lot of love from its large community of players. From the cat-inspired Miquo'te to the draconic Au Ra, the races of Eorzea and beyond each have excellent designs and interesting lore associated with them. One of them is the Hrothgar, the lion-inspired race that was first introduced in the Shadowbringers expansion.

Although all the other races in the game now offer the option to play as a male or female, including the recently added male Viera, this selection is currently conspicuously absent for the Hrothgar race, which has led many players to ask: do female Hrothgar even exist, and will we ever get the chance to play as them? 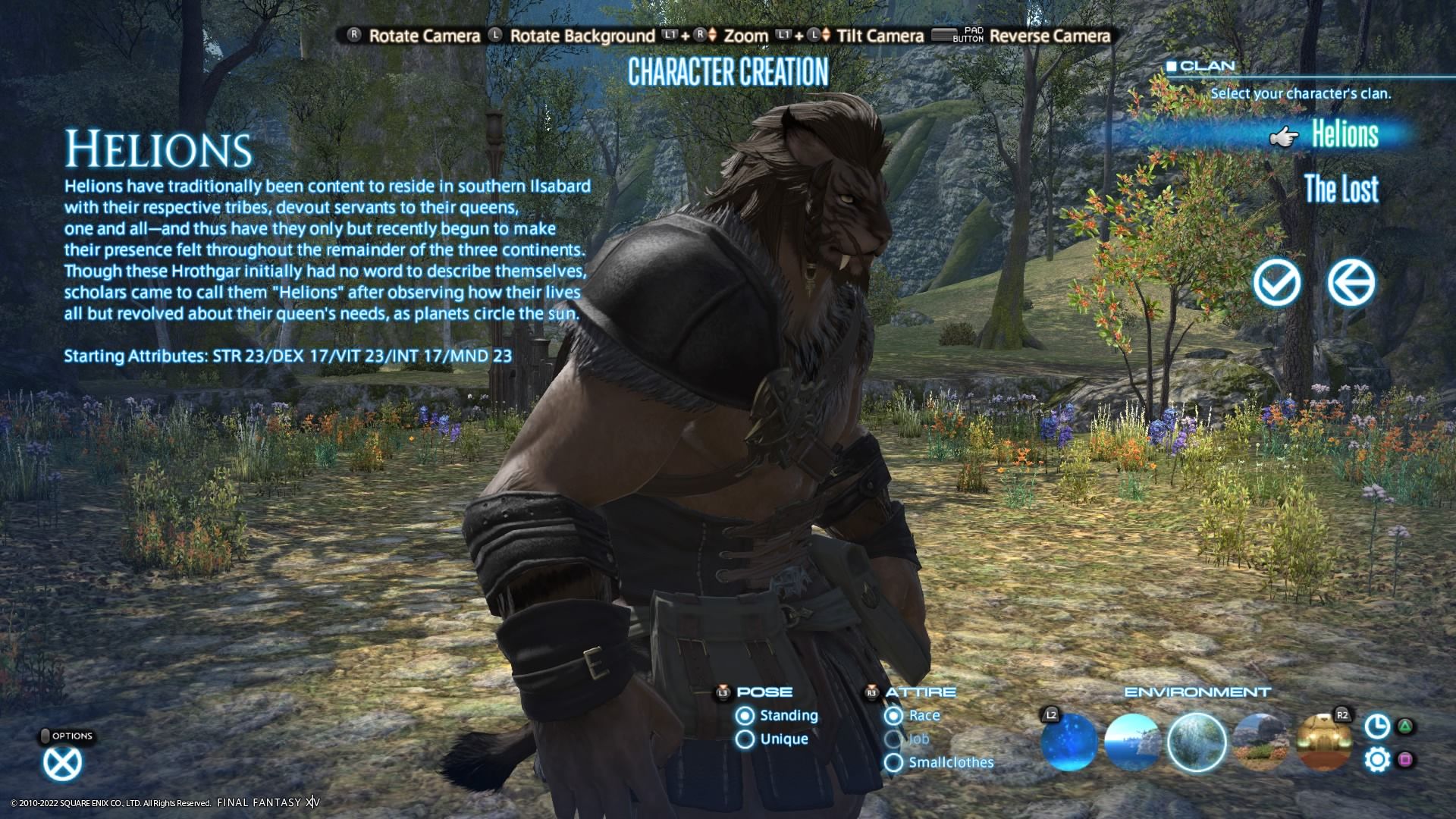 The canon answer to this question is supported by the in-game text for the Hrothgar within the character creator menu, in both the broad description of the Hrothgar and the distinction between the two sub-types of Hrothgar: Helions and The Lost.

In the broad description of Hrothgar, one particular sentence seems to describe the canon reasoning behind the current absence of female Hrothgar: "Females number staggeringly few among their population, and thus are rarely so much as glimpsed by the other races."

In addition, this imbalance is remarked upon in the description of the Helions, who are described as Hrothgar who have dedicated themselves to serving their 'queen.' Assuming that the Hrothgar label their monarchies in the same way as we do in human society, this line may suggest that the queens the Helions serve are these aforementioned few females of the race.

Furthermore, the other type of Hrothgar – The Lost – is identified by their lack of a queen to follow. It's therefore clear that Hrothgar have a kind of matriarchal societal structure, meaning that they definitely exist in the canon of Final Fantasy 14.

These female Hrothgar are occasionally alluded to in the dialogue of side quests given by Hrothgar NPCs, but so far, none have been spotted in the game. The reason for this is simple and actually has little to do with canon: female Hrothgar remain on the long list of planned content – it's something that the developers intend to add but haven't gotten around to just yet. 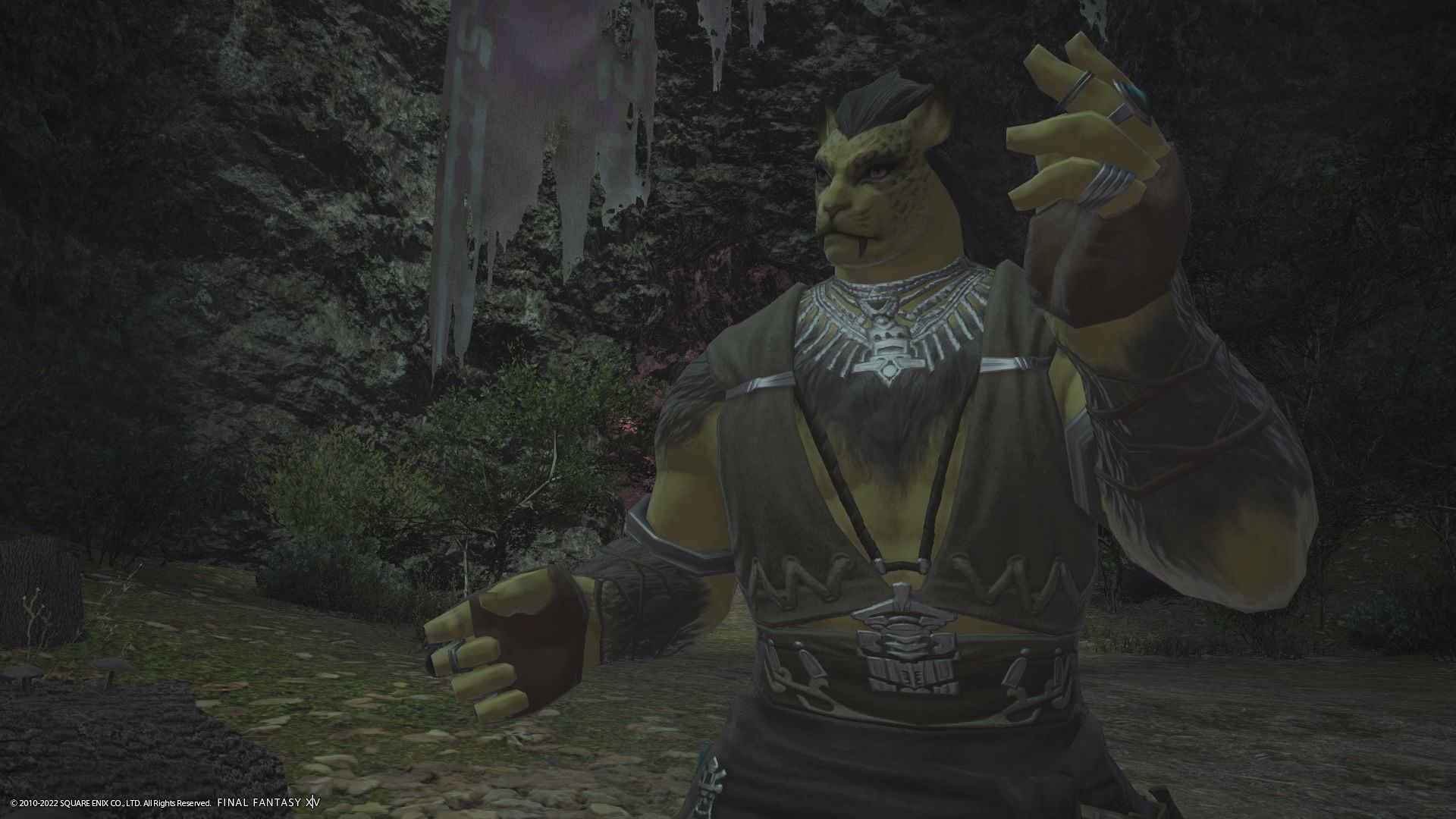 After the initial inclusion of male Hrothgar and female Viera in the Shadowbringers expansion, players immediately demanded their female and male counterparts, respectively. These requests were noted, and not long after, the development team confirmed that there were plans to add these options to the character creator in the game's ongoing patches.

Male Viera were eventually added in the 6.0 patch that coincided with the release of the Endwalker expansion, leaving many fans to speculate on when female Hrothgar would be added to the game as a playable option.

The most recent update on this was in a live letter broadcast, where it was relayed that development on the female Hrothgar was progressing, but there was still no specific time frame to announce regarding their implementation.

It seems players will have to wait a little longer before they can experience the female Hrothgar, which may add additional context to the lore surrounding them. For now, we can rest safe in the knowledge that they're out there, and they'll be arriving in Eorzea eventually. Hopefully, they'll be able to wear hats.