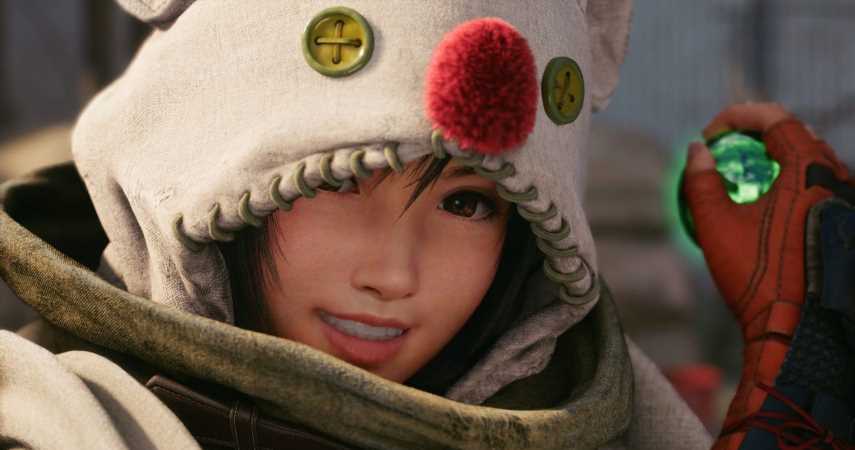 Final Fantasy 7 Remake Intergrade’s file size is more than 80 GB and could be even bigger on day one depending on the finer details.

The PS5 has fancy tech that allows it to compress file sizes. That means despite a game looking and playing better than the same one released on PS4, it might actually take up less room on your SSD. That will be the case with Final Fantasy 7 Remake. The release of Intergrade marks its arrival on PS5 later this week along with an all-new episode, INTERmission.

Intergrade’s file size hasn’t dropped by much, though. According to PlayStation Game Size, Intergrade’s file size will be 81.338 GB. That’s almost 5 GB smaller than the original game on PS4. Not much, but any free space on the console’s SSD is not to be sniffed out right now. File sizes keep getting bigger and even though PS5 games can now be stored on an external hard drive, they cannot be played unless they are saved to the console’s SSD.

The problem here is, with three days to go until release, it remains unclear what exactly that file size is made up of. Square Enix is yet to reveal whether Intergrade will receive a day one patch, which seems likely. It is also yet to reveal whether that 81 GB file size also includes INTERmission. Most signs point to it being a separate download, even if you buy a physical copy, which could mean it isn’t a part of the 81 GB already set aside.

While we might not know what the initial file size includes, we do know when you’ll be able to preload and eventually play Intergrade. Although the game won’t officially be here until June 10, you’ll be able to preload it from June 8 so it’s ready to go the minute it’s released. You can also upload your PS4 save to the cloud right now ready to download whenever you get the PS5 upgrade. A reminder that the upgrade is free if you bought the game on PS4, but not if you claimed it as a PS Plus freebie.