Mobile games continued to thrive in 2020, with five title pulling in over $1 billion in revenue. These include the popular battle royale, PUBG Mobile, and the long-running Pokemon Go.

PUBG Mobile took the top spot with $2.6 billion, with Pokemon Go actually landing in third, beat out by Honor of Kings – a MOBA game from Tencent. The last two games to break the $1 billion threshold were Coin Master and Roblox, each with a cool $1.1 billion. PUBG Mobile is the only game to include revenue from China – thanks to its localization, Game for Peace – likely accounting for it’s massive lead over the competition.

Compared to last year, PUBG Mobile has seen its revenue grow by more than 64%. Honor of Kings saw similar growth at just under 43%, but it’s clear that PUBG Mobile is far and away the king of mobile gaming.

Despite gains of nearly 32% compared to last year, Pokemon Go wasn’t able to outpace the competition. Still, 2020 was a surprisingly good year for Pokemon Go, as Niantic found ways to work around the global lockdown and keep players engaged while stuck indoors. 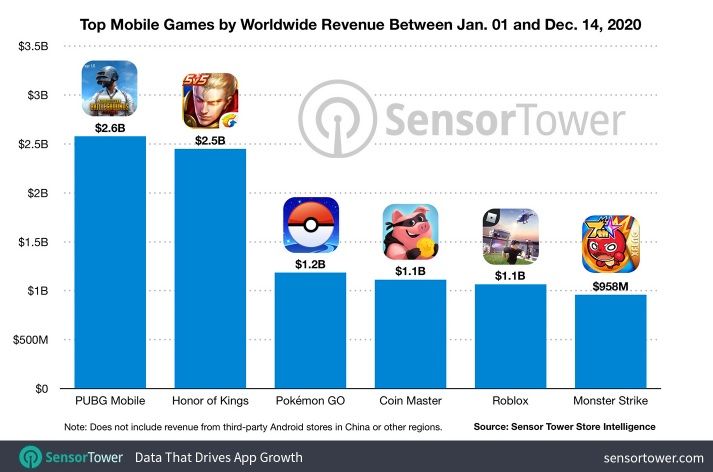 Monster Strike just missed out on joining the $1 billion club, raking in $958 million over the course of the year. Sensor Tower’s report said it’s been a “global top-five grossing game since at least 2014, and is one of the world’s most lucrative mobile titles of all time.”

The entire mobile games market has created $75.4 billion in revenue this year, nearly 20% more than it did in 2019. Analysts at Sensor Tower don’t expect this pace to keep up in 2021, but they do think several games will still cross that $1 billion mark. As we crawl out of this cursed year and – hopefully – come out of lockdown, interest in mobile games is expected to wane, leading to a less profitable – but much more enjoyable – 2021.

If you’re interested in the full report, be sure to head over to Sensor Tower and give it a glance.

NEXT: Shinji Mikami Open To Directing Another Game As Long As He Has Complete Creative Control 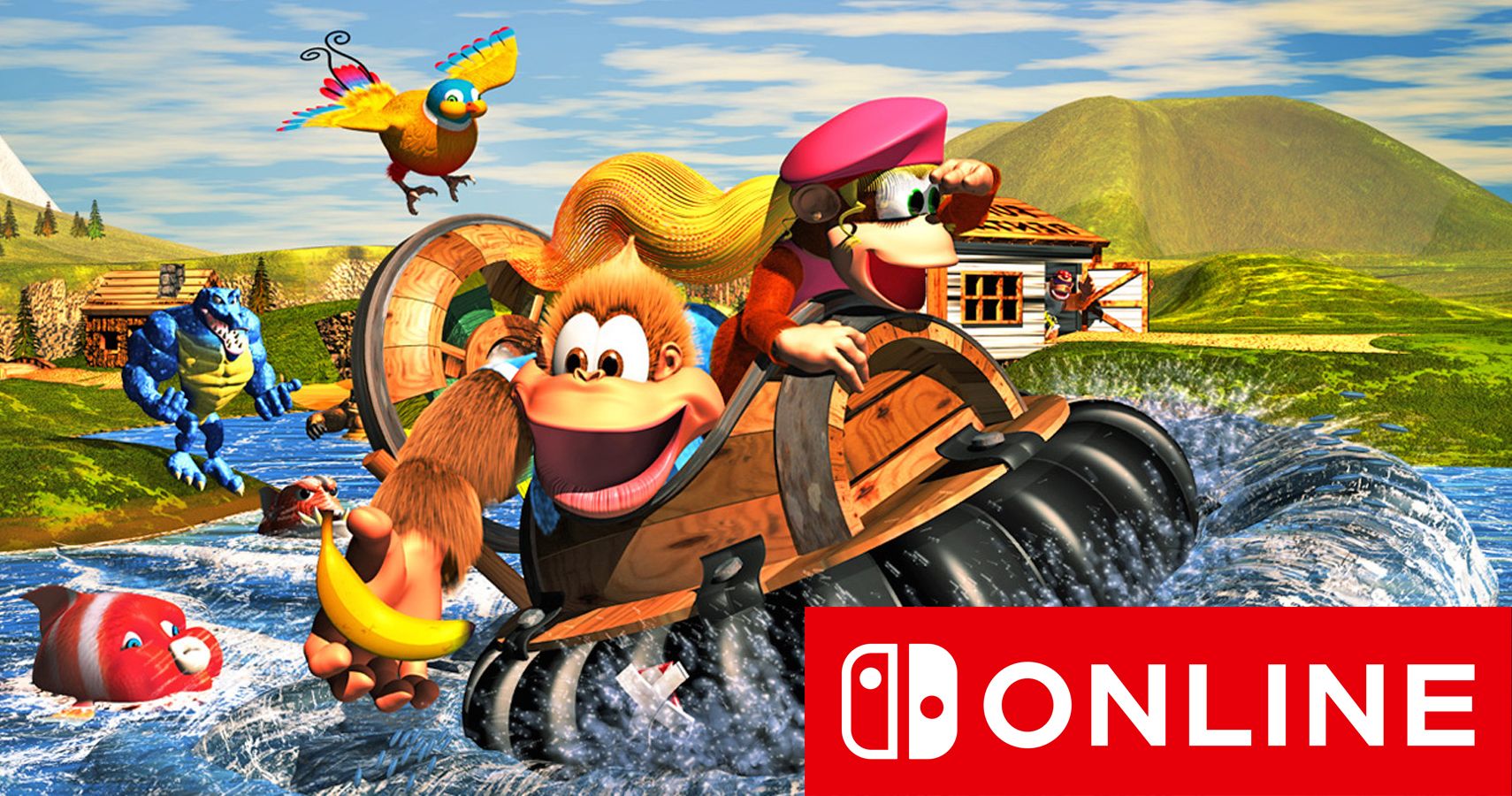