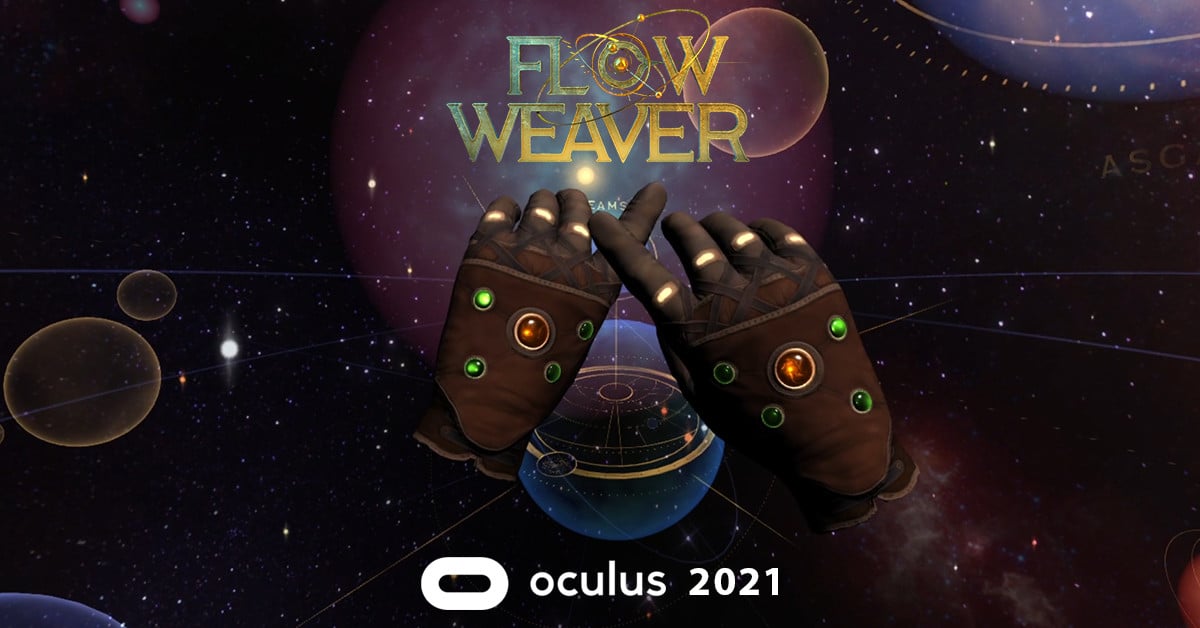 The title touches down on March 11th and is now available to wishlist in the coming soon section of the Quest Store. In Flow Weaver, players awaken to find themselves trapped in an unknown dimension, and must use their powers to move between other realities and find a means of escape. It’s essentially a VR escape room, requiring players to learn new spells to solve puzzles and access new dimensions. Check it out in the trailer below.

We’re definitely reminded of Aldin Dynamics’ Waltz of the Wizard watching the trailer, but Flow Weaver definitely has a more puzzle-driven vibe. The game’s intended to be a seated experience so users can play for extended sessions. Borderlands 3’s Ciarán Strange voices the main character.

Earlier this month Flow Weaver’s developers even debuted a tabletop RPG set in the same world as the game. You can download a free PDF to try it out for yourself right here.

Currently the game’s planned for launch exclusively on Oculus headsets. That said, there is also a SteamVR listing that only lists compatibility with Oculus headsets, but it should be possible to experience the game with other devices there. The developers haven’t made any mention of a possible PSVR version.

As for Quest this week? Later today sees the launch of narrative storybook adventure, Luna, and long-anticipated rock climbing sequel, The Climb 2. Later on this month will also see the launch of VR horror game, Cosmodread. March is shaping up to be a pretty good month for the standalone headset, then. What are you going to be picking up? Let us know in the comments below!