German electric aviation startup Lilium has announced details about its first mobility network hub in the U.S., with plans to connect Florida residents and tourists over a 185-mile radius in 2025.

The company has teamed up with real estate development company Tavistock and the City of Orlando to establish Florida as the “first advanced aerial mobility region” in the U.S., according to a statement. The first Lilium “vertiport” is to be located at Orlando’s Aerotropolis, in the planned community of Lake Nona.

While the arrival of flying taxis is still some way off, Lilium has emerged as one of the frontrunners in the burgeoning space, using electric takeoff and landing (eVTOL) aircraft to bypass expensive, space-intensive runways. The company had previously committed to commercializing its aircraft by 2025, and this latest announcement confirms that plan.

Founded in Munich in 2015, Lilium is building compact all-electric jets that take off and land vertically, with space for a driver and four passengers. Landing pads can be built in any urban environment, from rooftops to quays, and travelers will be able to book a flight through an Uber-style mobile app. Covering a range of nearly 190 miles, Lilium is setting out to build high-speed transport networks that connect cities, towns, and villages without requiring expensive infrastructure. 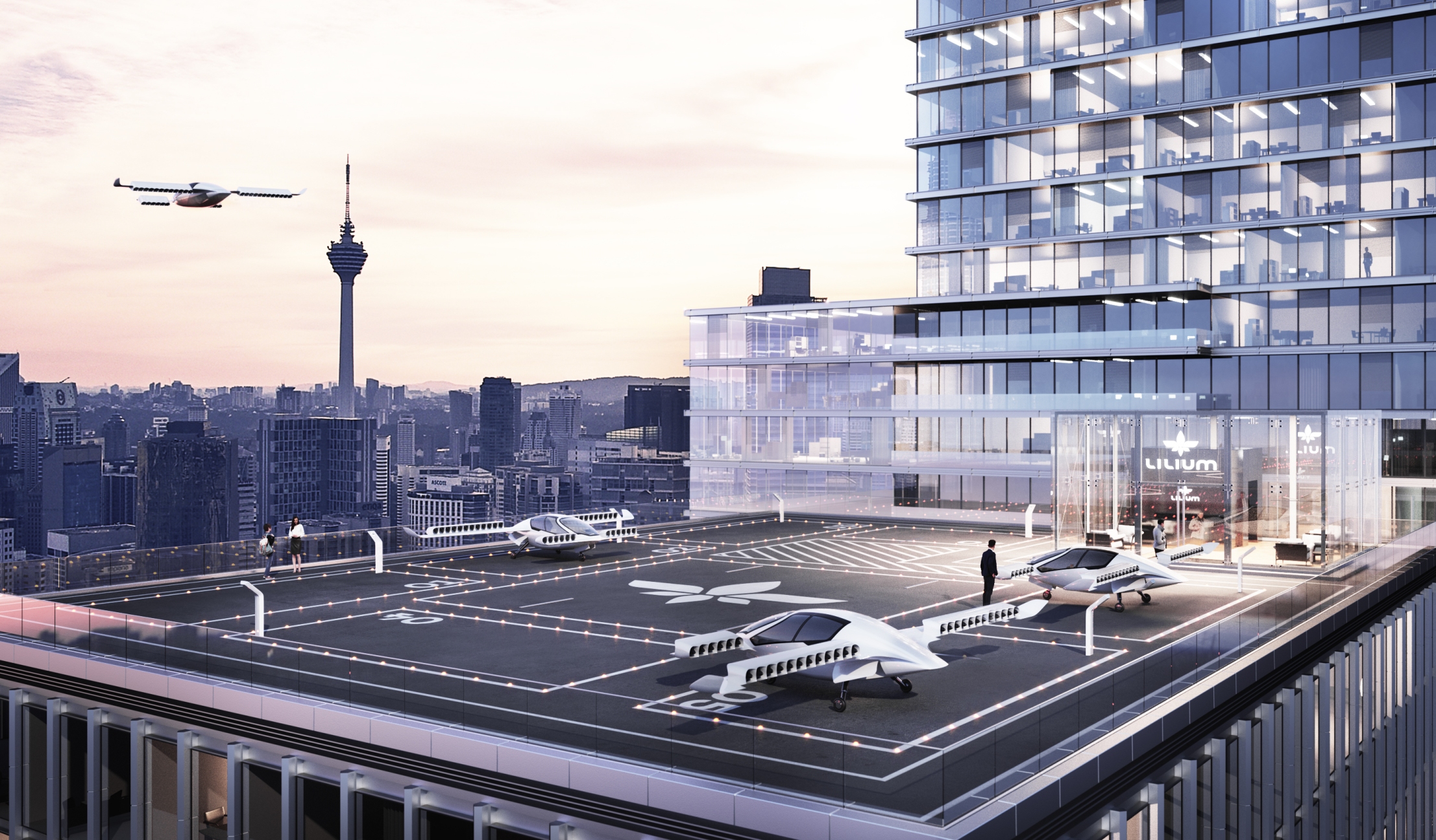 Other players in the urban air mobility realm include Volocopter, a German startup that raised $40 million earlier this year. Uber has also been inching its way into the space, with plans to introduce an air taxi service called Uber Elevate by 2023.

Lilium raised a $35 million round of funding in June, despite pandemic headwinds, taking its total funding to $375 million. This gives the five-year-old company sufficient backing to enter the “serial production” phase at its new manufacturing hub in Germany.

Lilium’s decision to launch its first vertiport at Tavistock Group-owned Lake Nona is noteworthy, as the 17-square-mile space was designed nearly a decade ago to be a futuristic “visionary community.” Moreover, its location and proximity to major cities, including Orlando and Tampa, strategically positions Lilium’s inaugural U.S. landing pads to capitalize on domestic and international travel at Orlando Airport. Miami is just inside Lilium’s maximum range — the 186-mile trip would take roughly an hour.

Above: Lilium’s first vertiport will be located in Lake Nona, a “futuristic” planned community in central Florida.

The longer-term plan is to create additional vertiports to connect Lilium’s aircraft with other key locales in the region and further afield.

Lilium hasn’t revealed where its next vertiports will be, but the company said it will develop a “variety of standardized veriport designs” that can be incorporated into transport infrastructure in urban and suburban developments.

This standardization could encourage towns and cities to join Lilium’s network, as the veriports can be largely constructed offsite to minimize disruption.