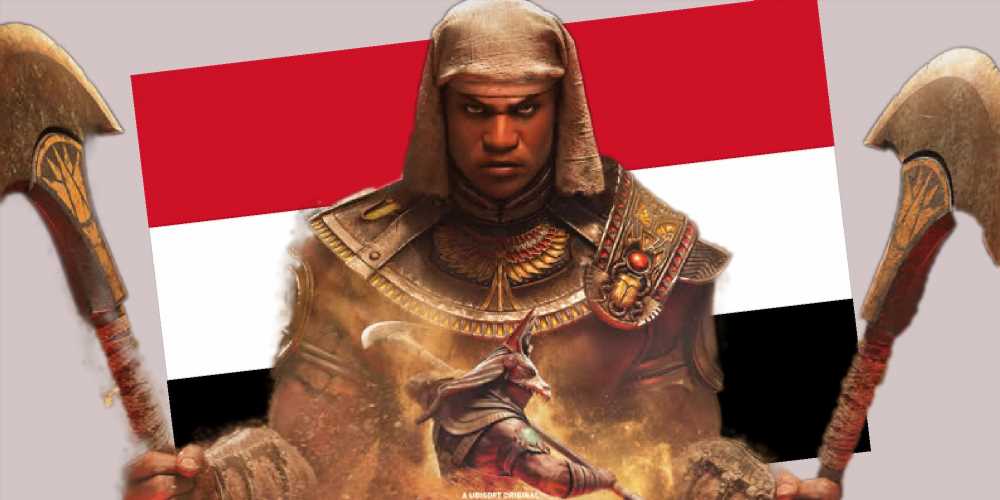 For Honor, Ubisoft's medieval action fighting game is about to welcome its first Egyptian playable character, Neferkha The Medjay. He's arriving on July 28, as an Outlander, and the last surviving descendant of the Pharaohs. For Honor recently got added to Game Pass, so if you've not given the game a go yet, now's your excuse.

Neferkha has journeyed to Heathmoor in order to retrieve the Scarab Bracelet stolen by the Viking Jarl Bolthorn. It's a cursed item that the Jarl was hoping to use to feed his people, but it instead wreaks havoc. The story of this curse has been told over the course of the latest For honor season that started June 16.

You may have heard the term Medjay before in The Mummy. Medjay is a term used to describe a nomadic group from Numbia who later migrated to Upper Egypt – ironically in the southern part of the country. It later became a catch-all for desert-ranger police.

As a Medjay, Neferkha is tasked with retrieving the stolen artifact and putting an end to the curse on Heathmoor. In this regard, he's more typical of the Medjay characters in The Mummy.

He'll do so using his double axe, a devastating two-handed weapon that can also be split into two smaller axes, making Neferkha a versatile fighter. According to Ubisoft, the Medjay can either be bought on July 28 "in a package that also includes an exclusive ornament, an Elite outfit, seven days of Champion Status, and three scavenger crates," or wait till August 11 to get him for August 11 for 15,000 Steel.

If you're wanting to pick up a copy of For honor, you may be wondering what the different versions of the game contain. Well, we've got you covered with this handy list detailing all the new additions in the Marching Fire edition.

You'll also be pleased to know that For Honor has crossplay, meaning no matter what console you get it on, you can fight with and against your friends.