For Honor is all about knowing your character and what they’re best at in order to succeed. There are several classes that can be easy to pick up but difficult to master. One of those classes is one of the first classes available right from the get-go — the Warden.

The Warden is a good class for beginners as it has a good balance of both offense and defense, and it’s overall good for playing any kind of role on the battlefield. Like anything in For Honor though, there is a lot to know when it comes to mastering the class. Here is everything you need to know about the Warden. 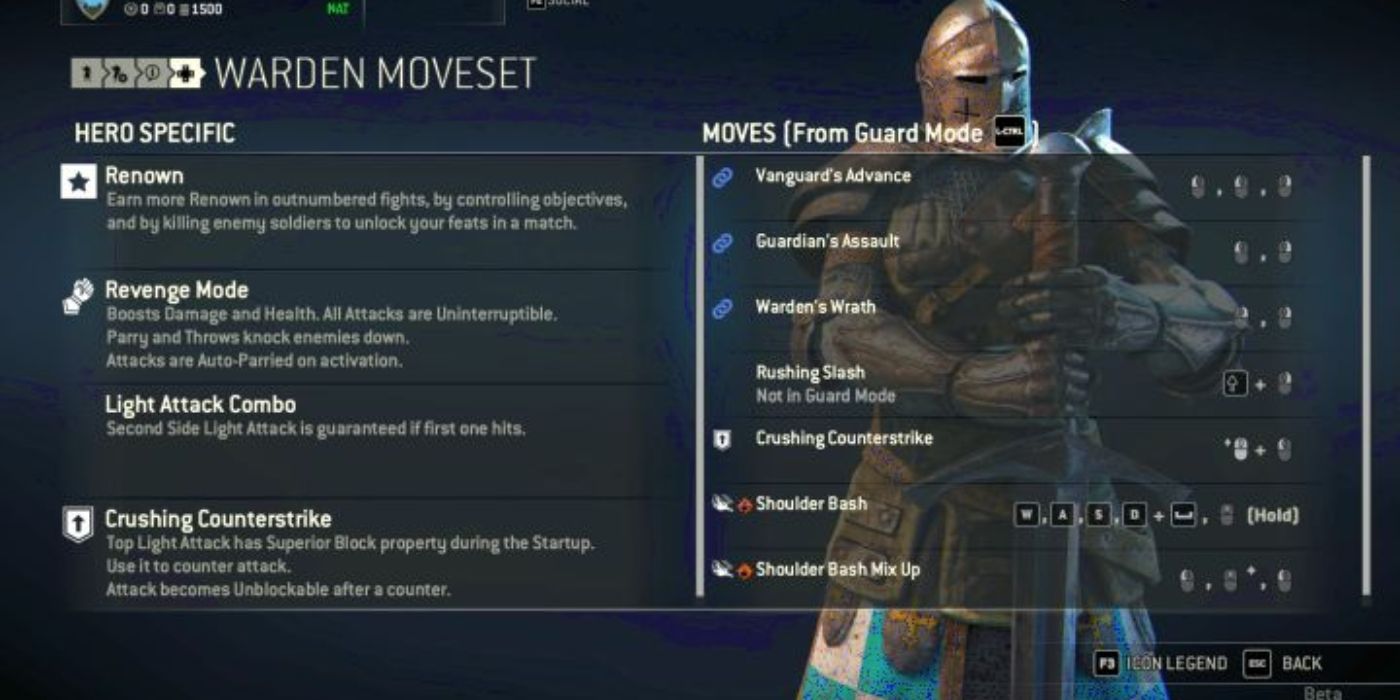 The Warden wears heavy armor and wields a two-handed sword with the proficiency of a skilled knight. They also have some powerful moves that can go toe to toe with the likes of the Centurion, provided you are careful.

Strengths And Weaknesses Of The Warden

The Warden can deal some seriously heavy damage with their massive two-handed sword, but can only do this sparingly. It can consume a lot of stamina and a majority of classes can block or parry these attacks — so do not swing blindly at enemies. Fast and agile classes can dodge them with ease, as the Warden is not as quick as other classes. However, they do have some quick light attacks to balance it out.

The Warden has the renown ability, which is exclusive to the class and enables them to gain more points when taking checkpoints, eliminating enemy soldiers, or when they are outnumbered. This makes Dominion the best game mode for a Warden, as the mode plays best into their strengths.

A unique attack they have is the zone attack which is capable of hitting all enemies around them. This does deplete nearly half of your stamina, so use it only sparingly. 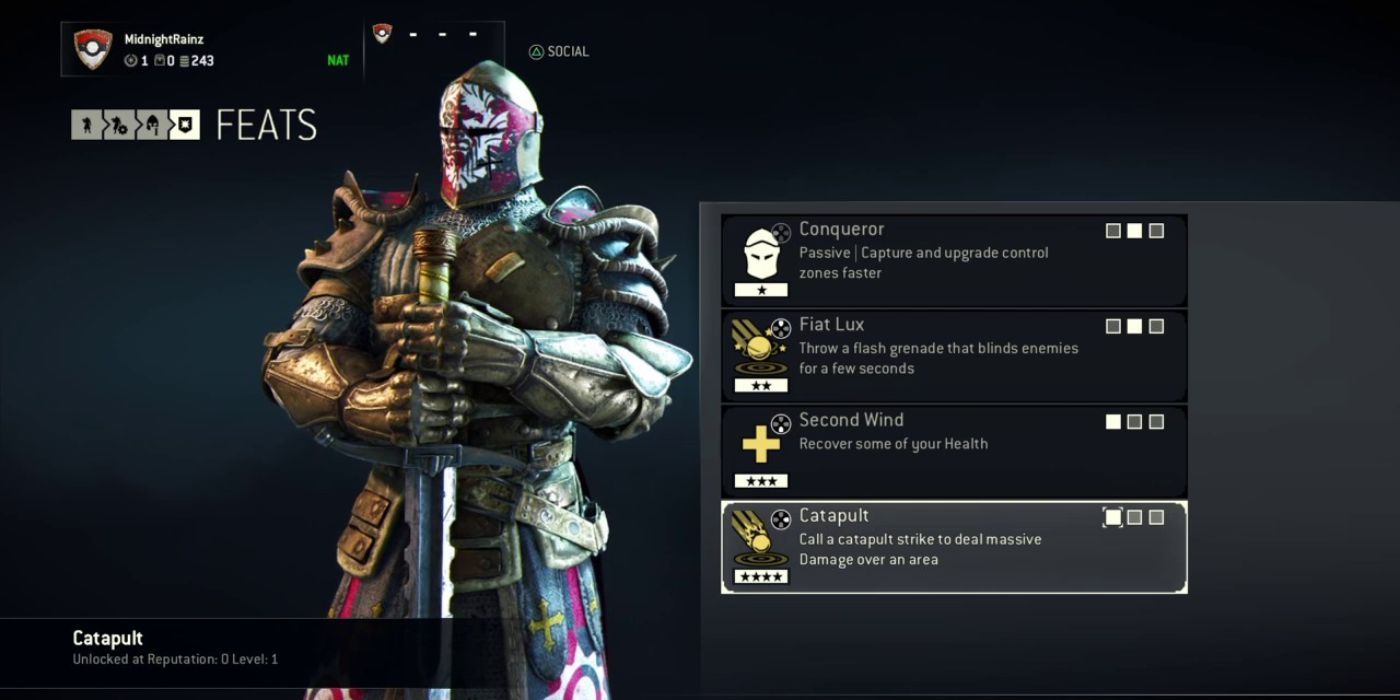 The Warden does not have as many feats as other classes, but the ones it does have are enough to change the tide of battle. Some are available from the beginning while others have to be unlocked by leveling up the class. The possible feats are as follows:

How To Play The Warden 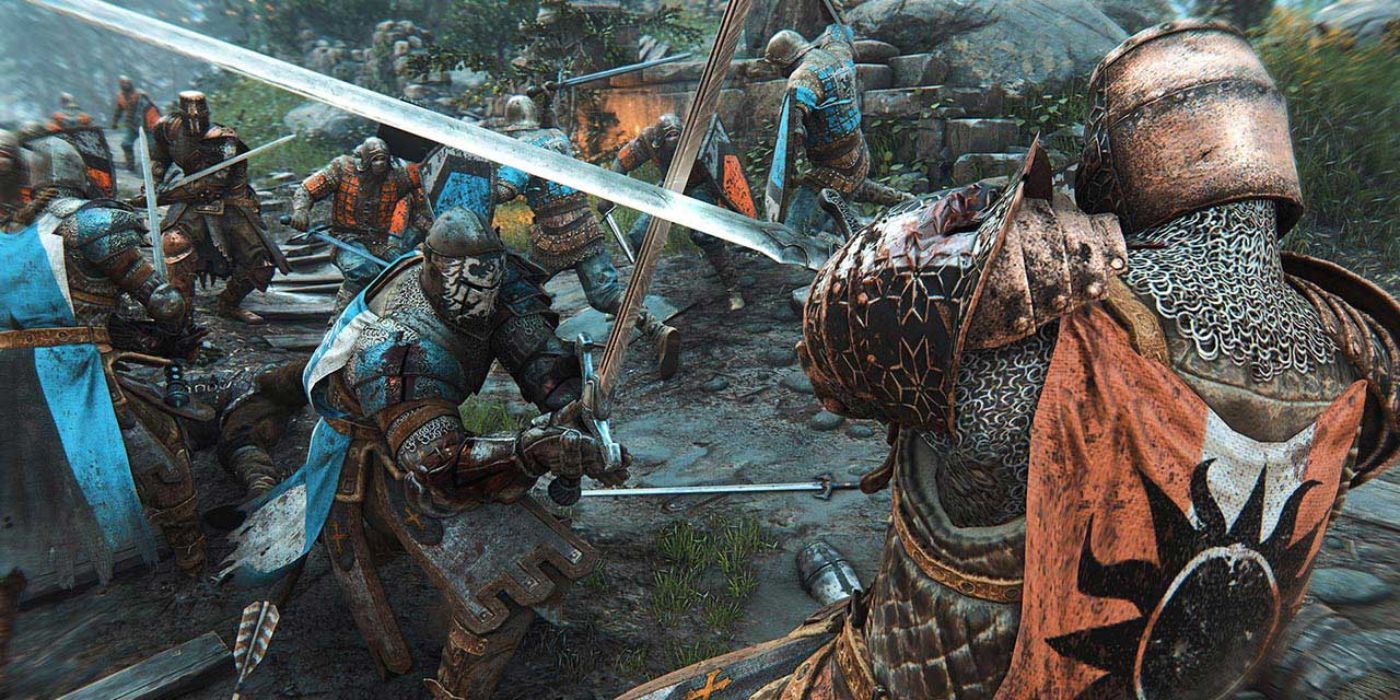 Patience is the best weapon for a Warden, as waiting for the perfect moment to counterstrike is the key to success. The warden has the shoulder bash ability, which can be done by dodging and then pressing the guard break button. Do this as often as possible, especially with faster enemies as it can stun them and enable you to launch a chain combo of two heavy attacks that can deal serious damage to the enemy.

In addition to this chain, the other two chain attacks of the warden are great as well. The first one is a combination of two light attacks and one heavy attack. The light attacks will enable you to reach an enemy easier and quicker. The other chain is a light attack followed by a heavy attack that is good for surprising enemies as they will expect another light attack over a heavy one.

Use the feats above to not only support yourself but also support your allies. On top of being useful to other players, supporting the regular soldiers will also help turn the tide of battle in your favor.

When one on one with another player, make use of the warden’s crushing counterattack. This can be done by countering an upper hit with a light upper hit. Once the hit is parried, launch a heavy attack to deal a significant amount of damage to your foe. This only works with upper hits, so do not use for left and right stance hits.

Use feints as often as you can by canceling out your attacks halfway through to force an enemy player to make a mistake. Doing this also helps make up for the Warden’s lack of speed, giving you the upper hand and balancing your odds against faster classes.