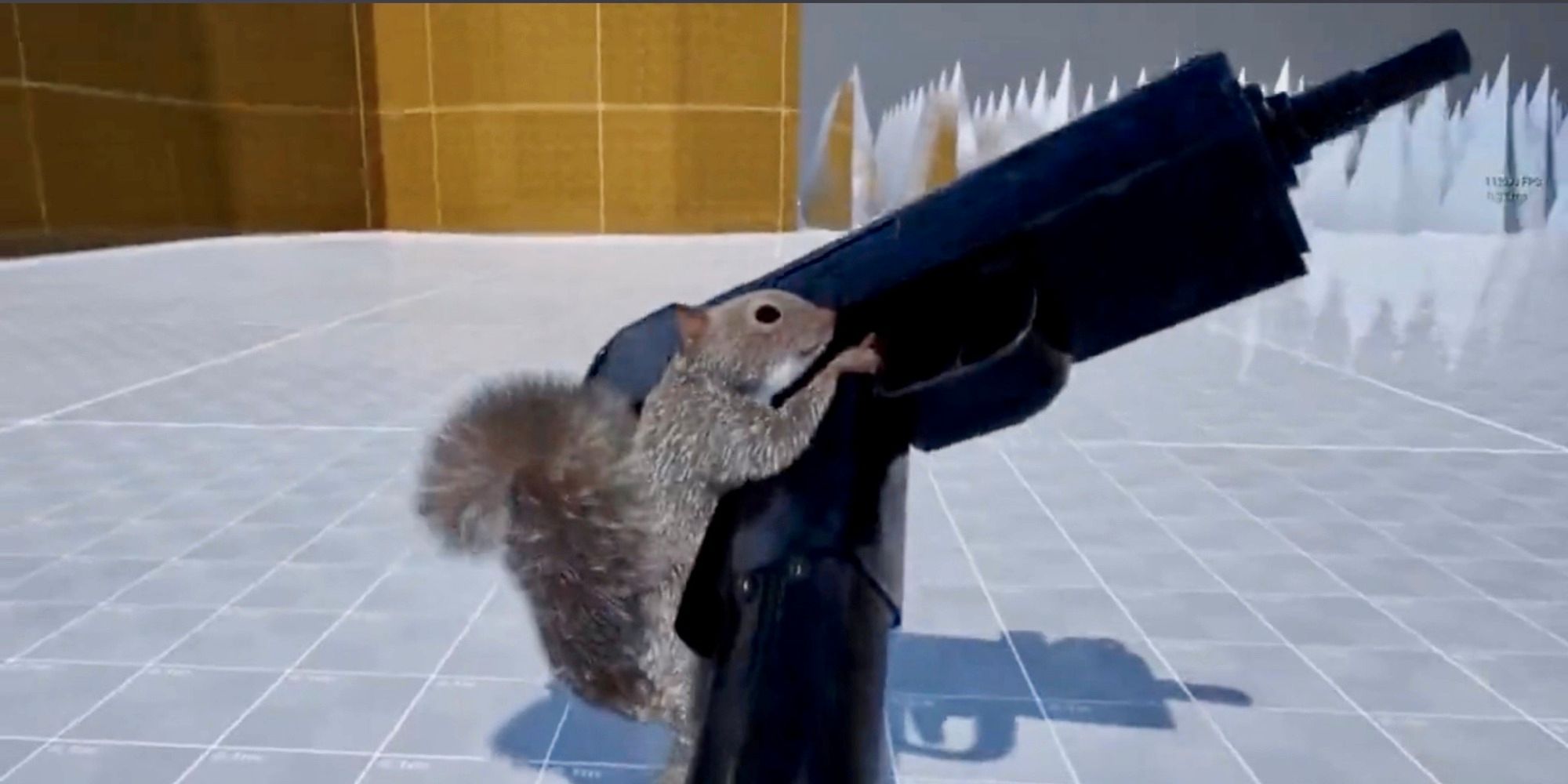 There are famous entries in the list of video games where the player inhabits a member of the animal kingdom. Donkey Kong stars a gorilla; Sonic collects those rings as a speedy blue hedgehog; while many feline fans are getting excited over upcoming indie title Stray, which has you adventuring as a cat in a world populated by robots. But step aside Stray, a new game is in town, and one that stars a superbly rendered squirrel.

One indie dev is working on a game about a squirrel armed with a gun. But this is no stylised squirrel, instead it appears to move and behave just like a real-life squirrel. In fact, the gun it wields is often the same size as the animal.

The squirrel shooter looks to be the work of one individual, a Dan DeEntremont who is based in New York. He is creating his squirrel in Unreal Engine 5, Epic's latest iteration of its game engine, and doesn't it show? Because the fur and physics of this squirrel look outstandingly real.

But it is one badass squirrel as it guns down agents with an Uzi and clears away their bodies, complete with ragdoll physics, from levels. DeEntremont has clearly pondered the mechanics of things as he updates his followers on social media on the progress of his game. "Logistically, the only way this squirrel can wield the MAC-10 is sideways, gangster-style", he says in one update.

In other videos we see the squirrel get hilariously overwhelmed by the recoil of the automatic gun, sending it flying. Perhaps the physics will have to be tuned to make the game more playable. To make a good squirrel, DeEntremont also studied the biomechanics of these creatures. "Longbois such as squirrels, rats, and ferrets benefit from a little spine bending as they turn", he writes wisely, commenting on one of his videos that shows how a bendy spine is more realistic.

It is unclear when the squirrel gun game will be released to the wider public, but since DeEntremont is a VFX artist and "occasional game dev" this could be a way to show off his wares. But this is no bad thing since this squirrel is quite the creation.