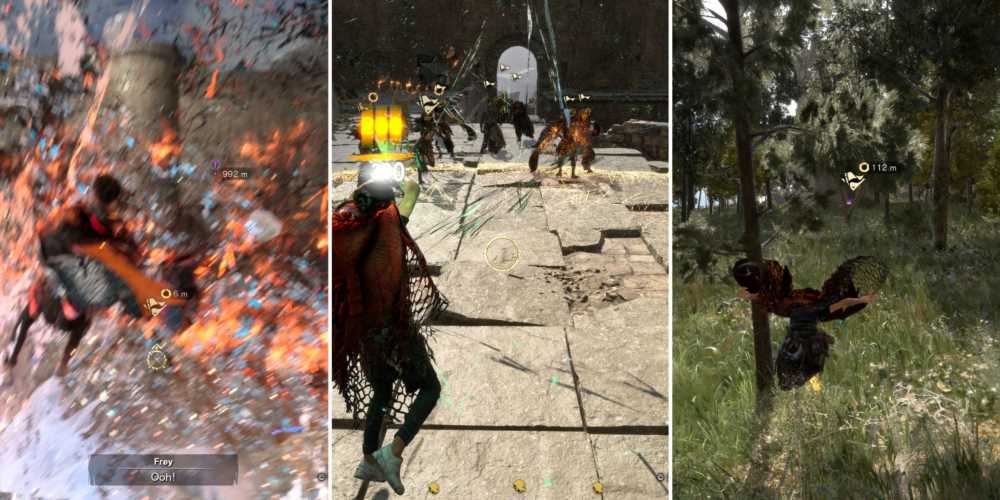 Forspoken is home to many fun challenges for you to take on – there are underground dungeons, familiars to collect, and super-powered Mutants to defeat. Of course, there are also the Monuments to Wisdom and the Flashbacks held within. These challenges are fun ways to flex your abilities and see what sort of things the game can throw at you.

There are four different Monuments to Wisdom spread throughout Avoalet, with challenges ranging from a race to deliver a message to a local guild to protecting a group of refugees from relentless waves of enemies. These challenges are a great way to stock up on valuable crafting materials and offer a unique insight into Athia's past. 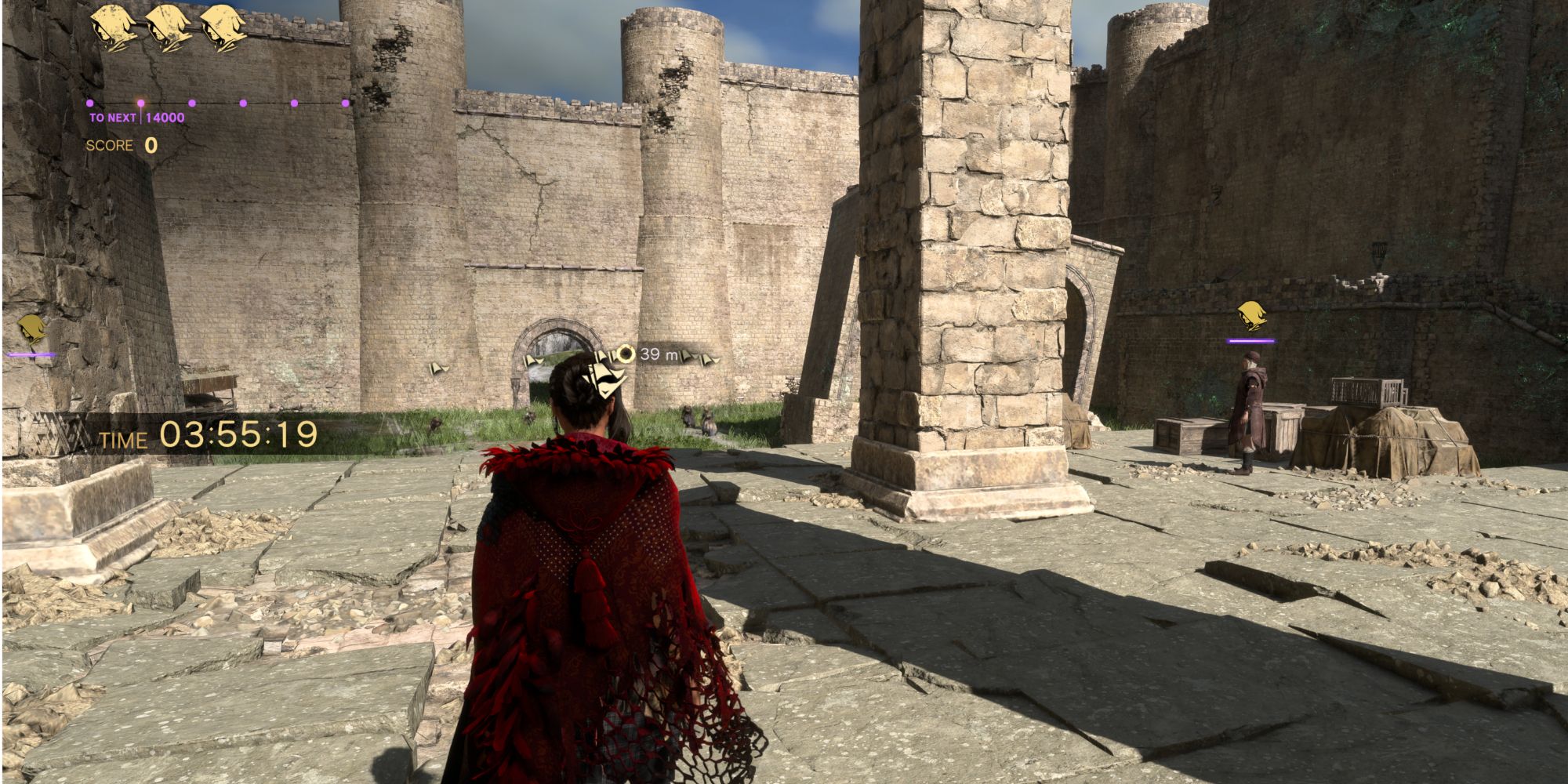 One of the harder challenges to ace in the game, this Flashback has you defending some useless refugees. 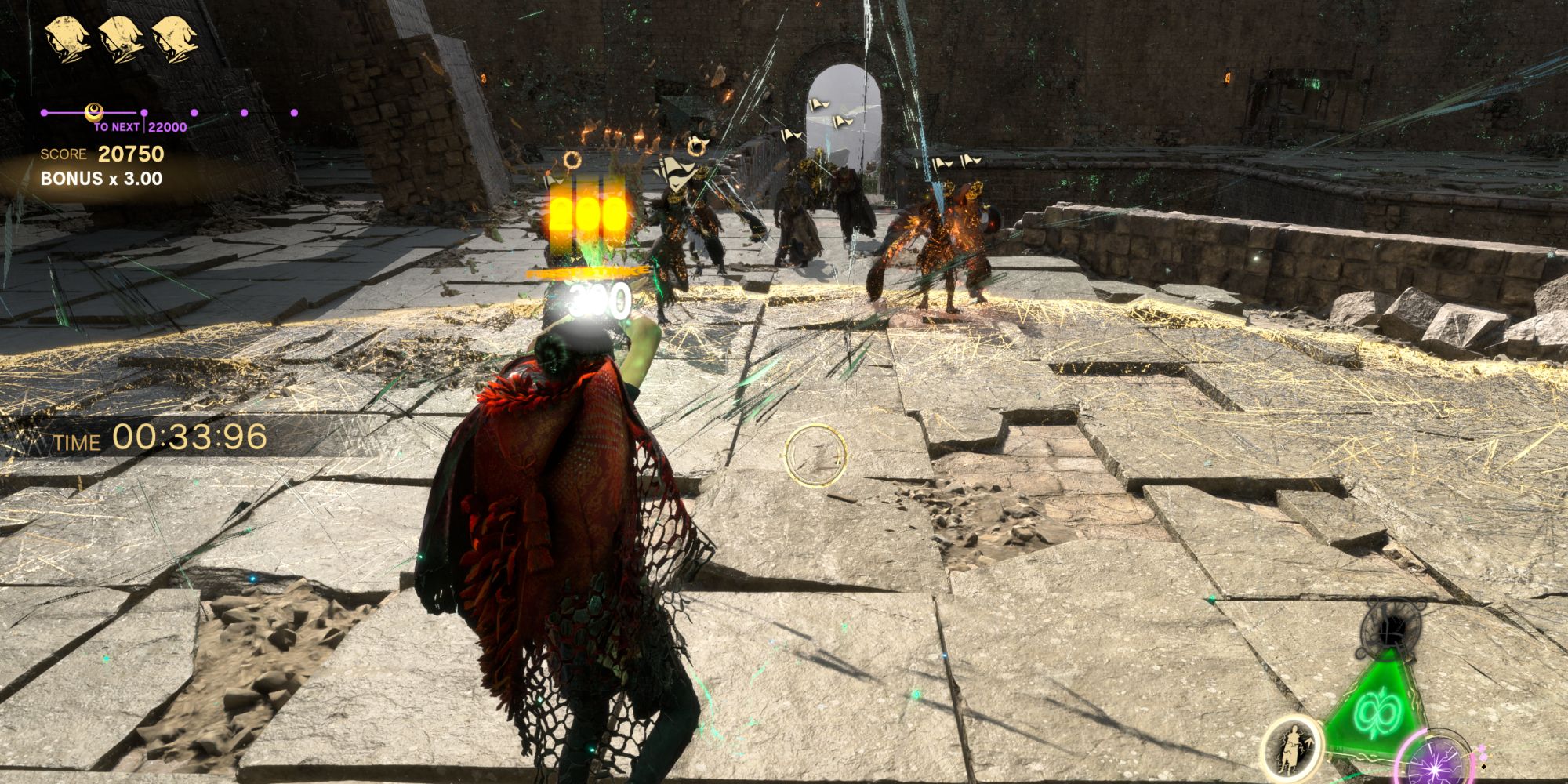 The enemies in this challenge spawn in waves – it's up to you to defend the three refugees from them. To distract an enemy, simply hit it once. Try to distract them before they get anywhere near the refugees.

A great way to totally decimate the opposition in this challenge is to wait until you have Olas's Magic – Storm Dart is a perfect spell for taking out large groups of enemies, or just distracting them if your Green Magic stat isn't too high.

If you're struggling to keep the refugees alive, remember that it's a good idea to take the fight directly to the monsters, don't let them come to you. If you're fast enough to kill each wave before the next one spawns, you'll have enough time to keep each spawn roughly in the same spot as they appear in. This will keep the refugees from harm.

Don't worry about having to finish the Ogre off at the end if you don't have the right tools for defeating it yet – you only have to last until the time runs out, you don't have to beat it.

The Fountainfields Flashback Challenge – A Bridge Too Far 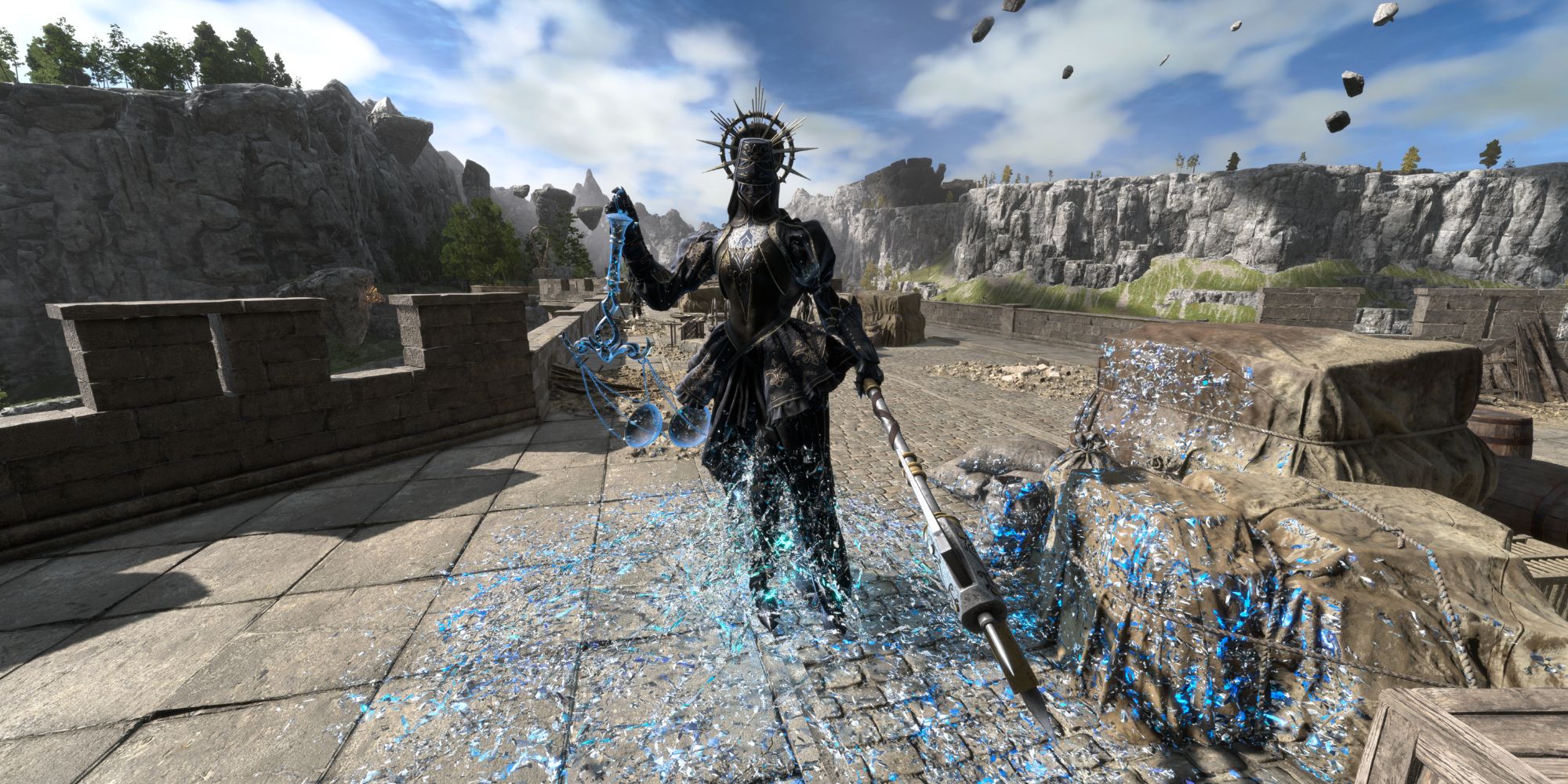 This challenge has you facing a boss while being swarmed by minions in an arena that is far too narrow. 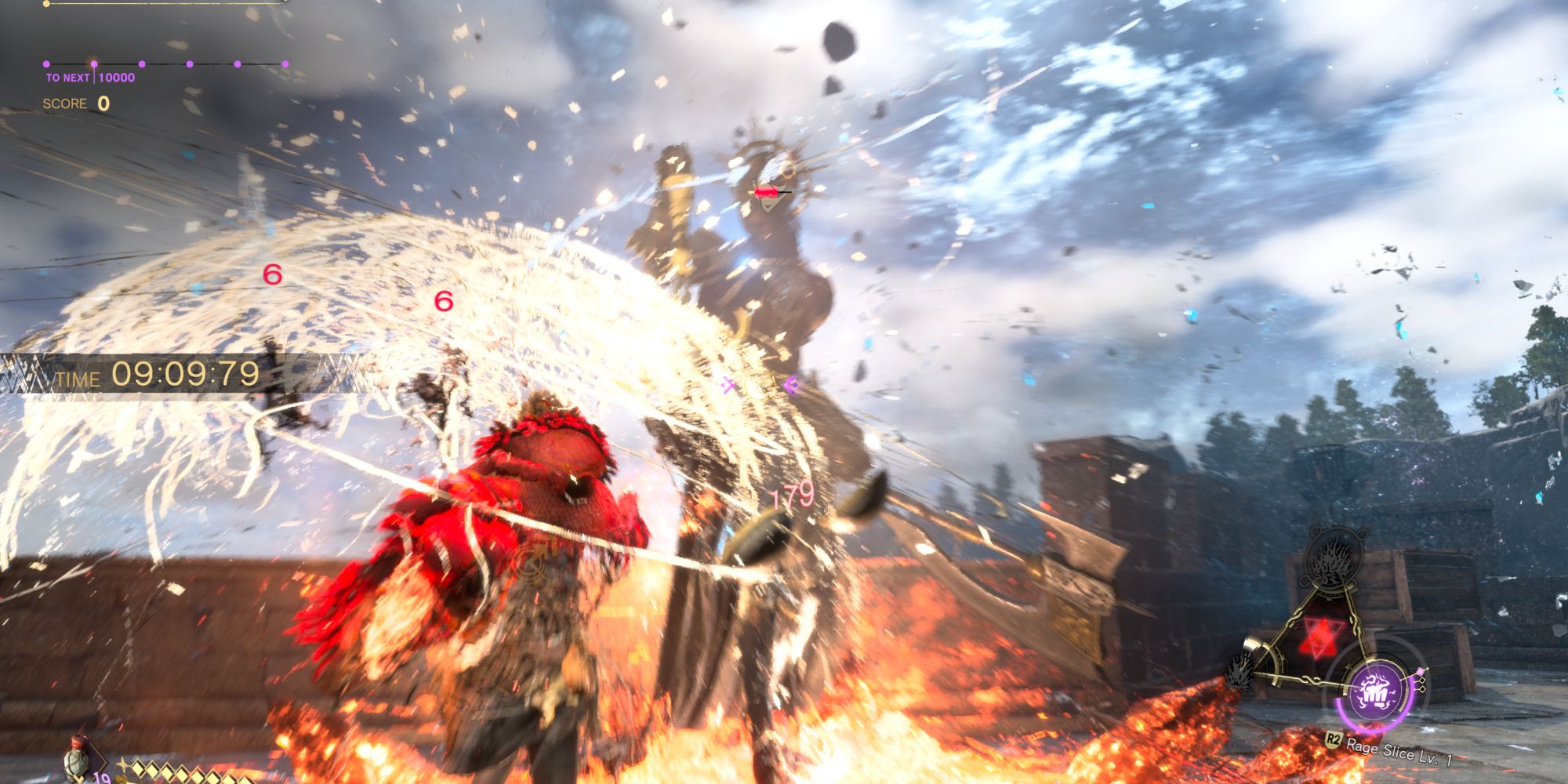 The boss in question during this challenge is a Pitiless Arbiter Simulacrum. They are identical to regular Pitiless Arbiters – when they have their big ice axe out, they are resistant to all damage. However, when they don't have the axe out, they are very weak to Sila's Magic. They key to this battle is getting as much damage as possible in when the Arbiter is weak to Sila's Magic, and then thinning out the crowd of constantly spawning Unjust Enforcers while it's got its defenses up.

With enough damage, it'll be very possible to focus the Arbiter down, ignoring the Enforcers entirely. This should get you a big enough time bonus that you don't even have to worry about the score you'd get from beating up the minions. 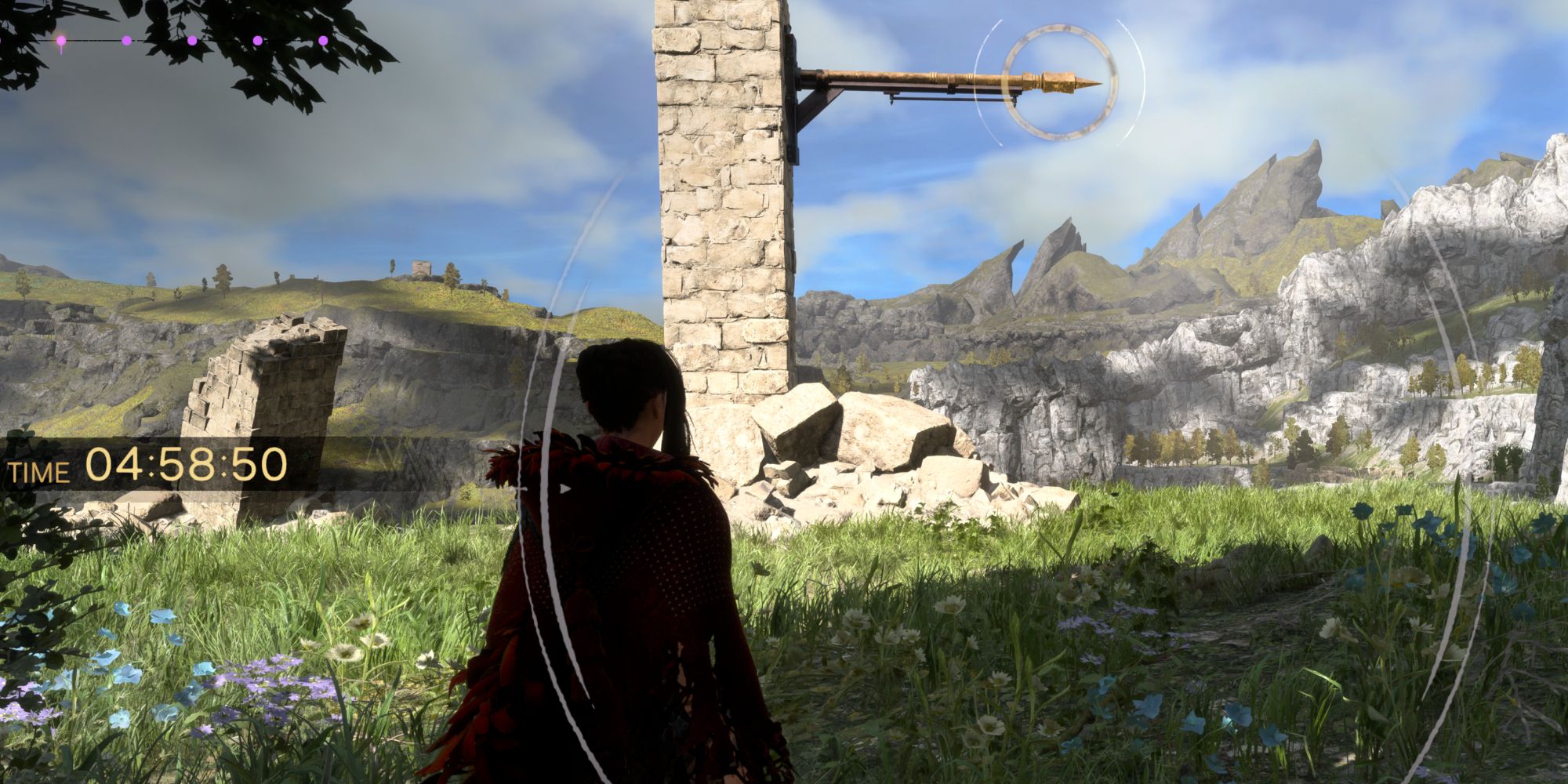 This flashback is a race toward the nearby guild. Thanks to the nature of the route you'll take, it's best to wait until you have the full roster of movement skills before going for the best score – namely, you'll want Float to deal with potential fall damage slowing you down. 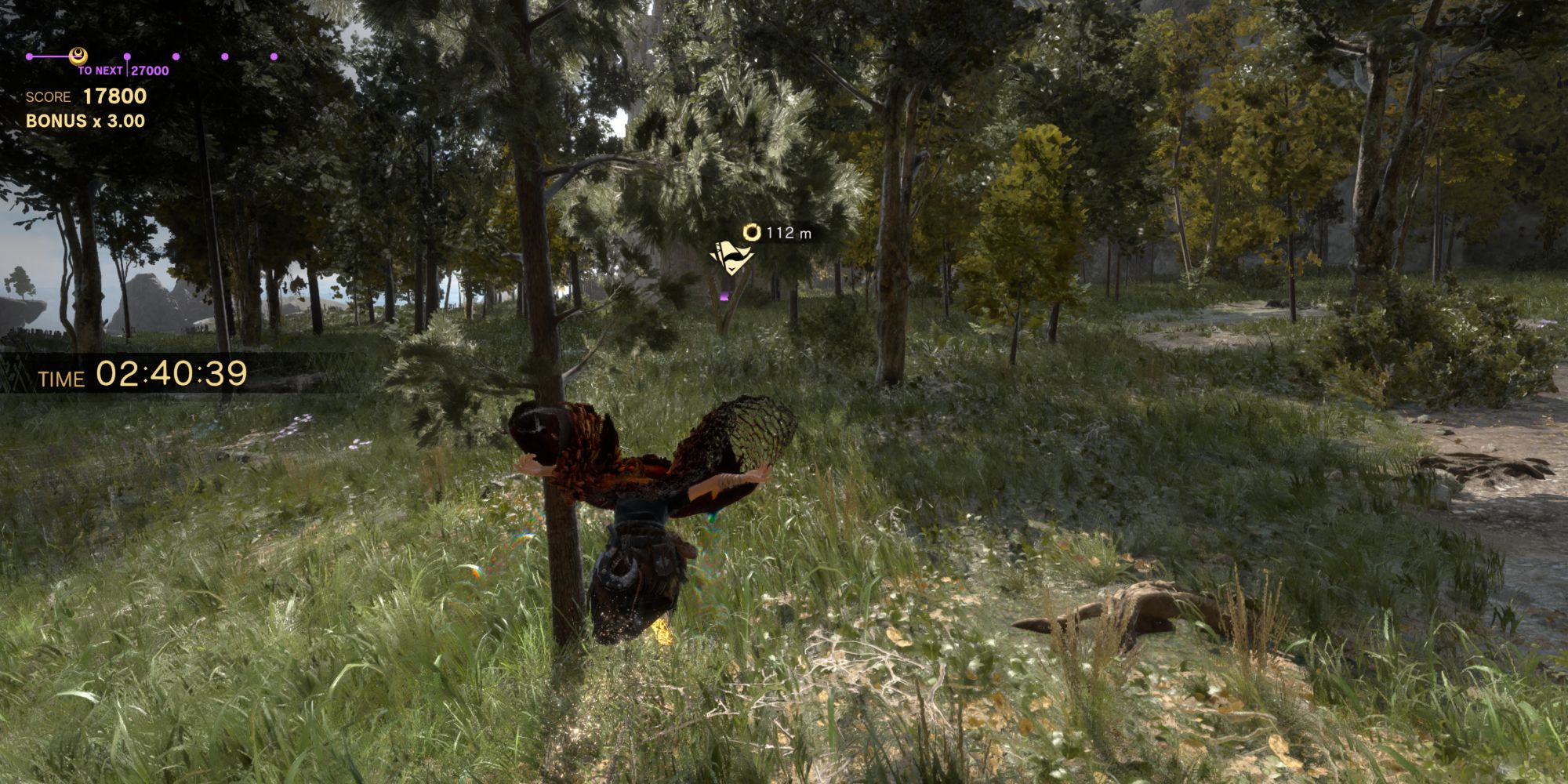 As always, when you encounter enemies during this challenge, you'll have to deal with them before you can continue. 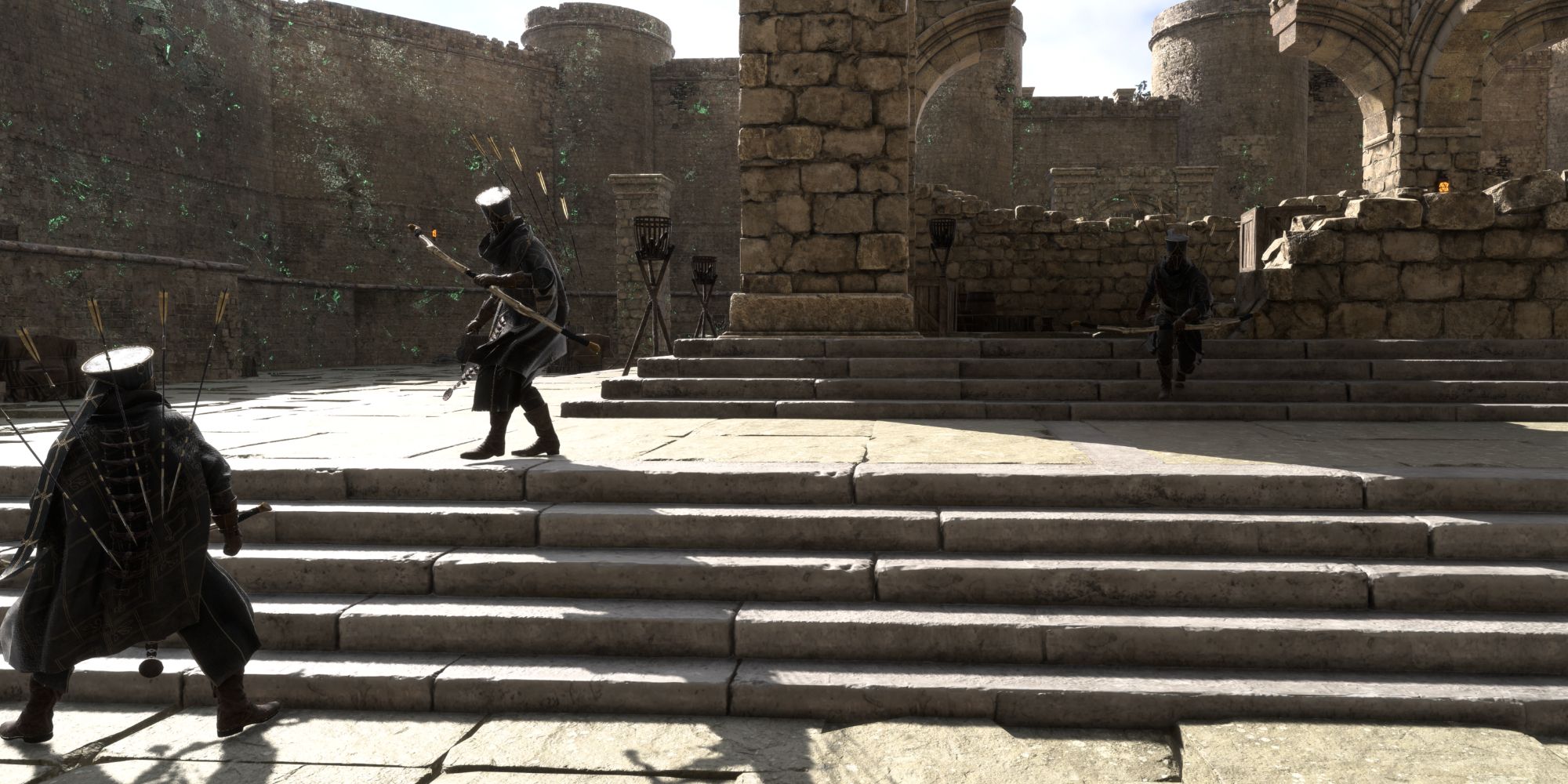 Hidden all the way in the deepest reaches of Avoalet is the final flashback challenge, which takes place in a fortress that you'd never have cause to visit otherwise.

In the lategame, this challenge is one of the best sources possible for Shore Violets. 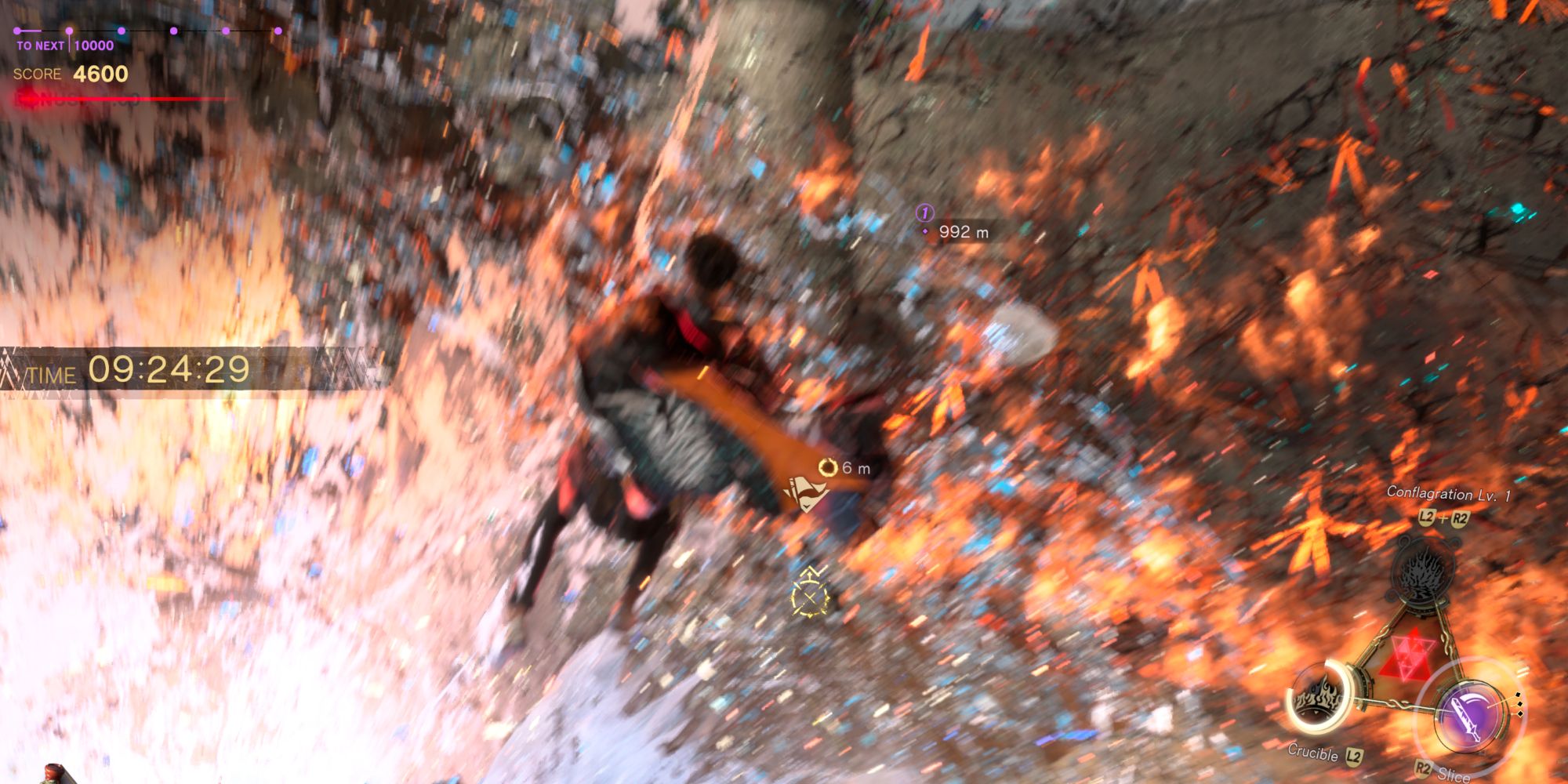 This flashback is a test of how well you cope with Prav's soldiers – the Unjust Enforcers and the Pitiless Arbiters. For the majority of the challenge, you're dealing only with Unjust Enforcer Simulacrums – with a high enough Red Magic stat (above 200), you can just slice through them with Sila's normal melee attacks. Otherwise, just do your best to avoid damage, though it will be hard thanks to their pinpoint accuracy and large area attacks.

Eventually, the groups will start spawing outside, drawing you to the right of the fortress. When the next spawn point is on top of the nearby hill, you'll be confronted with a single Pitiless Arbiter Simulacrum. A little while later, it will be joined by two more Pitiless Arbiter Simulacrums. Try to wear them down as best you can – if they decide to go into their defensive mode, where they have no weaknesses, just use your strongest spells.

It's a good idea to save your Surge Magic until you're fighting the three Pitiless Arbiter Simulacrums at once. If you've made good time and didn't get hit too much, you should have accrued enough points to get a good score.