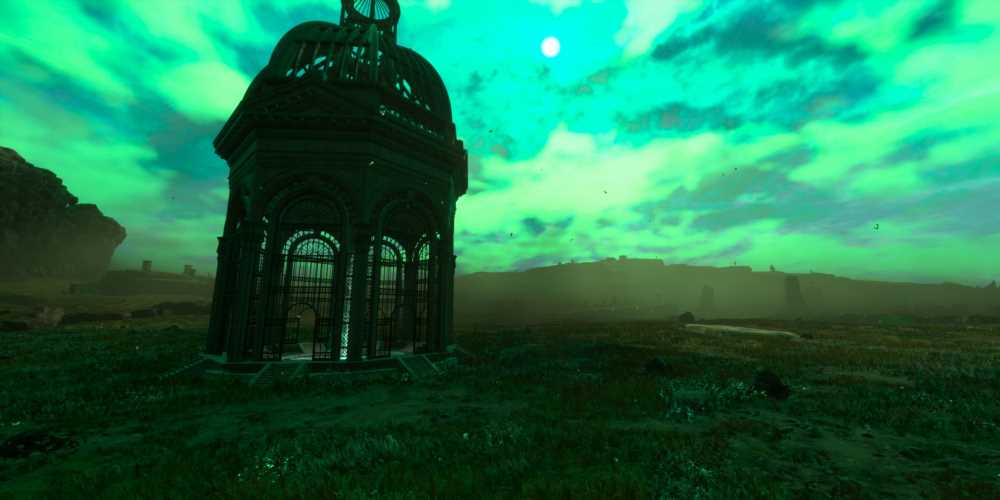 With Visoria being the largest region in Forspoken, it's no surprise that there are a whopping four Locked Labyrinths to take on within. Locked Labyrinths. These range from the short and simple to the terrifyingly difficult, with one Visorian dungeon containing four separate boss encounters to struggle through.

Thankfully, Locked Labyrinths come with great rewards – not only are they satisfying challenges to take on, but they all have a piece of useful equipment at the end of them, whether that's a fancy new cloak or a shiny new necklace. 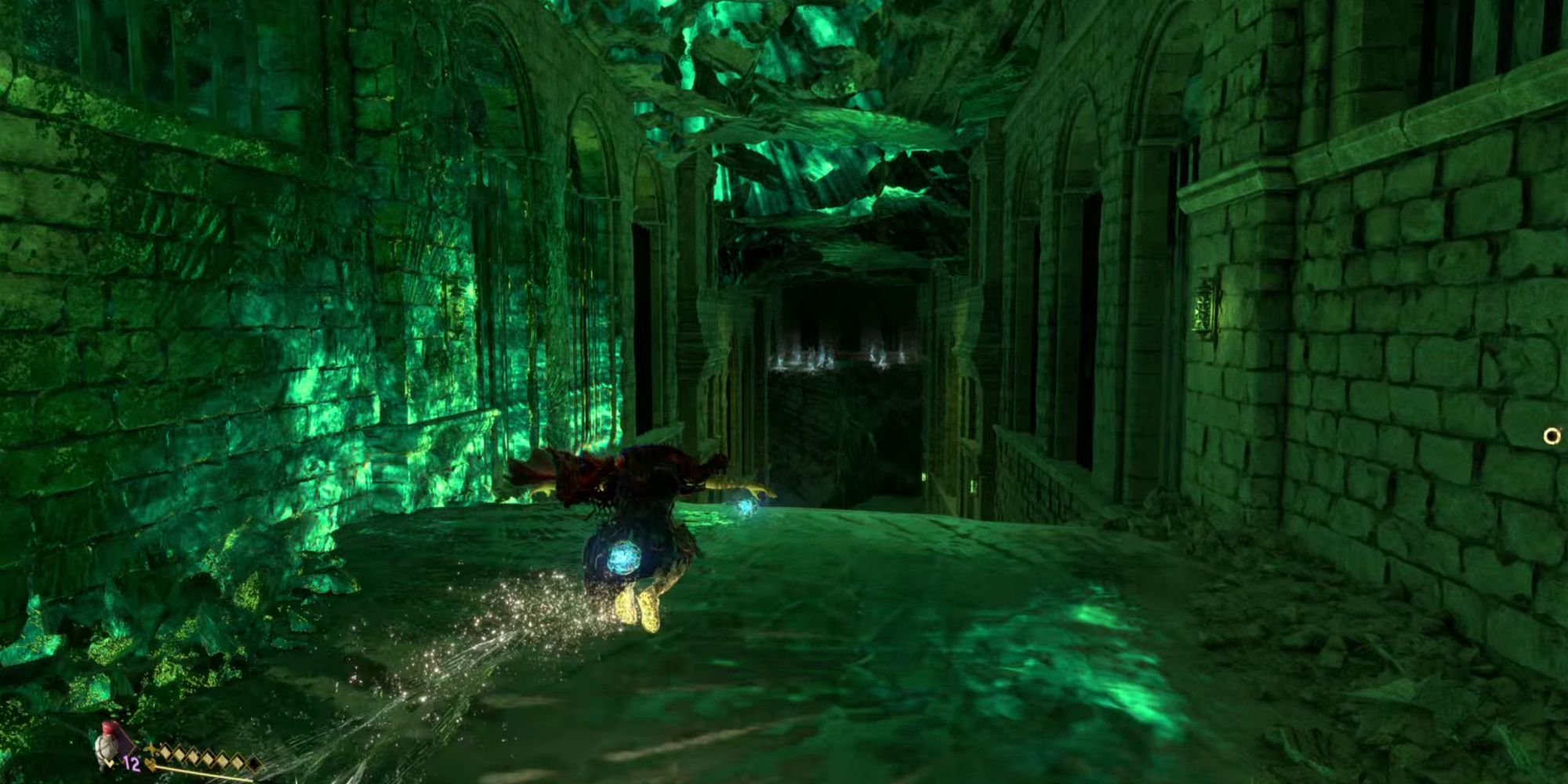 This is one of the larger labyrinths in the game and is one you can get turned around in quite easily. It even has three rooms full of enemies instead of the standard two. 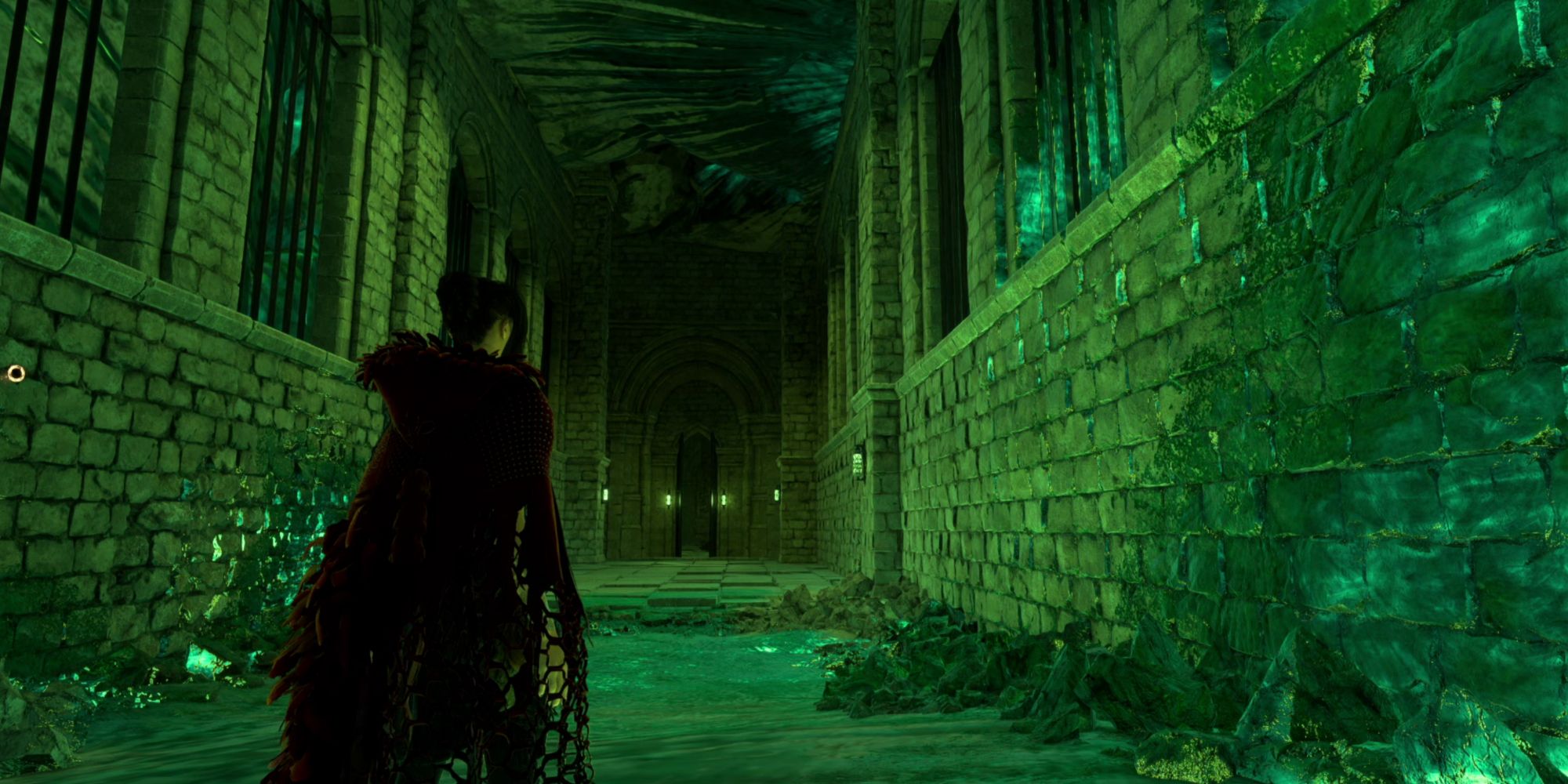 There is an alternate exit from the room filled with Abyssal Amphicyon – it's on the wall opposite the map marker pointing toward the end of the dungeon. This door leads to a big group of mana fonts.

The second room of Abyssal Boggarts has two alternate exits, to the left and to the right of the end of the dungeon. The left path will take you to some mana and a locked chest that contains Old Coins, while the right path has more mana and a Feather to collect.

How To Beat The Meso Amphicynodon 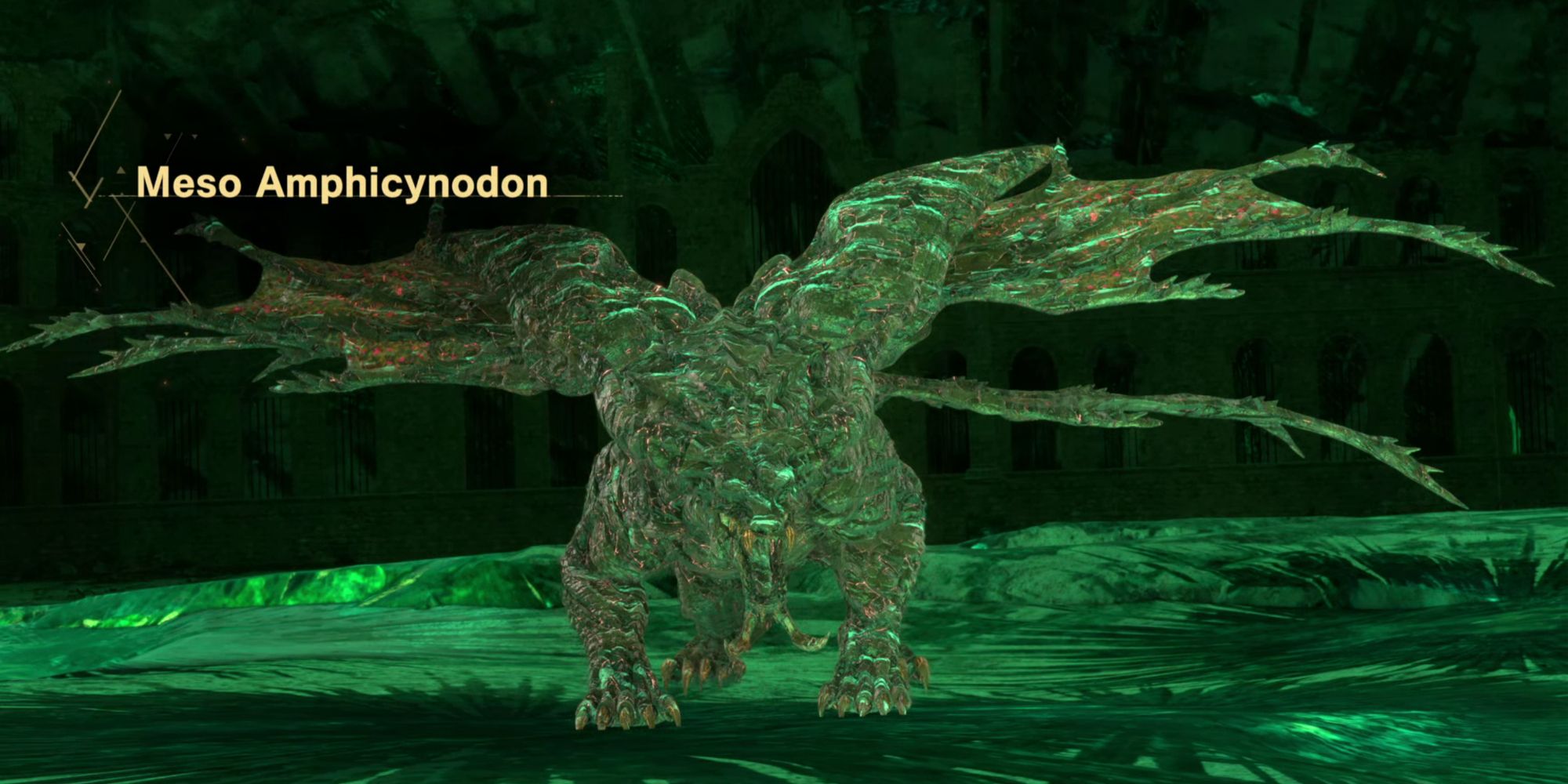 This boss is very agile – it has some long-range leaping attacks and likes to run around every now and then. Despite this, it often spends a lot of time being quite slow, making it an easy target. This makes Olas's Magic, specifically Pulse Dart, a great way to counter it. 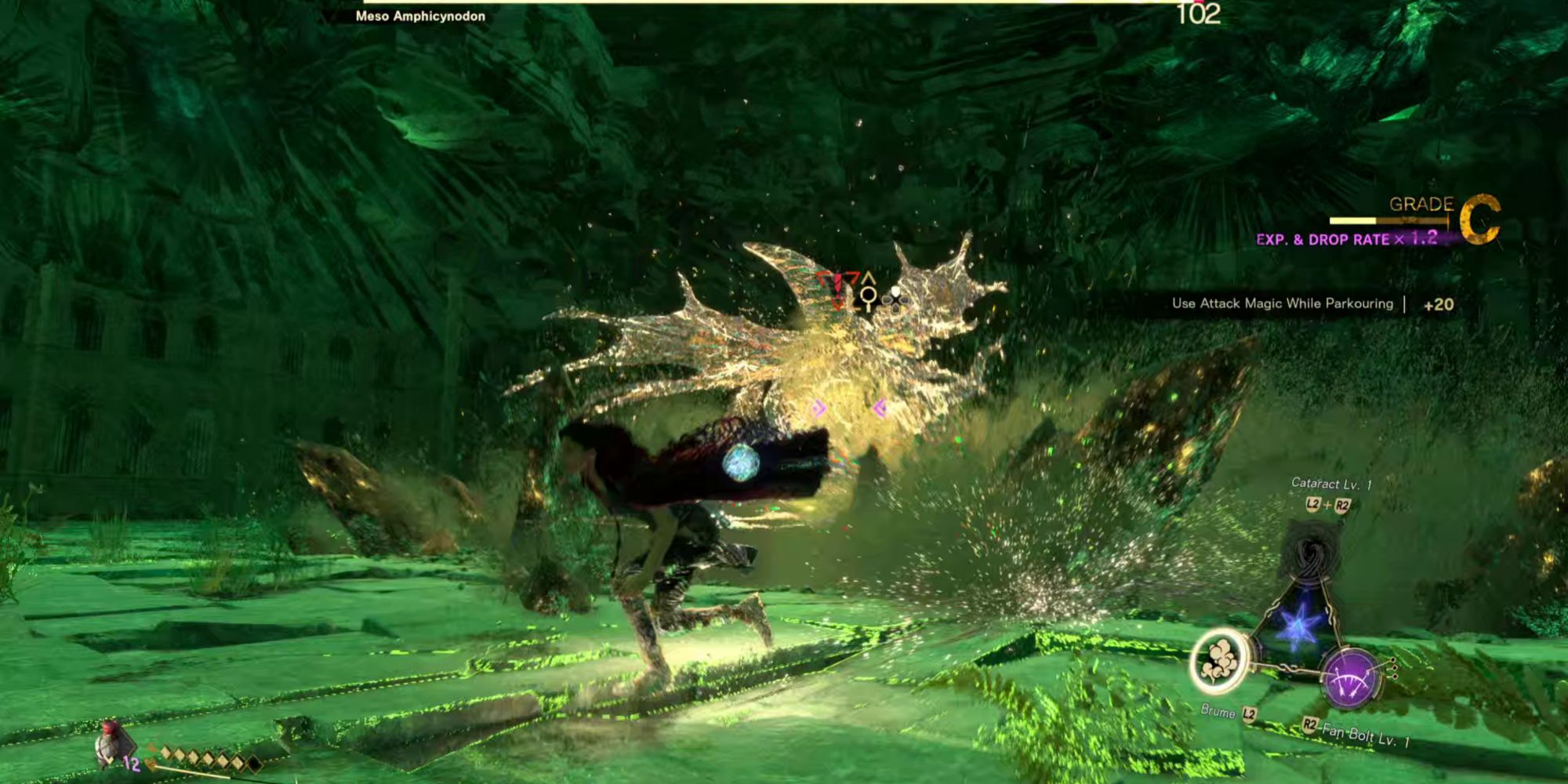 It has some dangerous attacks, such as the aforementioned leap and an area attack that summons stone spikes from the ground, but they're not too difficult to see coming. It likes to close gaps with the leap and then follow that up with the stone spike attack to punish your dodges. To counter this, try attacking it with close-range Sila's Magic instead. This will make it use its leap attack less and its slow, easily-avoided hip check attack more.

When you beat the Meso Amphicynodon, you can make your way to the end of the dungeon and pick up the Bonifate cloak. This will increase your crit rate if you keep your Surge Magic charged, and gives your critical hits a chance to poison enemies. 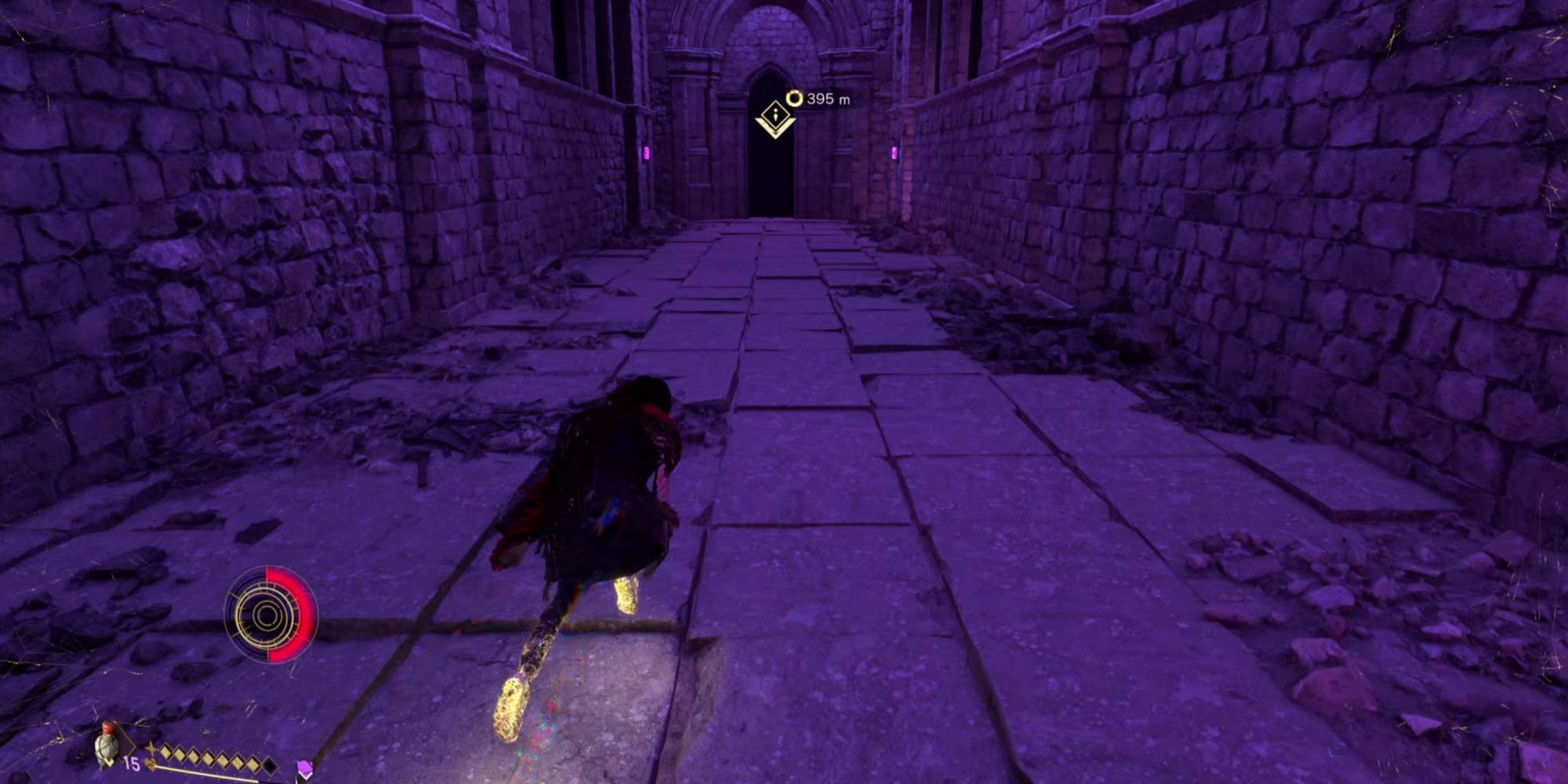 This Locked Labyrinth is one of the most dangerous dungeons in the game – it consists of multiple difficult battles that you may have to alter your loadout to suit, and it's quite the marathon.

Bring a full stack of Firewood to this labyrinth – there are lots of bosses to face and you want to stay well-stocked on Healing Draughts.

In addition, we recommend having equipment that boosts your Red Magic very high and having the third level of Sila's Surge Magic unlocked. The hardest encounter in this dungeon is weak to Sila's Magic. It's also a good idea to wait until you've unlocked Olas's Magic. 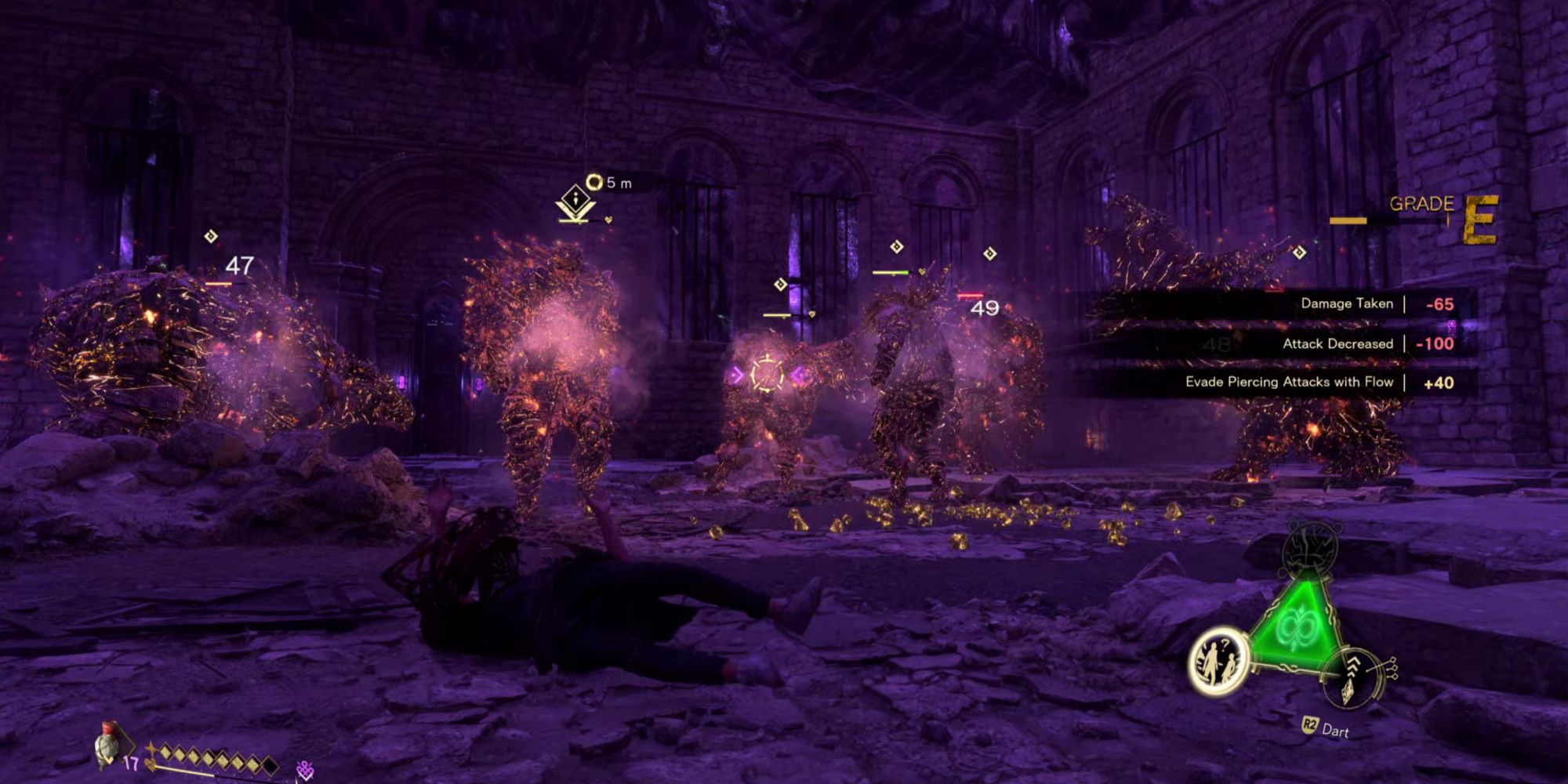 There are no side paths in this dungeon.

The Lesser Deinosuchus and the Lesser Apsaravis pair aren't too tough to take out, they have very low health for enemies fought this late in the game. For specific tips, check out our guides to the other Locked Labyrinths in which they appear:

How To Beat The Proto Amphicynodon Trio 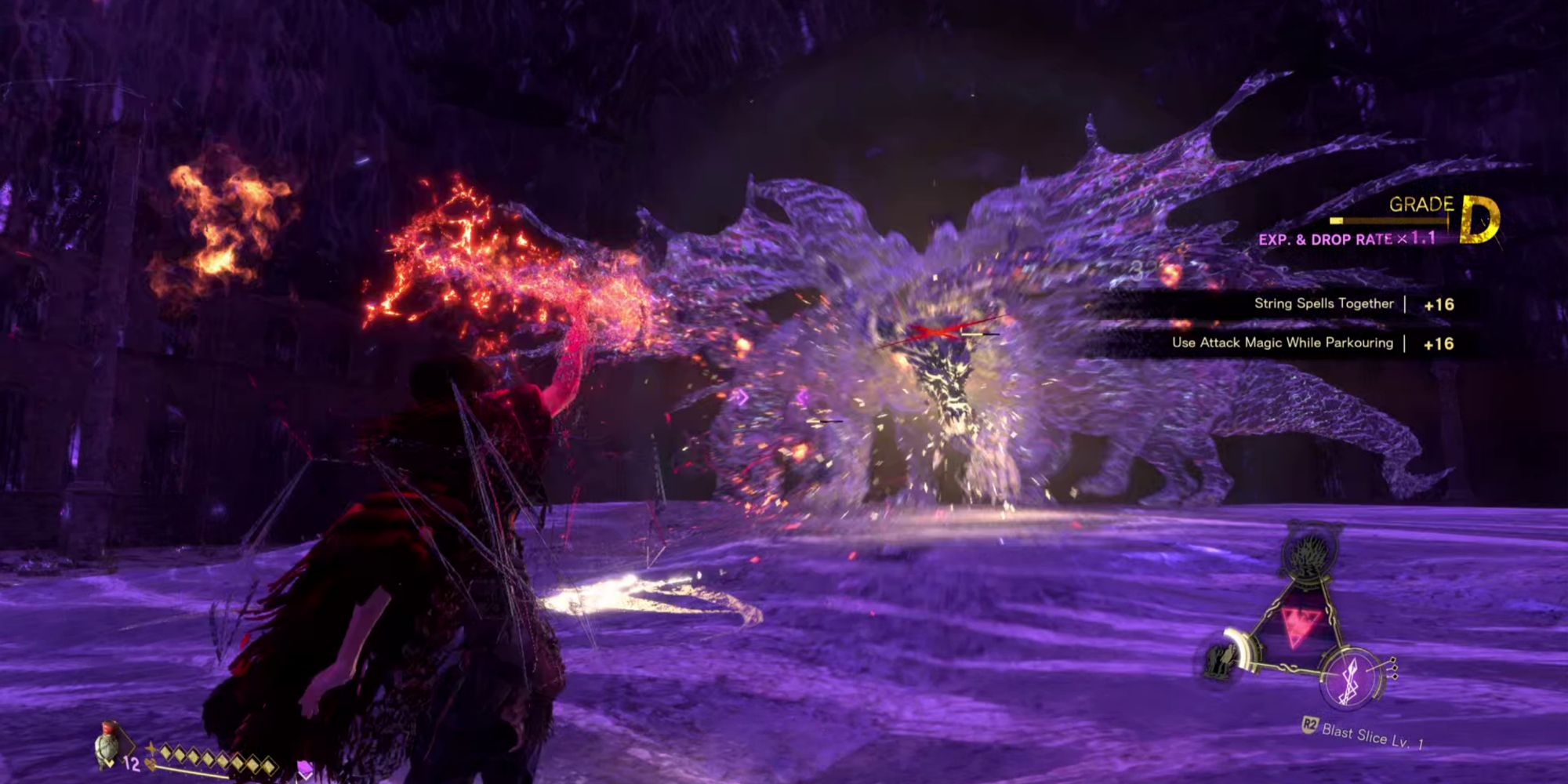 This is the harder of the two 'Proto' bosses in this dungeon. One Proto Amphicynodon on its own is not that difficult, but three at once are incredibly tough to take on.

The main issue is that they will all attack you relentlessly, so it's very hard to dodge everything all at once. You could be stuck in the air dodging a spike attack from the ground as another enemy leaps at you with an Unblockable attack. The key to surviving the fight is staying high on health at all times and running far away from the bosses if Cuff ever breaks.

Have Legion up at all times if you can – these soldiers might prove necessary distractions.

These bosses can inflict a defense debuff, which makes their attacks even harder to cope with. Clear this with Aegis as soon as you get hit with it.

Sila's Magic is the best way to go here. Try to catch all three bosses with Surge Magic and use Blast Slice from afar to inflict damage normally. Your first objective will be to eliminate one of the bosses – once that's done, you can stand to get a little more aggressive with your strategy, weaving Crucibles, close-range combos, and Firetraps into your rotation.

It shouldn't take long before you get a feel for the rhythm of this battle and how to avoid as much damage as possible. Just don't panic too much.

How To Beat The Proto Apsaravis & The Proto Gigas 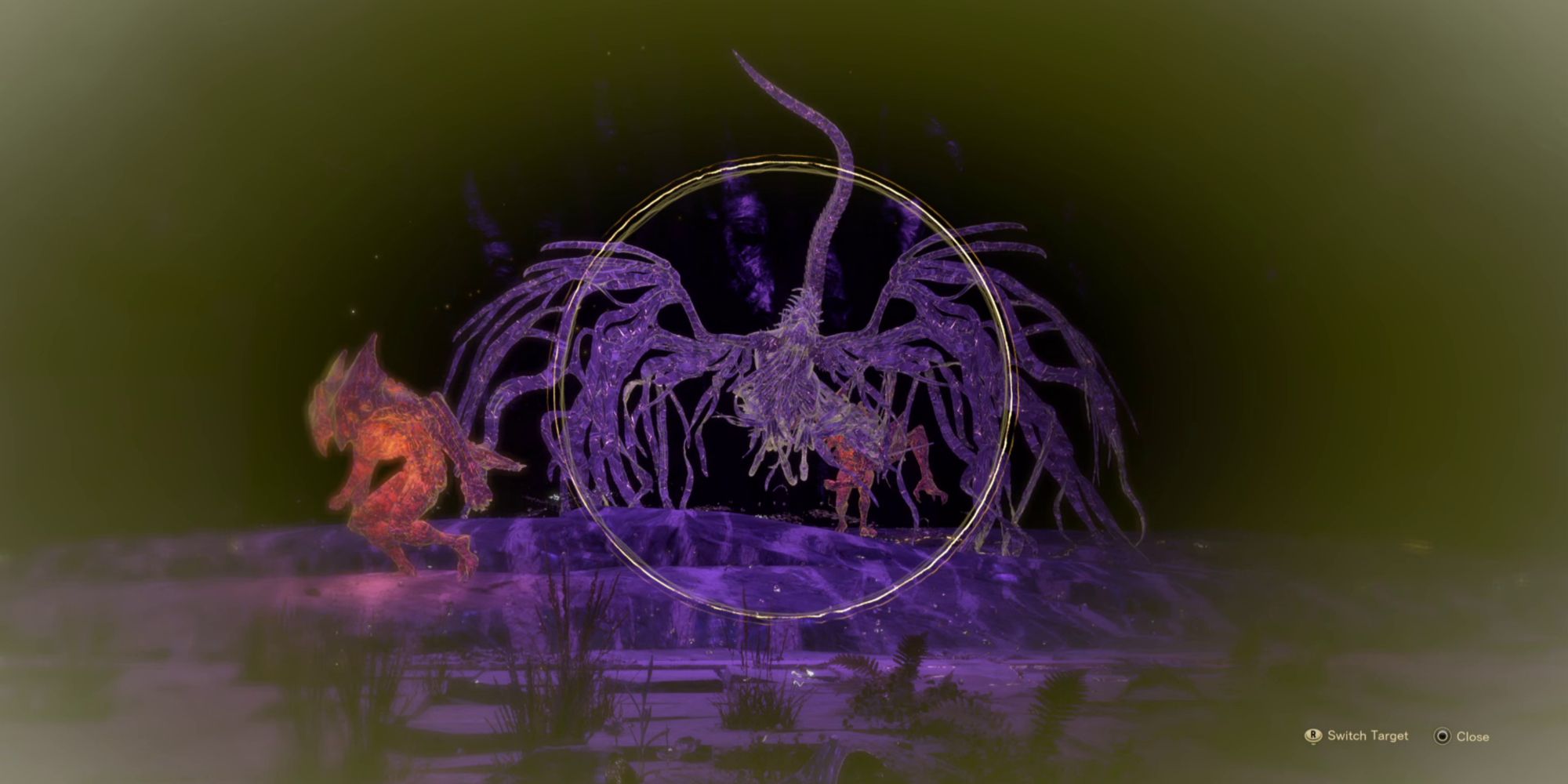 This is the battle that makes waiting until you've unlocked Olas's Magic very useful. While you should be able to deal with the Proto Apsaravis quite handily, the Proto Gigases are very threatening if you can't take them down quickly with Olas's Green Magic.

Your first priority will be killing the Gigases. If you don't have Olas's Magic yet, you'll need to employ Frey's Magic instead. It's not bad, it's just not as good. The Gigases are very aggressive and love to alternate between leaping smash attacks to your locations and firing huge fireballs at you. The latter attack can be avoided easily by hiding behind the buildings scattered around the arena.

Compared to some of the other enemies you've faced in this dungeon, these bosses aren't that fast. Just chip away at them one at a time – the battle becomes far easier to manage when the enemy numbers are reduced.

After dealing with the Gigases, it's time to face the Apsaravis. All in all, its attacks aren't too hard to dodge – the Unblockable attack that summons tornados has a huge windup that makes the tornado very easy to predict and get away from, and the spinning attack that shoots out lots of homing missiles is easily dodged with Flow. It also has a breath attack that leaves behind very large cloud of damaging air, but the arena is so huge that this should never be a big threat.

The issue is actually attacking the boss. Use the building in the middle of the arena to get some height and use Chain Bolt to attack – it has the longest range of all of Prav's attacks, which the boss is weak to. It doesn't have much health at all, so it'll go down quickly.

After winning this fight, the marathon is over and you can go collect your reward: the Veriment cloak. 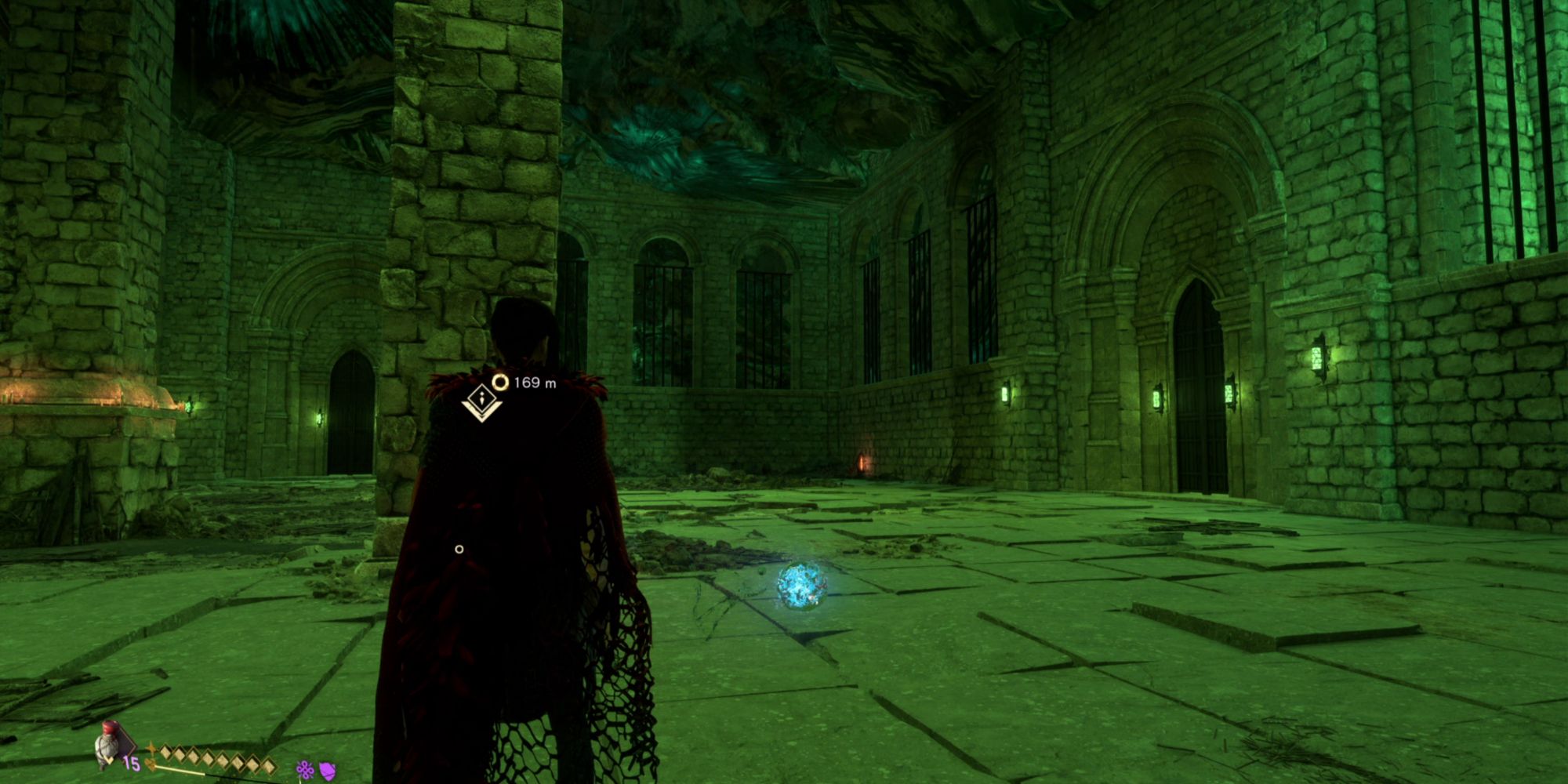 This is quite a short, sweet dungeon that has you fighting against Nightmares, exclusively. 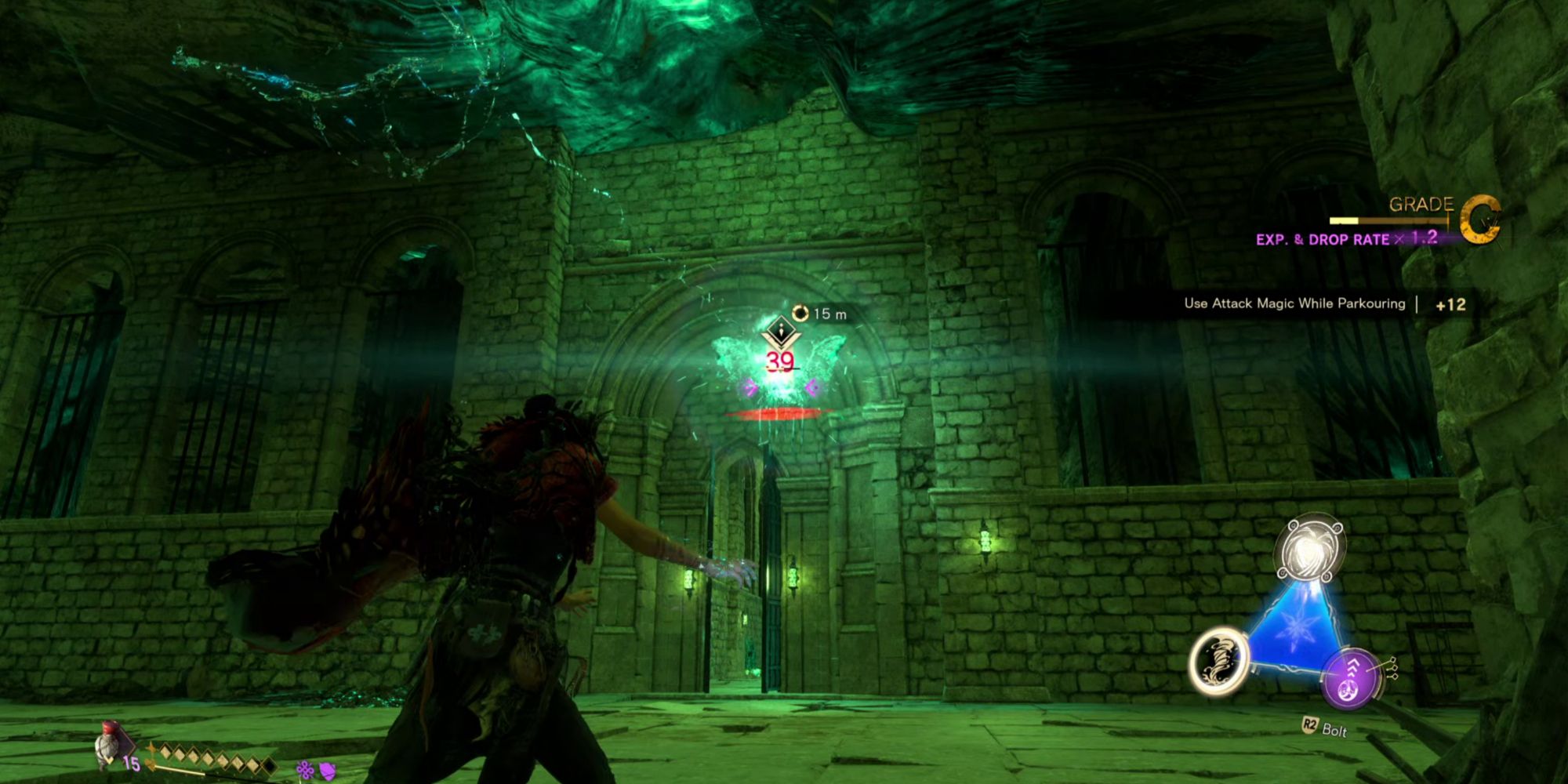 How To Beat The Proto Bandersnatch 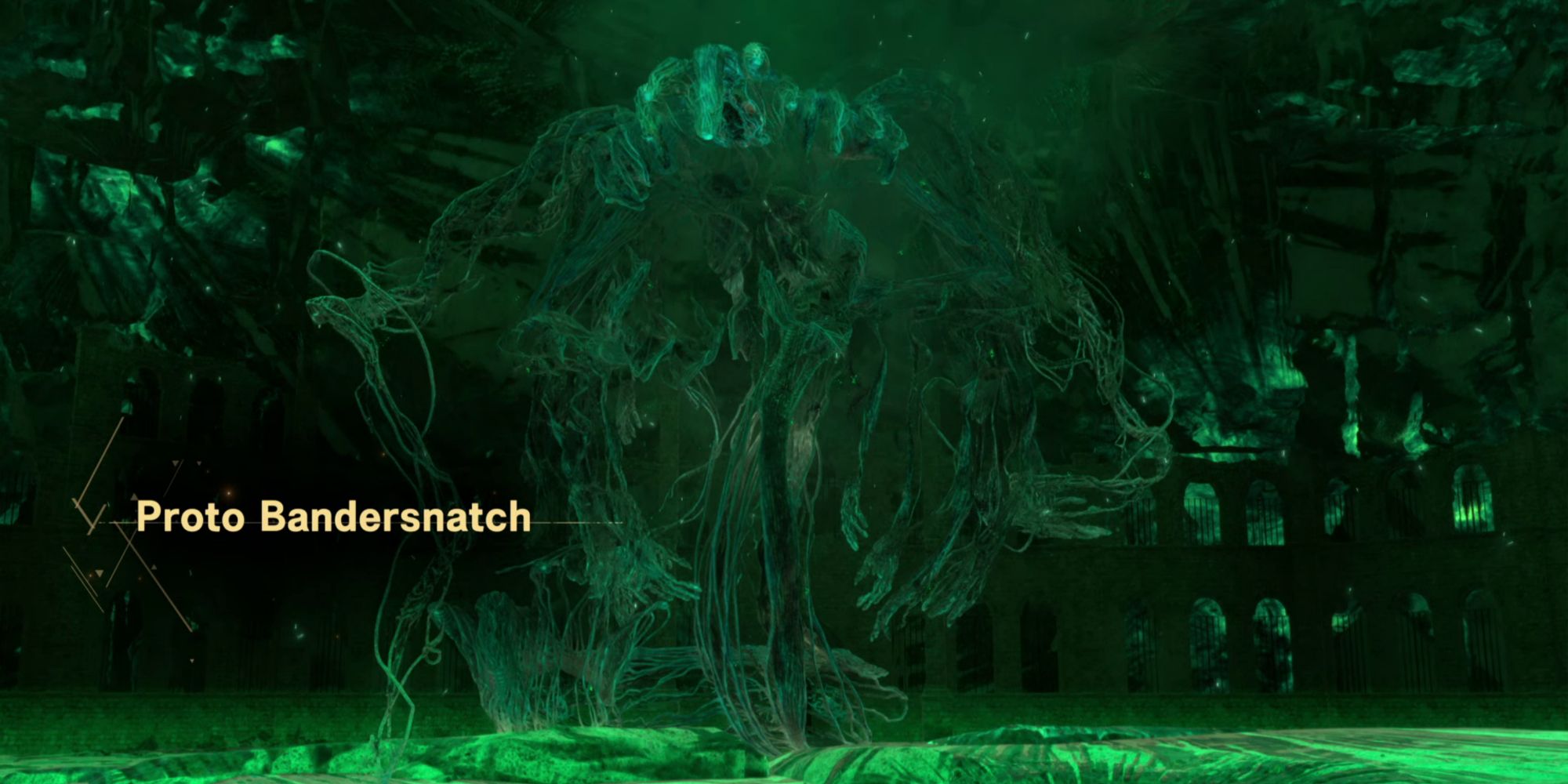 If you have Olas's Magic unlocked, this battle will be much easier – Pulse Dart is the best spell for the job. If not, it's still doable.

The Proto Bandersnatch likes to dive into the ground every now and then, popping up in another location. Just be aware of this, and don't get too twisted around by your lock-on. Staying behind the Bandersnatch when attacking it is a good way to get a good look at its attacks and avoid them easily. 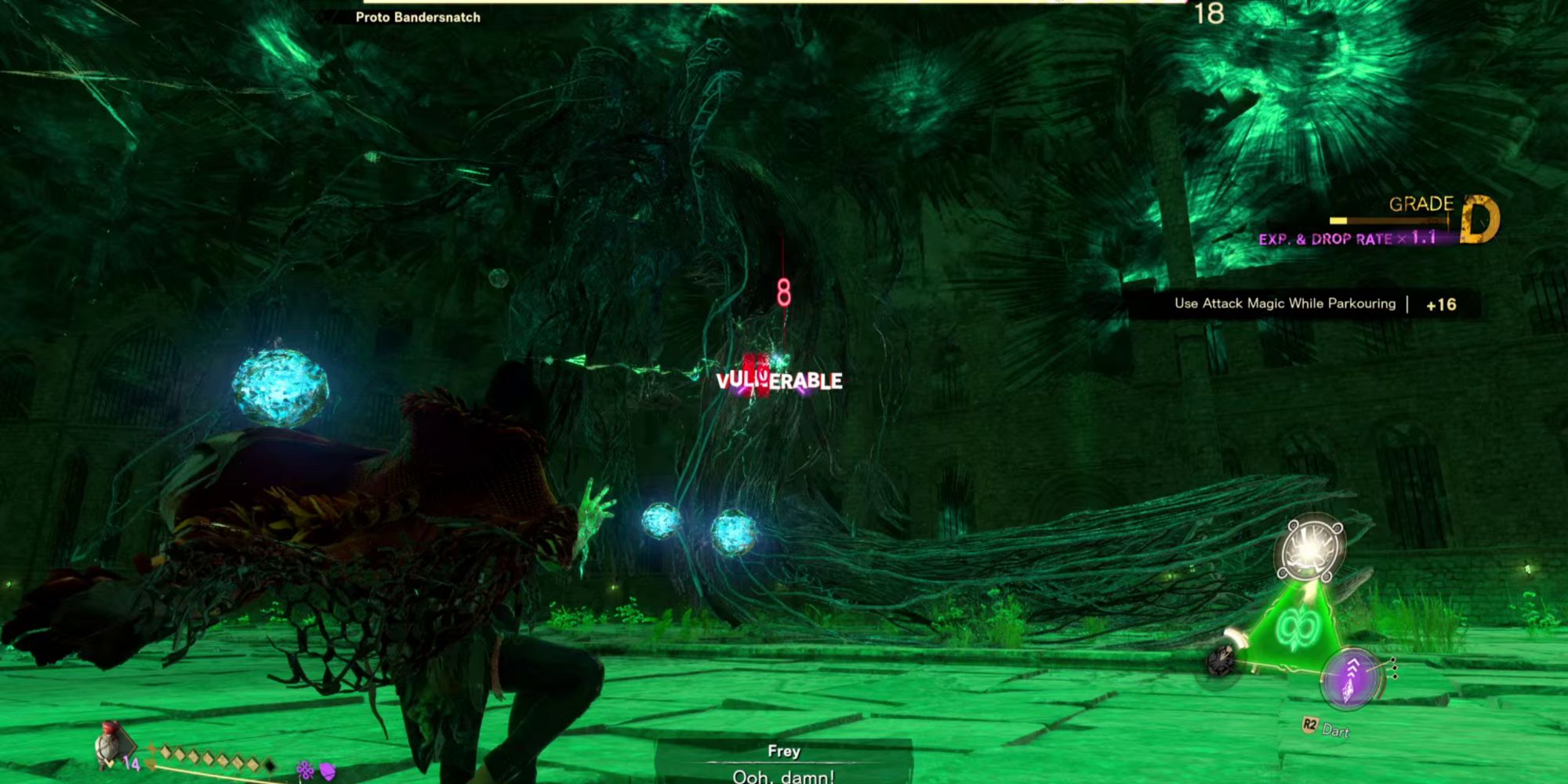 Your reward for clearing this dungeon is the Whilom cloak, which improves your Support Magic. 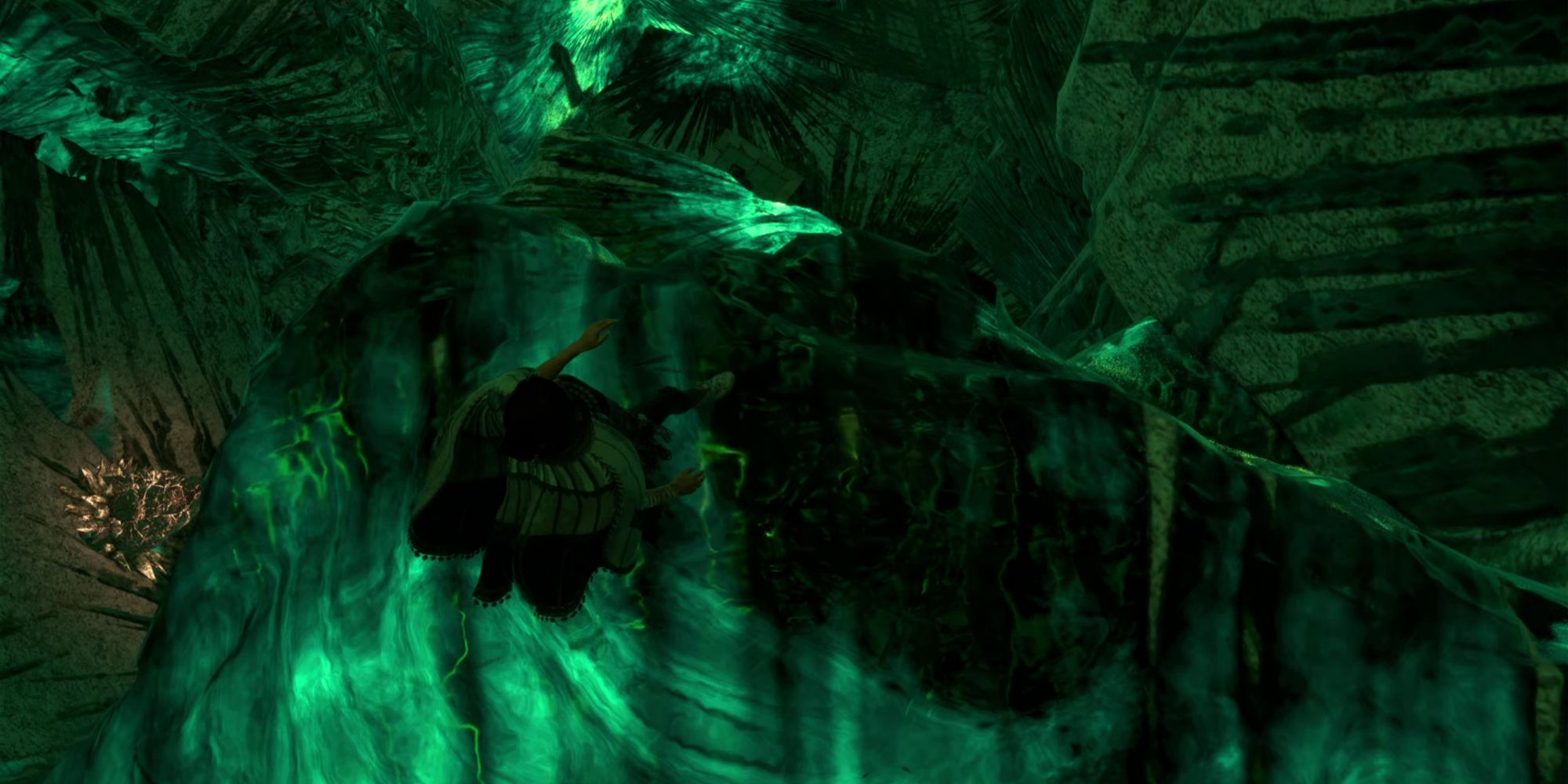 This Locked Labyrinth is far easier to deal with than its northern counterpart. Every enemy inside is weak to Sila's Magic, so boost that as high as it goes before entering. 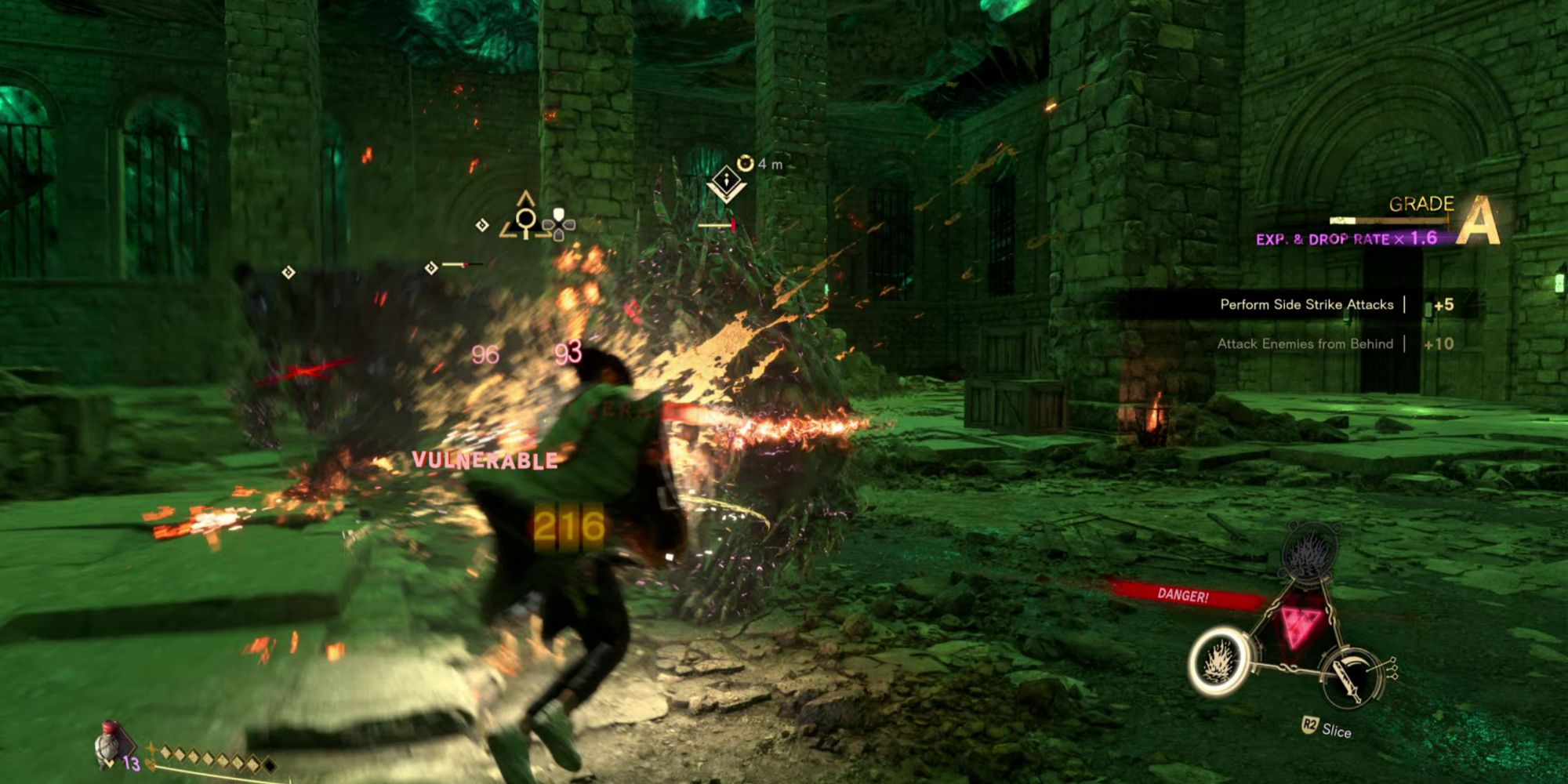 The right-hand alternate exit in the first room leads to a locked chest containing some Old Coins and some mana.

How To Beat The Proto Amphicynodon 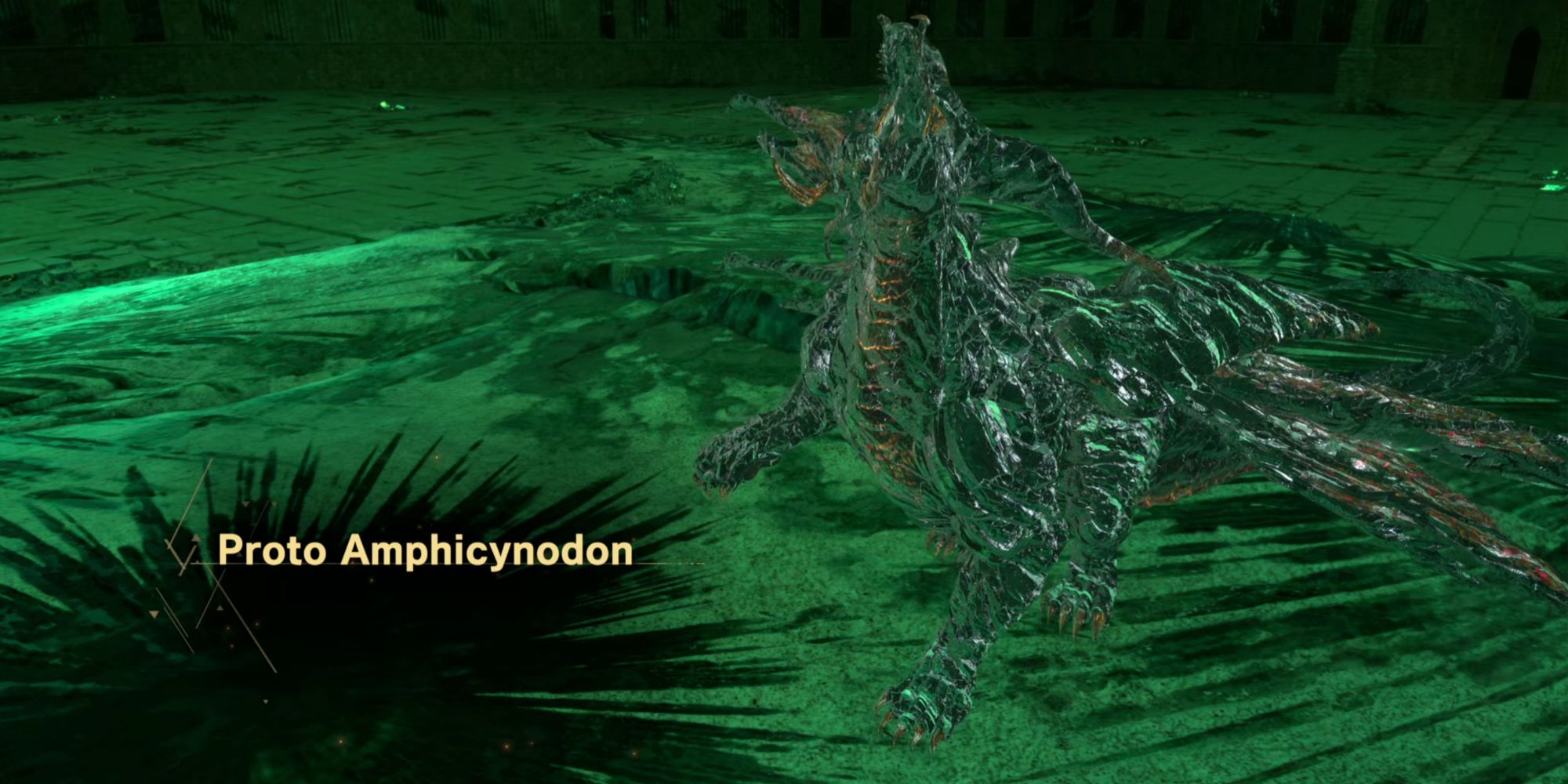 This is a single Amphicynodon, so if you're coming here after beating the Locked Labyrinth in the north, you'll have no trouble. 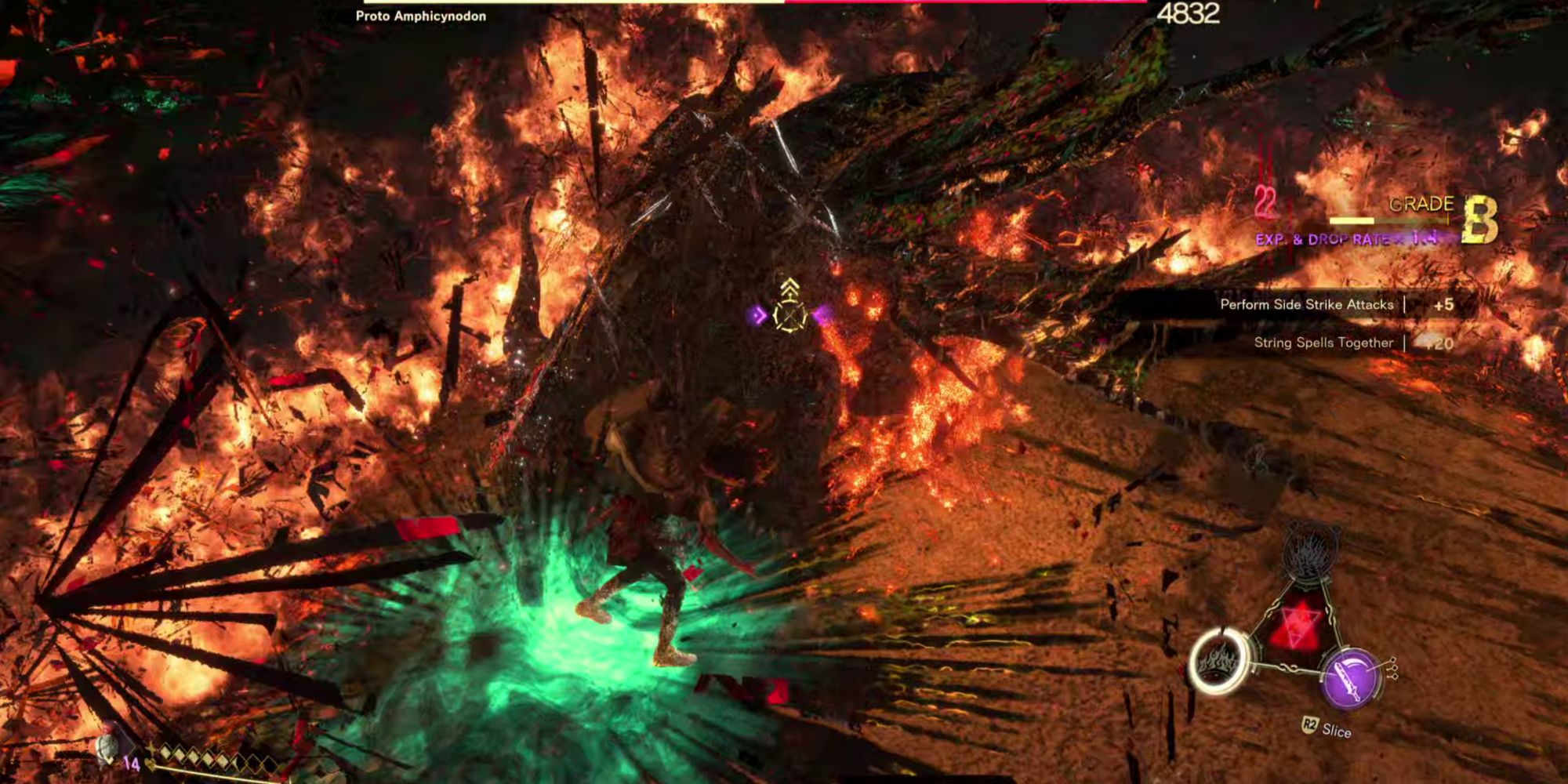 This boss is very weak to Sila's Magic and doesn't have many answers to a Frey with strong melee attacks. As a result, the best strategy here is to trap it inside a Crucible with you and use strong melee attacks like Rage Slice and the various close-range Support Spells offered by Sila.

This should make short work of it, especially if you're able to pull off a Surge Magic within the Crucible.

After winning, you can go ahead and procure your reward: the Sooth necklace.