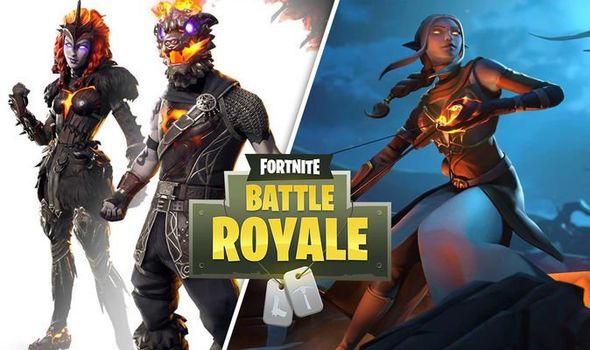 Fortnite fans have discovered lots of new skins in the 8.20 update game files.

The latest Fortnite update went live during a period of server maintenance on the morning of March 27.

With the update files now live, fans have uncovered new outfits, items and loading screens that will be released within the next two weeks.

This includes the Lava Legends Bundle, which will contain a whole host of new skins and items.

As you can see from the image below, other new skins include the Shaman, Nightwitch, Buccaneer, Sea Wolf and Prickly Patroller.

That’s on top of new items like the Cuddle Doll, the Demon Skull, the Cuddly Cruiser and Moonbone.

Interestingly, other leaked files suggest that a Wall Cannon and Bow will be released soon, perhaps as part of next week’s content update. 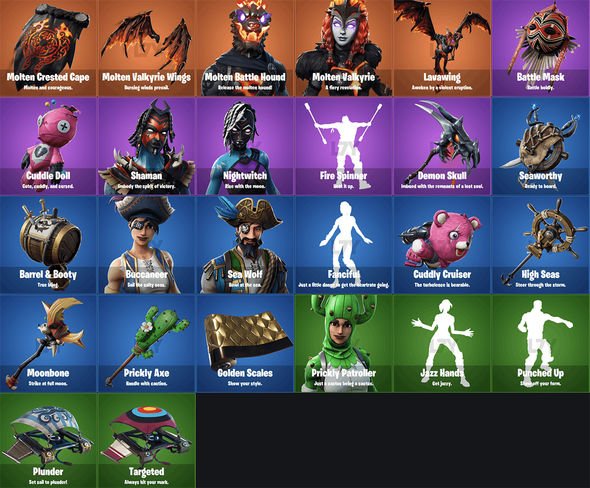 As for update 8.20, the headline new feature is a Poison Dart Trap and new LTM.

“Let’s cool down for a bit,” reads an Epic post. “Downtime has started for v8.20 update. Head over to the patch notes to learn about what’s new.”

“It’s a Poison Trap! Catch your opponents off guard with this new addition. But remember, watch where you step,” Epic explains.

Fans can also take advantage of new healing items scattered around the map. This includes Bananas, Coconuts and Peppers.

Perhaps the most exciting addition of all is the limited time Floor is Lava event.

“Lava gradually rises from the lowest parts of the map, and it’s hot!” Epic explains. “Drop in and quickly loot and gather materials so you can be the first to reach the high ground.”