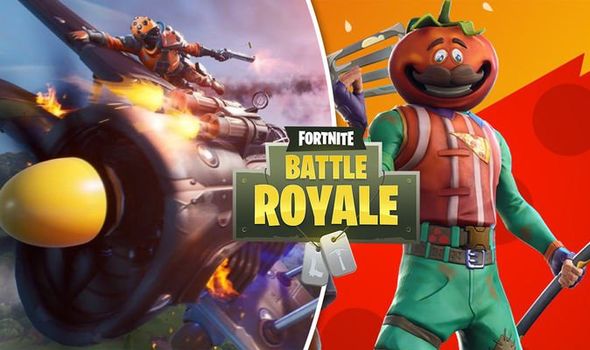 Fortnite update 8.40 patch notes have been revealed by Epic Games.

The latest Fortnite update launches during a period of server maintenance downtime on PS4, Xbox One, PC, Nintendo Switch and Android.

The update will also be available on iOS devices, although Epic warns that there might be a delay.

“We are working with Apple on certification for our latest patch,” reads an Epic post. “There may be a delay before the update is available in the App store once downtime is completed. We will update you as soon as possible.”

The new Fortnite update introduces the Air Royale limited time game mode. Playable in duos, teams will be eliminated for touching the ground.

The Food Fight mode also comes to Fortnite. With lava rising from the ground, teams must protect their mascot, before trying to eliminate the rival mascot when the danger has passed.

The Egg Launcher is also back, while the Infantry Launcher can be found in Epic and Legendary variants.

You can check out the full Fortnite patch notes below… 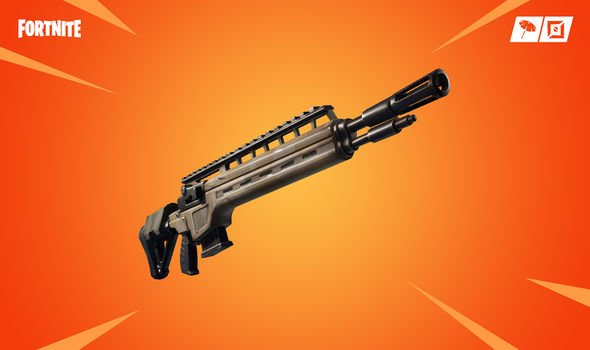 • Climb aboard a plane and take to the skies in this fast-paced mode where players fight to be the last one flying!

• Air Royale is lifting off as a Duos-only mode.

• Each plane has 3 lives, players will respawn until they lose their plane’s last life.

• Parking a plane on the ground for more than a few seconds will cause it to explode – stay airborne!

• Hijacking another team’s plane will add that plane to your existing number of plane lives (and cost the team who lost the plane a life).

• The storm has a ceiling that gradually lowers during the match. Be careful not to fly too high late in the match!

• Loot chests of five different rarities will fall from the sky, allowing players to upgrade the guns they are carrying as well as boosting their plane’s weapons for a short time.

• To receive the contents of a Chest, simply fly through it.

• If players receive loot from a Chest containing a weapon they already have that’s of the same or worse quality, they’ll receive additional ammo.

• Two teams on either side of the map. A huge barrier down the middle. Lava steadily rising up from below. Build a fort to protect your restaurant mascot. When the Barrier lowers, destroy the enemy’s mascot and then eliminate the remaining enemies to win the match!

• An impassable barrier will be spawned along the center of the map for the first several minutes. Lava starts rising from beneath the map a few minutes into the match.

• Each team will have an under-construction restaurant near the center of the map. Inside is a giant mascot head representing that team.

• If the mascot head is destroyed, that team loses the ability to respawn when eliminated.

• Players should use the time that the barrier is up to construct a defensive fortress around their restaurant.

• As soon as the barrier lowers, fight to take out their mascot before they destroy yours!

• Players will respawn when eliminated, keeping their inventory & dropping some ammo and resources.

• Building resources found on the ground increased from 30 to 50 per instance.

• No explosive weapons or items are in this mode.

• A small amount of free building materials are granted to each player every second.

• The restaurants are now much higher, requiring players to build up to them.

• May the best food win!

• This is a visual only change for the Grenade Launcher.

• Can be found from Floor Loot, Chests, Supply Drops and Vending Machines.

• You can now pet the dog… and other Pets!

• The Battle Pass Friend XP Bonus has been upgraded!

• Instead of giving a small XP boost to each friend in your party, you now get a larger XP boost for partying with one or more friends.

• In short, play any match with any number of friends and you’ll be getting the same amount of XP as someone who’s been playing with a full squad of Battle-Pass-owning friends.

• Fixed an issue where the Season 8 trailer wouldn’t play in some cases.

• Fixed an issue where the embers from environmental Campfires would linger if the floor they were attached to was destroyed.

• Fixed issue where Coconuts could not be pinged.

• Fixed an issue where turbo building could stop if you ran out of the current type of material you were using.

• Fixed an issue with Traps being be placed inside walls, making them difficult to see.

• Fixed an issue with Traps being placed inconsistently when auto-placed.

• Fixed ‘Emotes’ not playing when bound to specific keys.

• Fixed an issue when using ‘Replay Last Emote’ before using any other emote, so it now plays the emote in the default slot.

• Resolved a performance regression occurring on PCs with less than quad-core CPUs.

• Increased the size and intensity of the Boom Bow explosion effects to better represent the damage radius.

• Adjusted the attenuation of the Reboot Van cooldown and Reboot Chip ambient looping audio, so that it’s not as loud.

• Fixed an issue that would cause the Shotgun equip sounds to occasionally not play.

• Mimic! When bringing up your emote wheel there’s now an option that appears if you’re looking at another player doing an emote you own, to allow you to play the same emote.

• When hiding HUD elements in the options, some of them now collapse to free up the space they were taking up – the minimap for example.

• The Limited Time Mode Victory screen is no longer pushed out of place on mobile/Switch.

• Fixed an issue where drone speed was not saved when scrubbing

• Fixed an issue where scrubbing a replay while in Drone Attach mode would result in the camera being left behind.

• Updated the Baller controls on default and custom HUDs.

• Baller controls are available to be adjusted in the HUD Layout Tool for custom HUD players.

• Audiovisual shot indicators will no longer display for players in the same vehicle.

• Fixed an issue with the Android app icon being incorrectly displayed.

• Fixed an issue with Voice Chat while spectating

• Push-To-Talk button is also no longer hidden while spectating

• Fixed an issue where Auto-run would not activate in vehicles.

• Fixed an issue where the Reboot Card description was missing.

• Fixed an issue where the Arena overview panel was not displaying.

• Fixed an issue with the FPS counter being shown twice.

• Fixed an issue where the weapon icon would not display in inventory hot bar sometimes.

• Fixed an issue where textures would appear stretched when on a Creative Island.

• Fixed an issue that displayed a checkmark icon on certain commands of vehicles.

• Fixed an issue where a second storm wall would appear in the desert biome during the first closing period.

• Fixed an issue where some chests could not be opened.

• Fixed issues where weak wifi halted gameplay and could cause some disconnects.