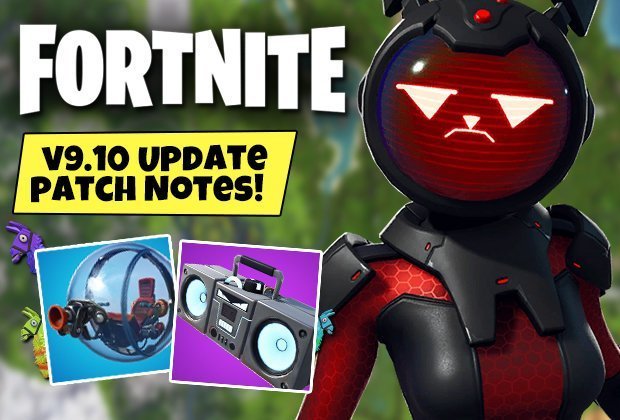 Fornite has changed seasons lately, and it’s around this time we can generally see some of the biggest patches drop as Epic gets to grips with all the changes in the first few weeks.

The new season saw the introduction of futuristic new areas, after previous zones were levelled and destroyed by a volcano eruption that took out Tilted Towers and Retail Row.

We’ve also seen a few weapons come and go in recent weeks, making us think there may be some changes coming to what gets Vaulted or what gets reintroduced to the game.

Speculation about what’s to come in future updates is based on previous updates from official Epic channels, or based on communication Epic has had via social media about what changes are due to land in the game.

So whilst none of what we have in this article is 100% confirmed to drop in the game, the second we get the official patch notes (likely coming tomorrow morning at around 8-10am GMT) we’ll update this page with the link.

In the meantime, here’s what you can expect to come in tomorrow’s Fortnite update.

Epic has already stated there will be some significant fixes coming to the game in terms of audio – in fact, we already know some of the patch notes thanks to an update from Epic itself.

“Release 9.1 will arrive soon, and we have continued to work on known audio issues,” notes the developer.

“This release features many quality of life improvements, especially around awareness of enemy players close by. Thanks for the continued Fortnite audio quality feedback in these threads, it really is appreciated. As always, please feel free to point out areas of audio improvement and bugs to us in the thread; we’ll be reading and investigating what the community shares and report what we’re working on. Here’s an overview of the improvements in release 9.1 and updates on the future audio roadmap.”

You can see this audio fix roadmap below.

We may also see some changes to how vehicles work in the game.

The modes of transportation were disabled back in Week 5 of the Fortnite World Cup and will continue to be out of action going forward, it seems.

Epic Games released a short statement about the Week 6 Fortnite World Cup via Twitter on May 16th:

“Due to an issue where players can become stuck in a vehicle and unable to exit, we will be disabling all vehicles in Arena Mode and the Fortnite World Cup Online Open through the weekend.”

It’s reasonable to think that we’ll see a fix deployed for this issue sooner rather than later.

We’ll update you when the patch notes drop.