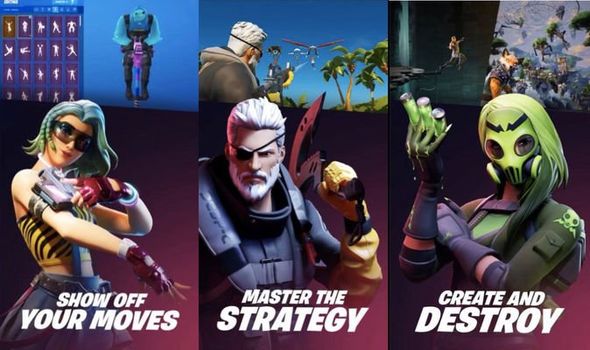 The brand new Fortnite Battle Pass brings with it new over 100 rewards and the chance to earn up to 1,500 V-Bucks.

The new Fortnite Battle Pass comes with a number of major changes to Battle Royale, including a new map for players to explore.

Another huge new change is the medal progression system which gives players a chance to level up in new ways.

Daily medals will be on offer which can be earned by hitting certain requirements which will offer you XP and rewards.

As revealed by the @defaultfnbr Twitter account: “Battle Pass progression has been entirely reworked this Season. Advance your Battle Pass by completing challenges and earning in-game Medals! Earn daily medals and fill out your punch card to maximize your XP”.

These Fortnite medals are: Battle, Scavenger and Survivor.

The starter skins for the new Fortnite Battle Pass have also been revealed, which featured in the chapter 2 season 1 cinematic trailer.

The starter skins are an eyepatch wearing old soldier, a toxic-themed skin, a fisherman skin and a colourful, futuristic skin.

A blue, goopy skin is also showcased in the Fortnite Battle Pass trailer which looks adorable.

The Fortnite tier 100 skin meanwhile is a cosmetic in a ninja-like get-up that can be wearing a bright blue mask.

Other things the new Fortnite Battle Pass will bring with it is the ability to channel your inner Solid Snake by being more stealthy.

In the trailer it’s shown players can hide in dumpsters, and they likely will be able to hide in other objects around the island.

It’s also shown that you will be able to pick up downed teammates and carry them to safety.

• Stay tuned to Express.co.uk for more Fortnite news and updates